This device can be connected to a 4K TV or Home Theater setup through an HDMI port and it enables users to stream high-resolution media from their Smartphones or the Internet. The 4K image quality and the plethora of options that cover almost all needs of everyday TV and Internet users seem to offer much more than their price suggests. We've put together a list of top 4K streaming boxes, you definitely need to know more about. Let's have a walk through the selection of some of the best 4K streaming boxes currently available on the market.

Streaming boxes have been around for a while now, but until recently, none of them offered 4K streaming services. The next step was bound to happen sooner or later because an increasing amount of 4K content is becoming available each day and the future of cinema and TV seems to be in 4K. 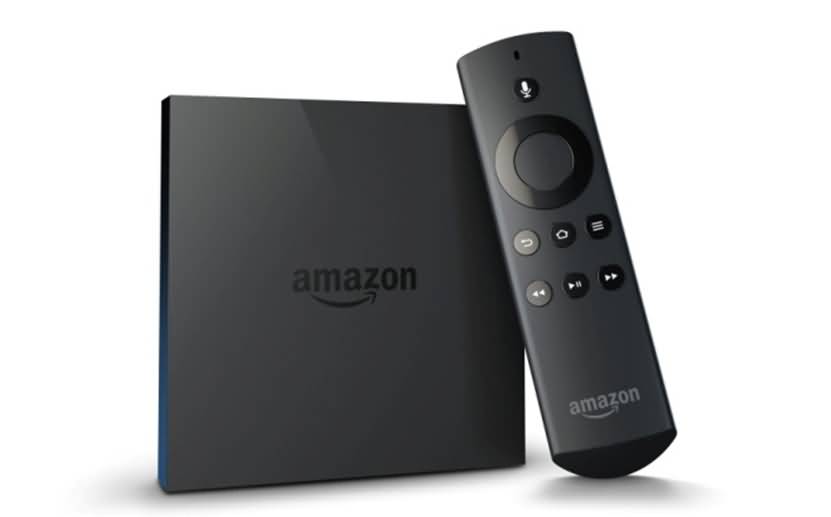 At the first glance, you may not notice the difference between the standard Fire TV and Fire TV box that has a UHD 4K support, which in itself is not such a bad thing given the minimal yet stylish look of the former. On the rear end of the box are HDMI, USB, LAN and Micro SD slots that provide all the necessary connectivity options to enable a steady and seamless stream. The 1TB Ethernet connection is perhaps the safest way to have an uninterrupted UHD 4K, although it's worth noting that the highest frame rate for 4K streams is 30 fps. Lower resolutions like 1080p and 720p can be streamed at 60 frames per second.

Inside the box, the Amazon Fire features a quad-core MediaTek processor and a PowerVR GX6250 GPU. Furthermore, Amazon's latest TV box has a 2GB of system memory that makes this home entertainment gadget a gaming powerhouse. The external storage capacity is 8GB, but it can be extended to 128GB through the Micro SD slot.

The new Amazon Fire TV box has a highly responsive Fire OS that is focused on accessibility to all types of content. However, Amazon Prime isn't a built-in app and it must be installed in order to experience the full potential of this amazing 4K streaming box. 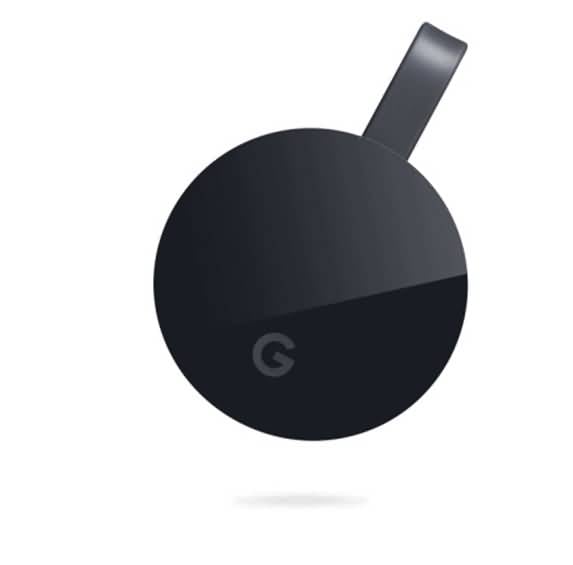 Although similar in appearance to its predecessor, the Chromcast Ultra is an upgraded version of the Google's Chromecast in literally every way. The iconic circular design is accompanied by a highly functional connectivity options, but the Chromecast Ultra is currently available in just black color. The USB and HDMI, LAN ports are placed at different positions around the disc, while the USB port used for charging the device must be connected to a power source, unlike the previous model that could be charged by plugging the device into a USB port on a TV.

The Chromecast Ultra is capable of playing vivid and crystal clear 4K images because it is equipped with both HDR-10 and Dolby Vision technologies. In addition, the Google's latest version of Chromecast supports a large number of codecs, that make sure that a wide array of digital files can be played by the device. The loading times for both 4K and HD content are extremely fast, which enables users to enjoy the content they are streaming even more.

Apps like HBO Now, NFL Sunday or Netflix are available but not all content is available in 4K. The Cast button allows you to play movies, sporting events or music from your Smartphone or tablet without draining the battery.

The glossy, compact Roku Premiere+ offers superb 4K and HDR support and much more to users who are willing to pay a little extra to get all the benefits of this remarkable media streamer. The HDMI, USB and the Ethernet ports alongside a Micro SD slot guarantee a stable connection required for the streaming of high-resolution content. The remote is equipped with a headphone jack that enables the user to listen to what they are streaming even when they are not directly in front of their 4K TV.

The Roku's Premiere+ media streamer uses the Roku Channel Store to gain access to countless apps and streaming services. Google Play, Sling, Amazon or Netflix apps are available worldwide, while some specific services and apps are offered to users in different regions of the world. Roku Premier + would certainly benefit from a more innovative interface, but it is still extremely easy to set up. Quad-Core processor, HDR-10 and 4K video output at 30fps all guarantee that Roku is a reliable media streamer capable of stable streams of 4K content. 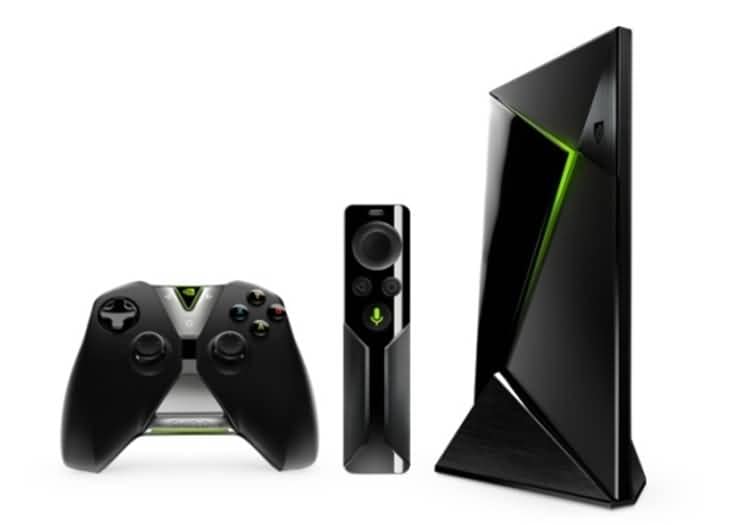 The gamers will love this NVIDIA's media streamer because the Shield update enables them to stream video games such as Assassin's Creed Syndicate, WatchDogs 2, The Crew and much more. In terms of visual appearance, the NVIDIA Shield Android TV stream box is nearly identical to its predecessor. Both models also share the NVIDIA Tegra X1 processor and have the same configuration of HDMI, USB, Ethernet and power ports. The X1 processor provides enough power to enable 4K HDR streams at 60fps, and make the Shield stream box faster than most of its competitors. The redesigned controller that looks like an X-box pad might not be everyone's cup of tea, but new and improved built-in microphone that can pick up voices from a wider area, certainly makes NVIDIA Shield's voice commands much more accessible.

This streaming box has a GeForce Experience software the enables the user to connect the device to a Ubisoft UPlay account and access all of their favorite video games. Apps like Google Play Movies, Crunchyroll or Netflix, and countless others are also available. Currently, NVIDIA Shiel Android TV is the only media streamer that includes 360-degree YouTube videos.

If it weren't for the inscription on the front end of the streaming box, no one could tell Roku Ultra and Premiere+ apart. Even though Roku's Premier+ sets some pretty high standards, their Ultra model set the bar even higher. The Roku's superstar streaming box features an HDCP 2.2 HDMI 2.0 video output, an optical audio port, USB 2.0, port, SD card slot and a 12V power adapter. The remote provides direct access to apps such as Showtime, Spotlight, Hulu, and Netflix, while the content library featured on the Ultra model is more or less the same as the one used on several previous models.

The Roku's Ultra model can stream 4K and HDR content and it requires only a short amount of time to load the images. However, the manufacturer recommends a minimum of 15mbps per second connection for optimum performance. With a plethora of apps and streaming options, the Roku Ultra is perhaps one of the best streaming boxes on the market today, if not the be 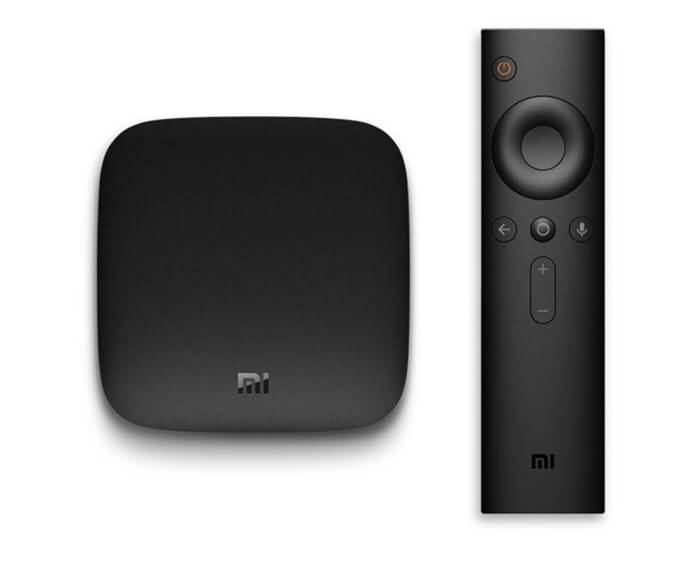 The Chinese electronic manufacturer has come up with a streaming box that offers superb properties at a very low market value. Their futuristic Mi Box is equipped with just, HDMI output, USB port and audio in, but the USB offers a possibility to use the USB to Ethernet adapter. The outside of the Xiaomi's streaming box might be underwhelming, but the features inside the box will impress even the users with the highest standards.

To begin with, the Mi Box utilizes a 2.0 GHz Quad-processor worthy of the best streaming boxes on the market today. Furthermore, 2GB of RAM, 8GB external storage space and an 802.11 ac WiFi all contribute to overall strong streaming performance. The Xiaomi Mi Box can stream 4K content at 60fps, while HDR-10 technology enables it to stream 4K HDR content.

The streaming box uses the Android TV OS that offers plenty of streaming services as well as a Google Cast that enables you to stream from tablets, websites or Smartphones. However, the Xiaomi Mi Box would probably benefit from a more user-friendly OS that offers more options.

Max Wales
Max Wales is a writer and a lover of all things video.
Follow @Max Wales
You May Also Like
How to Edit Videos: The Ultimate Guide for Beginners

We have gathered top 8 of the best 4K Blu-ray players, so far, in order to provide you with all the information, you might need if you are thinking about getting one of these incredible playe