Since release of Toy Story in 1995, the 3D animation cartoons and movie industry has never looked back. No matter whatever your age is, the 3D cartoon animations are always a visual treat. Year after year, more and more cartoon movies in 3D animations are made which makes the characters and situations appear interesting in 3-dimension space.

The effects of 3D cartoons and animations are unmatchable. So, if you too are keen to know about the best 3D animations cartoon to enjoy with your friends and family, you are reading on the right page.

If you want to enjoy an interesting and creative cartoon animation movie, there is a wide selection to choose from. Below we have shortlisted the best 3D animation movies for you to enjoy. 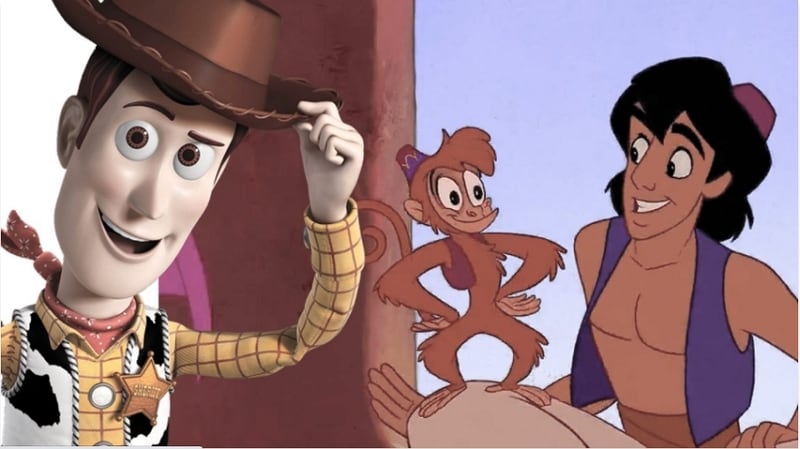 Let's start the list with the first ever animation which cartoon which was ToyStory that was released in the year 199The movie revolves around a cowboy doll called Woody which is owned by Andy a young boy. Woody thinks he is the favorite toy of Andy, but he finds himself in a difficult situation when parents of Andy get him an action figure Buzz Lightyear. The story moves in an interesting way where Buzz thinks that he is a spaceman and he is on a mission where he has to go back to his planet.

The movie is about the zoo animals who escapes from Madagascar after a wrecked airplane is reassembled by the penguins. The craft could maintain to stay in the air only above the African continent. The members of their own specie are is encountered by the New Yorkers. As the movie moves ahead Alex and his friends feels that Africa is a better place that Central Park.

This is an animated comedy movie where a robot called Rodney Copperbottom looks for his idol in the company in the Robot City and then he finds that the new owner has created a plot to cheat the older robots for buying the upgrades that are expensive.

This is again an animated comedy movie revolving around Stork and Tulip (human partner) who works in an online store called Cornerstore.com in the distribution center. A boy sends a letter to the company and then accidently Stork and Tulip creates a female baby and then the journey begins to deliver the baby to the boy by protecting him from the manager of the company.

The story is about Lewis who has grew in an orphanage and is an inventor. The energy of this 12-year-old boy scares his potential parents as he works entire night on a machine where he scans his memory to look for his birth mother. The movie interestingly moves ahead where Lewis meets Wilbur who is a young traveller.

This is an animated comedy adventure movie by Walt Disney that revolves around high-tech blazing fast racing cars. In the movie, Lightning McQueen is a 7 times winner of Piston Cup and then new gen entries like Jackson Storm comes in which is loaded with all the latest technology and methods of training.

Produced by Pixar animation, this is an animated adventure movie that sold over 40 million of copies as of 2006 making it the best-selling DVD title of all time. The movie is about clownfish called Marlin who lives in the Great Barrier Reef along with his wife Coral. All of the eggs laid by Carol are killed in barracuda attack and only one damaged one is left which is names Nemo by Marlin. The movie revolves around Nemo.

This interesting animated movie is about a girl names Riley who has 5 emotions who are personified – Joy, Fear, Disgust, Anger, and Sadness. The movie moves as Riley along with her parents move from Minnesota to San Franciso and tries to adjust to the new environment and during this phase the personified emotions guides her.

This fantasy animated movie produced by Pixar Animation Studios is inspired by Day of the Dead (Mexican holiday). The story is about Miguel who wish to become a musician in spite of ban on music by family generations. The boy reaches to the Land of the Dead and there he meets Hector who is a trickster and two become friends. The move moves along discovering the journey of these friends.

Released by Walt Disney Pictures this animated comedy movie is about a young rat called Remy who possess an exceptional taste and smell sense and he wish to become a chef. Remy and his family lives in an attic of a house owned by an elderly woman and one day they get revealed by the woman and while fleeing, Remy gets separated from the other rats. As the story moves, he gets into the drain and there he is encouraged by imaginary Gusteau and finally he lands in his Paris restaurant.

Free download of these movies are available on several streaming sites online.

Have you ever wondered, how these superb 3D animation and cartoons are created? It's the magic of the video animation software and programs that gets the task done. A wide range of tools ranging from beginners to advanced level are available that can help create 3D animations in a hassle-free manner.  So, whether you wish to create a simple 3D animation for your friend's birthday or want to create a professional looking movie, check out the below listed tools.

When it comes to video editing and animations, the first name that comes to the mind is Adobe 3D Animation software. This excellent professional tool can let you create cartoon as well as other 3D animations with great space and details. Make your animations look lively and interesting using various tools of the software like Animate, Charatcer animator, Illustrator, Illustrator Draw, and others. The software is available for download on Windows, Mac, Android, and iOS devices. Multiple plans for the software are available and depending on your requirements, you can choose the best suitable one. 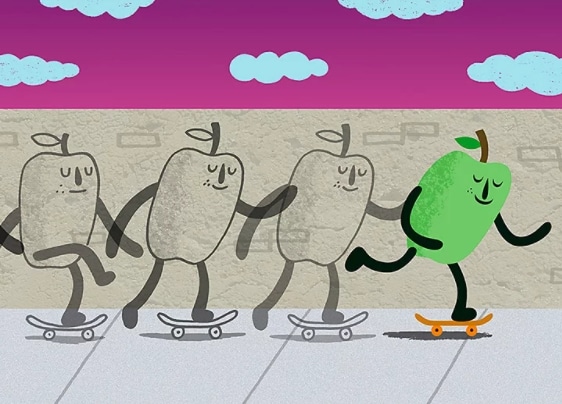 ● Support to all types of complex editing and animation creation.

● Multiple tutorials available online for various functions of the software

● Need to purchase the software to use all its features.

Blender is a 3D graphics tool that allows creating games, cartoon animations, visual effects, and more interesting content. Free to use, the software support videos in key formats like AVI, QuickTime, MPEG, and more. Being an open-source tool, the software is used by a large number of people across the world for basic as well as advanced and professional requirements. 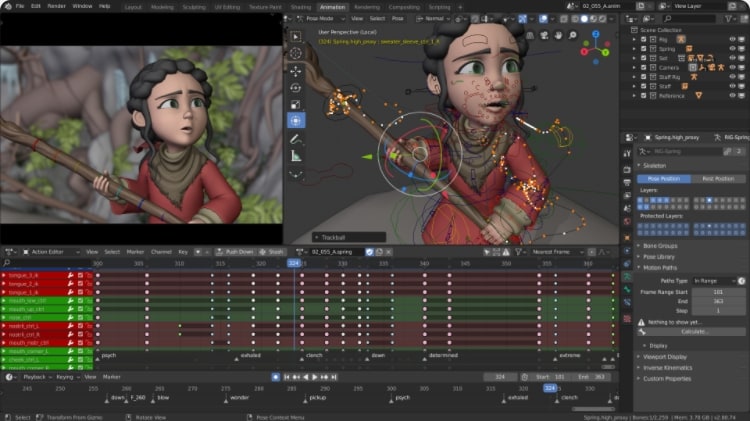 ● Allows to check the real-time preview of the 3D animation and the footage.

● Create impressive and lively 3D animations in a hassle-free manner.

● Interface is complicated and not very intuitive.

Created by Autodesk, MotionBuilder is a 3D character animation software that can be used for multiple tasks like keyframe animations, cinematography, motion capturing, and much more. The software is majorly used for creating cartoon animation movies, TV productions, and other projects. Flexible subscription plans are available for the software to meet your requirements. 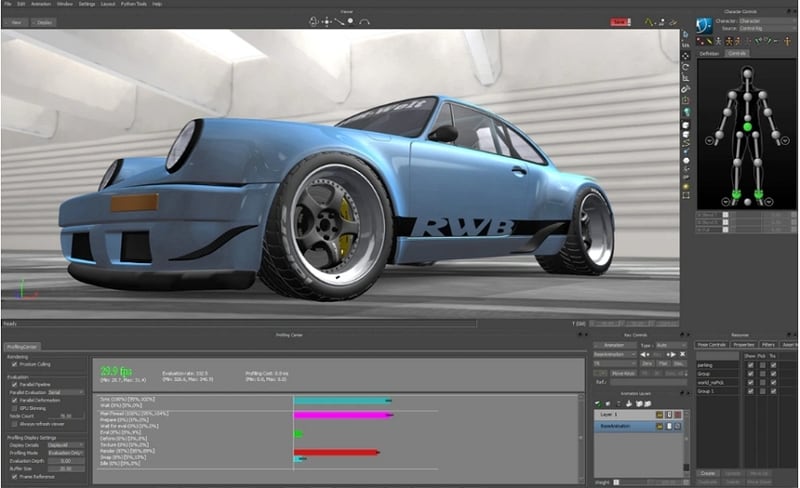 ● Issues with force closing of the software.

● Interface is not very smooth and layout editing options are limited.

Created by NewTek, Lightwave 3D is a popularly used3D graphics software that allows creating impressive animated 3D animations as well as static images. Using a wide range of functions supported by the tool, desired animations can be quickly created. The software is easy to learn and pricing is also pocket-friendly. The software offers real-time 3D interactive collaboration. 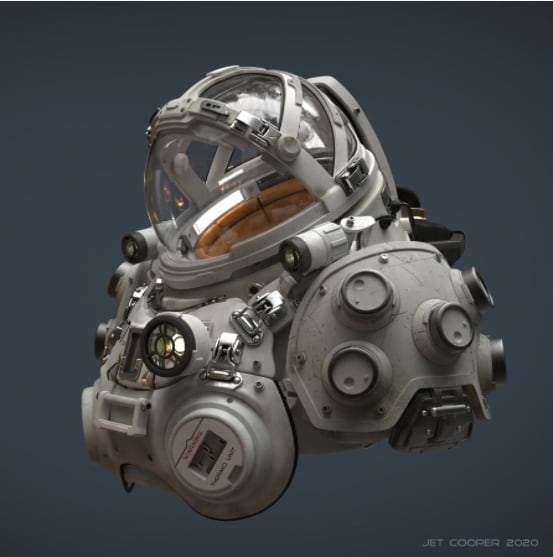 ● The UV technique of the software allows mapping 2D images on a 3D structure.

● Comes with character shading and rendering along with global illumination render engine.

● The help options to use the tool is not very friendly.

This is another excellent video editing software that lets you create 2D and 3D animations like a pro. Multiple features of the software can be used for creating the desired video with animations and cinematic affects can also be applied. While working with the program, you will not have to worry about the video quality as it retains the quality.

● No option to export only some parts of the timeline.

● Requires a fast processor and RAM for quick working.

● 3D cartoon animation movies have become popular all across the globe and among all age groups and genre of people.

● There are several interesting animated movies being made with different background and plots like Toy Story, Finding Nemo, Ratatouille, and many more.

● To create 3D animation video, movie or a clip, several 3D animation software is available. One such professional tool is Wondershare FilmoraPro.