10 Stunning Stop Motion Movies That You Should Not Miss

10 Stunning Stop Motion Movies That You Should Not Miss

We do have some recommendations for you. Even more than that, we've compiled a comprehensive guide on stop motion movies in hopes of introducing this often-forgotten art to those that may have never thought to appreciate it before.

Complete with an introduction, some examples of great stop motion animation movies and a peek at what the process is usually like for the professionals working on said movies.

First, that overview we promised. This will be a brief introduction to introduce certain key knowledge that you might not already know. Of course, for those who want to head straight to the recommendations, they can do so by skipping to of this article.

01What is a Stop Motion Movie?

The best way to introduce the concept of stop motion animation movies is to first reiterate that it is, literally, the oldest form of animation in film. This was what all the animators did before they figured out how to create the software required to make their characters come alive in a different way.

It involves a lot of crafting, a lot of maneuvering, a lot of careful and precise adjustments. To put it in the simplest way possible, it's the process of taking a still image of a scene. And then introducing 'motion' by changing the elements of said scene, little by little, and taking a picture at every opportunity in between. So that all the still images come together to create the illusion of movement and motion.

02What is the Most Successful Stop Motion Movie?

There are plenty of answers that could be given in this case. Perhaps it should be the first-ever stop motion movie to be made? Which was "The Humpty Dumpty Circus" created by Blackton and Smith with their own daughter's dolls.

You might also consider success by way of long-term watch ability. If so, then old classics like the "Nightmare Before Christmas" or "Rudolph the Reindeer." And finally. You have "Chicken Run" which is considered the best performing stop motion movie of all time. Having earned somewhere around $17.5 million in its first, weekend showing.

Now, how about some of the more popular stop motion practices to come out in the last couple of decades? Different from the stop motion movies of old but still the same at heart. What do we have to say about them?

Well… Since our thoughts on the subject are distinctive, we thought to break it up. First starting with Lego Movie stop motion animation. This stop motion movie animation style, also called 'Brickfilms', is the practice of using Lego to create stop motion animation movies. It's been around since the 1970s, but it was only 2003 that the first official film was released by Lego, who partnered up with a production company to create films for them.

It ended up being one of the best choices for them. Especially in terms of marketing their toy products, and the practice had only grown in popularity since, with both kids and adults alike finding joy in the end product.

In this case, props, objects, character models, and other materials are used in order to sculpt a 3D model of a scene, and pictures are taken to capture motion. The first of the movies of this style is called "Tune with Tomorrow" but you might be more familiar with the title "Coraline."

We mentioned this stop motion movie previously, but in case you haven't already watched it, it's a classic. The storytelling elements of "Coraline" really matched the stop motion style of animation. It was released in 2009 as a 3D movie and it shares the story of a little girl that finds joy and excitement in an alternate reality. Only to realize that it wasn't all that it was chalked up to be.

"The Nightmare Before Christmas" (1993) is another stop motion animation movie that you might have already heard of before. It features the memorable character, Jack Skellington (the Pumpkin King of Halloweentown.) You can usually catch this film airing somewhere on television during the holiday season, as the story is all about Jack Skellington's obsession with ruining Christmas.

This next stop motion movie, called "Chicken Run" (1994) was also mentioned before. It is, as was previously discussed, the highest performing stop motion animation movie on the big screen. It features quite a varied cast of chickens in a poultry farm all aiming to make an escape by learning how to fly.

The next film, released in the same year as "Coraline", is called "Fantastic Mr. Fox." This was directed by Wes Anderson, who goes on to tell the story of the main character, 'Mr. Fox' and how his misadventures involving some of the local farmers in the area got—not only himself—but also his family in danger.

Rudolph the Red-nosed Reindeer is another holiday classic. This one is a lot older than some of the films on this list but is no doubt just as well-known (and perhaps even more so when you consider the older generation.) Much like the nightmare before Christmas, you can usually find this film airing sometime during the holidays on any one channel.

From the makers of Coraline is the stop motion animation movie, called "Kubo and The Two Strings" (2016). It tells the story of Kubo, who goes on a search for a suit of magical armor in an effort to destroy an evil plaguing him. It's quite a beautiful film and is critically acclaimed for the level of effort that went in to making sure that it was produced in a way that honored the timeless art of stop motion.

This next stop motion film is quite unique. It's called "Alice" and it was released sometime in the late 1980s. The fun part of this story is that it begins with a live actress playing Alice. In fact, even the rabbit that leads her to wonderland, and eventually turns her into a porcelain doll, was a taxidermized hare that escaped from its display case. In this way, the stop motion aspect of the story is integrated in a fun way that matches the mood of the rest of the hypnotic story to come.

Another stop motion movie that had been released in 2009 (a big year in stop motion animation) is called "Mary and Max." This one tells the story of a young girl and man. One living in Australia and the other in America. The two characters form a penpal-ship that takes them through both personal growth and development, making it quite heartwarming.

Categorizing this film as 'stop motion' one gave us pause because, technically, only half of the film was done in the stop motion style. However, that doesn't detract from the evident beauty in those scenes — which speaks not only of countless efforts but gives life to the exciting classic story of "The Little Prince."

Another classic that you might recognize is "Frankenweenie" which was released in 2012. It starts off quite grim, with a young boy bringing a dead dog back into life — only further adding to the goth aesthetic that the style of the characters is rocking.

Part 4 How to Make a Stop Motion Animation Movie

For the last part of this article, we move on to the promised 'tutorial'. It won't be all that comprehensive, but it should give you a better idea of how stop motion movies are created and the kind of effort and hours that are put into it. Perhaps it will inspire you to try your hand at the process yourself.

The first and most important part of setting up for a stop motion movie is to prepare your camera. As any little bit of jostling can cause a whole scene to look jarring, you'll need to make sure that this is taken care of. Otherwise, you might be forced to redo a scene unnecessarily.

In this case, the invention of tripods turned out to be a major boon, as it kept the camera at the correct vantage view. 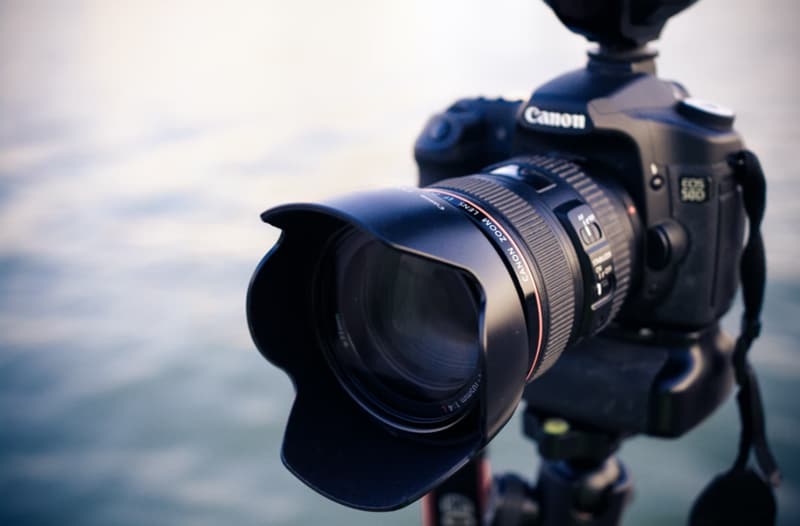 02Step 2. Prepare Materials for the Set.

Of course, as props and materials are important for bringing characters to life in a stop motion film, you'll need some pre-prepared in order to start. 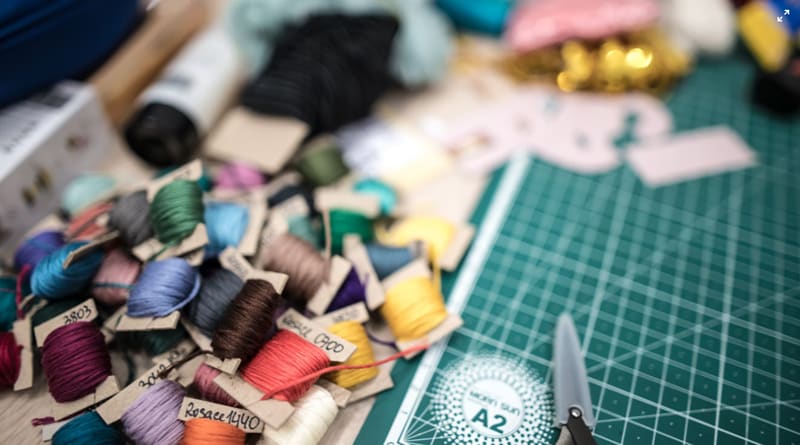 For stop motion, it's important that both the scene and the camera are kept in stable positions. After all, the background will be captured too.

And, to allow for that illusion of motion, it's best if a still object is compared to one in motion. So, pay very careful when setting up your recording studio. It can make or break your project. 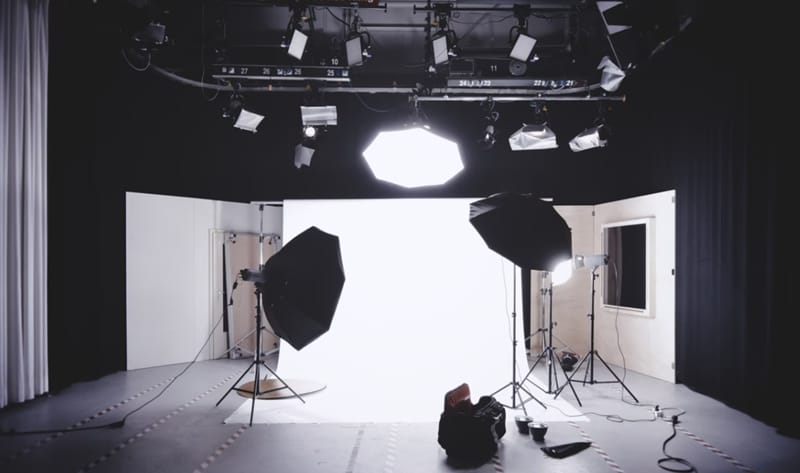 For the last step, you'll need to pick out an editing software that you can use in order to put together your still images and create a video.

For that, we recommend the professional Wondershare Filmora Video Editor. It's all set up for professionals and beginners alike, allowing you the freedom to create characters that are both simple and complex with ease. In this case, of course, the goal is to put together your story through all the different frames that you captured in the process.

● Stop motion animation is a classic way of telling a story of fantastical characters and settings without having to draw everything frame by frame.

● It offers any film a very distinctive style that a lot of lovers of the classics find themselves constantly seeking out.

● If you go through the list that we organized out of some of the best stop motion movies in film history, you'll notice that they're all quite acclaimed for their masterful storytelling and fun graphics (which, before the creation of 3D animation as we know it today, was the height of entertainment.)

● This classic art form can be accomplished by just about anyone with the right equipment and a little bit of effort. It takes some patience, as we hoped to have explained in our tutorial, but the effort is worth the sense of fulfillment that comes when a story told in stills turns into a masterful animation that brings static objects and characters to life.