Download on the App Store
Get it on Google Play
Download
Download
Call us: +1-60-4343-8521
Mon-Fri 6:00 PM to 11:00 AM Pacific Time
International phone rates may be charged by your service provider
Filmora Video Editor
The best game recorder for you to capture and edit popular gameplay.
Try It Free Try It Free

Slack Vs. Discord: Which Is Better for Your Team

Discord is popular among gamers as they use it to connect with team members, stream their play, and interact within the community.

Though, that is not to say that Discord is useless for non-gaming purposes.

Slack offers a pretty similar scope of use to Discord as a group chat application. However, it only caters to working individuals looking to liaison for projects and communicate effortlessly for work-related tasks.

Although they may be similar in a lot of ways, which is better for your needs? Let's compare them in detail and find out!

Pricing is where Slack takes a hit. If you're low on budget, Discord is definitely a better option. Slack users must pay for a subscription, with the plans starting from $6.67 per month for simple features, such as removing the limit of 10,000 searchable messages and 10 integrations.

In contrast, Discord offers free access to users with pretty much no limitations. Users can keep their team's message history in the free version and generally access most of the features.

However, if you want extra perks, such as higher screen sharing quality, extras space, or animated emojis, you can subscribe to the Discord Nitro plan. Slack vs. Discord has a clear winner if you're only considering the price point: Discord! 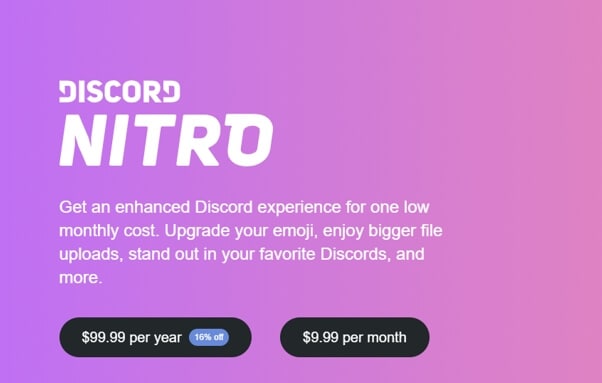 Discord has a Nitro plan that provides unfiltered service, whereas it is still completely usable without it. 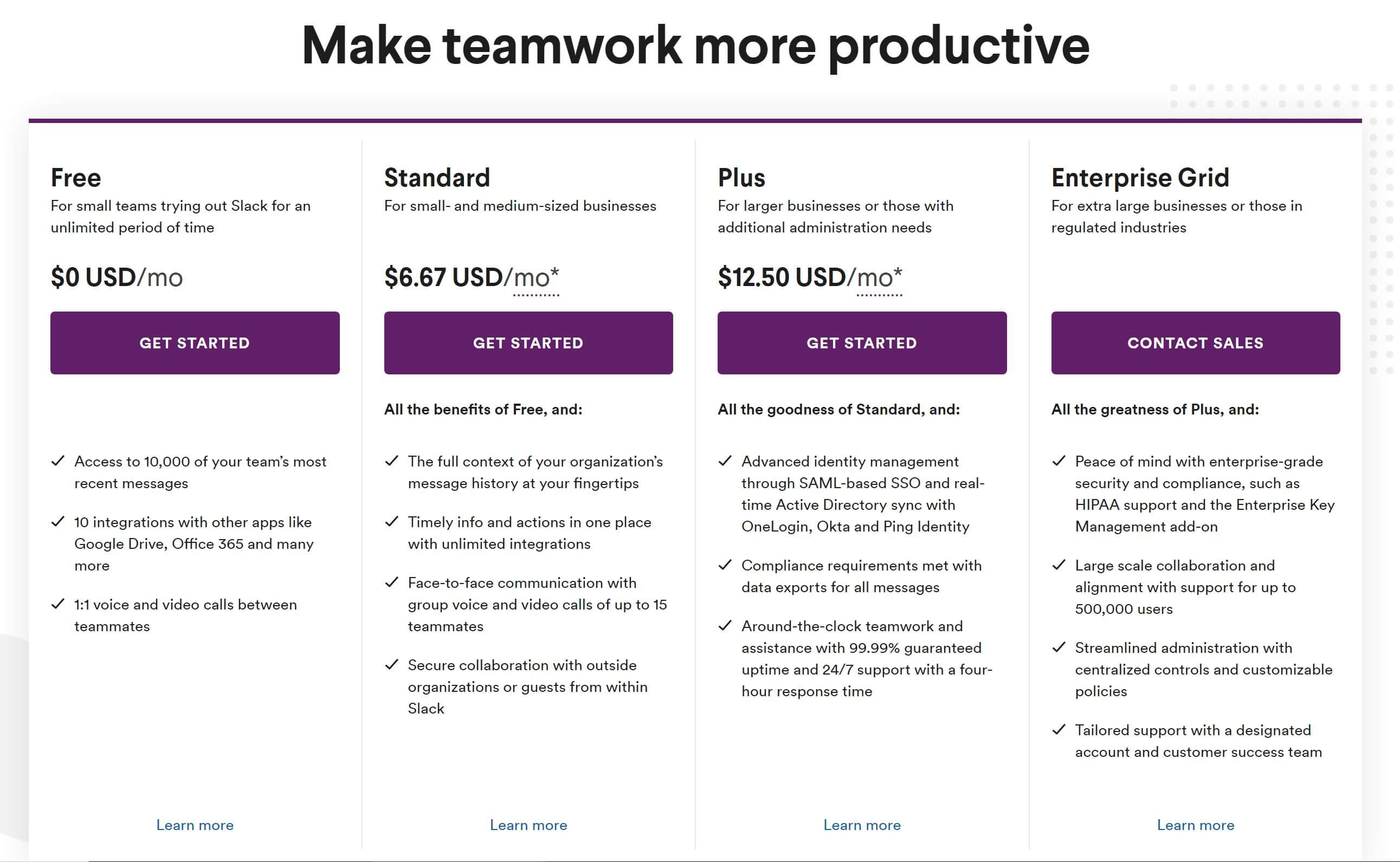 Slack has various limits to features on three different levels

Both apps share many similarities in their template and interface. Users will find their contacts on the left and conversations on the right on both apps.

However, Slack's interface is much more user-friendly and concise, with all the DMs, apps, and channels visible on the right.

In contrast, users might be initially thrown off by Discord due to its more complicated nature. If they want to access channels and direct messages, they will have to find them through different menus.

But compared to Slack, users will find it easier to customize their Discord profile. They can add different theme colors and a light mode.

Slack's customization options also offer variety, but applying the changes can be quite cumbersome because of the complicated format. Discord is more intuitive when compared to Slack in terms of use.

Also, what you see as servers in Discord are essentially teams in Slack, and switching teams in Slack is more complicated than changing Discord servers. 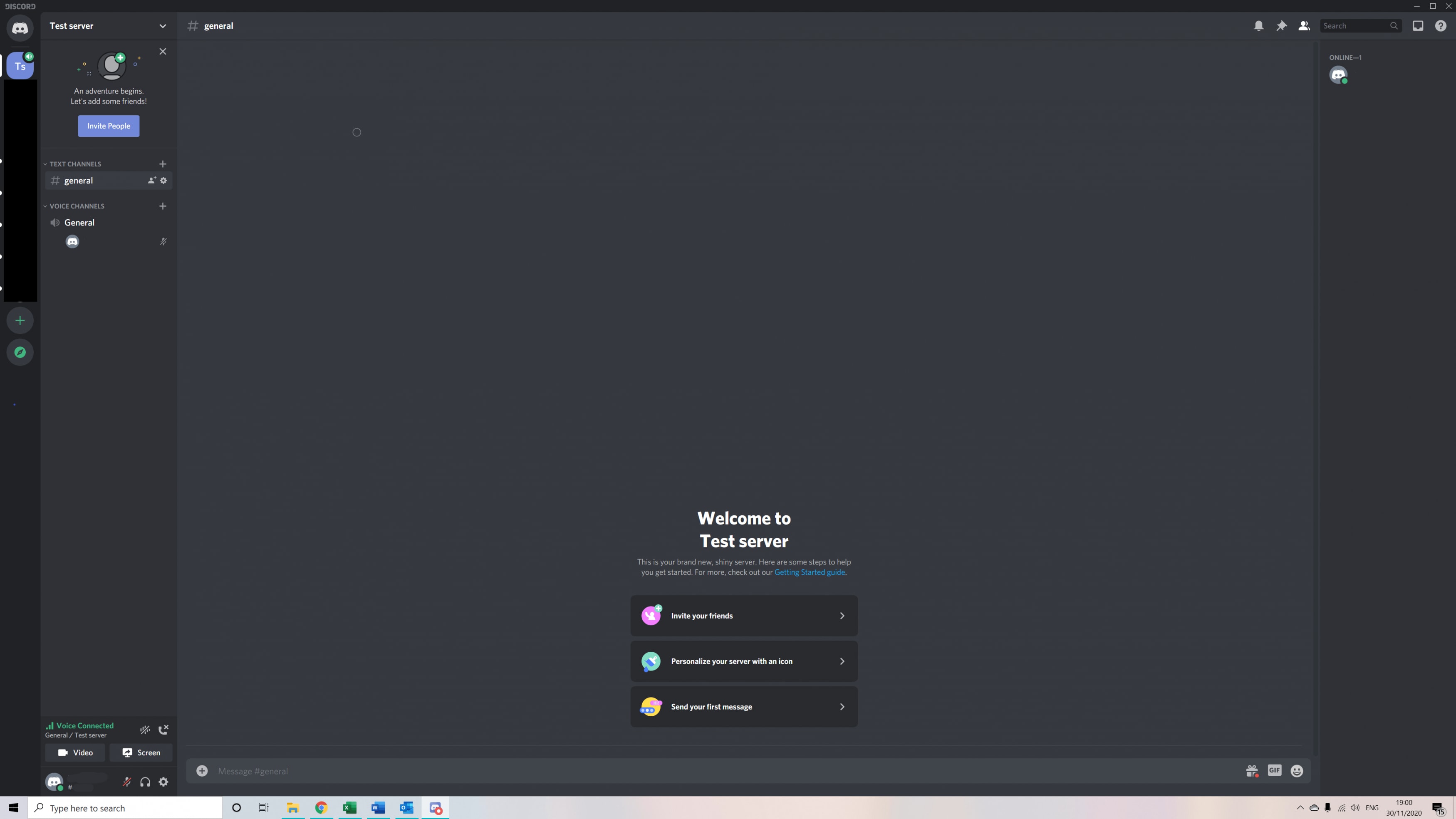 Lastly, when using Discord, you can join and leave servers at will, while you will have to go through an onboarding process for each team in Slack.

Slack vs. Discord is so hotly contested because of their similarities, and the interface is the biggest one of them all!

In contrast, Discord channels only allow for communication using text and voice. Channel members can be assigned specific roles, and users can also communicate via private channels.

Moreover, Slack does not have an official limit for team members, while Discord does have a server limit of 500,000 members.

Discord is known for its voice calls, allowing users to access special voice channels to just join and start speaking. 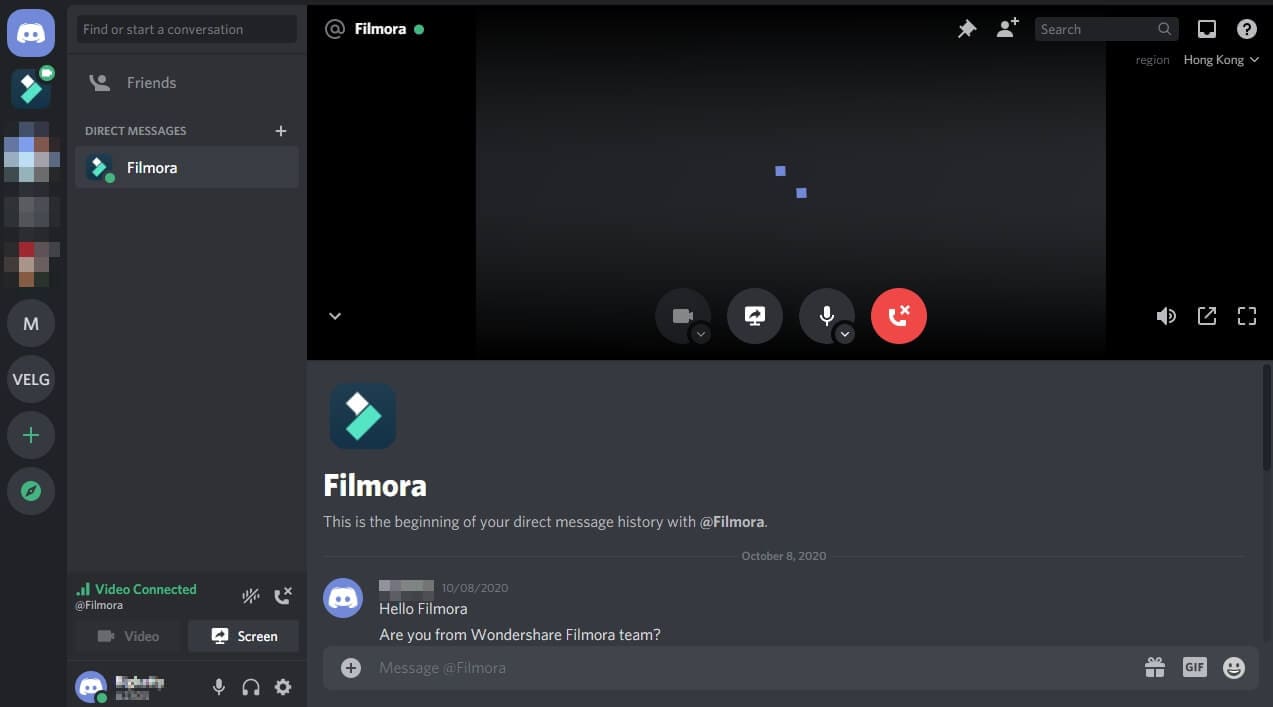 This feature is desirable to gamers who want to interact with friends in between games. Users can speak to 5,000 people simultaneously and see up to 9 friends at a time.

In contrast, Slack offers quite basic video calling features, missing out on crucial features like noise suspension and echo cancellation, which Discord offers.

Also, Discord offers a push-to-talk feature where users can turn their mics on during gaming sessions. 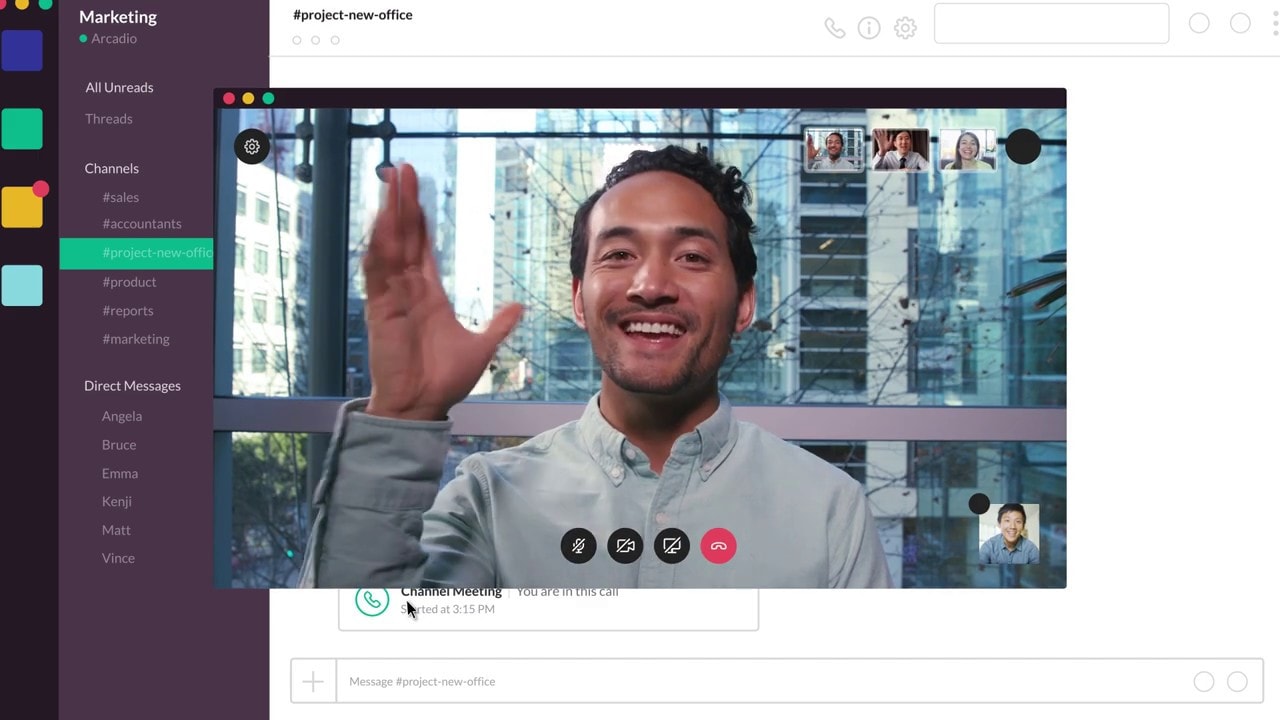 On Discord (left), the video call hub will drop down from the top, whereas, on Slack (left), the hub appears in the middle of the screen

Both of these apps do not feature built-in voice messaging. Slack does offer the luxury of recording voice messages, but that requires third-party integration. Discord completely misses out on this feature.

If we were to rate the two apps for video calling features, Discord seems to come out on top, offering many advanced features for its users.

Users can share files on both Discord and Slack, with the size limit of files being the main difference.

However, Slack users cannot save these shared files forever, while Discord allows their users to save unlimited messages and file history.

This feature is handy if users need to access the files they shared in the past. They can also subscribe to the Nitro plan for longer backlogs and get a 50MB limit per file instead of the 8MB in the free version. 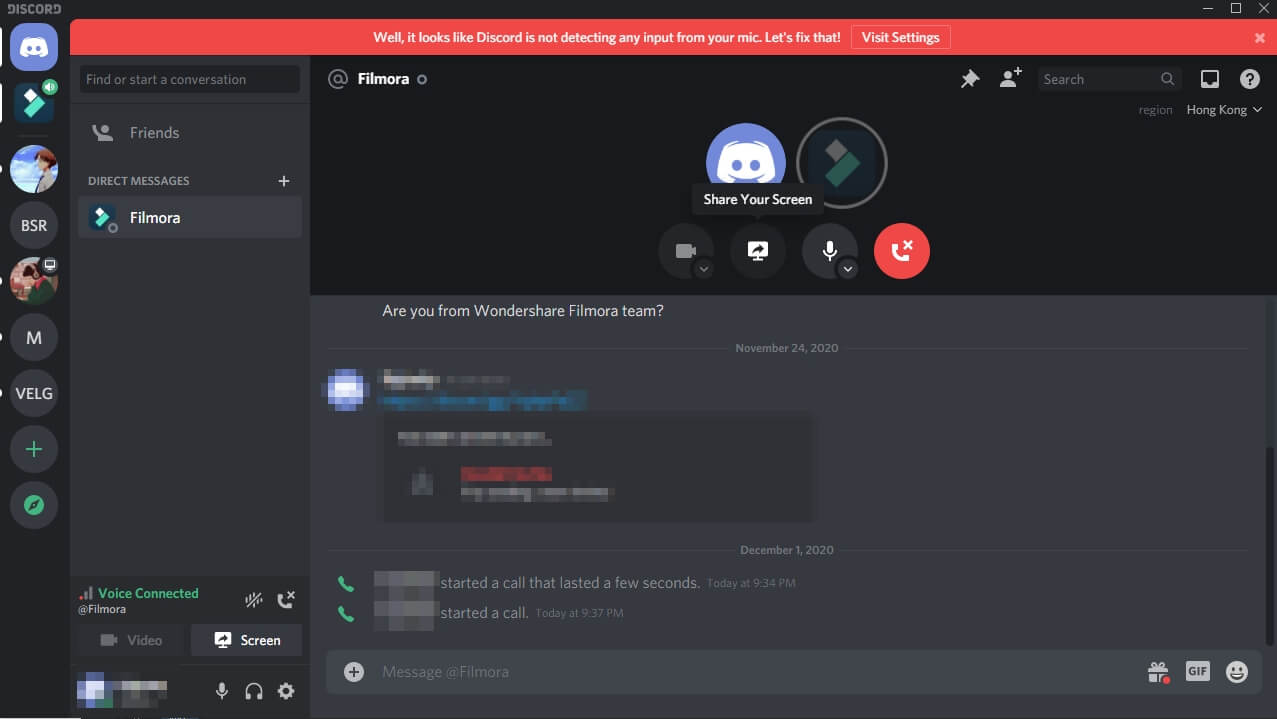 With Slack, users can even share Google Drive, along with code and text snippets, which is a valuable feature for business and work-related file-sharing.

In contrast, users can only share files from their own device on Discord. However, it is necessary to confirm before sharing files in both apps, which can be cumbersome for large file transfers.

The file-sharing prompt on Discord (left) and Slack (right) is also somewhat similar, with both providing instant sharing by holding down the Shift button

Slack restricts video calls to two people, except for users who have subscribed to an extension plan. For paid users, the limit extends to 15 people.

It allows anyone to share their screen on a video call, regardless of their payment plan, and users can access both video and voice calls with the same button.

Discord also allows users to share their screens with other members, giving them the luxury to share their entire screen, a particular window, or gameplay with up to 9 people at a time, without making any changes to the settings.

Image: The screen sharing tools on Discord (Left) are more descriptive and provide more options than those for Slack (Left)

When it comes to video calling and file-sharing, both apps can boast their qualities, catering to different target audiences and serving various purposes.

Discord prioritizes voice chat, where gamers can communicate with their friends while playing games. Slack is more business-centric as it emphasizes text chat, file transfers, and project collaboration, with a slightly more formal structure.

If you're looking for a more social-media-oriented network, where you can communicate with your peers easily in an informal manner, Discord is the right app for you. It is a dream for gamers, and now even for people collaborating at work!

However, if you're looking for an app that caters more to work-related purposes, with a large number of integrations, and a text-oriented layout, Slack will serve you well. It's an adequate team chat app for businesses and organizations.

At the end of the day, Slack vs. Discord is a fight whose victor is down to the user. What app you choose depends on your purpose and the goal you want to achieve.

And although Discord is well-placed to be the future of communications, as it stands, some gamers use Slack, and some businessmen use Discord. So, there's no saying that one app serves only one specific purpose.