Things You Should Know About Pokemon Unite Zeraora

For those unaware, Pokemon Unite is the latest MOBA-inspired adaptation of the highly prominent Pokemon franchise. Lovers of Pokemon can download this game for free and begin their journey to grab Pokemon Unite Zeraora. If you never knew, Zeraora is the thunderclap Pokemon, and it is only available for free for a specific duration. 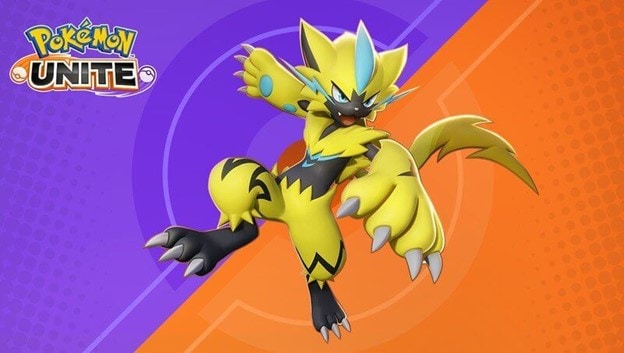 Before we delve into all you need to know about Pokemon Unite Zeraora, you must bear in mind that Pokemon Unite is a game that can be played freely. In this game, two groups will be competing in teams of roughly five. The mission is to try to score as many points as possible against every opposing team. The biggest part of the game is to unlock new Pokemon that you will use in the battle. One of the Pokemon to unlock is Zeraora.

It must be noted that Pokemon Unite Zeraora is a mythical Pokemon that was first available only to players that played Pokemon Unite before the 31st of August. However, due to the mobile release, Pokemon Zeraora can be earned by any player that missed the deadline. For those interested in unlocking Zeraora, you will have to log on and download Pokemon Unite. Note that, Zeraora was only available as a limited free reward.

Currently, there is another opportunity for players to add Zeraora to their roster. Zeraora is a Pokemon sun and moon mythical creature. It is regarded as one of the powerful characters players will encounter in Pokemon Unite. At first, players were required to unlock Pokemon Unite Zeraora by redeeming a launch bonus in the game's menu before the 31st of August.

Zeraora can be earned purely via gameplay due to the update made on the 22nd of September. If you want to see the challenge, you are to go to the menu and open it by clicking on the picture of your trainer's face. Or, you can open it when you press the ZL button. From here on, select the submenu tagged as events. This is where the daily missions are shown. By the third open in the submenu, you will find a button tagged Zeraora mission. Clicking on it will show you how to get Pokemon Unite Zeraora. In the mission description, it says that you should participate in many Unite battles. When you participate, you will be liable to get the Unite license for Zeraora. It further says that you are to win thirty-two battles and get the Unite license for Pokemon Unite Zeraora. 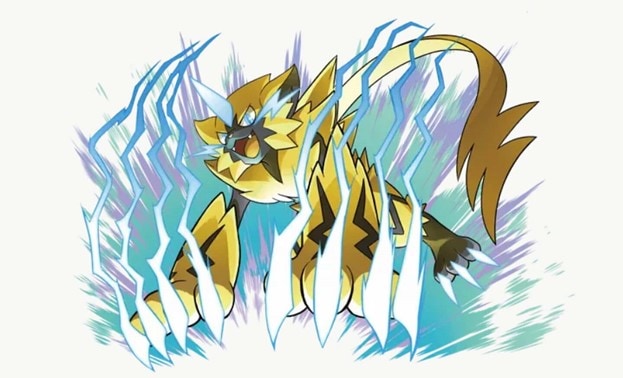 Note that the Zeraora mission in your event tab is capable of tracking the number of matches out of thirty-two that you have successfully won. The players will be able to gain some other rewards while working on this mission. Remember that you are to get roughly one hundred Aeos tickets at two wins as a player. Then, four hundred and fifty Aeos coins at eight wins, plus fifty item enhancers at sixteen wins. For those who may have Zeraora's Unite license already, you will be given six thousand Aeos coins when you unlock it. If you will be playing the ten-minute ranked battles and win all matches, it will take you an estimate of five and half hours to fully unlock Zeraora. Unlike other Missions in the Pokemon Unite game, Zeraora's mission does not have any timed element.

Pokemon Unite Zeraora is categorized as a speedster that specializes in lots of attacks in the game. It has incredibly high statistics in offense and mobility. All of these make Zeraora ideal for moving swiftly and attacking enemy Pokemon. However, it has a low Endurance. Players will need to watch its HP level and be prepared to make a swift retreat when needed.

Note: Do not use Zeraora for focusing or support. Instead, use it for the collection of Aeos Energy and even scoring of goals.

More so, the basic attack is capable of restoring your HP on each third use. Also, a spark can help to restore HP when you reach level six. The plasma gale is its best move as it can cause a huge amount of damage to the Pokemon around and enemies. It is the ideal move when you need to clear the battlefield. Additionally, plasma gals can build a zone wherein the range and power of Pokemon Unite Zeraora's Basic Attack are fully enhanced. When it comes to difficulty, Zeraora is on an expert level.

You must practice having a good understanding of all its moves. 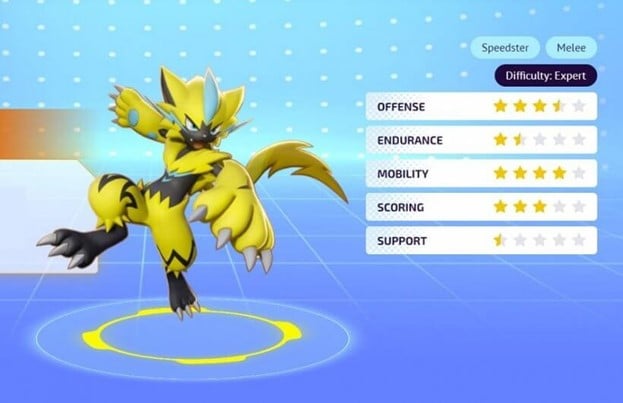 You must note that Pokemon Unite Zeraora can hold about three items. You should select items that will enhance its attack and speed. It does not matter the build you select for the electric type; speed is important. Some of the best-held items include:

The float stone will make a quick Pokemon move more quickly. It is also capable of enhancing the damage of the Pokemon's basic attacks.

Pokemon Zeraora makes use of the muscle band as it will give a bonus in attack damage for every hit that was successful. It will also be dependent on the HP of the opponent.

It is advisable to equip the Shell bell. The shell bell can partially heal the Pokemon after every ability is used. It is also known to increase unique attack power.

Since Zeraora is fast, it is only normal to expect it to land more hits. Players should capitalize on this by making use of the scope lens. This will up its chances of landing some damaging hits.

The scope lens is responsible for increasing hit rate and damages for crucial strikes.

On a general note, reading this article will give you a clear insight into all you can expect from Pokemon Unite Zeraora. Aside from its speed, you will love the damages it gives to its opponents. However, you must practice a lot before taking Zeraora to the battlefield.

This article will introduce how to share screen on Discord step-by-step.