Scene Detection is an advanced editing feature offered in Filmora, which can be used to automatically split a film into basic temporal segments by detecting the transitions between shots in a video. It will greatly facilitate your job if you don't want to edit your video frame by frame but would rather quickly edit some short clips in a large piece of video. The steps below will show you how to do auto scene detection with Filmora.

Import media files to Filmora. You can either click the import button to bring up a pop-up window to choose files stored in your local computer, or you can just drag and drop the files to the interface. 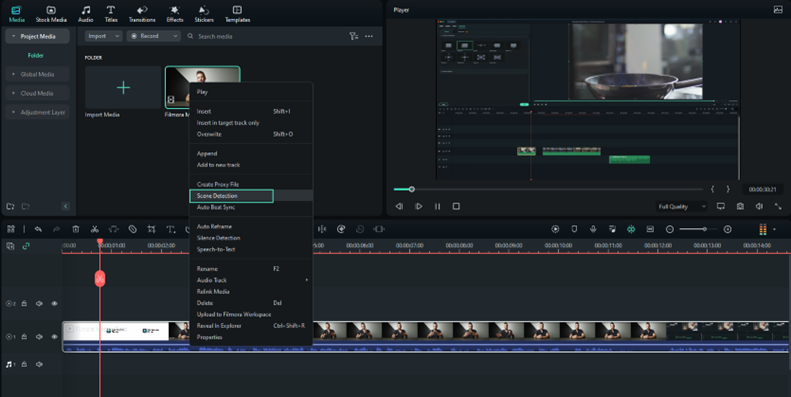 Detect All the Scenes Automatically

In the pop-up window, simply click Detect, the original file will be separated into smaller segments in seconds. You can double-click on the segments to preview. If you are satisfied, click Add to Timeline, all segments will then be moved to the video track on the timeline. 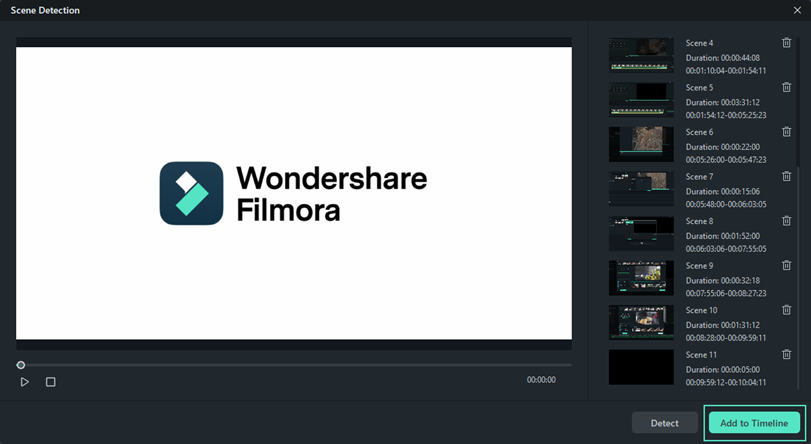