Everything About Minecraft Caves and Cliffs Update 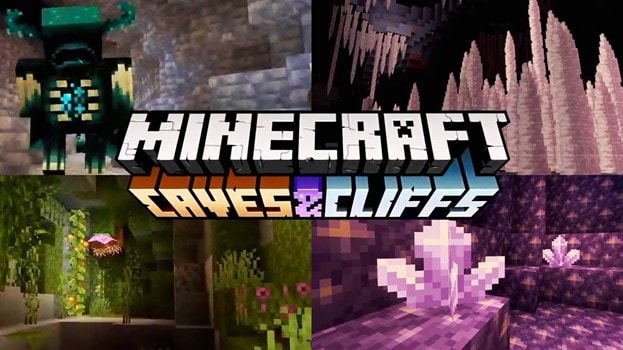 More so, this Update will be making its debut in two distinct releases though under one theme and umbrella. This Minecraft caves and Cliffs Update will change the Minecraft game of 2021 dramatically. As stated above, Minecraft caves and Cliffs will make its debut in two parts this year. While the first Update made its debut on the 8th of June, the second Update will make its debut later at the year's ending. Note that the first Update was released as the Java edition 17.0 and the bedrock edition 1.17.0. This edition added some things such as:

The second part will be released as the Java edition 1.18 and the bedrock edition 1.18.0. It will be providing gamers with: 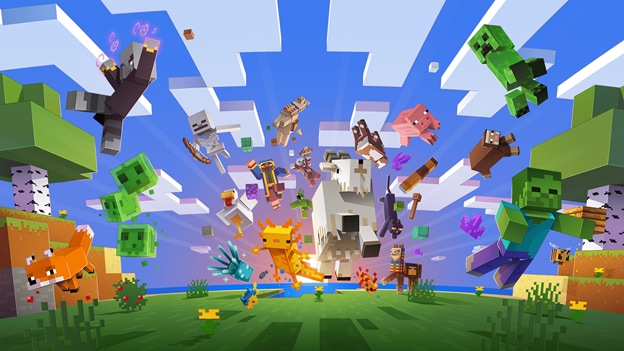 Bear in mind that the debut of Minecraft caves and Cliffs update was made known during Minecraft Live 2020. As of the 14th of April 2021, Mojang studios made it known that Minecraft caves and cliffs will be divided into two updates. The reason for this division has to do with the complexity of the content and the amount. Also, the health of the team was put into consideration.

As mentioned earlier, the first part has already been released, and this was done on the 8th of June, 2021. Also known as the 1.17 version, it is smaller, and it is the less ambitious part of the bigger Minecraft caves and Cliffs Update to come. This part will be coming with lots of enhancements and features that players will ultimately love. Some of the new features to find in the Minecraft caves and Cliffs Update of the 1.17 version include: 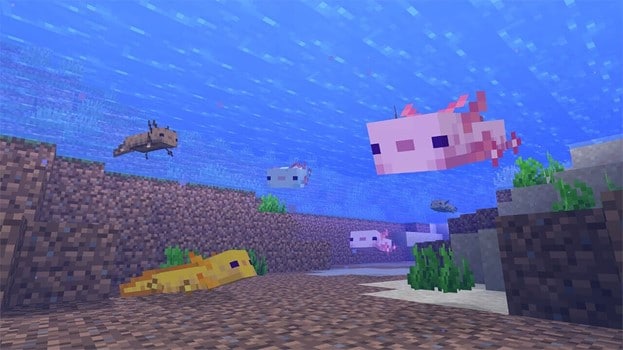 Some of the creatures to expect are:

The glowing squid is spawned underground water sources and even in total darkness. However, since they glow brightly, players can see them coming.

They are non-hostile amphibious creatures that come from the underground water.

Players will find the goals in the mountain regions, and of course, these goals will ram into you if you get too close.

Some of the plants to see are:

The cave vines in these Minecraft caves and Cliffs grow downwards from the ceiling. And they tend to produce glow berries. The glow berries will be used as either a light source or food source.

If players use bonemeal on them, they will grow into the Azalea Trees.

These are decorative blocks though the Moss Carpet can be gotten from the Moss blocks.

You will find them growing on either water or clay. If players make use of bonemeal on them, they will get taller.

The type of miscellaneous blocks you will find in the Minecraft caves and Cliffs include:

They can be positioned on any solid surface, and they are available in sixteen colors.

You will find them underground, and they can also be mined using a pickaxe.

This is a new trap block, as anything that walks on it will immediately sink into it.

This Minecraft caves and Cliffs Update comes with crafted items like lightning rods to protect the buildings from lightning strikes. And spyglass to see things from afar.

In all, this first half will add three new mobs and about ninety-one items and blocks. 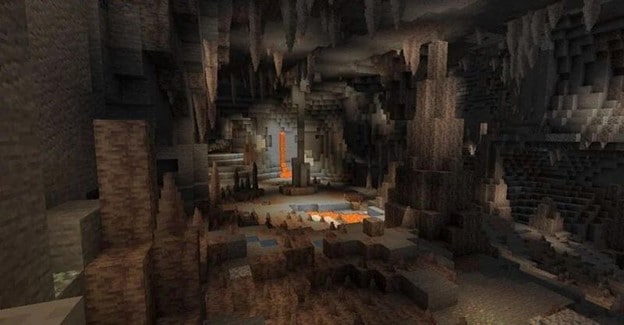 Part two of the Minecraft caves and Cliffs Update will be the more exciting half of Minecraft caves and Cliffs. This second half will be released towards the ending of the year 2021. At the moment, there is no specific date for its release. Nevertheless, its release will come with intriguing new features that players will love. Its most significant new features will include many updates to the world generation and doubling the Minecraft worlds' size. More new mobs will be seen, as well as craft items and blocks.

With this second part of Minecraft caves and Cliffs, some of the features to expect are:

The dripstone cave adds both stalactites and stalagmites rather than being wholly composed of the usual Minecraft blocks. However, ensure you do not fall into the stalagmites pit.

This is one biome that adds plenty of colors to the underground areas. It is filled with glow berries and blocks covered in green. This cave can be found when players seek Azalea Trees. The trees grow above them in the overworld.

The deep dark biome is not for the faint-hearted players. This means that once the cave begins going dim, you will need to leave this part. The dim lights are a sign that the scary warden mob is close by. The warden mob is a new addition.

The Creatures that will be found in this part are: 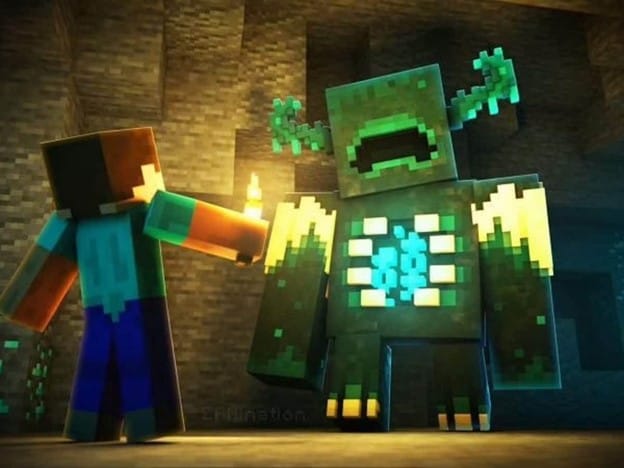 They are the latest mobs that live underground and respond swiftly to vibrations and movements. They are to be avoided as they deal plenty of damage to players and come with an increased health pool.

You will find the sensor/skulking block in this part. They are positioned underground in the terrain of the warden. These skulk blocks are set off by vibrations and sounds. You will be amazed that they emit a Redstone signal whenever they are triggered.

In all, players will love this yet-to-be-released version. Nevertheless, other features that are to come with part are not yet known. 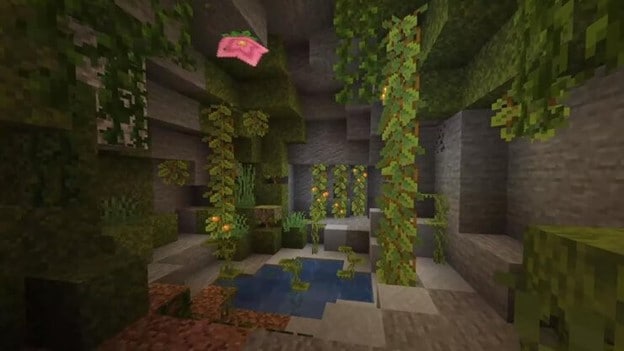 On a general note, lovers of Minecraft will have an exciting adventure when playing the latest Minecraft caves and Cliffs. As you enjoy the first release, be sure to be readily prepared for the second release.