How to Take a Screenshot on iPhone (All Generations)

A little over a decade since the first iPhone was released, it is hard to imagine a world without them. A significant portion of our lives takes place in this virtual space to which iPhones provide the access to. It is hardly surprising that we often feel the need to capture iPhone's screen since private and professional communication as well as countless other aspects of our lives are closely linked to these remarkable devices.

Fortunately for us all, taking a screenshot on an iPhone is a simple process that doesn't take more than a few seconds and in this article we are going to show you how to snap screenshots with the buttons as well as using the AssistiveTouch of your iPhone X, iPhone 8, iPhone 7, iPhone 6, iPhone 5, iPhone SE or iPhone 5C.

How to Take Screenshots on iPhone X with buttons?

Unlike previous generations of iPhones, the iPhone X doesn't feature a Home button, which slightly changes the screenshot taking process. However, you still just have to press two buttons in order to take a screenshot on an iPhone X. Here's how you can accomplish this. 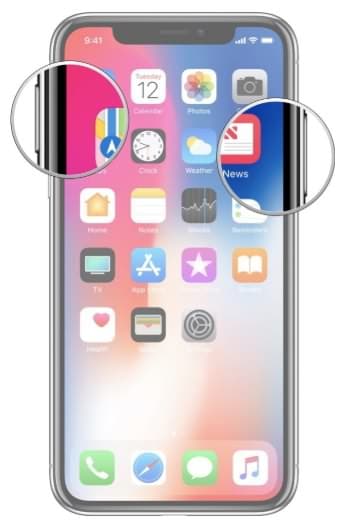 Prepare the device's screen for the screenshot by making sure that the app or whatever else you want to take the screenshot of is clearly visible on the display. Afterwards, press and hold the Side button located on the upper right side of your Smartphone and then press the Volume Up button on the left side of the phone. Hold the two buttons at the same time for a few seconds, and your iPhone X will flash and you'll hear the camera click sounds which signifies that the screenshot has been captured.

The picture will be saved on the camera roll and you can access it using the Instant Markup feature. Alternatively, you can use the Photos app to access the screenshots you take on your iPhone X.

Owners of iPhone 5 and iPhone SE should know that the Power/Side button is located at the top of their phone instead of on its right side where the button is commonly situated on other iPhone models.

A notification will appear on the screen informing you that the screenshot was successfully taken if you have iOS 11 installed on your iPhone, and you should tap on it in order to edit or share the image you've created. The Photos app can be used on an older version of iOS to edit or share screenshots.

How to Take Screenshots with AssistiveTouch on Any Generation of iPhones?

Using a combination of buttons is not the only way to take a screenshot on an iPhone since the AssistiveTouch feature enables you to perform this task effortlessly. The first step is to make sure that the option is toggled on. You can do this by launching the Settings app and then selecting the General menu. Tap on Accessibility in the General menu and simply switch on the AssitiveTouch feature. 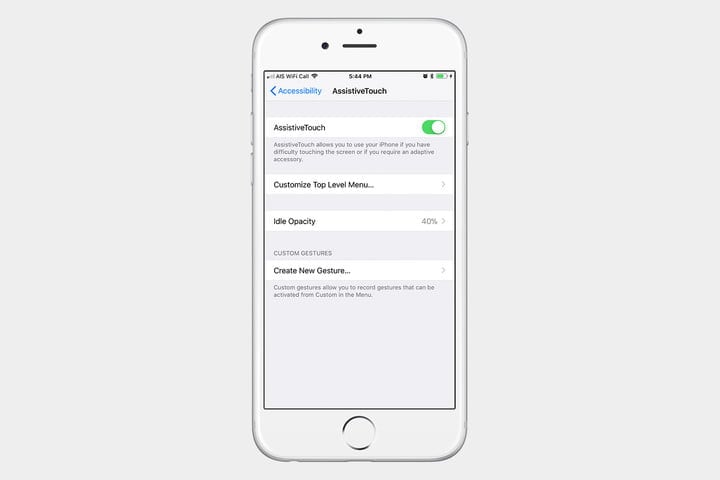 When the AssistiveTouch is activated, its menu that offers a number of options will appear on the iPhone's screen. You should tap on the Device icon, and then once again tap on the More icon that can be accessed from the Device window. Tap on the Screenshot icon when ready to capture the screen of your iPhone. 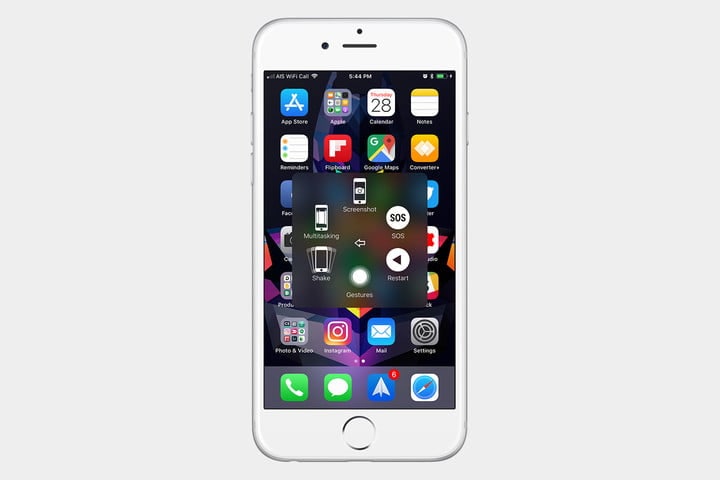 The screenshot will be saved to the camera roll, so you can edit or share it from the Photos app or using the Instant Markup tool if you have iOS 11 installed on your iPhone.

How to Edit and Share Screenshots on an iPhone?

Adding annotations to the screenshots you take on an iPhone may prove to be an essential step that highlights the most important parts of the image you've created. The Photos app doesn't offer a lot of photo editing tools that enable you to add text or draw on the picture, however you can remove parts of the screenshot using the Crop tool. However, you can use third-party apps that offer more powerful photo editing tools without having to leave the Photos app.

In order to start editing a screenshot, simply launch the app and select the picture you'd like to edit from the Screenshots folder which can be found by tapping on the Albums icon. Proceed to tap on the Edit icon and once you've finished you can exit the editing mode and share the screenshot.

The iOS 11 is equipped with the Instant Markup tool that can be launched by tapping on the notification, which appears on the screen after you take a screenshot using any of the two methods we described previously. Once the Instant Markup tool is launched you'll be able to see the screenshot and you'll be able to use the pencil or marker tools to draw on the picture, add text boxes or various shapes.

Both Instant Markup and Photos app enable you to share your screenshots with ease. You just have to tap on the share button and select whether you want to send the picture via email or post it on social media networks such as Twitter and Facebook.

Taking screenshots on all models of iPhones is a fun and simple task that literally takes a few seconds. Furthermore, there are countless tools you can use to enhance the screenshots you take and add commentary or simply highlight the reason why you took the screenshot in the first place. What is your favorite method of capturing screenshots on iPhones? Let us know in the comments below.

How to Screenshot on Your Mac

How to Take Screenshots on Windows [5 Methods]