Download on the App Store
Get it on Google Play
Download
Download
Call us: +1-60-4343-8521
Mon-Fri 6:00 PM to 11:00 AM Pacific Time
International phone rates may be charged by your service provider
Filmora Video Editor
A Better Way to Edit Video & Photos Shot by Mobile Phones
Try It Free Try It Free

At the start of the decade, Twitter was one of the fastest growing social networks. Eight years later, things seem as if they took the turn for the worse because the number of the platform's monthly users is shrinking. 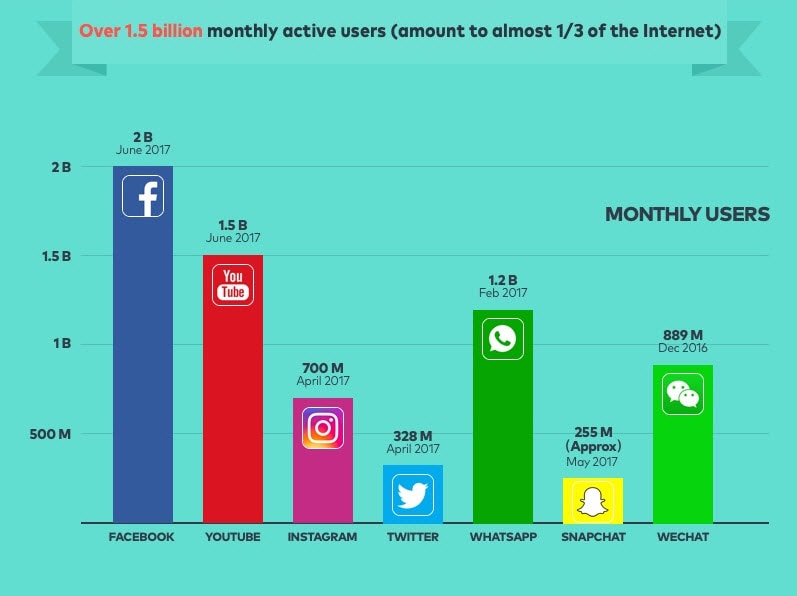 In the last quarter of 2017, Twitter had only 330 million users, much less than Facebook that had 2,07 billion users or Instagram that had approximately 700 million users over that same period. Despite being easy to use and a powerful tool for reaching like-minded people or potential customers for your company's products Twitter is slowly losing the reputation it once had.

At the end of the last year, the platform has increased the number of characters that can be used in a post, but this move did almost nothing to restore Twitter's former glory. Celebrities getting caught up in Twitter wars, fake accounts and ultra-right-wing supporters have all contributed to the current state of affairs on Twitter. Most people simply decide to use another social network that doesn't have the limitations imposed by a misguided company management and users that lack respect for everyone's right to free speech.

The world's fascination with Twitter was well-deserved because this social network offered unique features that actually foster public discussions and that can enable marketers to reach more users of the products they are advertising. Ten years ago, Twitter was one of the rare platforms that offered these opportunities, but today there are countless social media networks which provide the same service while making sure that their users are happy.

Tumblr is only a year younger than Twitter, and on April 8.2018 it hosted as many as 406.9 million blogs. Tumblr apps are available on both Android and iOS-based devices, which makes it available to the almost entire online community. The micro-blogging platform focuses on visual content more than on words, and for that reason, it has become an inexhaustible source of images that can be shared on downloaded.

The Tumbler's editorial policy prevents open support for suicide or any form of self-harm, but it doesn't place any other hard restrictions on the platform's users. The visual nature of platform makes it a perfect tool for promotion of products and services.  Tumblr is much more than a simple platform that lets you create photo and video collections because it provides the tools necessary for the online promotion of brands.

For years, Plurk offered the service that is nearly identical to the ones provided by Twitter, and it increased the number of character you can use in a post to 360 just a few years ago. Nearly 70% of all the traffic on the platform comes from Taiwan, so if you are targeting markets in Western Europe or the United States, Plurk may not be the best social network for you.

Plurk features a horizontal timeline and it lets you share pictures, videos or URLs for web-based articles. The platform stimulates its users to spend more time engaging with other Plurk members through the concept of Karma, which grants you access to more emoticons. This social network can be accessed from iPhones, Android devices or from PC or Mac computers.

If you have never heard of this social network you may be getting a bit old, because most users of Musical.ly are aged between 13 and 18. Even though teenagers use it, the platform provides some interesting and amusing features that foster artistic expression and allow you to share your creative output with millions of people. Twitter users often share songs and videos posted on Musical.ly, so why not leave Twitter and start sharing your own creative content on this social media network.

Musical.ly lets you record songs, conversations, and all types of audio-visual content, but in order to access it, you must first install the app on your Android or iPhone device. Although it doesn't offer the same features as Twitter, Musical.ly is still an interesting alternative for this declining social network.

Free speech supporters are going to love using Gab.ai, a social network that has had their mobile app banned from both Google Play and the App Store, for failing to comply with their policies on adult content. Be it as it may, Gab.ai still offers shelter to people who think that hate speech or non-art related public nudity is somehow okay in the public domain. However, you really have to look for unsavory content, and most of the posts on the platform are dedicated to memes, pop culture or art.

Gab.ai doesn't support ads, so it isn't the best choice for companies and independent entrepreneurs who want to advertise their products or reach new markets. However, posts that get a lot of views and comments, do earn money, although the platform doesn't support conventional online marketing techniques.

People who enjoy sharing a photo on Twitter from time to time should switch to Instagram because the platform provides much more photo editing features. In addition to amazing photo effects you can use on Instagram, you can post videos, which last up to sixty seconds or Stories that also last less than one minute. The platform's aspect ratio restrictions have been lifted so, you can post square, horizontally and vertically oriented images or videos.

Even though you can access Instagram from a Mac or PC computer, you have to install the app for iPhones or Android phones in order to be able to post new content on Instagram. The social media platform supports sponsored content as well as ads, which makes it a perfect choice for everyone who wants to develop their business.

What is your favorite Twitter alternative? Which awesome social networks we failed to mention? Let us know in the comments and hit share to recommend some of these amazing social media networks to your friends?

If your company has reached the decision to start advertising on Twitter, there are three different ways in which you can accomplish this.

In this article we are going to take you through each step of creating one or multiple Twitter account with the same email address.