Download on the App Store
Get it on Google Play
Download
Download
Call us: +1-60-4343-8521
Mon-Fri 6:00 PM to 11:00 AM Pacific Time
International phone rates may be charged by your service provider
Wondershare Filmora
Record and Share Your Video with Wondershare Filmora
Try It Free Try It Free

Amazon prime has a very user-friendly interface with a lot of features like low data usage, multiple devices, download and watch offline, high-quality videos, etc. which makes it people’s favorite. Also unlike other video platforms, a single subscription can give the user access to prime video from any device.

An amazon prime subscription also gives you amazing benefits on the Amazon shopping app as well as free access to amazon prime music.

The amazon prime video platform has the best TV shows anyone can watch during their free time. The sorting of the TV shows based on genres and language makes it easy for the users to browse through shows and choose one to watch. Also, all the series have built-in subtitles which can be turned on or off. 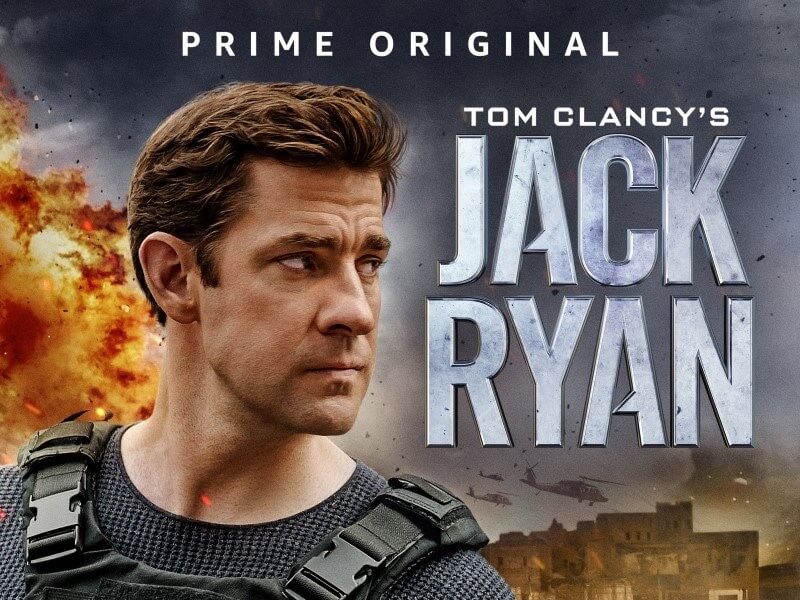 Jack Ryan a mere CIA analyst comes across a series of suspicious bank transfers and his curiosity pushes him from a simple desk job to the dangerous fields of the Middle East and Europe, facing terrorists who are planning massive attacks on the US soil as well as her allies. It is one of the best Tv shows on Amazon prime and anyone who loves action and suspense can go for it 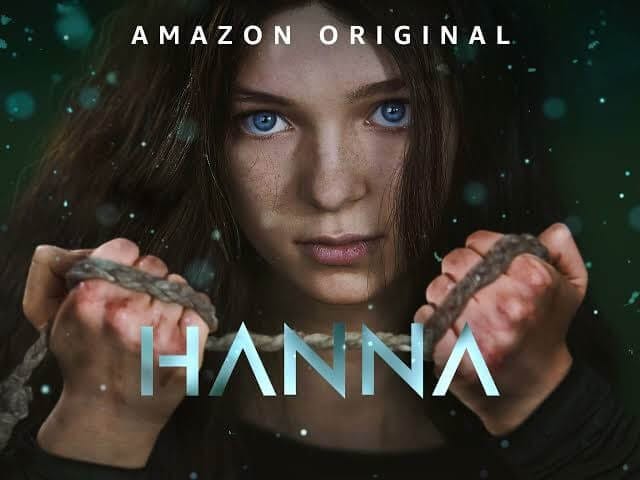 Hanna is a balance of thriller and drama. This series shows the life of a wonderful girl who is raised away from civilization in a forest, her pursuit of uncovering the truths behind who she really is, and how she manages to dodge away from a relentless CIA agent who is behind her off the books. 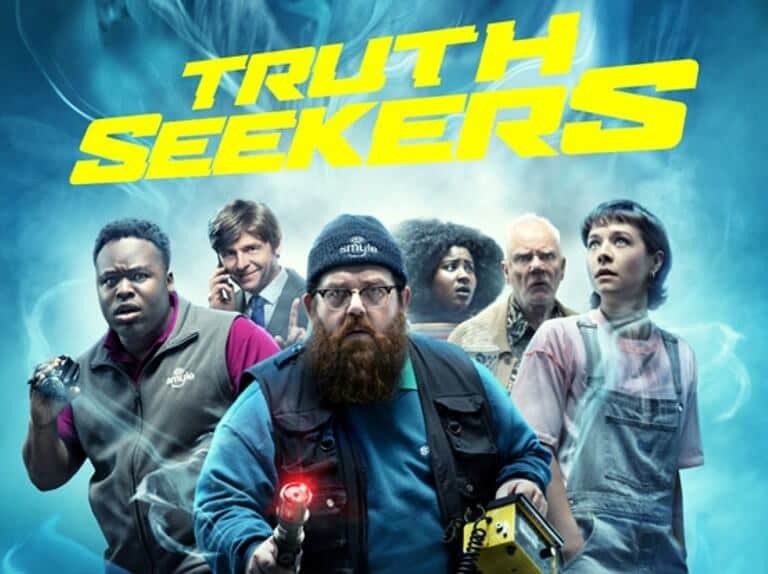 Truths seekers is about Gus who is a broadband installer during the daytime and a paranormal investigator at night, his annoying partner Elton whom he begins to appreciate only after being accompanied while encountering a spike in paranormal activities, and Astrid who has ghost problems. They start a YouTube channel about ghost hunting and are in a quest to uncover terrifying conspiracies.

Wayne is about a teenage guy with a good heart, who sets out to Florida from Boston on a small road bike with his newly met friend Del. They set out with an aim to get back a wicked-hot 79’ Trans-Am which got stolen from his father before his passing away. 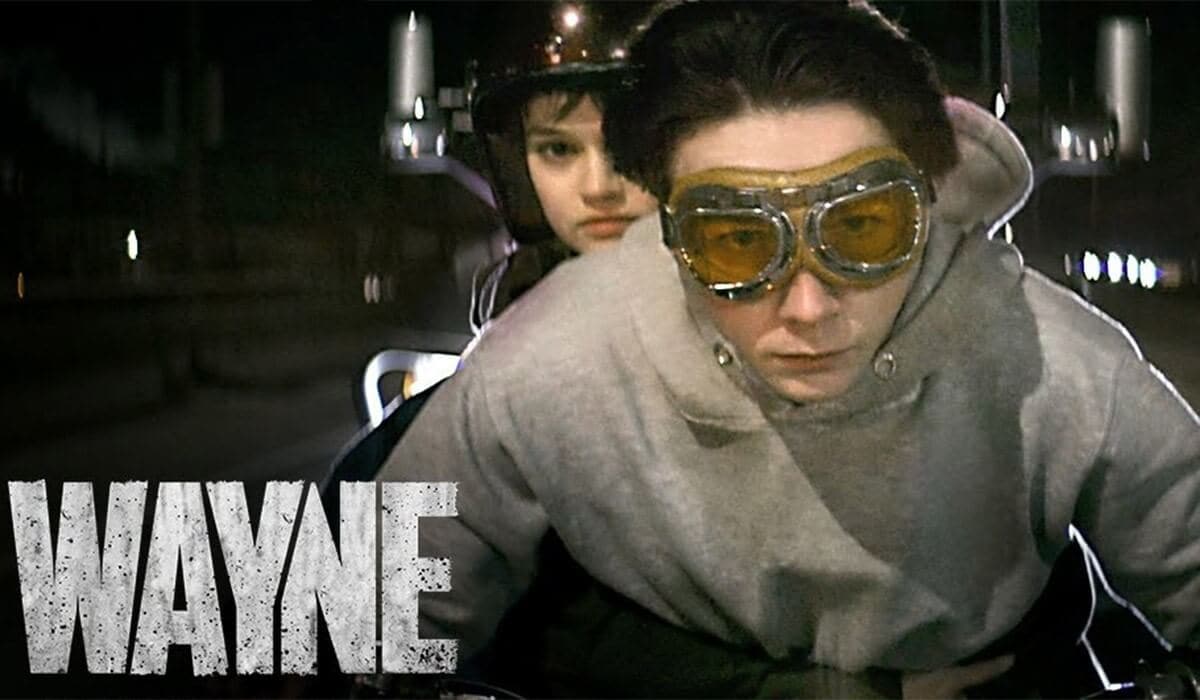 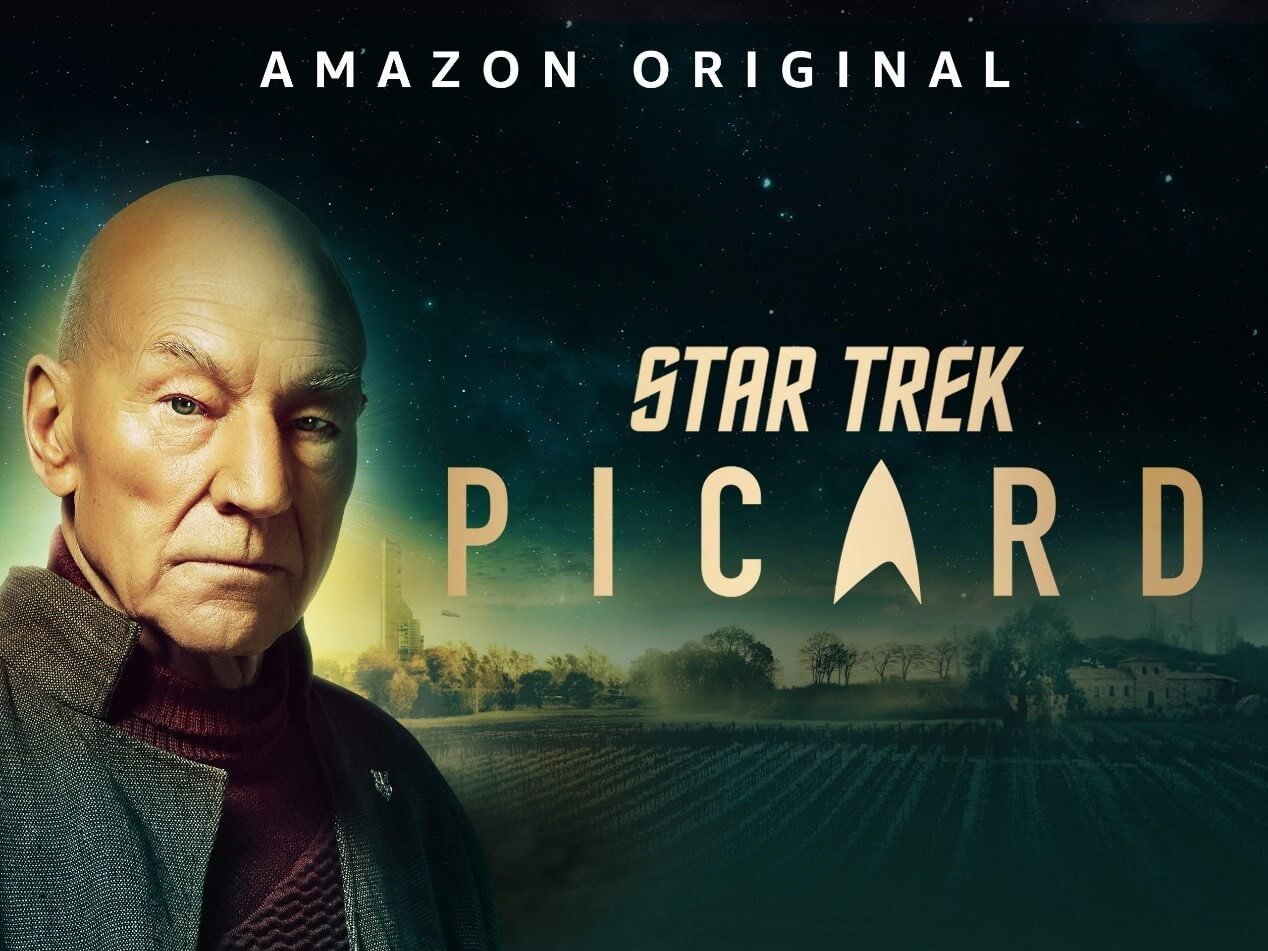 Star Trek series unlike the movie takes us into the life of Jean-Luc Picard played by Sir Patrick Stewart. An old retired man Jean-Luc, spending his time alone is approached by a stranger girl, forced to come out of his retirement and face his past in order to help the girl. 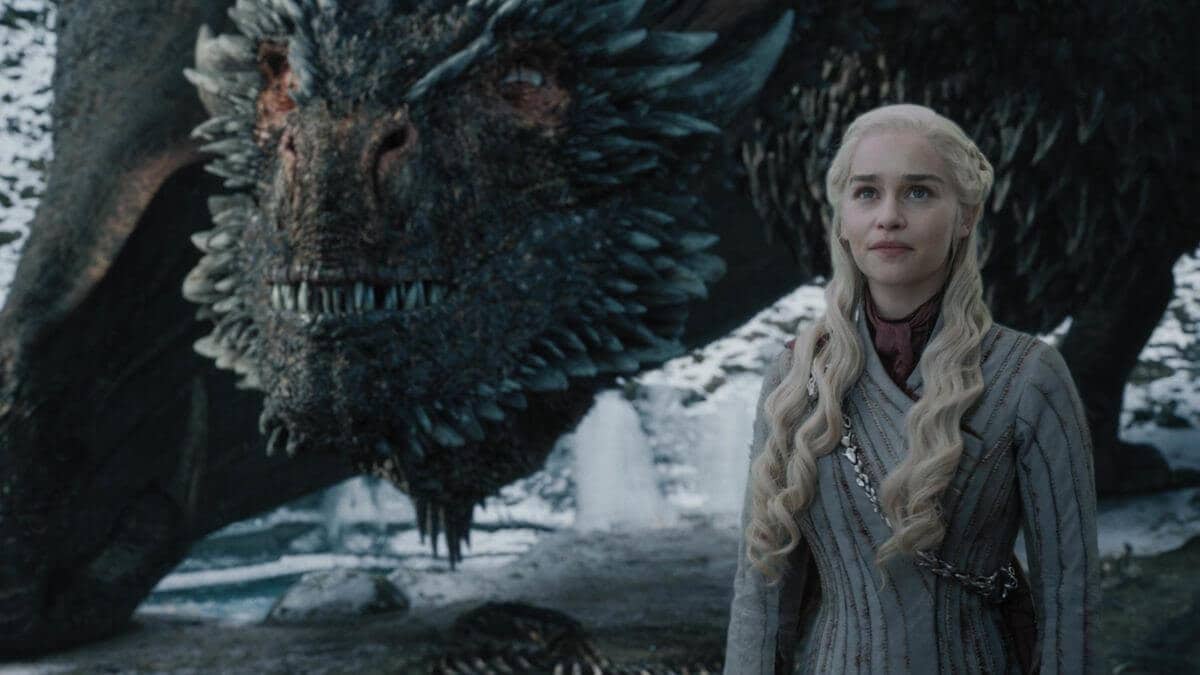 Game of Thrones takes you into a mythical world where its inhabitants and creatures yearn for power and total control of the iron throne. Dragons and magic, seasons that last a lifetime, wars between people, and new evil that has taken a form that cannot be defeated by any single army. 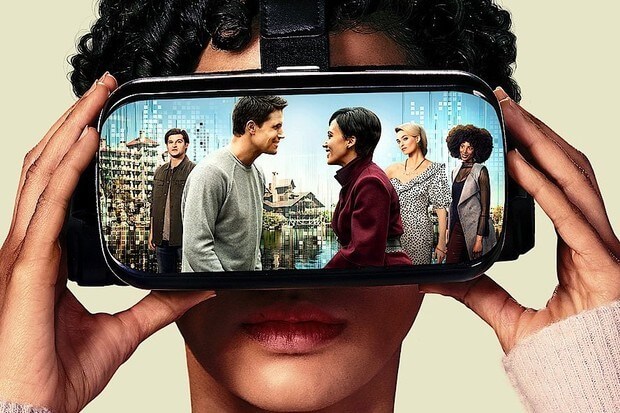 Upload is a sci-fi comedy that happens in the future where people can upload their consciousness to an afterlife and enjoy all the luxuries they can imagine. This series is about Nathan and his customer service agent Nora, whom he meets in his afterlife, their friendship, and discoveries about life. 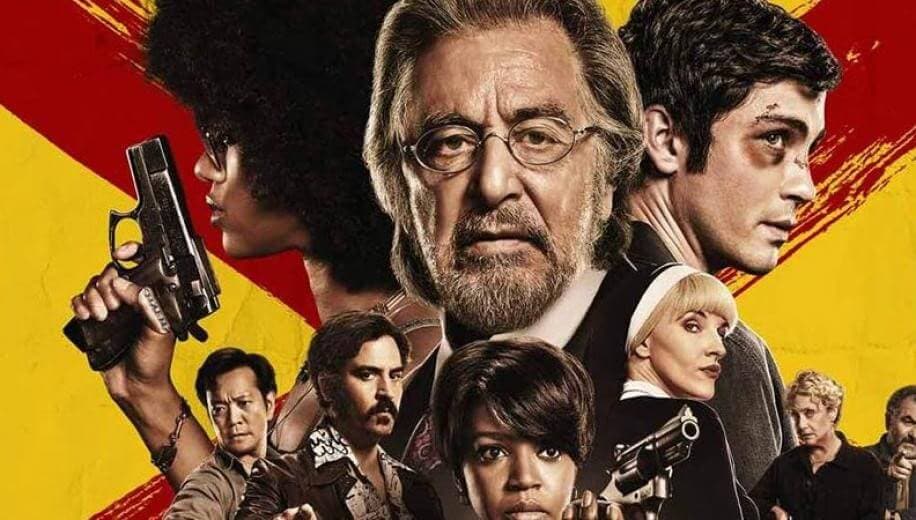 Hunters is a series inspired by true events and follows the happenings of 1977, where a group of Nazi Hunters sets out to find out the escaped Nazis who are living in America. What begins as a quest for revenge and justice turns into the discovery of a conspiracy and the race against time to avoid harm. 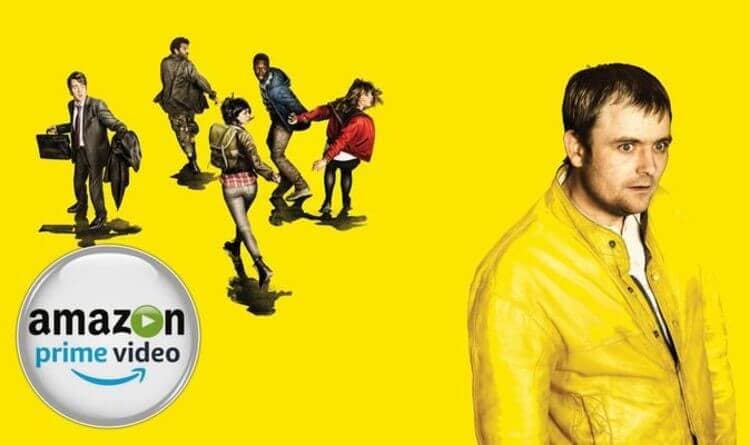 Utopia is a thriller in which some friends come together and discovers that the conspiracy in a comic called Utopia is real. The comics display the disappearance of humanity and the world, and the group sets out on an adventurous quest to save themselves and eventually how to figure out to save the whole of humanity. 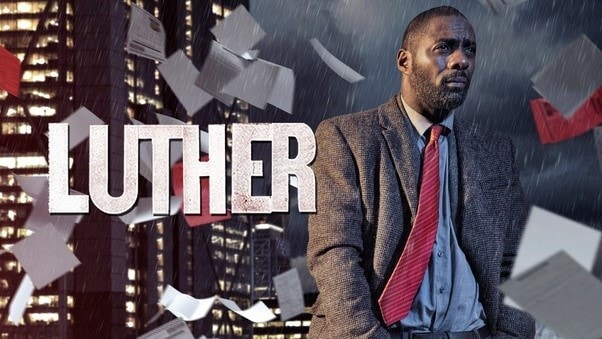 Luther stars the famous Idris Alba a brilliant detective without any flaws. As usual, this series brings out a thrilling effect for the audience as it is a mix of psychological drama and crime. Luther is on a quest to find the culprits on finding the culprits of murders happening in the city, with his unique skillset. 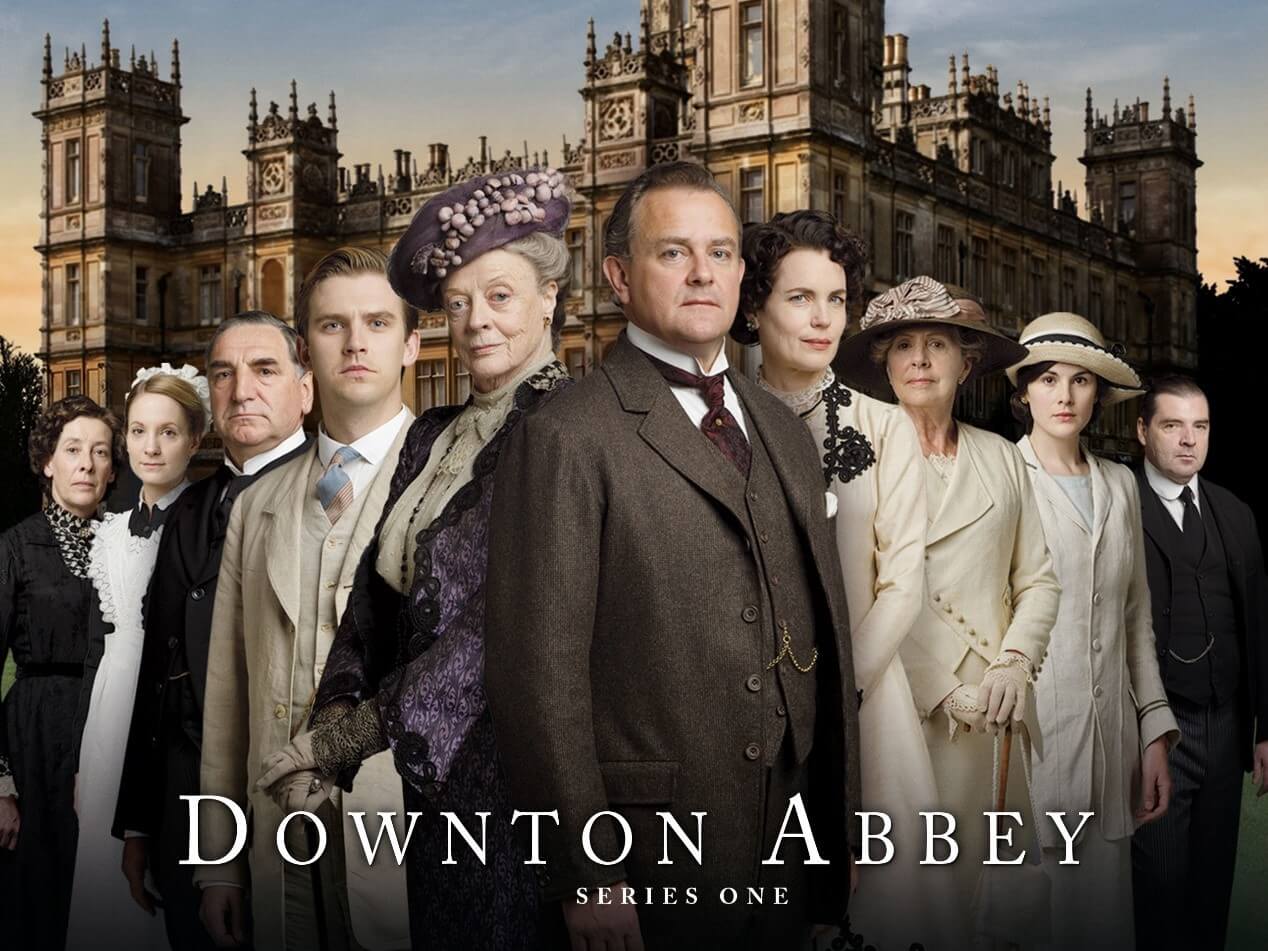 Downtown Abbey displays the life of a British aristocratic family and their servants during the early twentieth century. This drama highlights the difference between the upper-class society and the normal people and the changes that happen during the time of the adoption of telephones and electric lights. 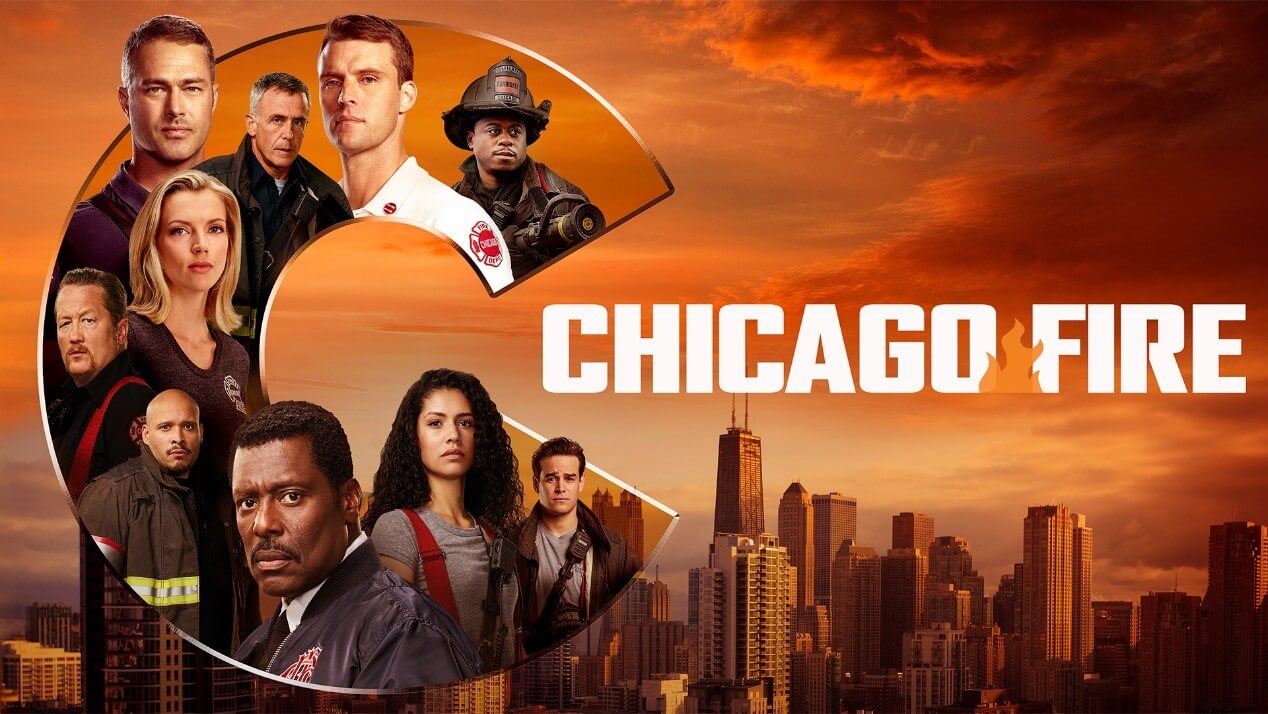 The people of Firehouse 51 are pressurized to work on a high level, which affects their personal and work life. The Rescue Squad and the members of the truck are put to odds and have to work together in life-threatening situations to save the lives of as many people as they can. Their bravery and willingness to put themselves in the frontline are displayed. 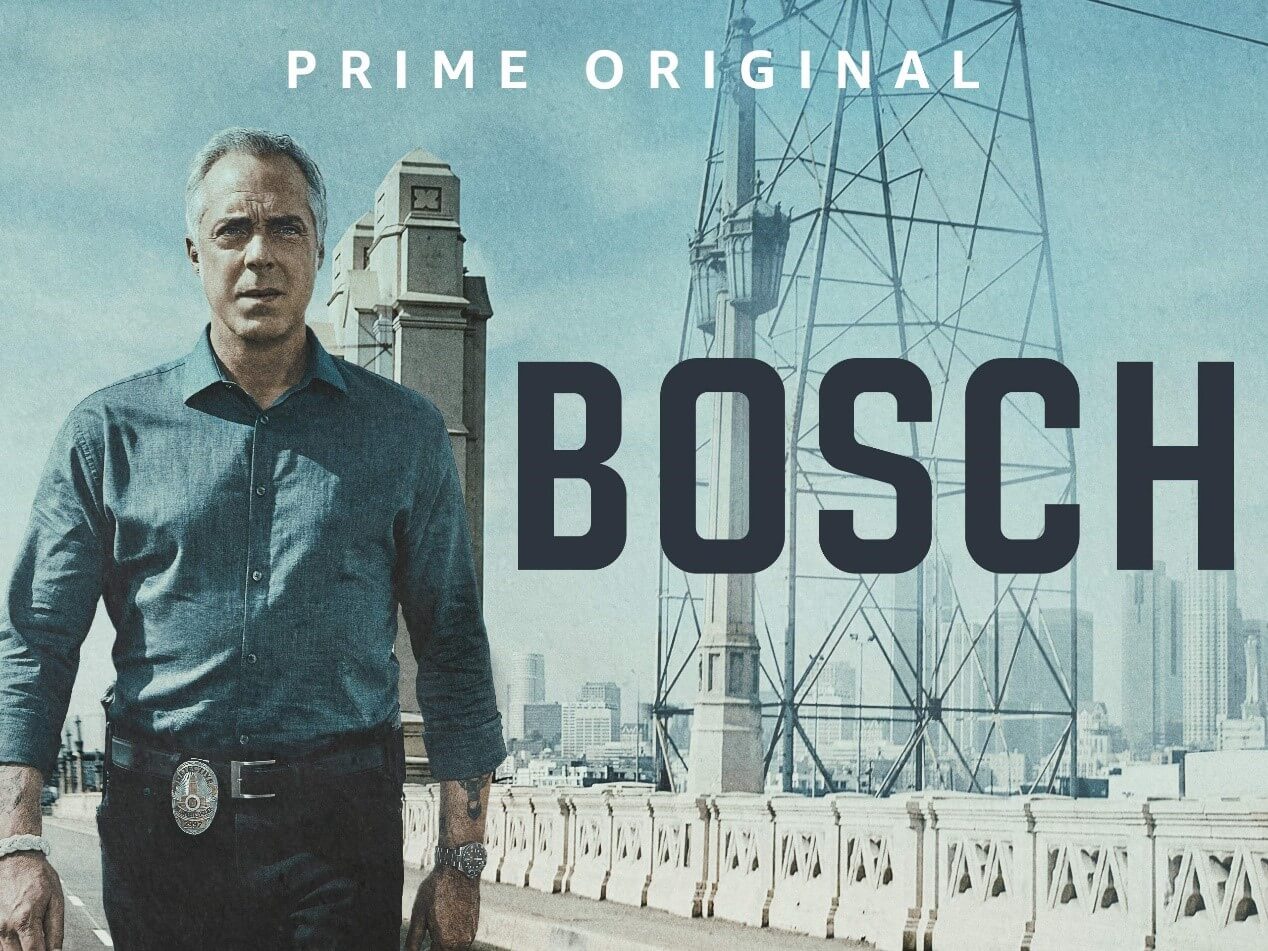 Bosch is based on the best-selling novel of Michael Connelly, Harry Bosch who is an LAPD detective in charge of investigating homicides and stands trial for shooting a murder suspect. As the series moves forward, Bosch is made to confront his past, meet with Julia Brasher and deal with departmental politics as he pursues justice. 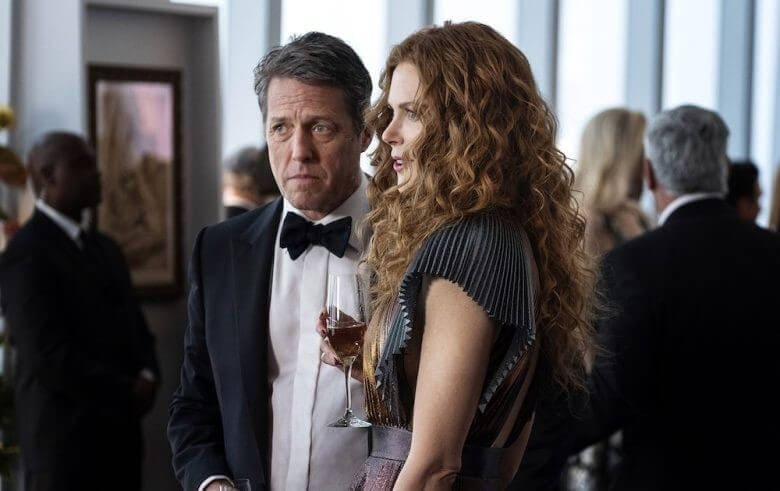 The undoing is a TV that takes you into the life of a couple, a successful therapist, mother, and wife. It takes us into a time where a public and spreading disaster is taking place, the lives of the characters, and how they deal and manage to survive the disaster. 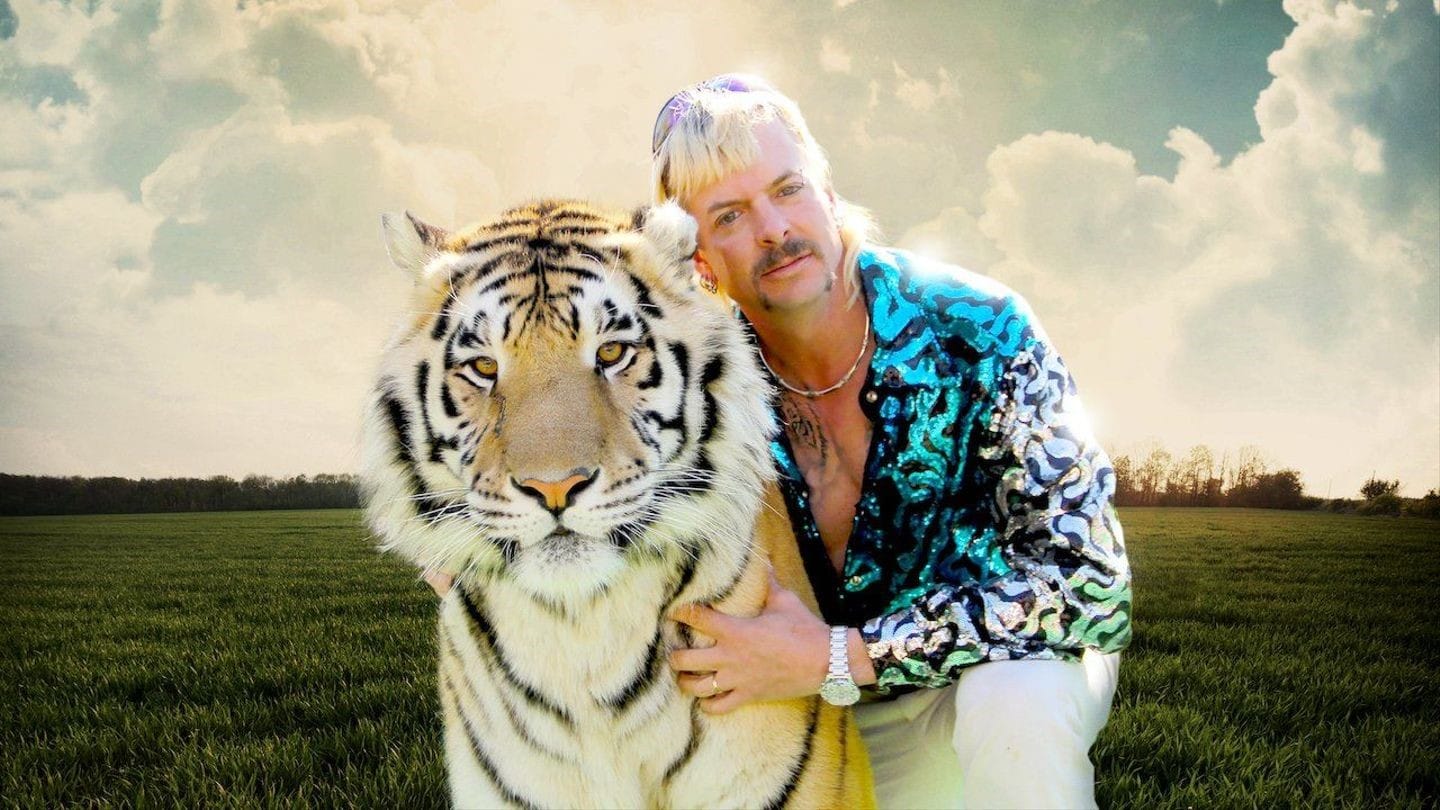 Wondershare Filmora is an easy to use video editing application that packs in extensive video editing features, a large number of video filters, tiles, text options, stabilization options, etc, and preferred by all professionals and beginners alike.

Apart from editing the videos captured in different cameras, Filmora can be used to record videos using the ‘recording feature’ and then edit them if needed. Amazon prime videos can also be easily recorded using this feature of Filmora. Let us see how this can be done.

1. Open the Filmora app and tap on Create New Project. Click on the Record option and then select the Record PC screen. 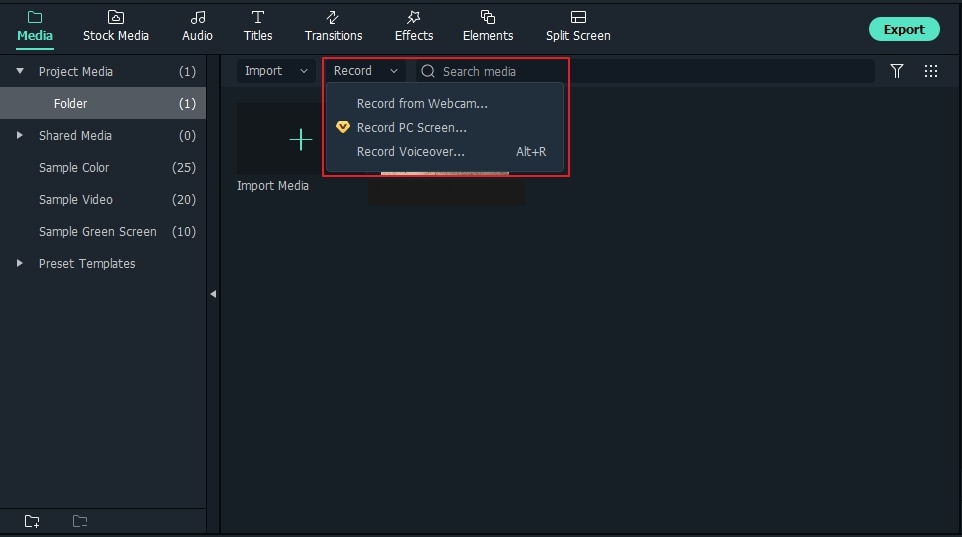 2. Customize the screen recording portion of the screen by choosing between Full Screen and Custom. 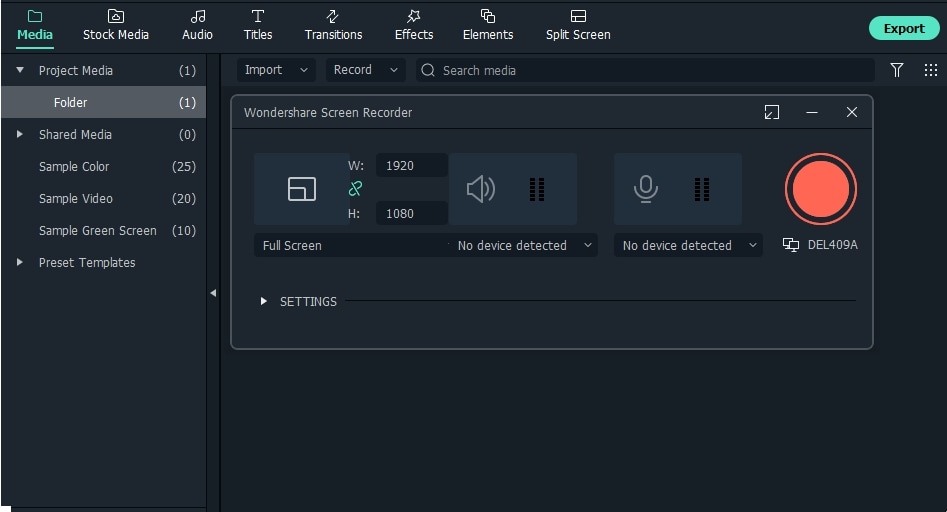 3. Then tap on Settings and select the settings you wish for frame rate, quality, etc. Turn the System Audio ON and Microphone OFF. 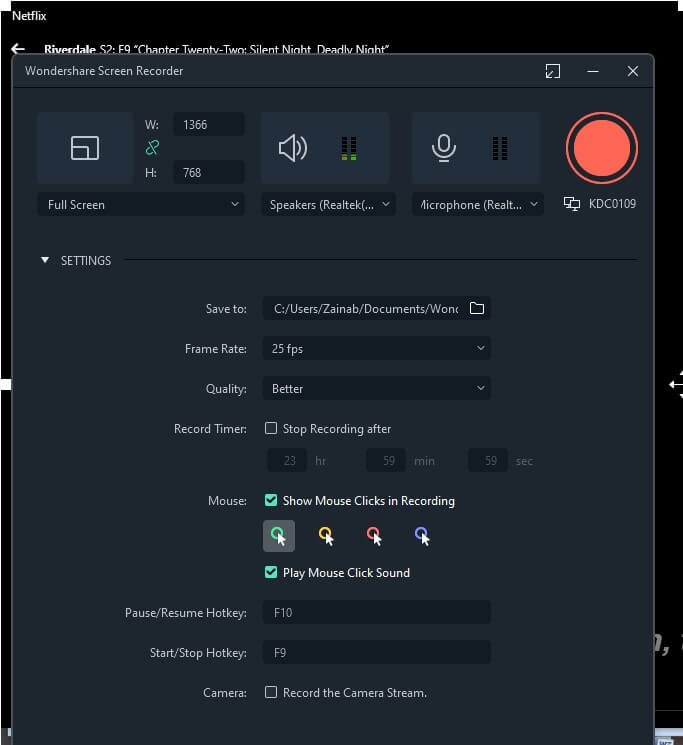 4. After tapping on the Red RECORD button on the right and the recording will start after a countdown. Open Amazon prime and then play the series/ video you wish to record. 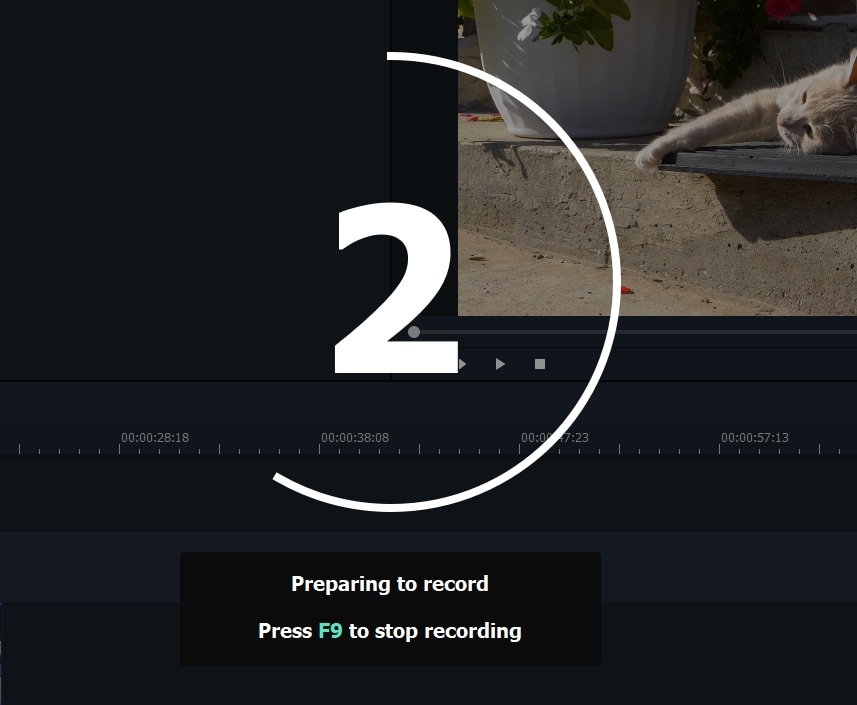 5. Once the recording is complete the video can be found in the media library automatically.

Amazon prime has the best TV shows you can watch and enjoy during your free time. All these best TV shows on Amazon prime are classified based on Genre and can be watched with or without subtitles. We have listed above the best 15 TV shows available for Amazon Prime subscribers for ease of watching.

If you wish to record any of the TV shows on Amazon prime, then Wondershare Filmora is the best application you can use. With Filmora’s recording feature you can record any tv series or videos without diminishing the quality of the video or audio.

How to Download Amazon Prime Videos on PC, Android, and iPhone

10 best Fisheye lens for iPhone and Android on Amazon