In Olympic competition, skaters need to perform two minutes and 40 seconds short program and four minutes free skate and the winner is decided based on combined score.

Nathan Chen got the combined score of 332.60 in short program and free skate competitions to win the 2022 Olympic men's figure skating title. 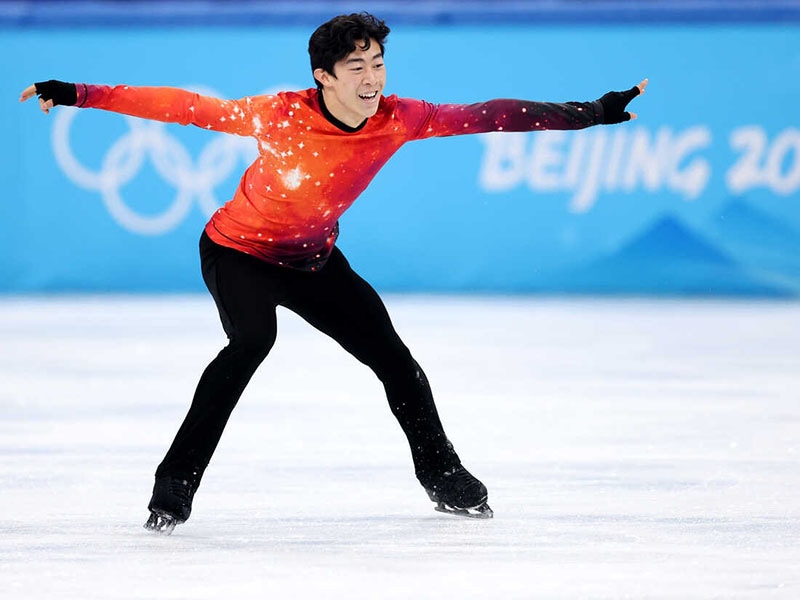 Nathan Chen of the United States reacts to winning the gold medal at the 2022 Beijing Winter Olympics. He successfully hit five quadruple jumps which helped him outshine others. 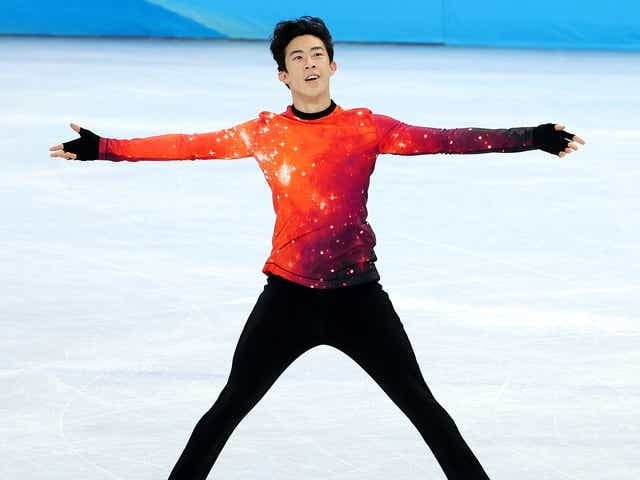 Yuma Kagiyama of Japan reacts to become second to Nathan Chen of the United States. He receives a combined score of 310.05 points and wins the silver medal at the 2022 Beijing Winter Olympics. 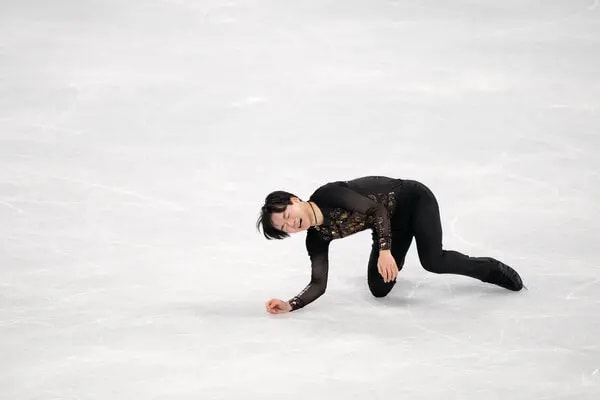 Shoma Uno of Japan won the bronze medal with a combined score of 293 points and he has become the second Japanese to win a medal at the 2022 Beijing Winter Olympics. 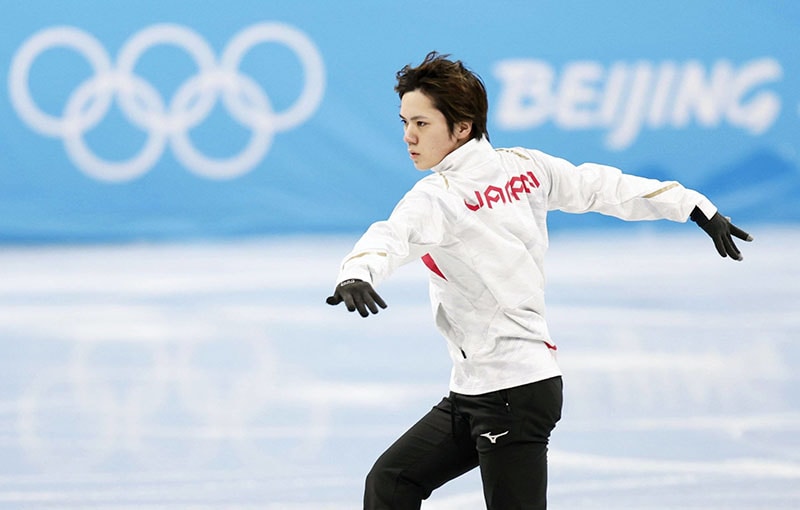 Nathan Chen successful triumph has been four years in the making and it is a perfect combination of seven perfect skating minutes. Back at 2018 Olympics, he botched and ended with disappointment. Therefore, Olympics Games Beijing2022 has been redemption for America's best male skater. 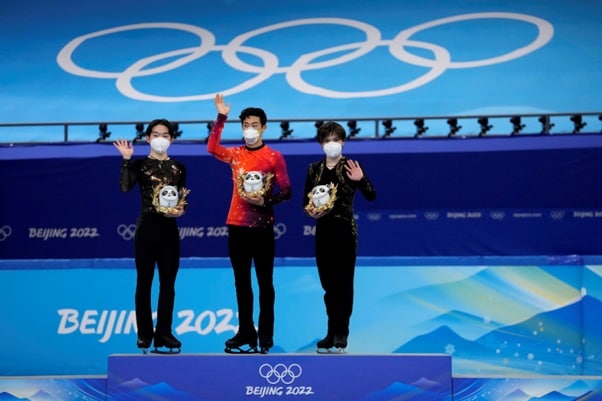 Even though Nathan Chen finished first for men's short program of the team event, United States could not hold to the first position and losing to ROC. 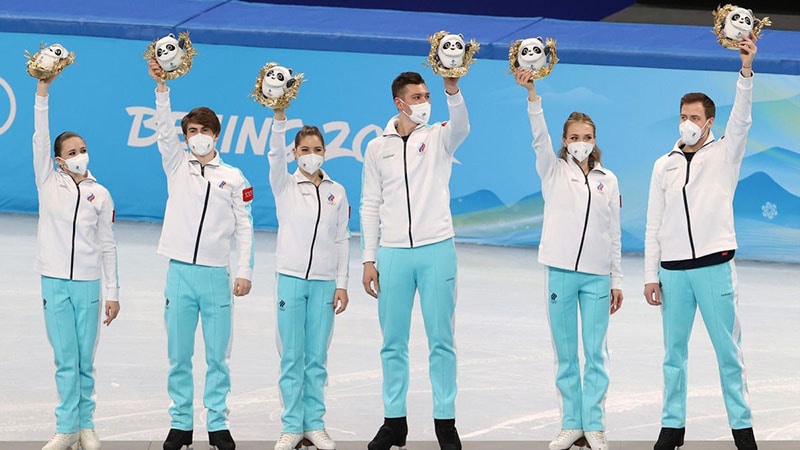 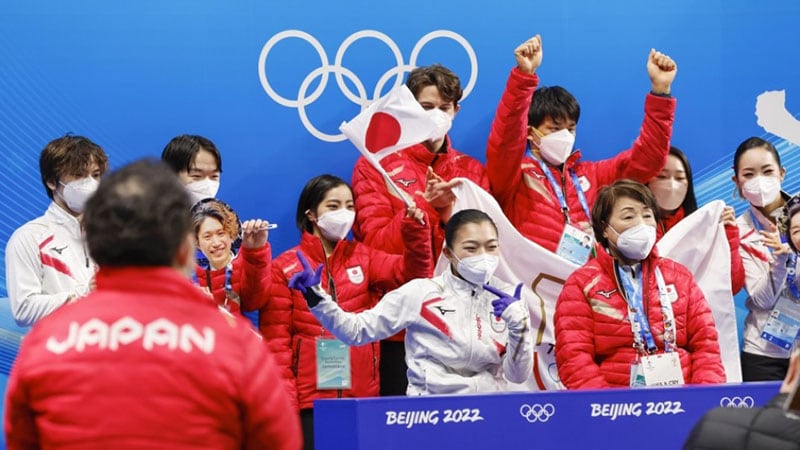 Japan won the bronze medal with 63 points falling short by 2 points 2 behind the United States. The figure skating competition is held at the Capital Indoor Stadium in Beijing.

Part 2. Create a Video for Showing the Highlights of Figure Skating

For example, you need pan and zoom effects to highlight still footage from the sports event and focus on the main athlete in the still photo slowly. Similarly, if you have a video footage of the sports event, you need to apply slow motion effect to make it more intriguing and engaging. Besides, the transition effects, motion tracking effects, background music, voice over, and text and title effects are necessary for a professional-quality highlight video of a sports event.

We recommend Wondershare Filmora as a complete video editor that comes with all the tools and features for making the perfect highlights of any sports event such as figure skating highlights of Winter Olympics 2022. In fact, there are over 800 effects and options available in Filmora. Here are the steps to how to create a video containing the highlights of figure skating.

Step 2: Go to File > Project Settings and set the parameters as per your requirements.

Step 3: Go to Import > Import with Instant Cutter Tool. It is time to import all the still photos and video footage clips you have collected about figure skating Olympics. You can trim them and maintain uniformity throughout. 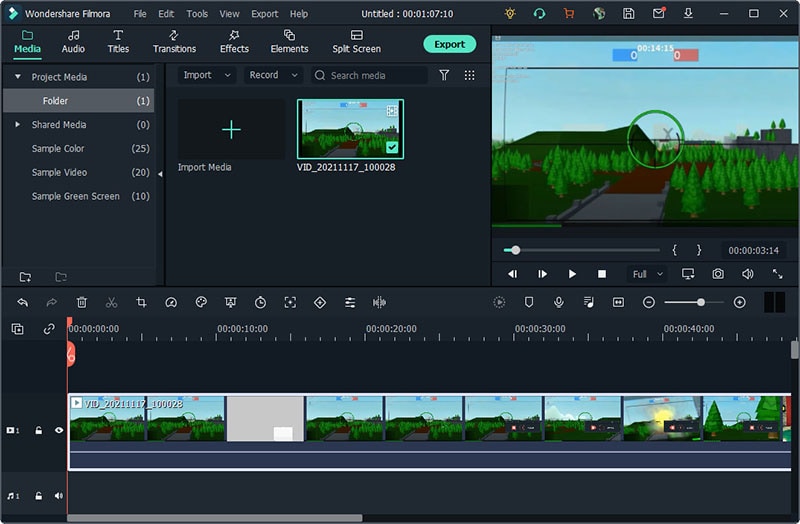 Step 4: You need to add all imported media files to Video Timeline while you should add background music or voiceover to the Audio Timeline.

Step 6: When everything is done, click on Export to save the video and share anywhere you want.