Download on the App Store
Get it on Google Play
Download
Download
Call us: +1-60-4343-8521
Mon-Fri 6:00 PM to 11:00 AM Pacific Time
International phone rates may be charged by your service provider
Filmora Video Editor
Best Windows Video Editor for Beginners
Try It Free Try It Free

How to Create the Magnifying Glass Effect in Videos?

An important detail, like the price of a product or the name of the artist who created a video, can be easily highlighted with the magnifying glass effect. Zooming in on a part of a frame enables you to keep the composition of the shot while drawing the attention of the audience to an object or a figure. The Magnify effect is featured in the Effects libraries of most modern video editing and image compositing software products. In case you’d like to learn how you can use this effect in your videos you’ve come to the right place because in this article we are going to show you how you can create the magnifying glass effect in some of the best video editing programs on the market.

Part 1: How to Add Magnify Effect in Filmora? [Step by Step Tutorial]

How to Add Magnify Effect to Video with Filmora?

Adding the magnifying glass effect to video is very easy with Filmora video editor, follow the steps below to find out how. 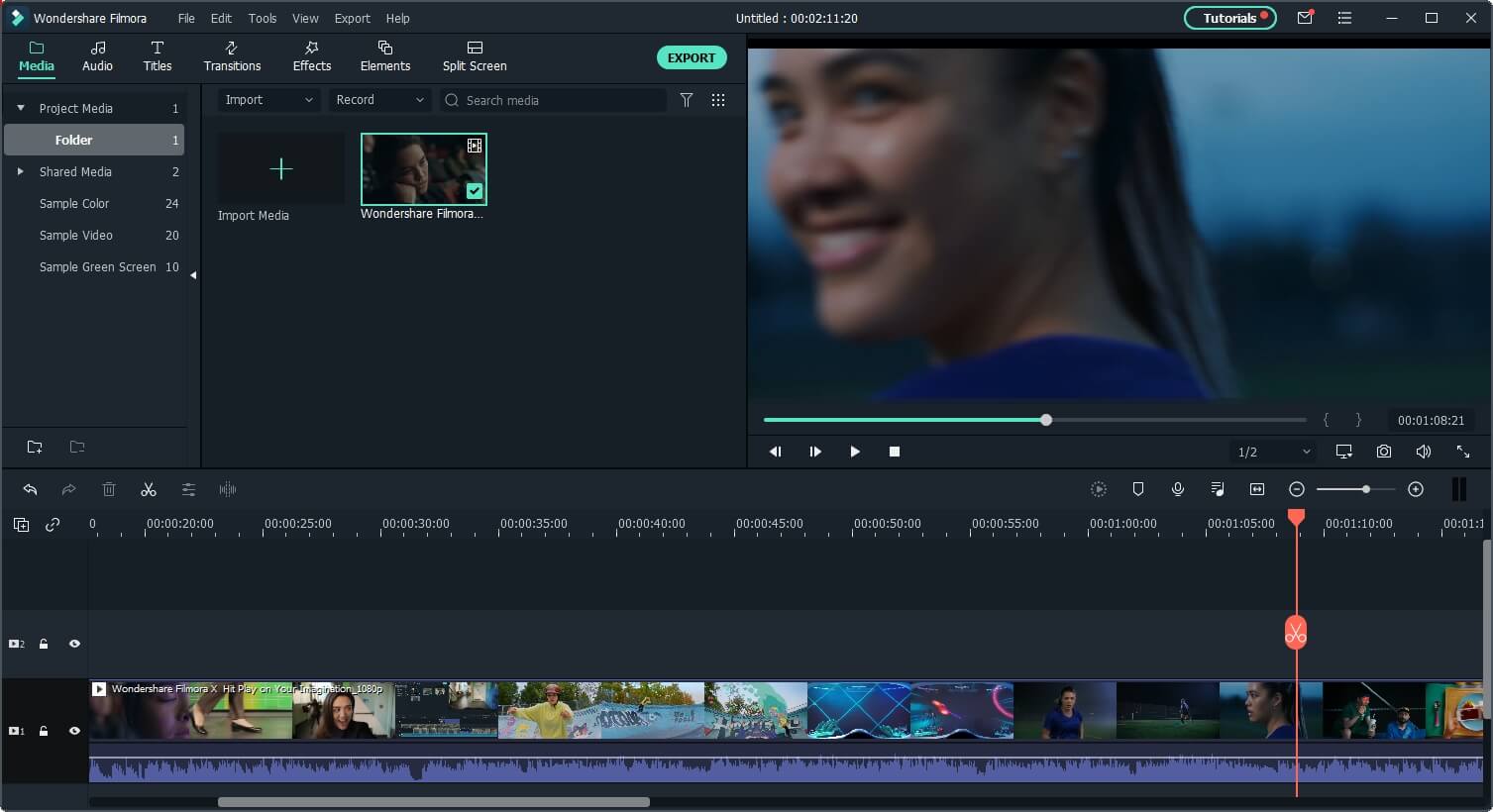 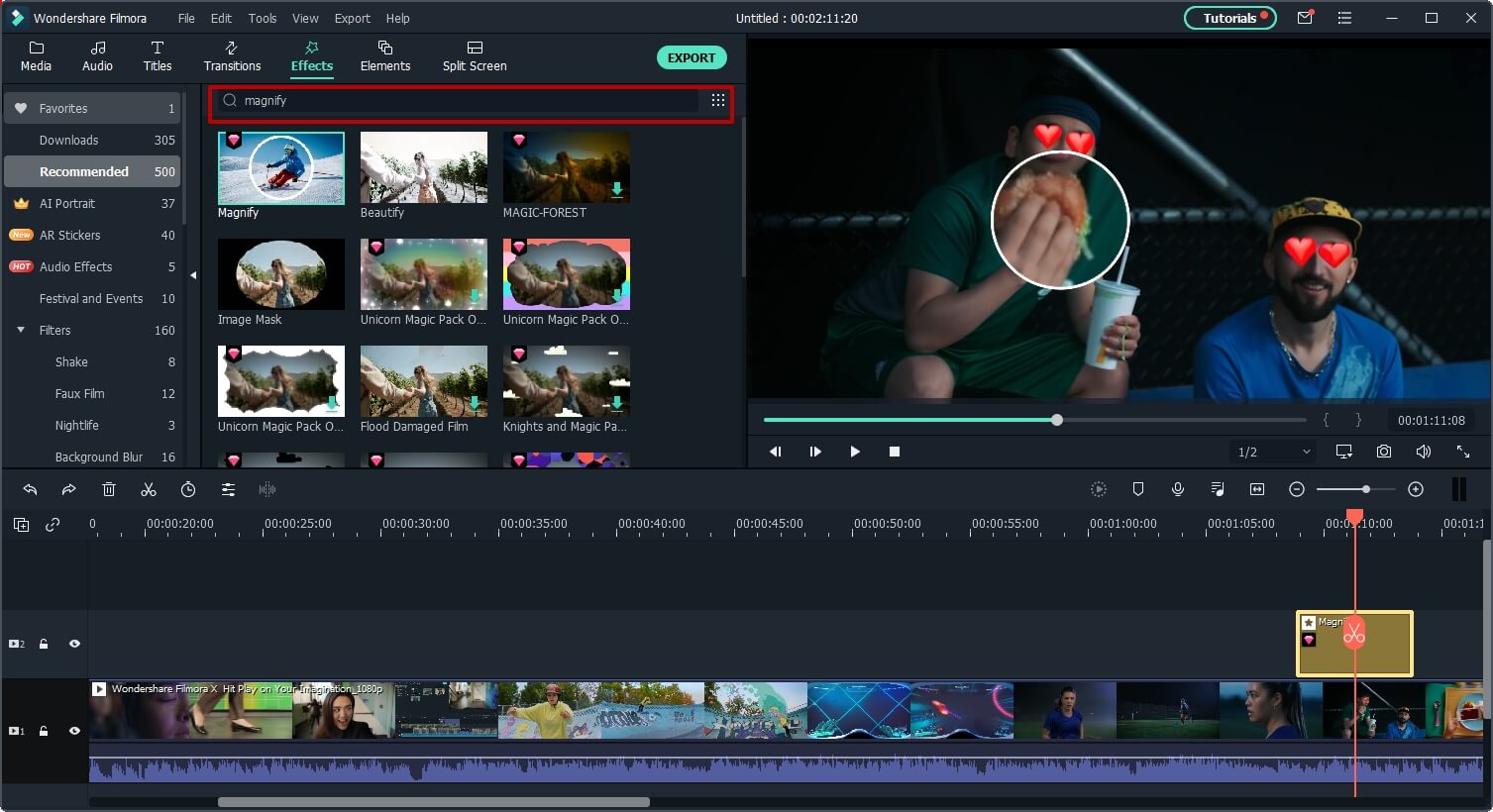 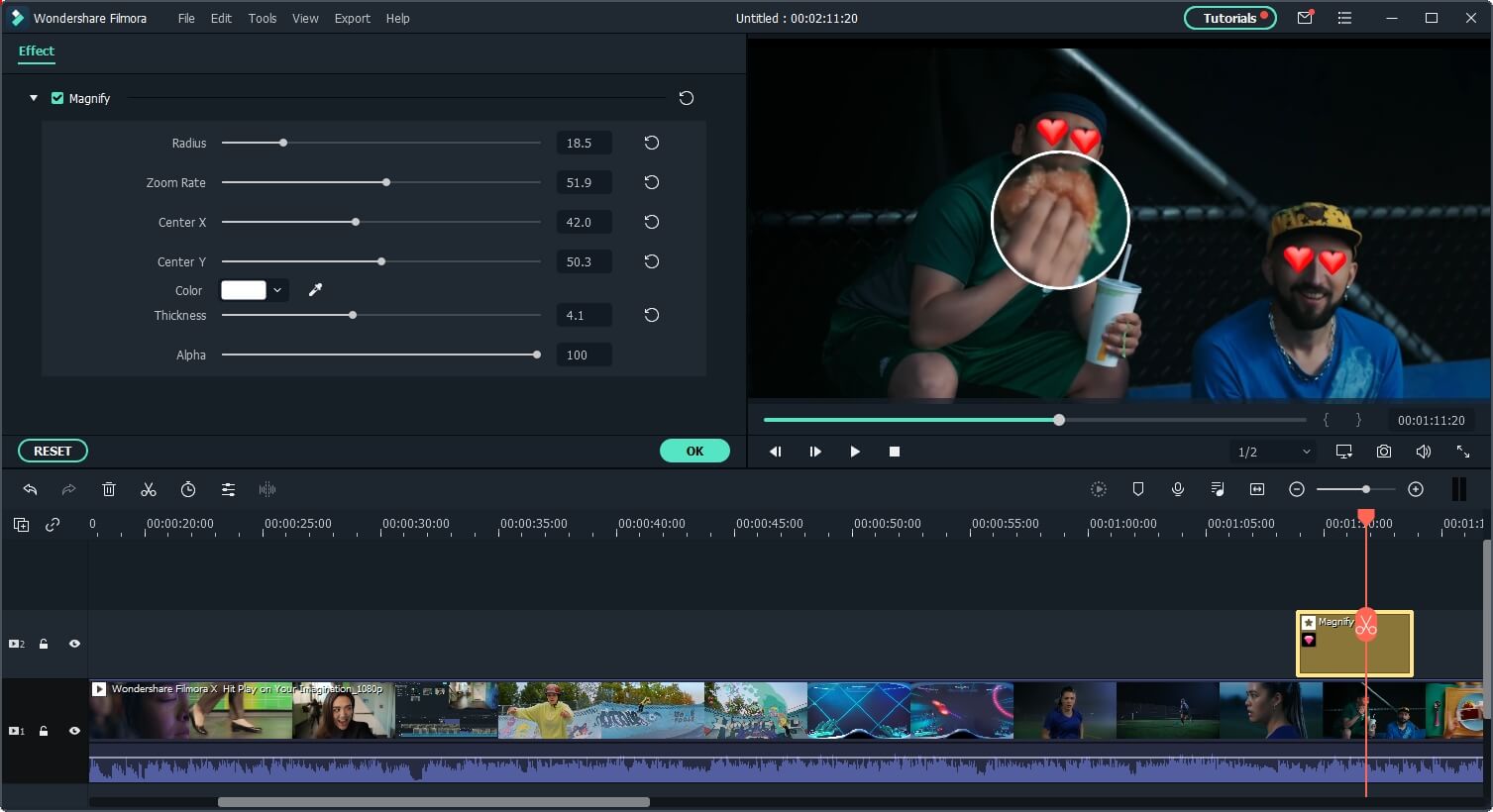 Wondershare FilmoraPro is one of the best video editing software for professionals who are looking for more controls on the video editing. It features tons of advanced editing features and tools.

You can now magnify any objects in videos with the Magnify effect in FilmoraPro video editing software. You can place the magnify effects to any position and adjust its radius, bulge effect, blending mode and magnify shapes such as circle, stencil, square and Decagon. Besides, you can also add keyframes to perfect the moving magnifying objects.

Even though Adobe Premier is primarily a video editing software, you can also use it to add visual effect to videos. Once you create a new project, import the footage into the software and place the video clip to a video track on the timeline, you should click on the clip in order to make sure it is selected. Head over to the Effects panel and use the Search Bar to find the Magnify effect. After you drag and drop the effect onto the clip you previously selected, its settings will be displayed in the Effects Control panel. 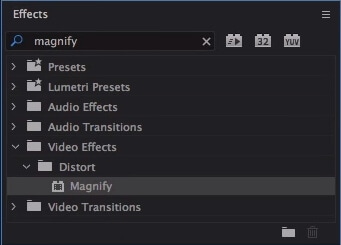 You can choose between the Circle and Square shapes of the effects, and even though the Circle shape is used in most cases, in certain situations you may want to change this option to Square. You can then go ahead to use the Center option to change the position of the effect on the screen. 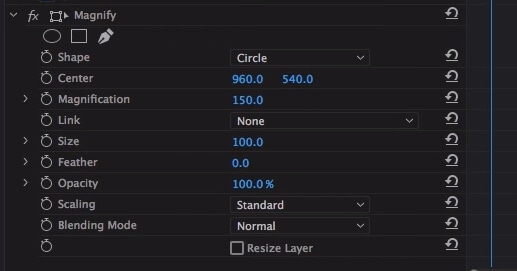 Use the Size setting to determine how large the area of the shot affected by the Magnify effect is going to be. The edges of the magnified portion of the shot are going to be a bit rough, so you can try fine-tuning the Feather option to make the edges smoother. Applying this effect to moving object can produce underwhelming results, which is why it is better if to use the Magnify effect on parts of the shot that are mainly static.

Part 4: Creating the Magnifying Glass with Adobe After Effects

Generating motion graphics, applying visual effects to the footage or compositing images is what the Adobe After Effects does the best. That is why it is a much better choice for creating the magnify effect in a video than Adobe Premiere. You can create this effect from scratch, as you just have to find an asset, like a magnifying glass, on the Internet and import it into the software. Go to the Layer menu, and choose the Solid option in the New submenu. Pick the color of the solid layer before you hit the OK button, and the software will display the new layer on the screen. Make sure that the layer is locked before adding text or any other object to the layer you just created. Adjust the size and the position of the text within the background layer. You can now position the asset on the screen and move the anchor point to the middle of the asset. For instance, if you’re using a magnifying glass asset move the anchor point to the middle of the area where the glass should be located.

Before adding the Magnify effect, you first have to create a new solid layer for reference, position it over the first solid layer you created and apply a black to white gradient to it in order to be able to actually see how zoomed the object in the shot is. Create a new Adjustment Layer and apply the Magnify effect to it. These types of layers enable you to apply an effect that will affect all layers below it.

After you’ve added the Magnify effect to the Adjustment Layer you’ll have to reposition it and place over the object you’d like to blow up. Optionally you can also add the Bulge effect to the Adjustment layer if you would like to make the magnification more realistic. Reduce or increase the size of the Magnify effect using the Size setting, and then remove the gradient layer, you used for reference. Make sure that the trajectories of the asset in your video and the Magnify effect are identical, and that’s it. Inexperienced video editors may need some time to learn how to create this effect in AE since using the software demands impressive video editing skills. 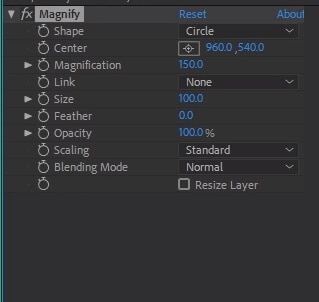 Part 5: Using HitFilm to Add a Magnifying Effect to a Video

Before starting a new project in HitFilm, choose the type of asset you’re going to be animating together with the Magnify effect. Once you’ve created a new project, you need to make a composite shot. You can do this by clicking on the New icon and selecting the Composite Shot option. Use the New Layer menu to create a Plane Layer, and then proceed to add a text layer over it or any other object you’d like to magnify.

Make a new Composite Shot on which the asset you’ve chosen earlier is going to be located, and then drag that composite shot and drop it to the Plane Layer.

Apply the Magnify effect to the text layer and make sure that it is perfectly aligned with the object you’re magnifying. The Buldge effect can help you make the magnification more naturalistic. Adjust the magnification options, then use keyframes to animate both the asset and the effect and choose for how long the animation is going to be on the screen. Even though applying the magnify effect to videos in HitFilm is far from complicated, this task can prove challenging for newcomers to the world of video editing. 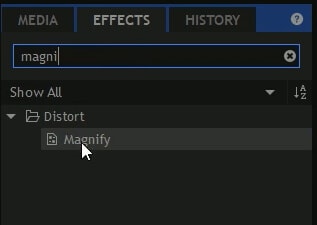 The Magnify effect offers a simple and yet effective way to make your videos more visually dynamic and add movement to the static object in a shot. Each of the video editing software we presented in this article features powerful tools that enable you to create this effect without too much hustle. Do you like using the Magnifying Glass in your videos? Leave a comment and let us know which software you like to use the most to create the magnify effect?

Liza Brown
Liza Brown is a writer and a lover of all things video.
Follow @Liza Brown
You May Also Like
Top 10 Professional Video Editing Software [Free Download]

We’ve done some extensive research on what some consider to be the best professional video editing software that is currently free downloading on the market, and we’re here to present what we’ve manag

Professional video editing software like Final Cut Pro X enable its users to manipulate video in virtually any way they want, but magnifying parts of a frame or adding attention-grabbing callouts requ