Get some parts of a split Xvid movie and want to join them together to create a whole one? You need a handy video mixing tool like Wondershare Filmora (originally Wondershare Video Editor). With it, you’re able to merge all movie segments together with a few clicks. If you want to add some transitional effects or intro/credit to make it more harmonious, just use the imbedded 300+ free templates. What’s more, you can also export the combined Xvid file directly to DVD, so you don’t need standalone DVD authoring software to burn it again.

To import Xvid files, you have below two options:


If you want to add some pictures or audios to merge together seamlessly, just go for it. All regular image and audio files are supported. 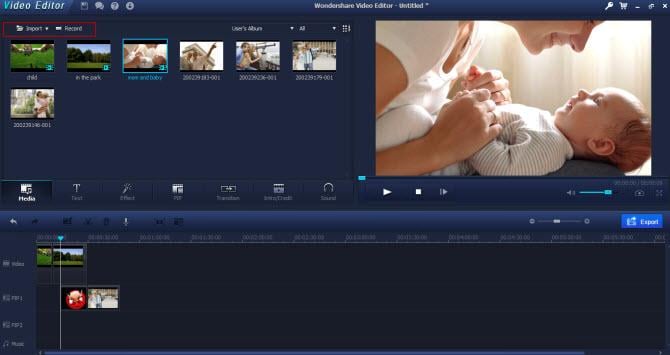 After you load all your Xvid files, they'll show as thumbnails in the User's Album.To merge them togther, you just need to drag and drop them to the video Timeline one by one. They will be merged seamlessly together with no gap. Click the play icon, you can view the merged Xvid files on the right screen.

To rearrange the order, just drag the video item to left or right. Note: Please don't overlay on any other video clip. Otherwise, you'll split it and insert your original video into the position.

Before exporting your merged Xvid videos, you can also do other work to personalize your Xvid videos. As a powerful and easy to use video editing program, Wondershare Filmora (originally Wondershare Video Editor) enables you to: 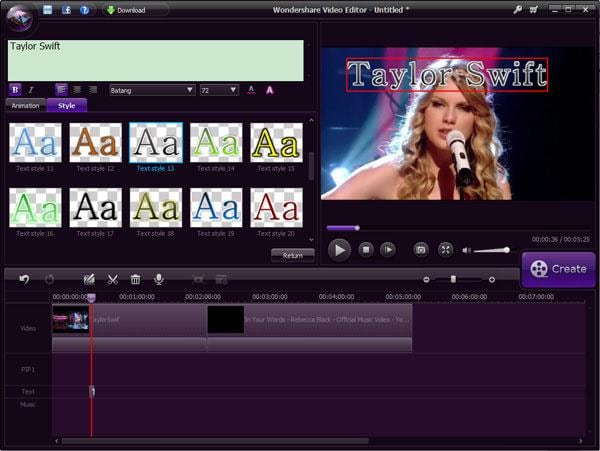 After making necessary modifications, you can have a preview of your created content. When satisfied, just click the "Create" button to save it. In the pop-up output window, you can select your desired format from all popular formats, like WMV, MP4, AVI, MOV, MPG, FLV, etc. What's more, you can click the "Advanced Settings" to further set the encoder, choose resolution from 1280x720, 640x480, 1920x1080, and more.

Want to burn your merged Xvid files to DVD for viewing on regular DVD player or big screen TV? Just click the "DVD" tab, then set your aspect ratio like 16:9 or 4:3 and TV standard to make a DVD video at ease. 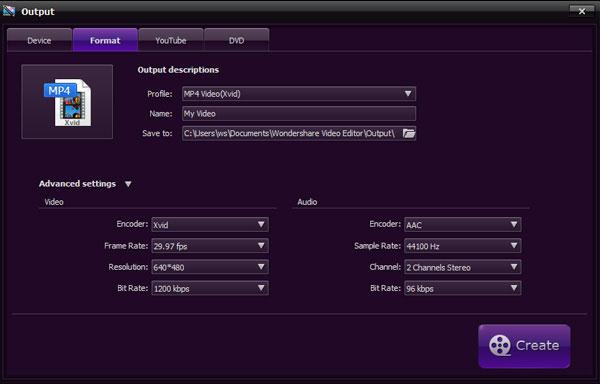 Here is a video tutorial for you:

How to Resize AVI (Xvid, Divx) Files for Smaller Size