Download on the App Store
Get it on Google Play
Download
Download
Call us: +1-60-4343-8521
Mon-Fri 6:00 PM to 11:00 AM Pacific Time
International phone rates may be charged by your service provider
Filmora Video Editor
Best After Effects Alternative for Beginners
Try It Free Try It Free

How to Do Motion Tracking with After Effects on Mac

Adobe After Effects is always ahead, especially for Mac when it comes to professionalism in feature films or any composition and animation task. It is a full-fledge software streamlined for animators, designers, and compositors to do a lot of advanced tracking of an object in After Effects. Its motion trackers help apply the tracking data over different items to add various elements into a particular video clip.

So, let's study the motion tracking in After Effects on Mac in detail as follows.

When you track the movement of an object or element within data, it is known as “Motion Tracking” in the world of video editing. There are many tools out there to help you out with motion trajectory, but doing motion tracking with After Effects is a relatively easy phenomenon to be followed. If you get to professionalize your motion tracking skill, it will be super easy to apply similar data to another layer and enjoy it. To track objects with After Effects, you have many options, including Point Tracker, 3D Camera Tracker, Spline Tracker, and Mocha AE Tracker.

Given below is a step-by-step tutorial to make motion tracking with After Effects.

Part 2: How to Apply Motion Tracking with After Effects on Mac?

You should understand how to do single-point tracking via motion tracking in After Effects in the detailed steps given below.

The first step is to purchase the Adobe After Effects software on Mac and open the main interface to add media files. Click the File > New > New Project to create a new project. Then, select Import > Multiple Files > Open. 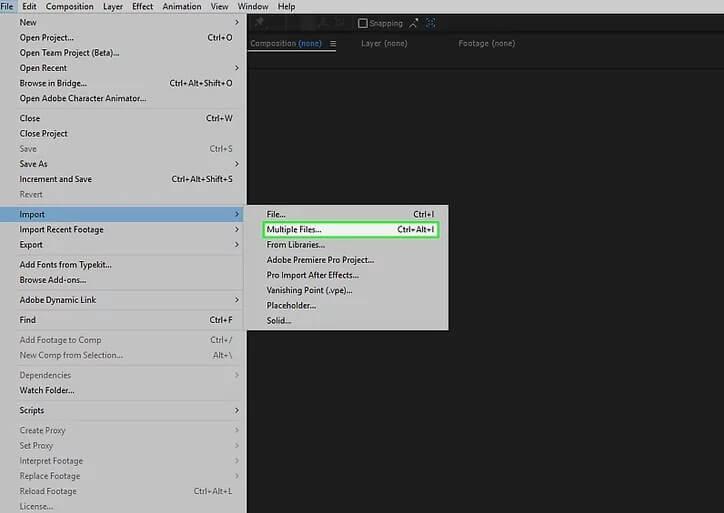 After selecting the layer, right-click it and choose the Track Motion in the Tracker Panel, as shown below. 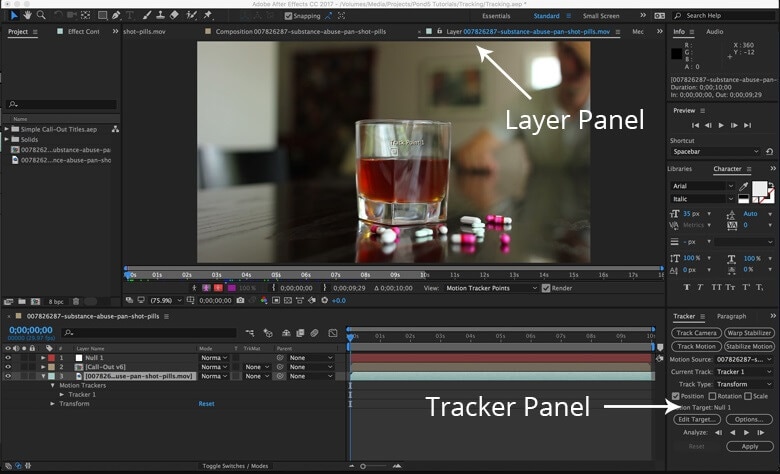 Your selected area is the Motion Source. You can track different sizes in a single clip. Also, the Current Track signifies the active tracker. As you can see, you can follow the Rotation, Position, and Scale.

Select Transform to select among types of track. 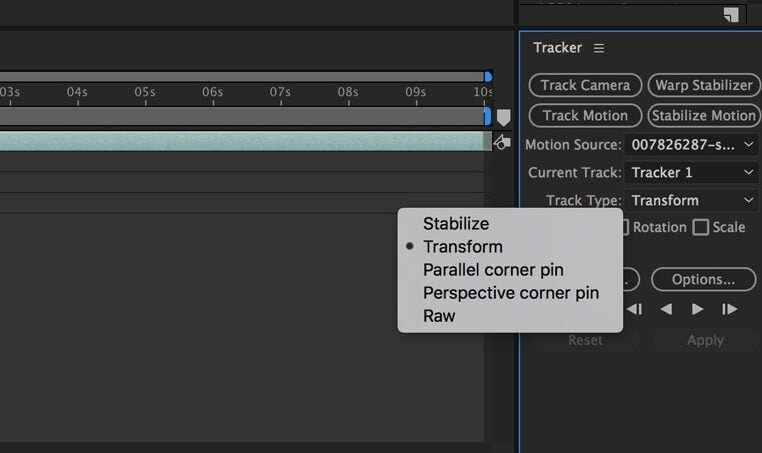 Set the Layer panel's track points among Search Region, Feature Region, and an Attach Point. Place tracker at where you want to track the object, as shown in the image below. 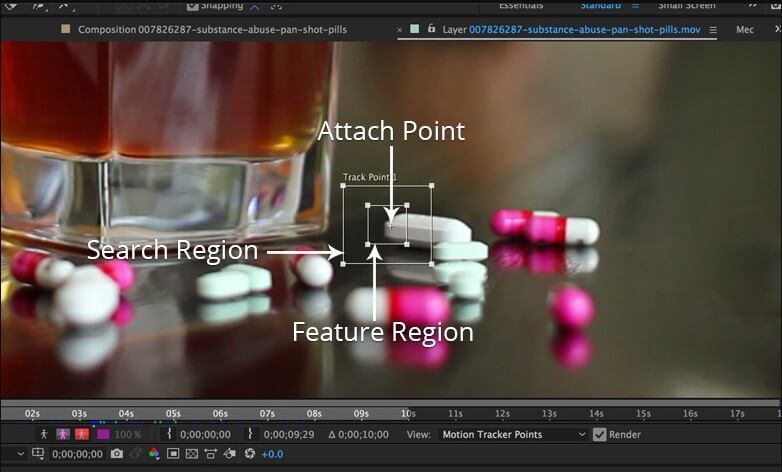 Press Analyze Forward to further start the process. You can begin tracking either from the start, middle, or end of the video clip. 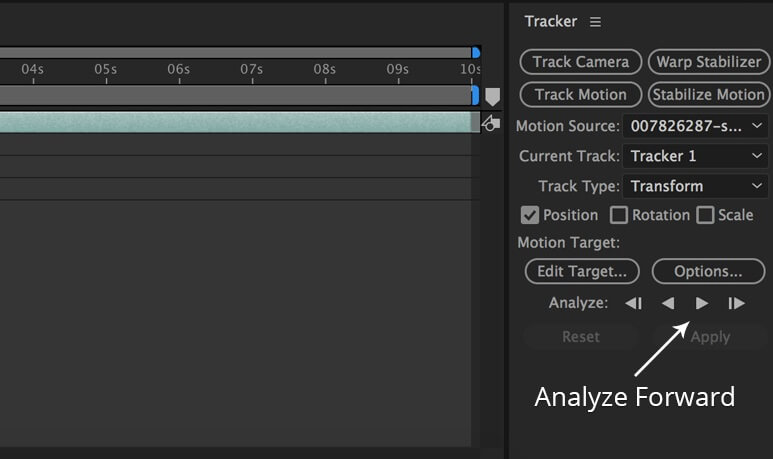 Then, the keyframes will be generated for each shot. 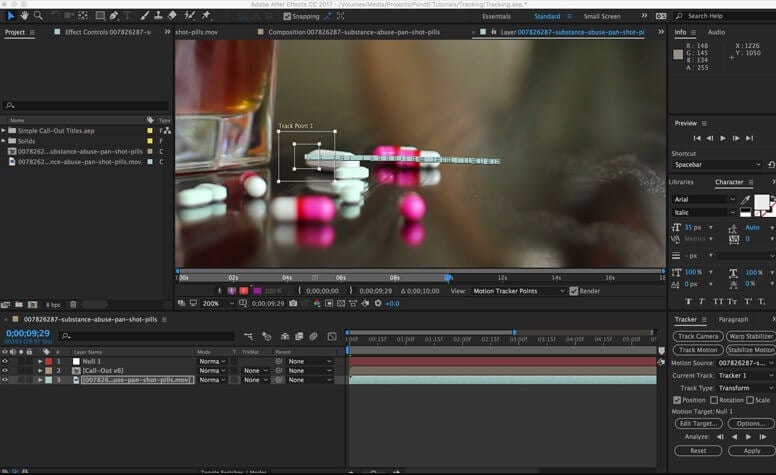 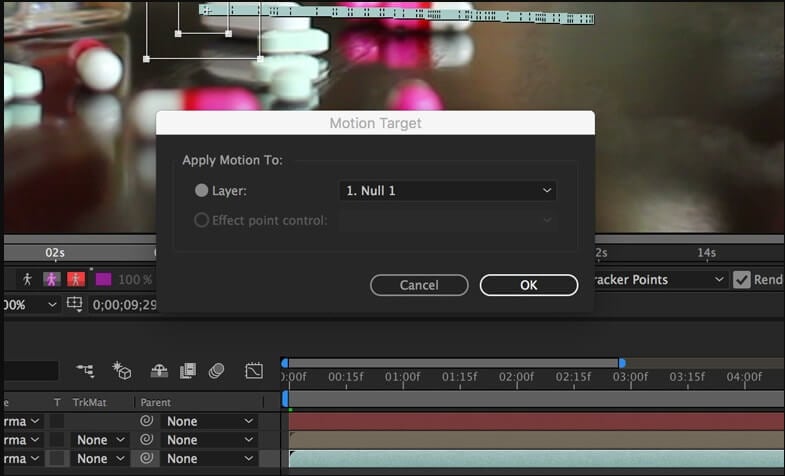 Click Apply Dimensions to select X and Y and hit the OK button to confirm. 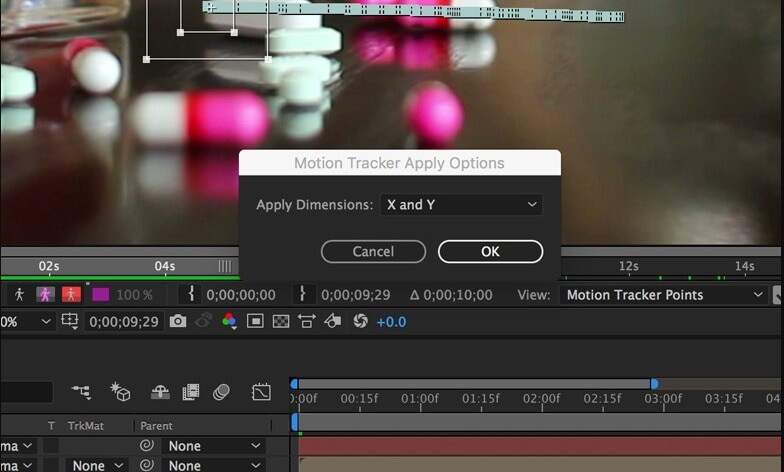 Track the layer data by dragging the whip of the Call-out layer to Null 1. 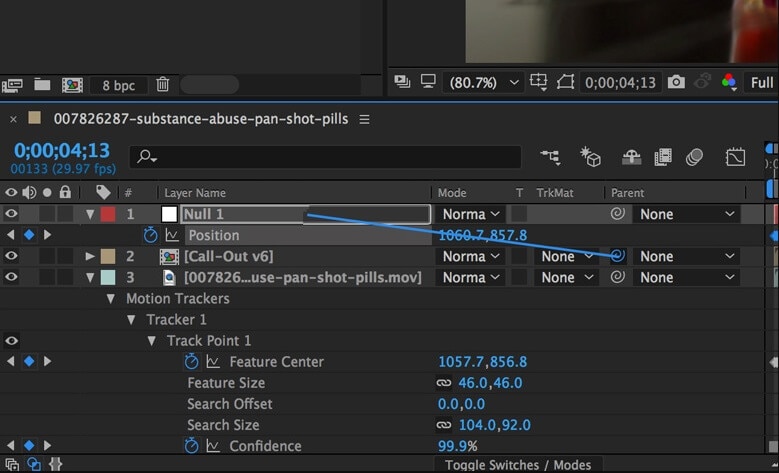 Let the null objects to follow each path along with the moving target.

Part 3: What to Do If Motion Tracking Not Working in After Effects?

After studying the After Effects tracker tutorial, it's time to discuss some troubleshooting motion tracking issues with After Effects.

If the problem persists with mocha AE, try to increase the tracking area and search area. Make your search area big enough to include pixels inside the box and move to the next frame. In case of quick motion, delete the tracking keyframes and go to the following reasonable frame to adjust trackers.

How to fix the camera tracking problems? For whatever reason, the After Effects tracker is not working, and you cannot track the points while selecting the camera. You have to select the layer in the timeline and effect chosen to choose those particular track points.

Sometimes you can see the track points but cannot track them. If it's the case with you, make sure you select the effect and layer, as suggested above, with the Layer Controls switched on.

Another common problem comes when the 3D Camera Tracker fails to work. You import the video clip, throw the 3D Camera tracker over it, and get the error named “Analysis Solve Failed”.

The main reason could be the fast camera movement with undefined shapes and blurry frames. This situation will not allow 3D Camera Tracker to follow the camera movement and cause troubleshooting issues correctly.

Another reason for the issue could be moving foreground elements. If your video clip consists of a large moving piece in the foreground, the 3D Camera Tracker will not track moving objects thinking they are the fixed creatures.

So, these are some troubleshooting issues you may face while tracking an object in After Effects. If you notice the solutions provided, the problems get solved within few minutes without any complication. And, you can look for the best alternative if you still find the After Effects motion tracking tutorial a bit complex.

Part 4: The Best Alternative to After Effects – Wondershare Filmora for Mac

The motion tracking in After Effects would be super simple if we choose to use the simple yet functional video editing software - Wondershare Filmora for Mac. It comes with all you need to create high-quality videos. Filmora is said to be a great name in the Mac community.

It comes with the following advanced video editing features to take note of on a simple procedure.

All in all, it's effortless to use the motion tracking tool in Wondershare Filmora for Mac.

It all starts with the help of the "tracking box" to select the moving object. Then, you are required to compute the "move path" via rendering motion tracking. The last steps are to choose and adjust the follower to confirm motion tracking with Filmora.

So, try it out once, and I am sure you will find Filmora pretty simple!