Want to Know More About Aac Converter? You Can Start Now

Want to Know More About Aac Converter? You Can Start Now

We're hoping to answer these questions (and then some!) in the article below. Where we give a brief, but a definitive guide on AAC.

This is followed by a detailed breakdown of how an AAC Converter can be used to convert AAC to MP4, convert MP4 to AAC, AAC to AC3, AC3 to AAC, and many other iterations.

Part 1 The Definitive Guide on AAC

We begin with the promised short, but definitive guide on AAC — wherein we answer the most pressing question on AAC and why it might be considered better than other alternatives for some:

AAC is a lossy file type under the name Advanced Audio Coding (A.A.C.) If you want something to compare it to, it's closest to MP3 (MPEG-1 Audio Layer 3), which is also a loss format. When it comes down to it, most people tend to default to MP3 when it comes to general needs. But, AAC, having been developed as a sort of 'successor' to the MP3 format, manages to achieve the higher sound quality at the same bitrate.

02Advantages of AAC over Other Formats - vs Mp3

The main advantage of AAC over other loss file types is that it manages to maintain high-quality sound despite being at the same level of compression. It's also touted by Apple as the audio file format, as it is what they promote for all iOS portable devices.

The only caveat to all this was that AAC was not as accepted by many media players That's different now, of course. Nowadays, most standard music players support not only MP3 files but also AAC files

Now for the promised tutorials Starting with a basic one where we teach you how to use an AAC converter to convert AAC to MP4 and convert MP4 to AAC We'll be doing both of these things with the use of an online AAC Converter called FreeConvert (which you can use for FREE with some limitations).

In order to convert AAC to MP4, one must start by launching the converter that they intend to use and upload the AAC file they want to convert.

We've linked the AAC Converter we'll be using for this example below: 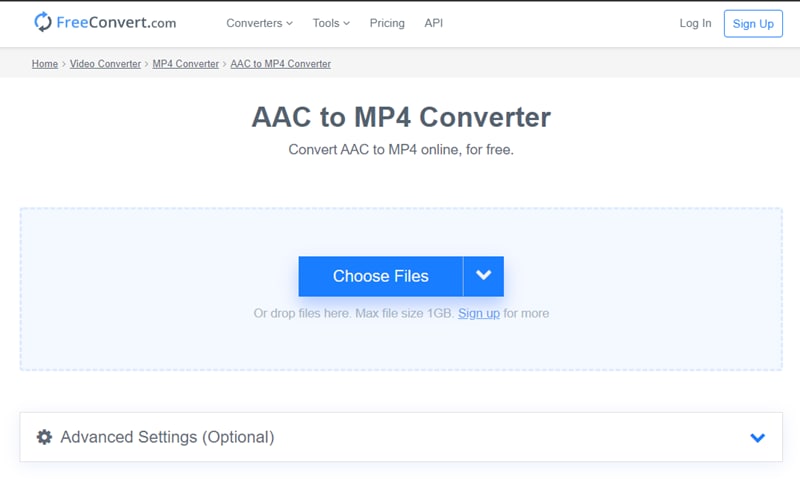 Next, make sure that the output format has been set to the proper parameters. Which, in this case, means making sure that "Convert to:" is set to "MP4" 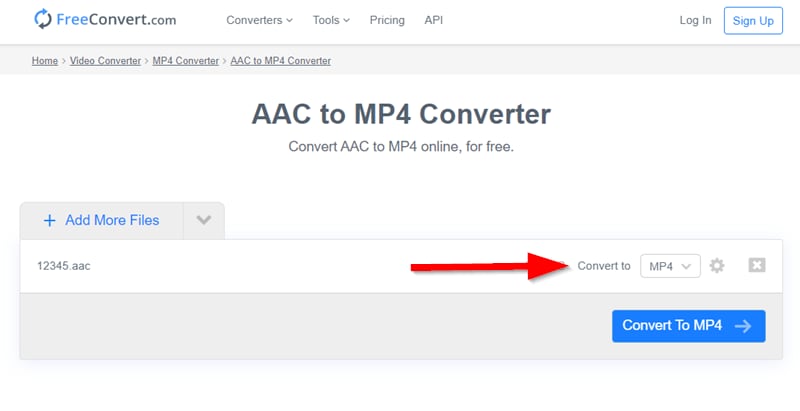 With conversion parameters set, click the "Convert to MP4" button in order to move forward with the conversion 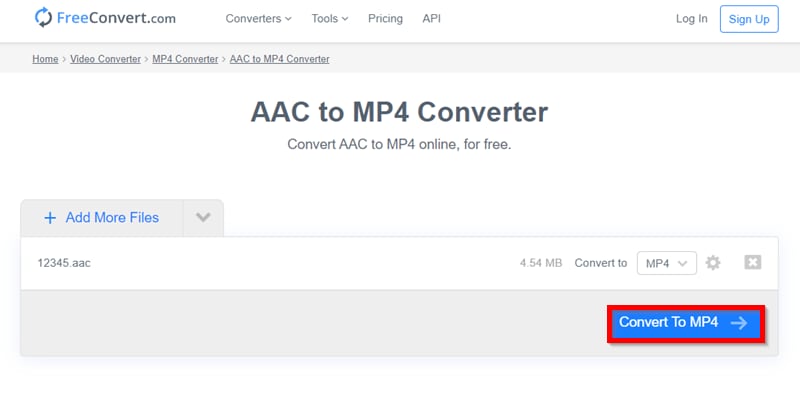 Once your AAC file has been converted to MP4 (it may take several seconds, if not minutes, depending on your internet speed and speed of your converter), you can then save your finished file by clicking the "Download MP4" button.

Next up, we go straight to teaching you how to convert MP4 to AAC We'll be using FreeConvert's MP4 to AAC Converter for this

The process begins, just like before, by opening up the converter and uploading the file you want to convert (in this case, it's an MP4 file) 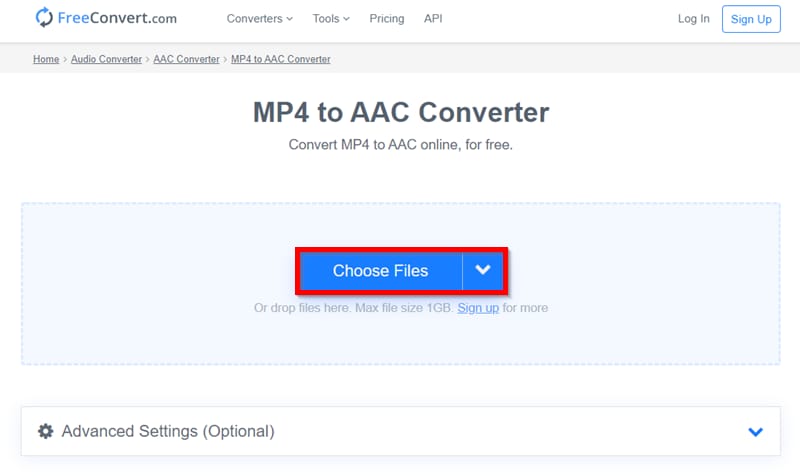 When the file has been uploaded, confirm that the output file type has been set to AAC, and then click the "Convert To AAC" button to move forward

After a couple of seconds (or minutes), you should then be able to download your newly converted AAC file by selecting the "Download AAC" button

Part 3 How to Convert Videos from Youtube to AAC

We extend this guide with a YouTube to AAC Converter or, more specifically, a converter that will allow you to easily (and quickly) convert videos from YouTube into high-quality but compressed audio files in the form of AAC We'll be using another online converter for this one. This time, it's called Loader.To

As an online tool, one must visit the website where the YouTube to AAC Converter is hosted in order to use it A link to the website we'll be using for this example has been provided for this purpose...

Once the converter has finished converting the YouTube video into AAC, it will allow you to download it by clicking the 'Download' option After which, you can save the newly converted AAC file to whatever device you wish 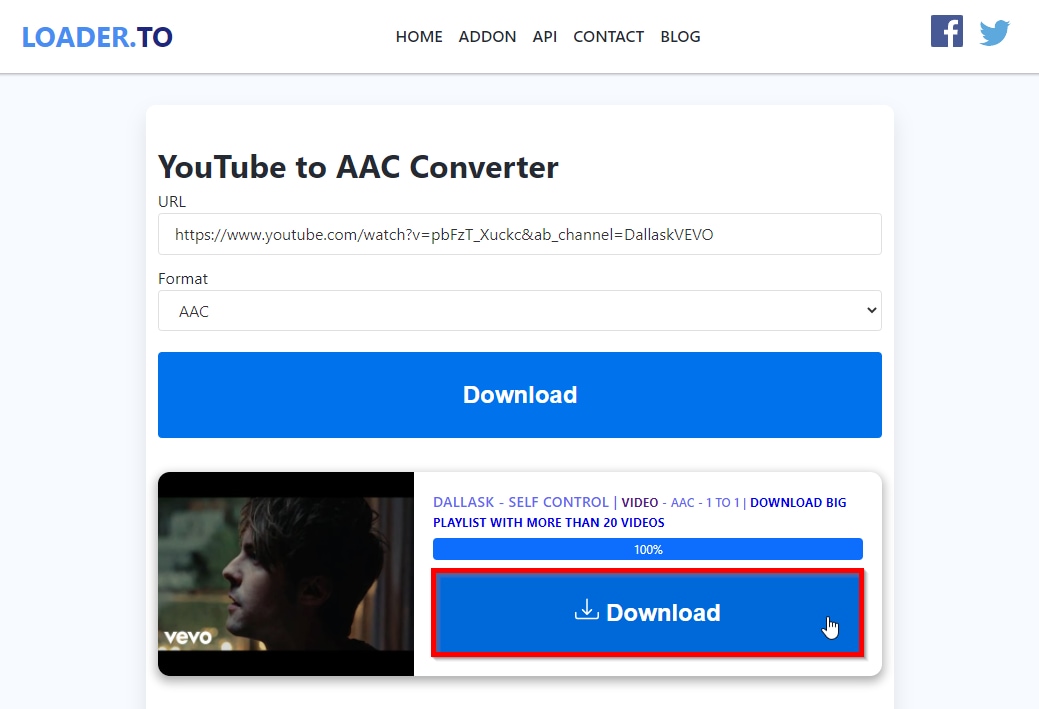 Part 4 Does Apple Music Use AAC?

01What is AAC Audio Apple Music?

AAC Audio Apple Music is just your regular AAC file. It's the standard AAC. iTunes chose to use it for their store not only because it ensures higher-sound quality, but also because it gives them a way of managing their consumers (i.e., if you cancel your iMusic subscription, you'll lose access to the songs. You also can't burn AAC Audio Apple Music songs onto a CD). 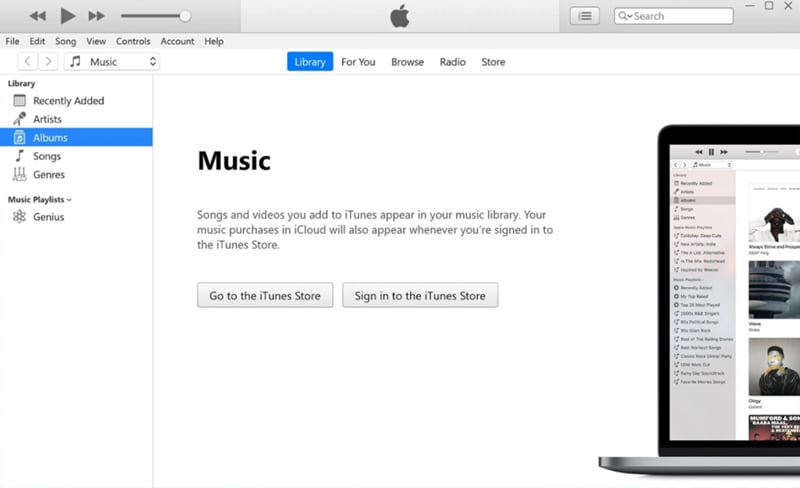 02Which is Better: Apple Lossless or AAC?

The two are pretty much the same Apple Lossless Audio Codec (simply called Apple Lossless or ALAC) is a compressed audio file format just like AAC. But, because of the way it's compressed, the sound quality is not affected. The big difference is that, if you get an original ALAC, you can be sure that the quality will be exactly the same as the source. So, if you get an ALAC file, it's best not to convert it

If you're still worried about sound quality for one reason or another, perhaps because you're working on a professional project that requires that level of precision, our recommendation is that you use a high-quality video editor like Wondershare Filmora Video Editor With a certified professional tool like this one on your side, you can rest assured that the quality of your projects remains top-class 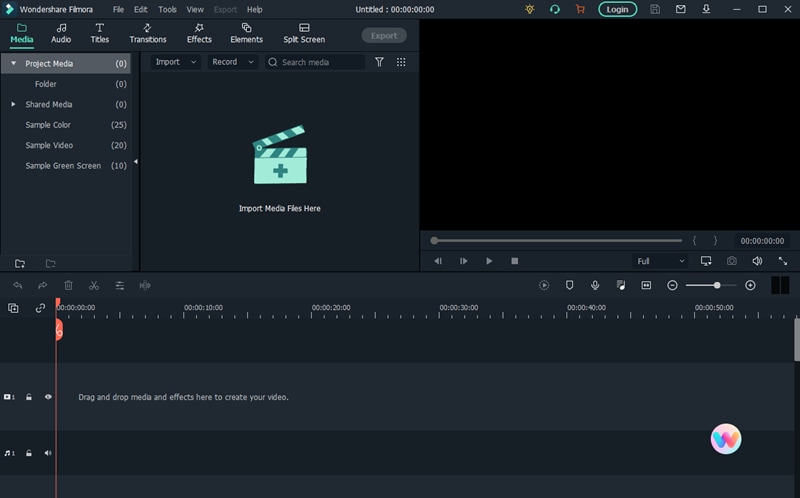 ● The AAC, the bonafide successor of the MP3 file format, gets a bad rep because it was pretty untouchable for a while. After all, unlike the more accepted MP3 file, you couldn't freely make use of it with the worrying lack of compatible media players

● But, now that it's becoming more and more of a common file format, its ability to compress audio without the loss of quality shines even brighter

● If the reason you're interested in AAC is that you're looking to keep the quality of your content high, then we recommend that you do so by making use of equally high-quality equipment — like the professional video editor, Filmora.