Microsoft has recently released its new consol with all new features and it falls in the category of mid range players with price tag of £350.00. There are so many interesting things to talk about Xbox One S that are discussed below in detail.

Not suitable for native games that have 4K content quality.

Xbox One S is well known for its cleaner and smaller design; in simple terms it is about 40 percent smaller so you can imagine the internal power supply that is impressively designed. It appears eye catching with stark white body where slick plastic type moldings are framed over entire box. Users rate it one of the best design from Microsoft’s Blu-Ray player series. It is slightly bigger than PlayStation 4 but smaller as compared to mini-ITX PCs.

The controller design is highly modified for this product and now it possesses a streamlined top section with textured grips and better range. Users can also connect this device with Bluetooth so naturally it offers easy connectivity to wide range of external devices. You need not to worry about dongles when you are using Xbox One S, especially when you have a PC with Bluetooth compatibility. Moving towards power, this player works on AA batteries that are environment friendly and offer great performance. 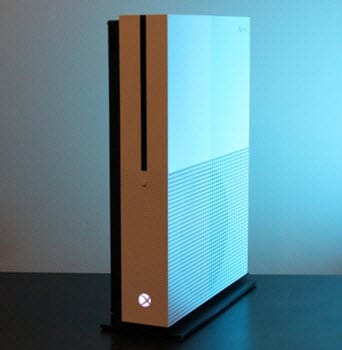 Specifications of Xbox One S are simply good with Ethernet, Optical Audio Out, IR Out, two USB ports and HDMI in and HDMI out. You will be glad to know that its HDMI output has been upgraded to 2.0 from earlier 1.4a design. When HDMI 4.1a standard was used then player was able to support 4K content but it only allows 30Hz frequency range. When TV shows and Films are accessed at 30Hz, they appear choppy with disturbing details. On the other side, if you access same content on 2.0 version then it offers impressive output quality with 60Hz support.

The Kinect port is absent now but you will not miss that with this new design as USB port serves for all user needs. You can easily connect wide range of peripherals on this USB port. One more addition is IR blaster that can be found on front portion. With all such improvements we can say that Microsoft has cared about wide set of multimedia capabilities. With this added IR blaster feature, users get ability to turn on other devices via Xbox One S controls; the examples are home cinema amplifier and TV. Further, 2TB storage addition is one more welcoming update. As game libraries usually demand higher storage space so Microsoft’s recent player can serve your need well.

This Blu-ray player is powered with well spaced eight core type AMD custom CPU design that is clocked with 1.75 GHz whereas the similar kind of Radeon GPU have 1.23 TFLOPS peak shader type throughput and you can also access 8GB DDR3 RAM for huge storage. The GPU frequency with this latest design has been updated to 914MHz from 853MHz. Its HDR ability makes users able to work on game videos with crystal clear details. Some of the best HDR games for this platform are Scalebound, Gears of War 4 and Forza Horizon 3. 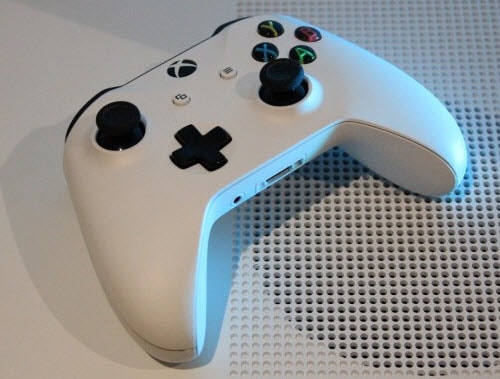 Xbox One S has received impressing upgrade with its advanced video capabilities that serves 4K resolution along with HDR range. The first option delivers content with 3840x2160 rating that is about 4 times higher as compared to 1080P resolution level whereas the HDR quality ensures stunning enhancement over color and contrast. Note that all these updated features can be accessed only on systems that offer 4K compatibility. Users can also enjoy 4K content streaming via streaming apps that are easily available over internet as like Netflix and Amazon etc. Further, it also extends support to 4K Ultra HD type Blu-ray discs so that users can easily enjoy games on this platform.

When you work on HDR content then, colour gamuts naturally become wider as compared to standard RGB palette so you will be able to identify much brilliant whites and deep blacks with impressive color contrasts in between. It helps users to translate details with much vibrant content as the highlights are less affected by clipping. In simple words, even the darker scenes are capable enough to provide smoother information with perfect gradient adjustments.

Currently Xbox One S can be rated as one of the cheapest 4K blu-ray player among all competitors and it is the biggest win for company. Xbox One S presently possesses only one consol that can work for UHD Blu-rays. Although, Sony has tried well the fight against Xbox One S features and its new consoles are offering connectivity over HDR content but it is somewhat similar to Xbox One S abilities. Your device has ability to detect connected external inputs automatically so whenever your system boots up then it will ask users to choose 4K resolution whereas the simple screen settings can make this selection process much easier.

Xbox One S is also known as a superior upscaler that initiates super sharp pictures with well defined edges but sometimes finer textures of image are observed to be little blurry. The best alternative to avail desired high quality output is to input your 1080p feed directly to the 4K TV and then let this TV handle the content with in-built upscaling facility that can bring it up easily to 4K resolution level. 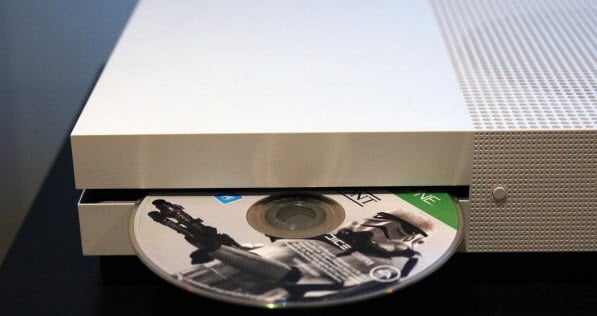 Should I Buy the Xbox One S?

There is no doubt to say that Xbox One S is far better than Xbox One with so many impressive improvements over design as well as features. However, the gaming content ability is still the same whereas ability to process HDR gaming is useful enough. It offers upscaled 4K output with competing performance over boot period.

The real benefit of making investment over Xbox One S is its ability to process UHD Blu-ray content. It also faced powerful competition against Panasonic and Sony devices but when users need all great features at small price range then Microsoft’s Xbox one S is simply the best option to get connected. It is right time to order your product online and start streaming impressive shows and games with ease.