Manny Gutierrez, or MannyMUA as he’s known to the internet, has been tapped to work on Maybelline’s new ‘Big Shot Mascara by Colossal’ ad campaign. In the promotion, he encourages beauty enthusiasts – men and women alike – to ‘lash it like a boss’.

Maybelline has never featured a man in its ads before, so Manny is breaking new ground with the company.

Big makeup companies play a huge role in defining what we, as a society, find beautiful. A major brand like Maybelline working with a male influencer like Manny is a huge step towards normalizing the idea that men wearing makeup can be beautiful, and wanting to be beautiful is not an exclusively female desire.

Wanting to have badass lashes that make your eyes pop doesn’t make you less of a man. 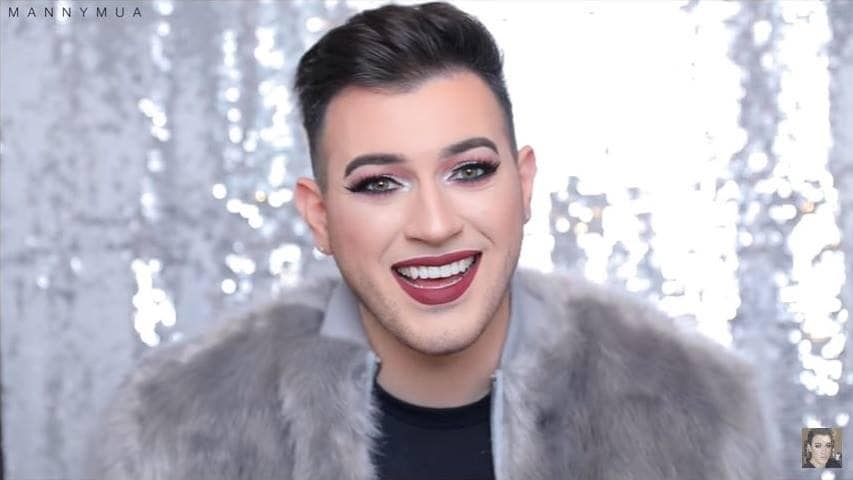 Brands should be given credit for taking this leap, but are not the visionaries in this story. Beauty vloggers like Manny are.

Manny has been making videos about makeup since 2014, and he was an Instagrammer before he was a YouTuber. He does all of the most popular types of beauty videos; makeup tutorials, ‘get ready with me’s, monthly favorites, and product reviews. He has a massive following of over 2 million YouTube subscribers and 3 million Instagram followers.

Manny and other male makeup YouTubers/Instagrammers have already proven that there is an audience ready to embrace the idea of male beauty icons. It’s just hitting the mainstream now.

Several beauty brands have lines of products that are either intended for men or marketed as unisex. Manny has actually partnered with brands before putting out his own products.

Manny’s liquid lipstick Serenity (named after the Sailor Moon character) is made by Gerard Cosmetics, and he has also produced a color palette with Makeup Geek.