Top 10 Most Subscribed YouTuber in the World

YouTube is the most popular video streaming platform on the earth, with over 2 billion monthly views. There is no shortage of fantastic stuff on the platform, regardless of your subject of interest. Moreover, YouTube is a massive platform. With over a billion visitors and countless hours spent on the site, it is the most popular website. YouTubers have also used the platform to make a name for themselves as celebrities.

If you're looking for some of the best and most well-known YouTubers, this is the post for you. Here's a list of some of the most well-known YouTubers to watch. The most popular YouTubers will have changed dramatically by the time this article was read in 2020. Even the number one place has altered, with T-Series displacing PewDiePie. As 2020 becomes the year of the lockdown, people's perspectives and appreciations have widened significantly. Of course, not all fame and money go hand in hand, so here is a list of the highest-paid YouTube stars. 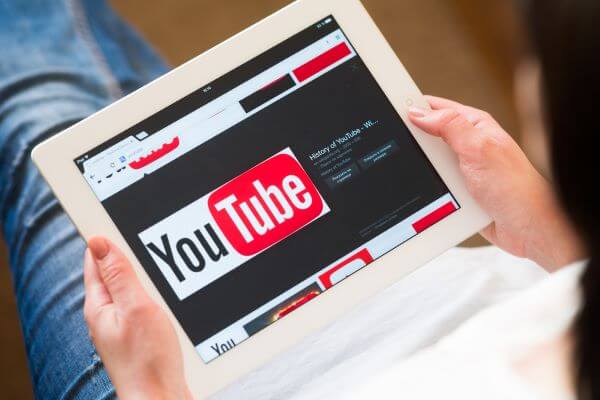 Is It True That Being a Youtuber Is a Simple and Enjoyable Profession?

On the other hand, being a famous YouTuber is a difficult task. Every famous YouTuber has gone through a long period of struggle and devotion. You'll need to make some investments, go through various processes, and so on before you can start making your first video. It's challenging to keep organized and on track with your dreams of becoming a YouTuber when there's so much to do. If you want to become a YouTuber, this post will offer you a definitive checklist of things to complete.

The Ultimate Checklist for Becoming a Youtuber

- Make A Decision on Your Niche

The first step is to decide on a business specialty. Prepare a list of the sectors you'll be covering in your films. It's easy for your thoughts to wander when you're trying to cover too many topics and niches. Pick a few appropriate niches based on your interests and/or experience. For example, a fitness YouTuber would make videos about workouts and a healthy diet.

- Describe The Purpose of Your Channel

What do you want to achieve with your YouTube channel? Do you want to make instructive videos to help others? Do you want to create how-to videos and tutorials to show others how to do things? Perhaps you simply wish to entertain others by sharing stories. Outline the goal you want to accomplish with your channel so that your videos have meaning. It will also help you get off to a good and consistent start rather than attempting to cover everything all at once.

It will be easier to maintain consistency if you have a regular schedule. It assures your subscribers that new videos will be released on the scheduled dates. It also includes a thorough timeline that you can use to plan your activities and keep on track.

Top 10 YouTuber in the world

Dude Perfect, a sports entertainment channel run by five guys from the United States, comes in at number 20 on the list. They began with basketball trickshot videos and have since grown to become one of the most popular YouTube channels in the world and the second most popular sports channel. The owners are Garrett Hilbert, Coby and Cory Cotton, Cody Jones, and Tyler Nathan Toney.

Dude Perfect, which has 56.7 million members, makes films on a wide range of topics; however, the sport remains a key focus. Drones, lasers, and, of course, trick shots are all covered on their channel. Dude Perfect's content comprises primarily of videos displaying various trick shots, stereotypes, and stunts.

There are 102 million subscribers to Felix Arvid Ulf Kjellberg (PewDiePie). Felix was the most popular YouTuber in the world for a long time, and he made a lot of original videos. Indeed, he recently celebrated the tenth anniversary of his YouTube channel. He is a gamer who streams live footage of playing various games on his channel. He also does some vlogging and has a meme review series. To increase the number of views on his videos, he frequently collaborates with other well-known YouTubers.

Coco melon is a 3D animation filmmaker specializing in conventional and original nursery rhymes and children's songs. They are currently the most popular YouTube channel in the United States, despite coming in third overall. They have the most children's channel subscribers.

Children, adults, and animals engage in everyday life in most of their videos. At the bottom of the screen, the lyrics are displayed. They blend single music videos, compilations, and live streams in their YouTube videos.

In just 5 minutes, you may make a variety of crafts. 5-Minute Crafts has been on YouTube since November 2016 and is owned by soul Publishing, a Cyprus-based firm founded by Russian developers Pavel Radaev and Marat Mukhametov, who also run popular content farms channels like BRIGHT SIDE. There are 70.3 million people that have signed up for the service. There are 70.3 million subscribers.

The 5-Minute Crafts channel exemplifies the diversity of YouTube channels. It includes life hacks and insane home science stunts and instructions on how to perform them. It bills itself as a place where individuals may "feel the delight of doing it themselves."

The proprietors are Gulshan and Bhushan Kumar. There are 166 million subscribers. T-Series and PewDiePie fought for the top spot-on YouTube regarding subscriber numbers for a couple of years. For a long time, PewDiePie had been the unchallenged kingpin. T-Series' fame in India, along with the fact that they have released considerably more content than any individual, has driven them to the top of the heap.

T-Series is both a record label and a film production firm in India. The corporation has 29 YouTube channels, but this is the most popular. It primarily features music videos and movie trailers. The Hindu language is used for much of the content.

7. Zee Music Company Is A Music Publishing Company Based In India

Kirthi Rai, Vinay Gulwalani, and Pradeep Tripathi founded the company on March 12, 2014. There are 66.7 million subscribers. This is just another Indian enterprise demonstrating the power of massive numbers of Indian YouTube subscribers. The firm has amassed a sizable market share in Bollywood music in a short period. T-Series, both on YouTube and in the Indian music sector as a whole, is seen as its main competitor. The company's collection contains about 222,000 hours of television programming and 3,818 film titles.

66.4 million subscribers like Nastya are yet another of those popular YouTube channels for youngsters in recent years. Anastasia Radzinskaya is a Russian American YouTuber who goes by the names Nastya, Like Nastya, and Stacy. On January 14, 2021, she will become seven years old. Anastasia operates her YouTube account with the help of her parents. Anastasia has moved to Florida in the United States, even though she is Russian (and started her channel there).

There are 62.5 million subscribers. This is Konrad's music channel; he is a music video producer and the owner of KondZilla Records. He mainly shares music made by his record company, music videos, and behind-the-scenes footage on his channel. Music channels are among the most popular on YouTube, and this one is right up there with the best. Because a single person runs this, it places him on our list of the most popular YouTubers.

There are 60.8 million subscribers. Vlad and Niki maintain the popularity of children's YouTube channels. The channel features brothers Vlad and Niki's unique personalities and antics, which are exhibited in nonstop fun and wacky escapades. They are unquestionably gifted young creators. They debuted their initial channel in 2018 and have since expanded to include Vlad and Niki Arabic, Vlad and Niki ARA, Vlad and Niki IDN, and Sweet Songs – Nursery Rhymes, among others. Every episode mixes live-action, animation, and music to create amusing videos for children under the age of six. 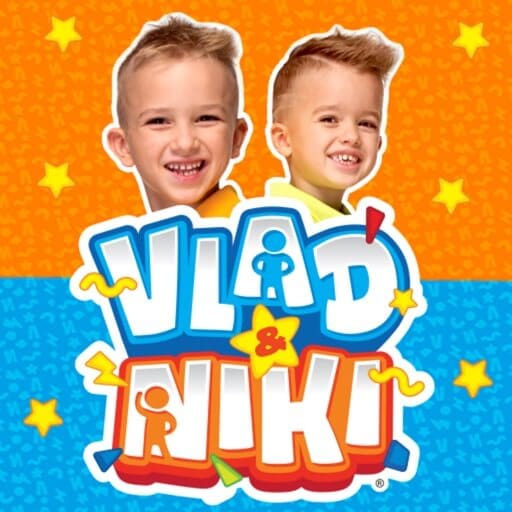 ● These are some of the most well-known YouTubers globally who provide their viewers with fascinating and fun content. So, what do you have to lose? Look through their channels to see which ones you prefer.