Download on the App Store
Get it on Google Play
Download
Download
Call us: +1-60-4343-8521
Mon-Fri 6:00 PM to 11:00 AM Pacific Time
International phone rates may be charged by your service provider
Filmora Video Editor
Best Video Editing Software for YouTube
Try It Free Try It Free

Over the last few years, ASMR videos have grown insanely popular as thousands of YouTubers produce videos that involve whispering and the creation of sounds using the most unlikely objects you can think of.

This phenomenon only started attracting the attention of the scientist in the mid-2000s and in the meantime, it sparked controversies since initially it was associated with sexual experience. Even today, the ASMR video content creators are divided between those that produce content that is supposed to relax the viewer and the content that is aimed to arouse the viewer sexually.

So, in this article, we are going to take a closer look at what ASMR actually is, and help you gain a better understanding of this somewhat mysterious phenomenon.

What is ASMR and What Does it Stand For? 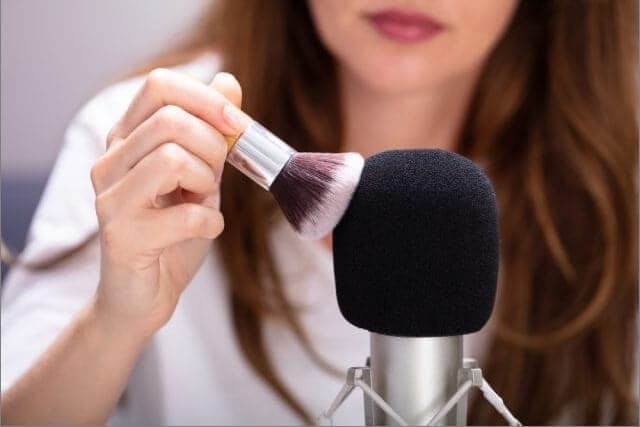 The Autonomous Sensory Meridian Response or ASMR is described is a tingling sensation that originates from the top of the head and then spreads down through the neck and back. The sensation that can be triggered by a variety of visual, audio, or tactile stimuli is often described as inducing the feelings of calmness and happiness.

The sound of paper rustling, a low whispering voice, or touch are only a few among countless sensations that can trigger the ASMR. However, not all people have such a response to a different type of stimuli, and those who do are triggered by different types of sensations.

This means that a person capable of having an ASMR can experience it if someone speaks in a low voice but have no reaction at all if they hear the sound of a brush touching a surface. In addition, so far only a handful of studies have been conducted that attempted to provide a more comprehensive view of ASMR.

Hence there is still a lot we don’t know about Autonomous Sensory Meridian Response and why some people are incapable of experiencing it while others claim that it soothes their anxieties.

ASMR is regarded as one of many forms of synesthesia and in some ways, it is similar to the frisson. Although you may have never heard of this term before you have probably experienced it if you are a music fan.

Frisson is the reaction to a song or a single note you experience on your skin when you’re listening to music. This is by no means the only form of synesthesia you can experience as people can see colors or different types of shapes when they hear sounds.

Synesthesia can either be projective or associative, and ASMR is best described as a form of associative synesthesia. Furthermore, people commonly experience synesthesia through just one sense, although in some cases it can be experienced through all five senses.

It is currently unknown what causes synesthesia, hence the physiological and psychological background of ASMR and other forms of synesthesia is still unexplored.

When and Where Did ASMR Start?

The earliest online debates about the ASMR started around 2009 on the steadyhealth.com. User ‘okay whatever’ mentioned the phenomenon in a thread that went viral and the entire discussion resulted in the creation of the first-ever ASMR YouTube channel called, Whispering Life.

Dr. Richard has been associated with some of the work that has been done to shed light on the ASMR and granted us insight into the physical and psychological benefits of the phenomenon.

The community gathered around the first AMSR YouTube channel has grown and branched out over the years and it currently attracts millions of viewers on a daily basis. The creation of ASMR-themed pornographic content has sparked a divide within this community since some members claim that ASMR is not sexual while others insist that it is.

In either way, the videos that aim to trigger the ASMR in one way or the other have flooded the Internet as the size of the audience attracted by this type of content has been increasing steadily over the years.

Why Are People Listening to ASMR?

There are a variety of reasons why people enjoy watching and listening to ASMR videos. According to a recent study, 98% of viewers resort to ASMR videos to relax, while the same study reveals that 82% of people who watch AMSR videos do it in order to battle insomnia, and 70% of the participants in the study claimed that this type of video helps them deal with stress.

Most people who are ASMR sensitive indicate that watching an ASMR-themed video creates a sense of inner peace and calmness that helps them relax and alleviates the stress they experience in their daily lives.

Moreover, members of the ASMR community claim that this type of content helps them battle anxiety, depression, and other mental disorders. In addition, a significant portion of participants in the aforementioned study claimed that ASMR videos reduced the chronic pain they were experiencing.

Nonetheless, confirming all these benefits of ASMR videos is highly problematic, since it is difficult to assess them objectively. The vast majority of information that is currently available comes from the people who are capable of experiencing ASMR, which makes it subjective. Hence, it is impossible to establish whether or not the physical and psychological benefits are real or just placebo at this point.

What Are The Most Common ASMR Triggers?

The Autonomous Sensory Meridian Response cannot occur under any given circumstances, as the conditions have to be favorable so that a person can actually experience the tingling sensation that spreads from the top of the head downward to the neck and back.

Consequently, such a response is more likely to occur while you are in a relaxed state of mind, listening to a kind and focused person that makes you feel like you’re at the center of their attention. In addition, a relationship based on trust has to be established in order for you to feel safe and calm.

It is difficult to say what can trigger an ASMR because different people react differently to different stimuli. However, ASMR triggers can be divided into the following three major categories:

Visual – A broad range of visual information can trigger the ASMR since anything from unpacking a nicely wrapped gift to watching someone draw can cause a pleasant sensation that spreads through your head and back.

Auditory – Hearing someone whisper, fingers tapping gently on the surface of an item or the sounds objects make when they are interacted with can all be possible triggers of the ASMR. However, whether or not a whisper or rustling pages of a book are going to trigger ASMR depends on the person hearing those sounds.

Tactile – Someone touching your hair, arms, or any other sensitive part of your body can trigger an ASMR response. In addition, ASMR can occur while you’re touching another person’s hair or the surface of an object you find pleasing.

Even though there is a lot about ASMR we still don’t know, millions of people around the globe are searching for content that can trigger ASMR. As the result, the ASMR-themed content is rapidly growing in popularity as it attracts huge audiences on a daily level.

The calming effects of ASMR videos are frequently mentioned as the reason why viewers want to watch them, although verifying the claims that these types of videos have such an effect is almost impossible.

Here we selected some of the ASMR microphones novice and seasoned YouTubers can use to record the audio for their ASMR YouTube videos.

Here we’ve selected some of the best ASMR apps for Android and iOS in order to help you find the one that best fits your needs.

Things About ASMR Video You Should Know

You are at the right place if you would like to learn more about ASMR because in this article we are going to take you through all the things you need to know about ASMR.