12 Best iOS Screen Recorders for iPhone and iPad without Jailbreak

With the releasing of iOS 13, recording gaming or screen on iPhone or iPad is much easier. You may have heard it already that iOS 13 or later version allows you to record your iPhone screen with the built-in Screen Recording feature.

If you are using iPhone 8 or iPhone X, then your iPhone has already featured the Screen Recording tool, otherwise, you may need to update your iOS to iOS 13 or later. There is one thing need to note that not all iPhone or iPad device support iOS 13 because iOS 13 supports the only 64-bit device. If you are using the iPhone 5, iPhone 5c, or other older iPhone, or the 3rd&4th generation of iPad, then you can not update it to iOS 13. If your iOS is older than iOS 13 and you still want to record the behavior on your iPhone, you need a screen recording app for iPhone to complete the recording.

If you need a free screen recorder without time limitation and watermark, I highly recommend Wondershare DemoCreator. It's a powerful screen capture and also a video editor without any limitation:

Watch the video below to learn how to use the 3 best tools mentioned in this article to record iOS screens.

You may also like: How to Use Airshou to Record Screen? [Step by Step Video Tutorial] 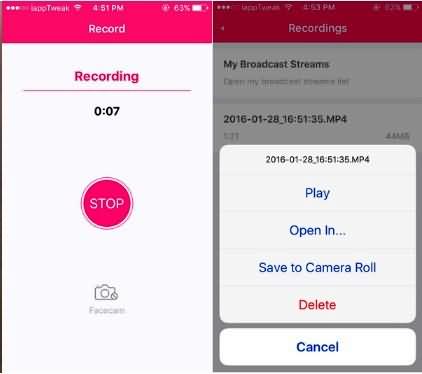 Vidyo application serves users for recording screen videos along with active audio controls that can be the internal voice of the device as well as audio from the microphone at the same time. The resolution offered goes up to 1080P with 60fps and there are so many attractive mixing features for advanced recording results. The sad part is that users cannot hear the voice of the speaker when the audio sound is being recorded. 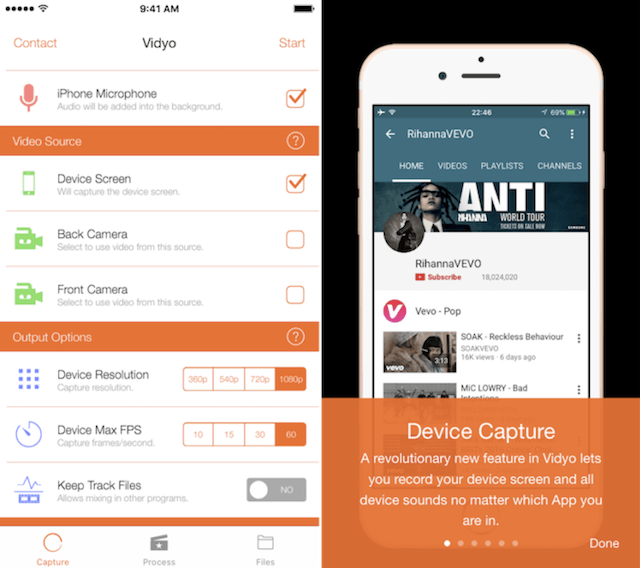 Here is one more screen recorded for active users that helps in easy mirroring while recording. The best part is that it allows easy streaming with an extremely intuitive user interface. BB Recorder can be utilized for camera recording, live screen recording, and basic screen capturing needs. The installation process is very simple and it has the power to serve users for professional usage. 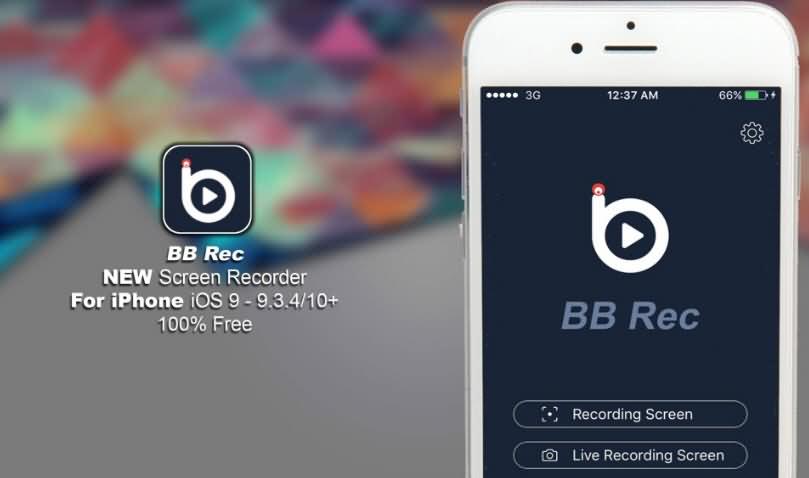 It is time to enjoy mirroring with crystal clear game recording features on iOS13 or future versions, using Wondershare Dr. Fone iOS screen recorder. You can avail of this software tool in iOS as well as windows version with the best feature that is one-click start function. Users can also enjoy customized settings with the application so that desired videos can be created easily. This application can be used for presentations, education, gaming, business, and other recording needs.

You will be glad to know that CoolPixel is not just a video recorded rather it also serves as an advanced video editing software program. People love to use this screen recorder for games but it is not able to capture the game audio during the recording process. With this software tool, you can add so many filtering effects to videos along with subtitles, cutting, and dragging combinations. Users love to take benefits from their creative editing support.

iRec is one of the most simplest and efficient screen recording tools that can capture videos at very high resolution. Some of the incredible features of this software program include simple to use, well-designed navigation platform, and high-quality video output generation abilities. People love to use this screen recorder for capturing game events or just to create interactive tutorials. 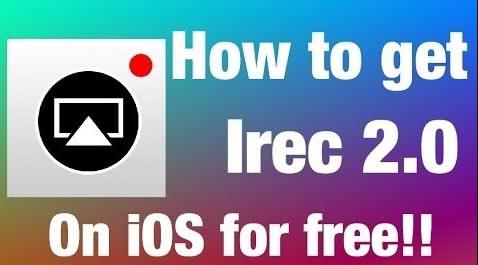 Here is an easy-to-operate application that can assist users to capture screen movements, recording and for an advanced image as well as video editing requirements. It comes with an intelligent file manager and serves with quick sharing features. 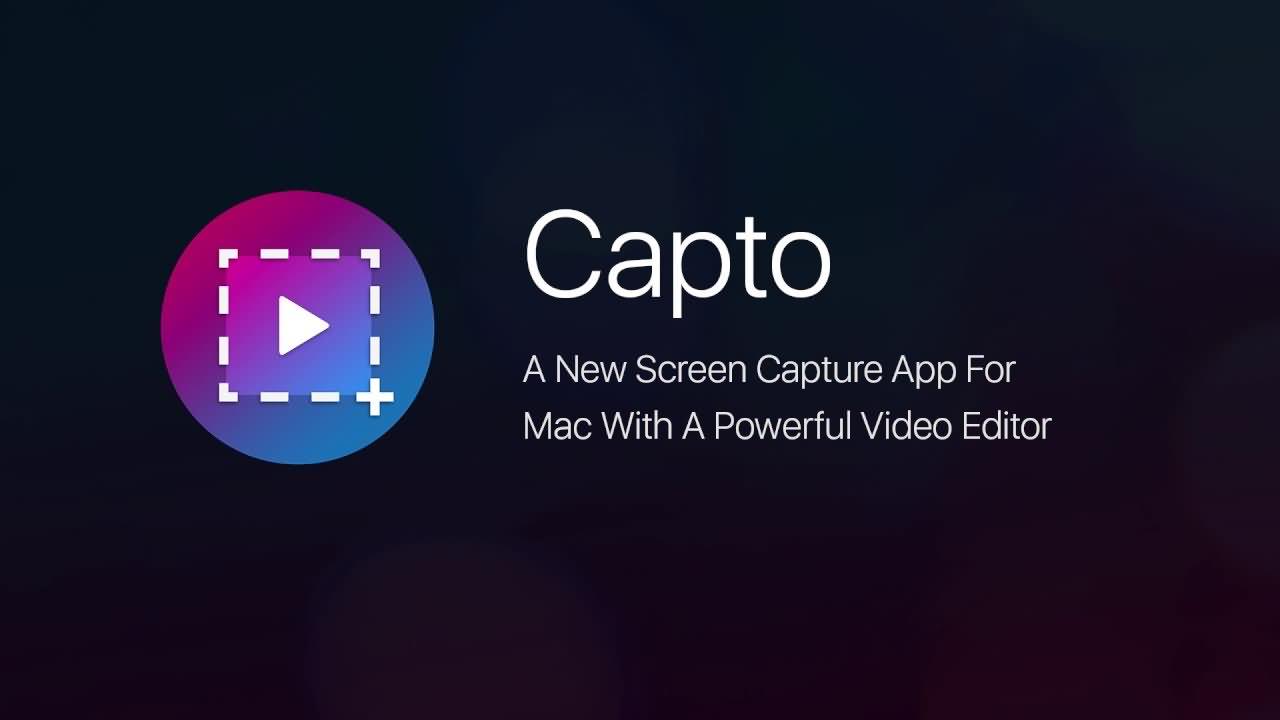 This software tool allows users to record any selected portion of the screen so easily over iOS. It can capture the signals from a video camera, microphone, computer’s audio as well as multi-channel audio devices at the same time.

This software program is owned by Apple and is rated as one of the most powerful screens recorded with a built-in type media player. Users can view a wide number of file formats using this software tool. The advanced video recording technology results in rich quality output with an improved audio combination. 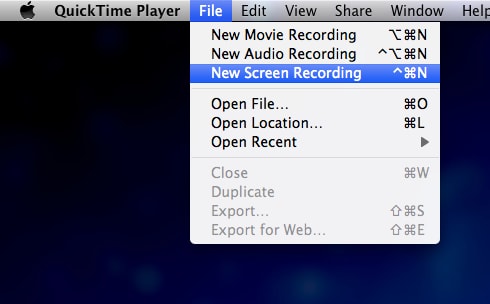 Here is an advanced screen mirroring software program for Xbox One, PC, and Mac. With the help of this program, one can receive Miracast Streams, Google Cast and Airplay, etc. same as that of an Apple TV. The advanced editing features of this screen recorder application make it to stand in the top ranking among all screen recorder software programs. 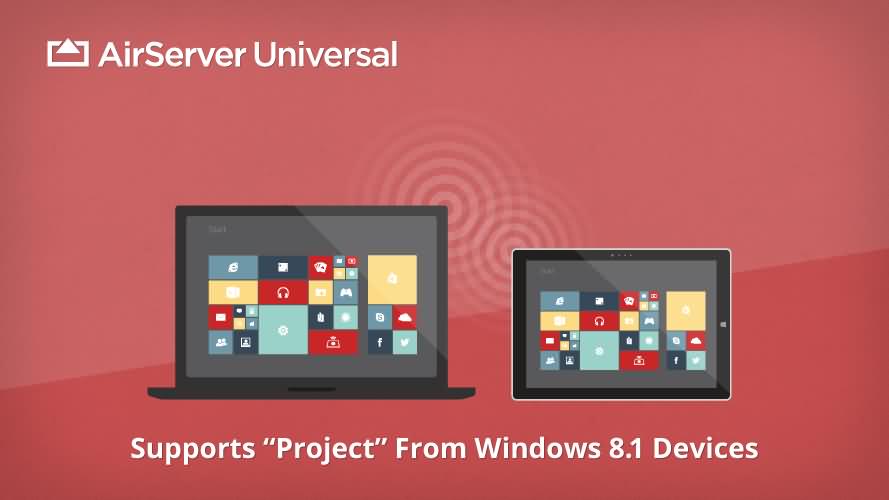 Reflector is popular as wireless streaming and mirroring receiver that can help users to stay connected with any external device. The mirroring feature works for all devices on a real-time basis. Reflector is capable enough to organize and present multiple devices of different specifications with ease. 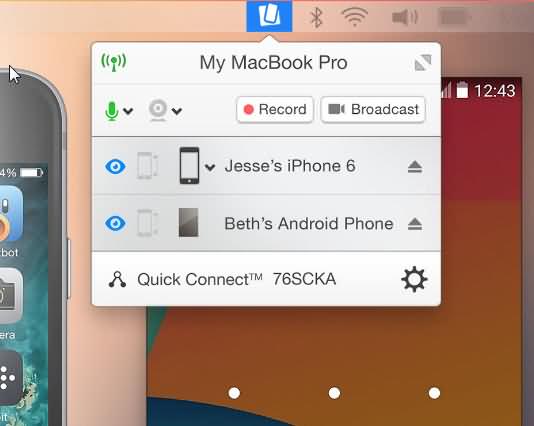 X-Mirage is rated as one of the most professional software tools for Windows PCs and Mac devices. Users can stream content wirelessly using this software and it further allows easy mirroring with iPod, iPad, and iPhone, etc. 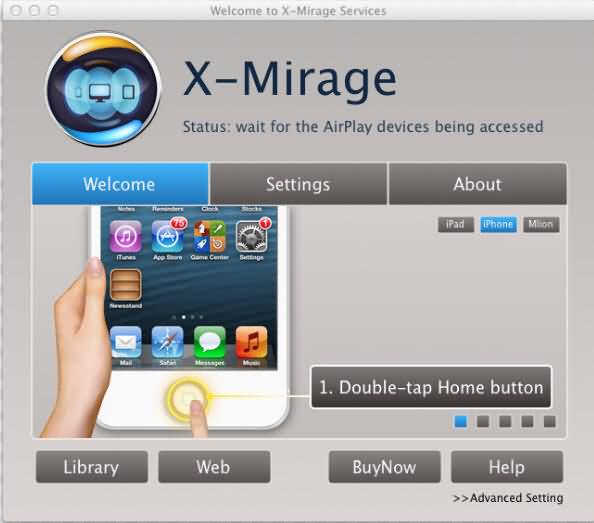 Update in 2021: How to Record iPhone's Screen with Built-in Screen Recording Tool:

If your iPhone or iPad is running iOS13, below are the quick steps about how to record screen on iPhone iOS 13 with the built-in screen recorder:

Though your iPhone and iPad have the screen recording feature, it is not enabled by default, which means you need to set it up first. 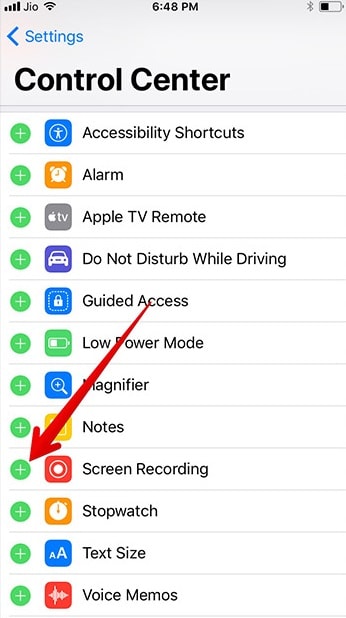 One of the best things about the built-in Screen Recording tool is that it allows you to record the in-app sound and music while you are recording videos. But, if you need to record your own voiceover during recording, just long-pressing or 3D Touch-ing on the control tile to enable the recording control window, then tap the mic icon to turn it on or off.

To start the recording, just tap the screen recording tile on the Control Center and the screen will be recorded after a three-second countdown. 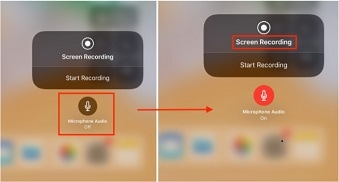 To stop the screen recording on your iPhone, just tap the Screen Recording icon again in the Control center, or tap the red recording indicator in the status bar and tap Stop. The recorded screen video will be saved to Camera Roll and Video albums in the Photos app.

Check this article if you need more detailed steps about how to record iPhone/iPad screen on iOS.

Download a free trial version of Wondershare Filmora to edit your videos below.

1. What is the best screen recorder for IOS?

Here are several apps working perfectly on iOS 13 and later versions, such as Airshou, Wondershare IOS Screen Recorder, Vidyo, and so on.

If you download the iOS screen recorders from safe websites, they are 100% secure. However, if you get the software from an unsafe site, no one can assure the screen recorders are reliable.

It is effortless. First, open the settings of your iPhone. Swipe down and hit the “Camera” button. Then, tap “Record Video,” and you can choose 4K at 24fps, 30fps, or 60fps.