Download on the App Store
Get it on Google Play
Download
Download
Call us: +1-60-4343-8521
Mon-Fri 6:00 PM to 11:00 AM Pacific Time
International phone rates may be charged by your service provider
Filmora Video Editor
Smoothly and conveniently capture all kinds of game videos without missing frame.
Try It Free Try It Free

Banned From Omegle? How to Get Unbanned?

On a platform like Omegle, it is common to be banned because of their strict rules and policies. Their aim to make their platform clean from all kinds of threats and scams, that's the reason behind so many bans. There could be so many reasons which can cause you to be banned from Omegle but you will never know you got banned. To avoid being banned from Omegle, it is important to keep your activities according to their policies. Being banned on Omegle is a usual thing, if you haven't got banned yet, take some time you will get banned eventually, without knowing the reason behind that ban. The best way to avoid being banned is to know the reason for which Omegle bans its users. In this article, we are going to take you through the reasons that can cause your account to be banned from Omegle and what are ways of getting the ban removed from your account. 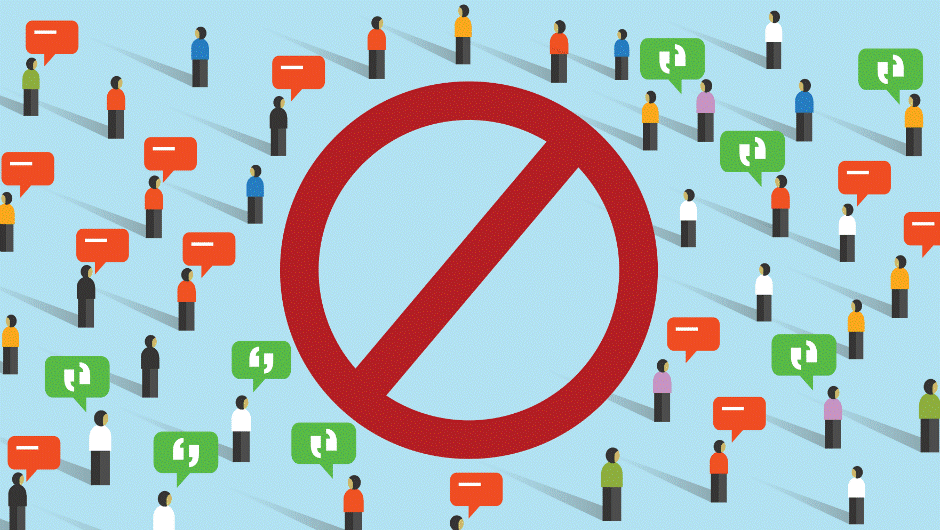 Common Reasons behind the Ban

There are several different reasons behind being banned from Omegle, but we will inform you about the most common ones that cause most of the bans in this article.

If you are the one who drops from the calls or chats after being connected with any stranger, then are chances that you will get banned very soon. Omegle is designed in such a way to notice the drops that occur, if these drops are too many the system will automatically ban your account. That's why it is important to a stable connection while you are trying to connect someone and avoid dropping the calls and chats when you are connected with someone. The system of Omegle will perceive you as a scammer or troll.

One of the strange this that can happen to you on Omegle is being banned because of someone's false accusations about you. If any other user reports you they will ban you straight away, without investigating the matter to find the truth behind the accusation. If someone doesn't like you, your voice, your background, your slow internet connection, they can simply get you banned simply by reporting you. This system of reporting was designed to secure the safety of the users and help them avoid any kind of harassment and bully, but many users are using it in a negative and destructive way. To avoid such kind of ban, try to be as modest and as humble as you can with everyone you talk and get connected with.

There are so many conditions of Omegle to follow, and sometimes it feels like an impossible thing to follow all those terms and conditions. They can ban you from Omegle if you are playing copyright music while a video call, if there is a movie or TV show being played in the background, you will be banned from Omegle. Another thing is to avoid being abusive with other users and behaviors.

How to get Unbanned from Omegle?

The best and the most effective way to get unbanned from Omegle as many times as you want is to use a VPN. VPN helps you access Omegle from a totally different location, making you a different individual to use Omegle. It masks your IP address and provides you with a virtual and temporary IP address to get access to Omegle. But there is a small disadvantage of using VPN, which is slow speed. If you plan to have video chats, this slow connection may hinder this process and get you to ban again for several drops. But you can simply refresh the VPN and access Omegle from a different location and get unbanned again.

If you don't want to use any trick to Omegle and wait for a few days, you should. Because some bans only last for few days. Another thing that can happen after few days is the change of your IP by your ISP because it often gets refreshed after every few days, providing you with a new IP address and a way to access Omegle again without any external IP support.

It is no different than a VPN. It allows you to access the websites from an intermediary IP address making it your temporary IP address. This method can get you unbanned from Omegle as many times as you want. The main difference between a Proxy and VPN is data encryption. The proxy doesn't encrypt your data. Everything else is similar in both of the methods.

Since the ban is not applied to the user, the IP address can simply be bypassed by changing the network you are using to access Omegle. Every network provides you with a different and Unique IP address. This could be anything, a mobile network, friend's wifi, or public wifi. Changing the network can enable you to access Omegle immediately. Once your device is connected to a new network, your device is assigned to a new IP address making the Omegle access right away.

The System that Omegle uses to ban its users is very strict and automatically bans users without getting into the matter and investigating it. So using Omegle and not getting banned doesn't seem to be a possible thing. But one can avoid being ban as long as possible by avoiding all the reasons described in this article. But if you are ban, it can easily be accessed by using any of the above methods.