A country song is a style or genre of American popular music that originated with blues in remote areas of the South and West in the early 20th century. In essence, country music is an American musical style that incorporates elements of bluegrass, blues, folks, and rural dance music. For TikTok lovers, there are many popular country songs on TikTok that you can add to your playlist.

Part 1: 20 Popular TikTok Country Songs You Should Listen to

This section will provide you with 20 viral country songs on TikTok that you should listen to: 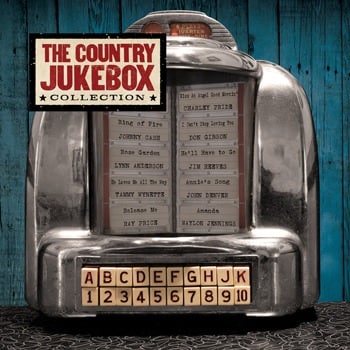 "Villain"- Lily-Rose is a perfect introduction to rose budding talent, and the new country song on TikTok and the soulful tune is everybody perfect track that feels like a bad guy after a breakup.

4. “Jealous of The Sky”- Ashley Cooke

Jealous of the Sky by Ashley Cooke is one of Ashley Cooke's country songs that captured many people's hearts, written as a remembrance for a best friend who died due to battling cancer. This touching tune is a song that gives Ashley Cooke a hedge for songwriting and vocals.

"Better Than You're Used To" by Tyler Rich was released on Valentine's Day as the writer with no actual plans to release it quickly changed his mind because his fans quickly accepted the demo he published.

6. “Just About Over You”- Priscilla Block

“Just About Over You” by Priscilla Block has to stand out from many songs that have gone viral by Priscilla block. She is undoubtedly one of the favorite songstresses for many in country music.

7. “She Broke My Heart”- Noah Schnacky

“She Broke My Heart” from Noah Schnacky is an absolute smash and viral for Noah who has gained a lot of success with his TikTok page.

Fancy Like by Walker Hayes is relatable, catchy, and fun. The song partnered with a more fun dance challenge; acrostic talk, which broke into a streaming platform like Spotify and landed on country radio.

'Beer Beer Truck Truck' by George Birge started as a stitch to another video made by TikToker chambers and went viral on TikTok. Although sections made a good point, he still wanted to show what it is like for an authentic country songwriter to make incredible music even with the ridiculous lyrics, which later became a hit.

Wet Dream by Austin Burke is a reply to the rock here made by the pandemic and wanted people to enjoy and have fun while listening to a song. He started by dropping a sniper or demo of his music on TikTok, well appreciated by his fans, and then you decided to drop the full version of the song.

11. Somebody Does by Tigirlily

Somebody Does by ‘Tigirlily’ is an inspiring and empowering song that resonates with many listeners.

F-150 by Robyn Ottolini is a song known as heartbreak healer on TikTok, which led her to the top of the charts and more successes and opportunities.

Walker Hayes has released many songs, of which U Gurl is one of them, and was also one of the most trending country music on TikTok, which premiered on YouTube on Friday the 15th of October 2021.

14. Alors on Danse” by Stromae

"Beggin" by Maneskin is one of the popular choices and a source of karaoke challenge. It is fun, acoustic, and many people sing along to the music.

"How You Like That" by Blackpink was released in July 2020 and well-received on TikTok. It has over 777 million views on YouTube, and the switch to a more aggressive beat makes it a favorite for everybody.

“Touch It (Remix)” by Busta Rhymes exploded during the Coronavirus pandemic, and it is one of the country songs that showcase your best outfit collection.

"Leave Get Out" by Jojo & DB99 is a song when all you want is for the source of your discomfort to leave. It is a well-thought-out song used in TikTok form.

"Get You the Moon" by Kina Feat Snow. Here, Snow shares some heartwarming experiences and a little more somber than other songs on TikTok

"Unlock it (Lock It) [Jeff Prior Mix]" by Charli XCX is famous for creating its dance by Charli and was initially released in 2017.

This section of the article will teach how to make the TikTok country song dance 2021 effectively by following the steps below. Also, you can edit your video on Filmora because of its auto reframe feature, which allows you to convert horizontal videos into vertical videos easily automatically:

Step 1: Open your TikTok app and Press the + button at the bottom center of the screen.

Step 2: Click on "Add sound" at the top-center of the screen and search for the sound you wish to use via the search bar. Then click on the sound and select the red checkmark to add it to your video.

Step 3: Set up your phone to prepare to record and press the timer button on the right part of the screen by selecting 3- or 10-second countdown and clicking on the "Start countdown" button.

Step 4: Click on the Record option to record your dance and include any filters, effects, stickers, or text, and click on the Next button.

Step 5: Write your preferred caption and fill out any other details, then Post.

Thus, guys, in this article, we listed the top country songs on TikTok and mentioned ways to create a dance video on TikTok. The report also noted Filmora to edit your video from horizontal to vertical and post it on other social media platforms. By now, I am sure you must be listening to one of the favorite TikTok Country Songs and dancing with fun.