Download on the App Store
Get it on Google Play
Download
Download
Call us: +1-60-4343-8521
Mon-Fri 6:00 PM to 11:00 AM Pacific Time
International phone rates may be charged by your service provider
Filmora Video Editor
Best Video Editor for Drone Videos
Try It Free Try It Free

The Parrot Mambo is a lightweight mini drone that aimed at the users who want to learn how to fly a drone and the basic mechanics. It did a great job on making itself user friendly and pratical. 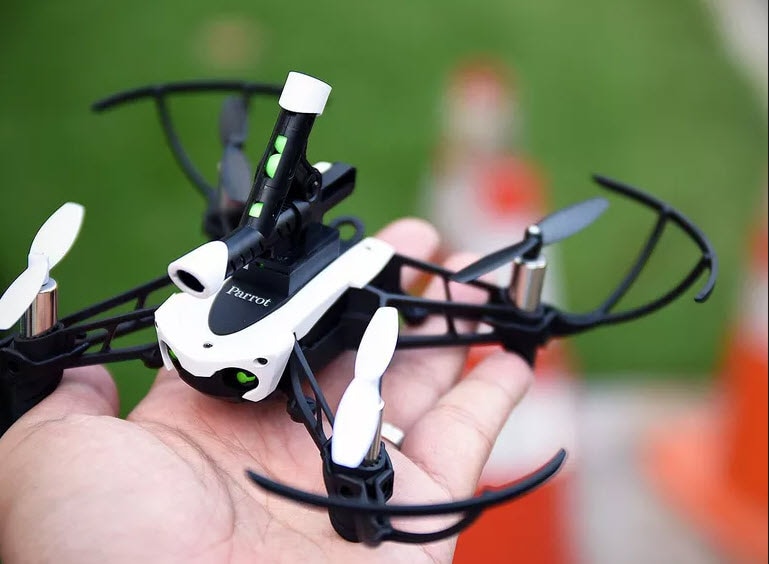 The Parrot Mambo comes with a 14+ rating and it is cataloged as a hobby drone. It is ready to fly right out-of-the-box and the control system takes place through the free flight mini application. This app can be downloaded for iOS as well as android and it comes with a variety of different features that make the drone easy to ppilot in almost any situation. The mambo has a 0.3 megapixel vertical camera as well as some tricks that are programmed directly into the application giving you greater levels of precision and control during flight.

Pros and Cons of Parrot Mambo

You may also like: Drones with Longest Flight Time >> 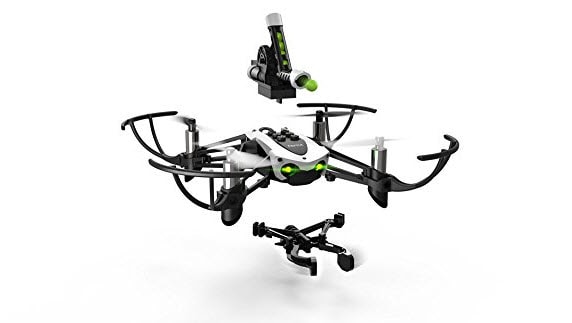 The main features for this drone includes its detachable grabbing claw, its ability to shoot little BB pellets from a canon attachment, its on board 0.3 megapixel camera, the included flying application controls as well as the resilient construction. The drone comes with a flight control stabilization as well as ultrasound to prevent accidents as well as maintain the flight path during operation. The take off and landing controls also help to safeguard this drone from accidents. If you are looking for a hobby drone that's extremely easy to fly and easy to pick up right out-of-the-box, this could be just the type of drone you may be looking for.

The overall design of this drone is definitely to suit the hobby market. While it does include a lithium polymer battery, a strong frame and a great build quality, the design of this drone may not be quite as resilient as some of the other models on the market in a full-sized format.

Some of the coolest features of design in this model are the fun features such as the grappling claw and the BB gun attachment. These items may not be for every drone user however. If you are looking for a fun hobby drone, this is a fun and intuitive choice.

The battery life on this drone is definitely better than some of the others in the same size range as the drone. A mini drone doesn't allow much extra room for battery space and this drone can fly between seven and 9 min. on its flight. The drug manufacturers suggested it can also be recharged in just 25 min. but in most cases the drone will take an hour to fully charge for the longest flight paths.

The drone performs particularly well in its flight tests. The takeoff and landing commands are actually superb and with the strong construction and easy charge time, the performance is quite good for the size of the drone. While a larger full-size drone could deliver an improved performance experience, parrot has done a good job creating controls which are simple for amateur drone pilots to learn and master.

The control range on this drone is significantly lower than some competitors. With an operating distance of under 200 feet, you have to remain fairly close to this drone while it is in operation. Parrot does not have any type of signal extender for this model either.

With a 0.3 megapixel camera on board, this isn't a drone that you're going to use for capturing professional quality images. It can capture video at 60 frames per second but the image quality can sometimes be grainy and distorted due to the quality of the camera included which had to be miniaturized for flight.

Thank you for your comment. We will review it within few days.
You May Also Like
Review for Parrot AR Drone 2.0 Elite Edition

If you are interested in getting one of the best hobby drones on the market, Parrot AR drone 2.0 is a fun gadget to pick up to learn how to fly a drone.

Bebop 2 is a well-suited for use both indoors and outdoors and allows many people to start up their drone hobby without having to invest thousands of dollars.

Undoubtedly, DJI Inspire 1 was made for professionals but is as easy to fly and control as consumer drones like DJI Phantom 4 or Phantom 3.