In many different genres and settings, sandbox games cover a wide range of mechanics and settings, making it challenging to determine which are the best sandbox games. A common trait of all sandboxes is freedom. Sandbox games allow the player most of the agency to create worlds or to build up gangs of criminals across cities. These universes are meant to be explored at a pace not dictated by the developers.

It is always going to be tough to come up with the perfect list for the best sandbox games. Thousands of current popular games fall into this genre, if not more. In this article, we will share a list of some of the best sandbox games that you can find today. Keep reading the article to the end, so you don't miss out. 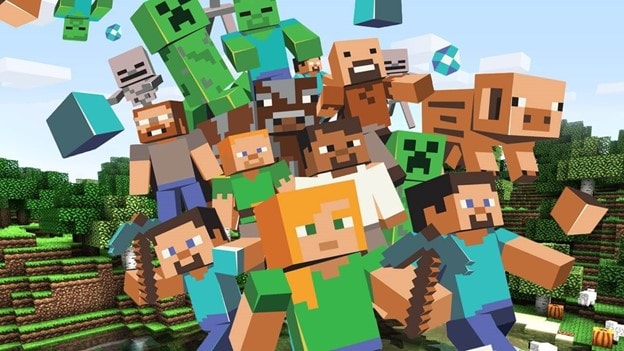 Modern sandbox games are synonymous with Minecraft. Indeed, they are. Because it's more of a tool than a game, it's one of the purest sandbox games. Imagine a figurative sandbox ready to be turned into gigantic fortifications, complicated circuits, and gargantuan spaceships. You could create a Minecraft map or cool Minecraft house that is one of the best ever.

You can see this in some of the best Minecraft skins, which capture the essence of playing and fashion. The tactile experience takes you back to your childhood when you built Lego creations in your bedroom. Mods in Minecraft have few limitations, and any restrictions that do exist are usually broken up - it's more about providing the tools so players can create their own experience than telling them what to do.

In late 2021, the game will also receive one of the largest updates to date with the Caves and Cliffs update, which will completely revamp the terrain and cave system. The game is not going anywhere. Jeez. The game isn't even slowing down.

• An aesthetic that's blocky and retro is appealing.

• There is a lot of depth in the crafting system.

• An excellent combination of building and adventuring.

• Gamers of any age can enjoy this brilliant creative outlet.

• Soundtrack is excellent in game.

• It is possible to imagine near-infinite possibilities.

• Cooperative gaming is one of the best experiences in gaming. 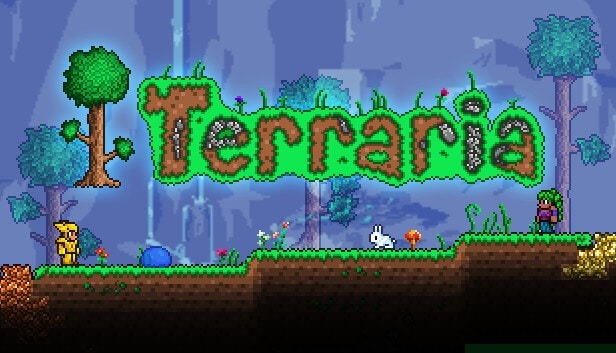 Terraria is an iconic game, much like Minecraft. It is an excellent bargain in the gaming world that never disappoints. You could get over a thousand hours of content for just a few dollars, painstakingly added by a dedicated development team for over a decade. For free.

There is no better sandbox than Terraria. The game will keep you entertained for years to come with thousands of items, monsters, and bosses, along with a popular modding scene. The console version of Journey's End's 1.4 updates will also be arriving soon.

• A detailed crafting system allows you to make all the items and weapons you need.

• Explore this rewarding game for dozens of hours.

• It is surprising how much information there is. 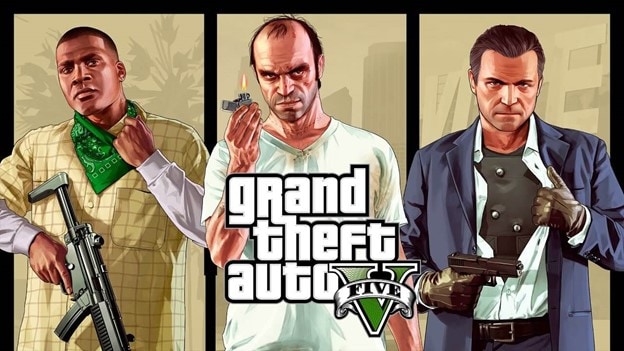 A true play pit of opportunities awaits in Rockstar's most recent open world. There are times when the sprawling city seems every street is a new place to have fun, with a different type of person to interact with, a different terrain to explore, and a new building to discover.

Using a few firearms in the simulation can cause chaos in the streets and some exceptionally dangerous police chases. The simulation offers an exaggerated view of urban and rural America. The expectation is to test the limits of the world: to see how many bodies you can pile up, how many people you can kidnap, how long you can stay on five-star wanted.

It's the perfect time to experiment with other people's creations since the GTA V mods scene is booming right now. Besides the game itself, it comes with a comprehensive toolkit for creative types: the Rockstar Editor. Machinima Movie Creator allows you to create your own movies by filming anything you want, cutting and shaping it into something artistic.

• A beautiful world with intricate details.

• The planning and execution of heists are a blast.

• A vast, diverse, and detailed universe.

• Missions of varying complexity stick in the mind. 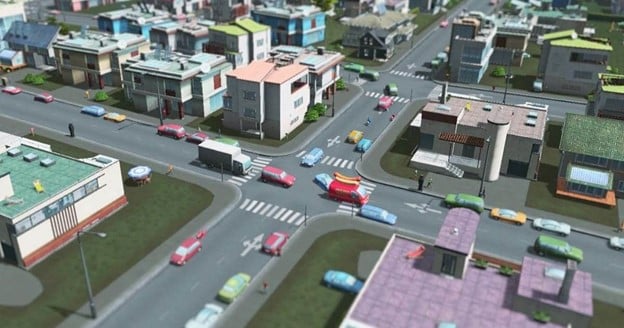 Cities: Skylines surpassed Sim City as the best city builder after its legendary fall, which we won't discuss here. City-building sandboxes don't come any better than this, especially if you buy dozens of DLC packs. There's a reason why we've included it on our list of the best city-builders of all time. What if you built a city filled with sewage water that you then dammed and flooded? Yes, that's possible. If you prefer, you can modify the game to an almost unrecognizable state.

• There is a lot of lands to build on.

• Games based on zoning that are realistic and based on a sound understanding of city building. 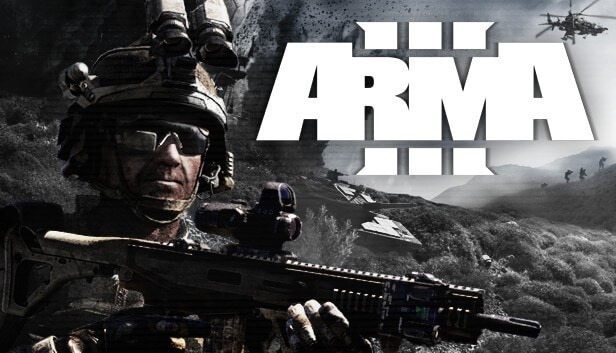 In the same way that Minecraft is an educational tool for game developers, Arma 3 is a military simulator that has already been a great deal of the heavy lifting done for us. I love the way it looks, which makes the fictional Greek islands eerily real, and I love how detailed the combat is too. In this combined arms game, you can command tanks, fly planes, or use sniper guns to skulk and take your enemies out from the shadows.

In addition to the three-part campaign and multiplayer mode, the game's real meat is the enormous editor that allows creators to create their own worlds with countless tools and assets. It has yielded some of the best PC games ever, including DayZ and PlayerUnknown's Battlegrounds because it enables you to create anything from persistent multiplayer campaigns to military operations.

• The potential for long-range engagements is great in a world that is large to explore.

• Combat that is both realistic and exciting will satisfy even the most ardent sim fans. 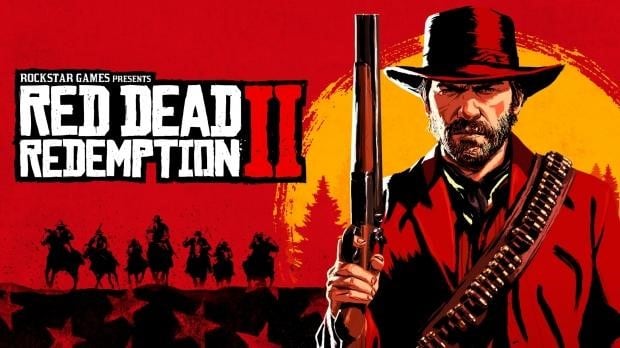 As one of Rockstar's most complex games, both Red Dead Redemption 2 and Red Dead Online are visually stunning and mechanically complex. They have gorgeous worlds. There's nothing wrong with going fishing and wasting away the hours watching the seasons change. A horse ride in the countryside, an expedition up the mountain to catch exotic creatures, a bar fight, or just a nice long bubble bath before going to bed are all options available to you.

Compared to Grand Theft Auto Online, Red Dead Online may not be as popular, but it's still a lot of fun to ride around in a posse with some friends. The Wild West is the ultimate sandbox in every sense of the word.

• Side quests and main missions that are thrilling.

• Lots of side distractions, which are both ludicrous and lovely. 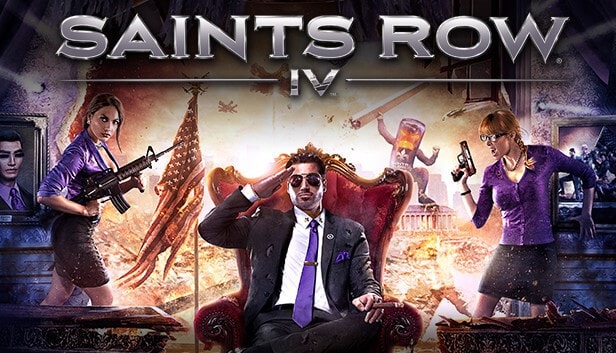 The fact that Saints Row 4 has a sex appeal slider that changes the size of your junk or rack based on your gender choice sets the tone for the game's ridiculous nature. Despite not being the best open-world game around, this one will make you laugh out loud with its vibrant purple brand of inanity when you race around with your newfound powers to free your friends from aliens who threaten your presidency. Your powers will allow you to speed ahead of cars, play dubstep in 50's America, or shoot zombies. Open-world madness is Saints Row 4's specialty, but boy, does it work?

• There are great superpowers.

• Humor that is out of control.

• A great story and a great character editor.

• This is an extremely good soundtrack. 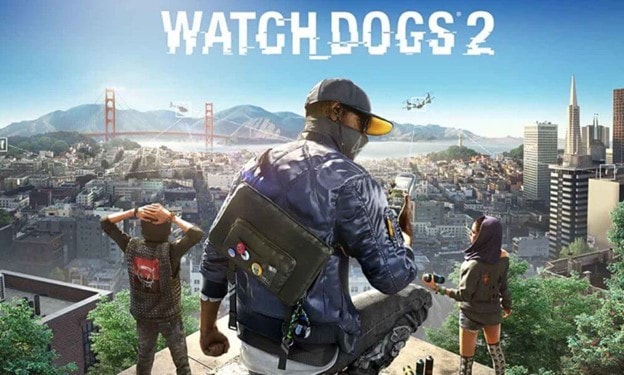 With Watch Dogs 2, you have full control over high-tech gadgets, and you have the power to make them work for you. The more followers you gain, the more power you and your friends have in your secret hacking organization, DedSec. Perform missions to grow your followers - or make a bit of mischief wandering around San Francisco, hacking into people's phones, causing electrical chaos, and generally causing havoc. If you run from the police, you might need to outrun them. If you go anywhere, you can do almost anything you like.

• Mission design that is strong and entertaining.

• It looks like a great place to explore the San Francisco Bay Area.

• Almost anything can be hacked.

• Gameplay is fun in general. 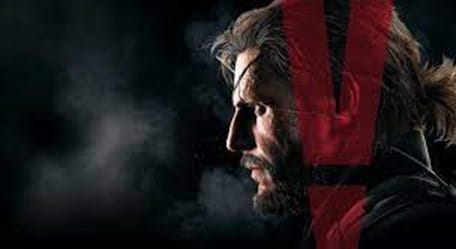 It's not for everyone to go in guns blazing, so if you're looking for a stealth action open-world title, Metal Gear Solid 5: Phantom Pain is perfect for you. The degree to which all the different systems work together is impressive, as it encourages non-lethal playing forms as opposed to killing randomly. You can roam and deal with enemy soldiers in whatever way you see fit. However, if you repeat the same approach too many times, the enemy will adapt. As well as D-horse and D-Dog, a wolf raised to assist you in the field, and a dynamic weather system that periodically makes it difficult to see and hear you, you have D-horse and D-Dog on your side.

• From start to finish, the story is complex and unusual.

• Their presentation of the characters and their world is captivating. 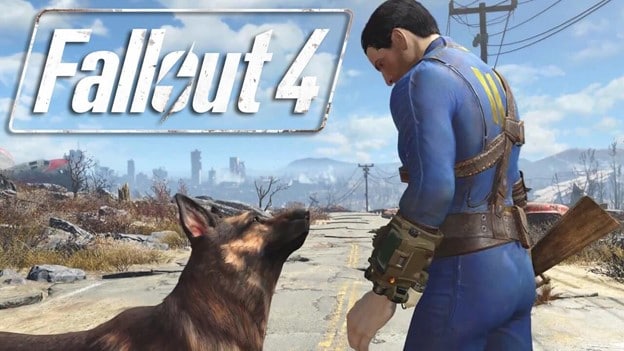 It's time to get your baby back as someone snatched him from you. This isn't a big deal in the grand scheme of things. There is just too much potential in Fallout 4 to ignore. There are tons of quests to complete in its wonderfully colorful world of Boston, MA: follow the freedom trail, do mystery-solving with Nick Valentine, turn loose synths with the Railroad, explore a haunted house, or loot everything around you to build up a mountain of caps. With this open-world post-apocalyptic game, you can play however the hell you want or influence your followers however you see fit. But don't burn the earth to the ground. Not yet.

• There is a huge variety.

• Bethesda has perfected its own template.

• The development of characters is highly flexible.

• Unless you're looking to kill a lot of time playing just one game, there is a lot of content to grind through.

So, this was our list of the best sandbox games. You may feel that many great titles are missing in the list but only had a slot to place ten games. Still, we tried our best to include those games that are most popular among the users and that are worth playing today. Play these titles and enjoy the beauty of this genre.