Up until recently, a desktop PC was a much better choice for gamers than a laptop. The size of the monitor, the graphics cards, CPU, and RAM, all played a vital role in the desktop VS laptop gaming debate. In the past couple of years, powerful gaming notepads emerged on the market and made the laptop gaming much more enjoyable for gamers around the world.

Some of the most known laptop manufacturers started producing much more powerful options than the mainstream notebooks, which have state of the art, processors and 4K monitor.

When buying a gaming laptop, there are several factors that need to be taken into consideration before selecting the one that will accompany you on your gaming adventures. Even though the laptop's specifications are quite important, a good keyboard or a touchscreen may extend your gaming experience even further. Let's have a look at some the best 4K gaming laptops on the market today. 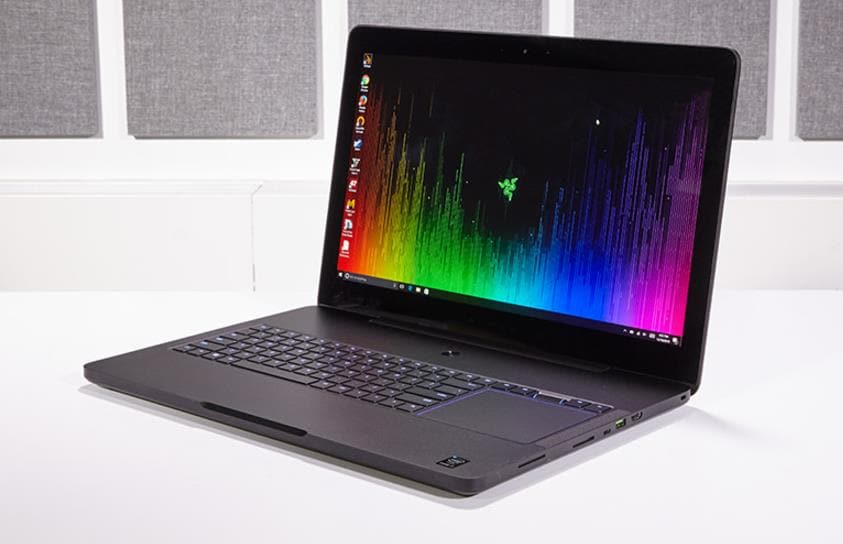 There is no doubt that the Razer Blade Pro is a gaming beast because it features INTEL's quad-core i7 processor that can easily run even the most demanding 4K video games. With 32GB of RAM memory, the Nvidia GTX 1080 graphics card and a17-inch 4K monitor gamers will never have to worry about anything else but the gameplay. This high-end gaming laptop also features one of the kind, mechanical laptop keyboard that enables gamers to hit several commands at the same time without much effort.

As great as it may sound, the Razer Blade Pro gaming laptop isn't everyone's cup of tea, since its current market value is $5,129. However, those who can afford this laptop will certainly get their money's worth. 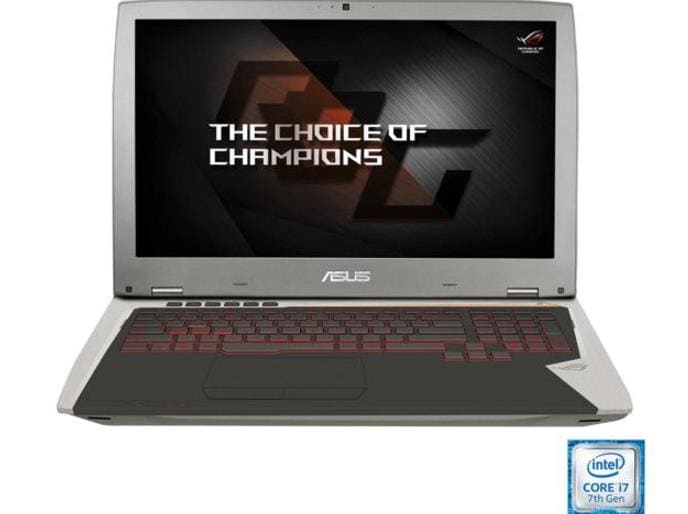 Asus is perhaps one of the best-known laptop manufacturers in the world and their models have been at the industry's forefront for quite some time. Their Asus Rog G701VI- XS78K is a powerful machine that can support even the most demanding gaming needs. The Asus' 17.3-inch model features the Nvidia GeForce GTX 1080 8GB graphics card, accompanied by a 64GB 2,400Hz DDR4 RAM memory. The processor is a quad-core 2.7GHz Intel Core i7-6820HK that can operate at 3.2GHz in the Extreme mode. Furthermore, the laptop's state of the art G-Sync IPS 1920X1080 screen has a 120Hz refresh rate and delivers the pixel perfect images that will win the hearts of any hard-core gaming fan. Despite the amazing specifications, some experts argue that the Asus Rog G701V1-XS78K could offer more for its current market value. 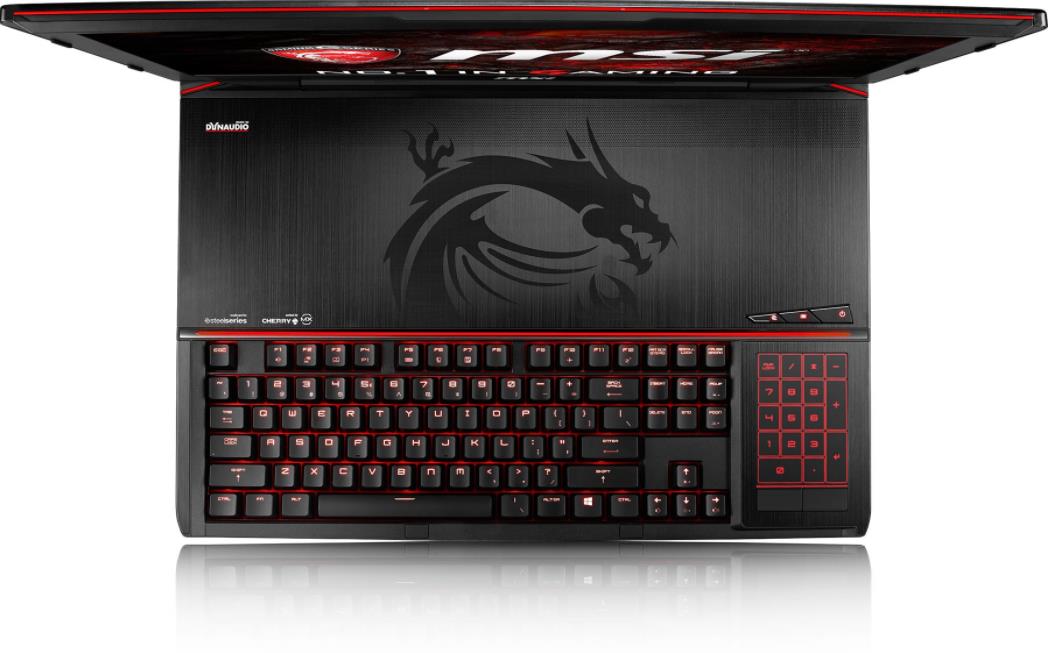 MSI GT83VR Titan is yet another gaming powerhouse on this list that brings nothing but the best performance to its users. The 18.4-inch 1920X1080 Worldview IPS display provides stunning images despite the fact that it doesn't offer a true 4K resolution. Two Nvidia GeForce GTX graphics cards each have an 8GB of GDDR5X VRAM and they are supported by the 3.1 GHz Intel Core i7-7920HQ quad-core processor and a decent 64 GB of DDR4 RAM.

MSI's Titan series model also has a capability to handle VR applications which can be useful to gamers who want to play VR-based games. Although some gamers might find this laptop a bit pricey and a bit bulky, there is no doubt that the GT83VR is one of the best gaming notebooks of 2017. 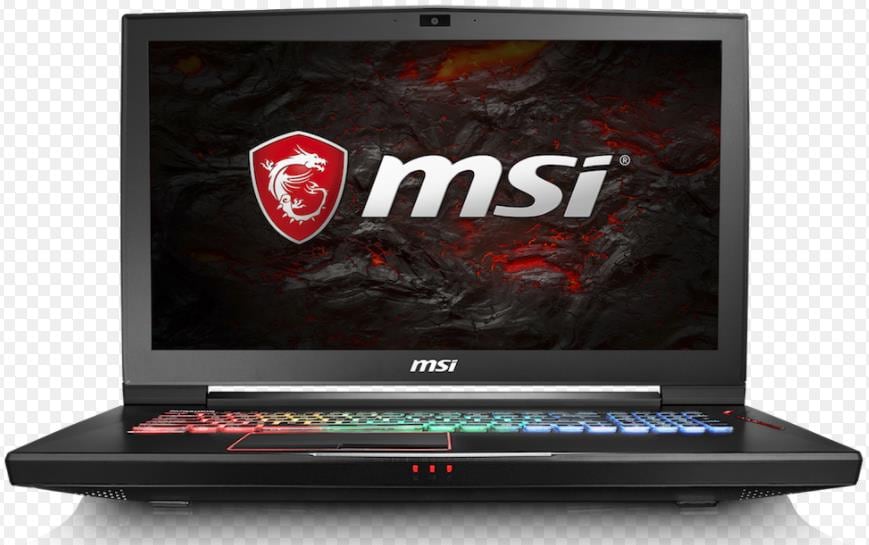 The differences between the GT83VR and GT73VR Titan series models are minor, but some of them might be crucial to dedicated gamers who need only the best features available. The first and perhaps the largest difference is the GT73VR's 17.3-inch 3840X2160 monitor that is slightly smaller but it is capable of displaying a 4K image resolution. The GT73VR has a single Nvidia GeForce GTX 1070 graphics card with 8GB of GDDR5 VRAM and a 2.9GHz Quad-Core Intel Core i7-7820 HK processor. 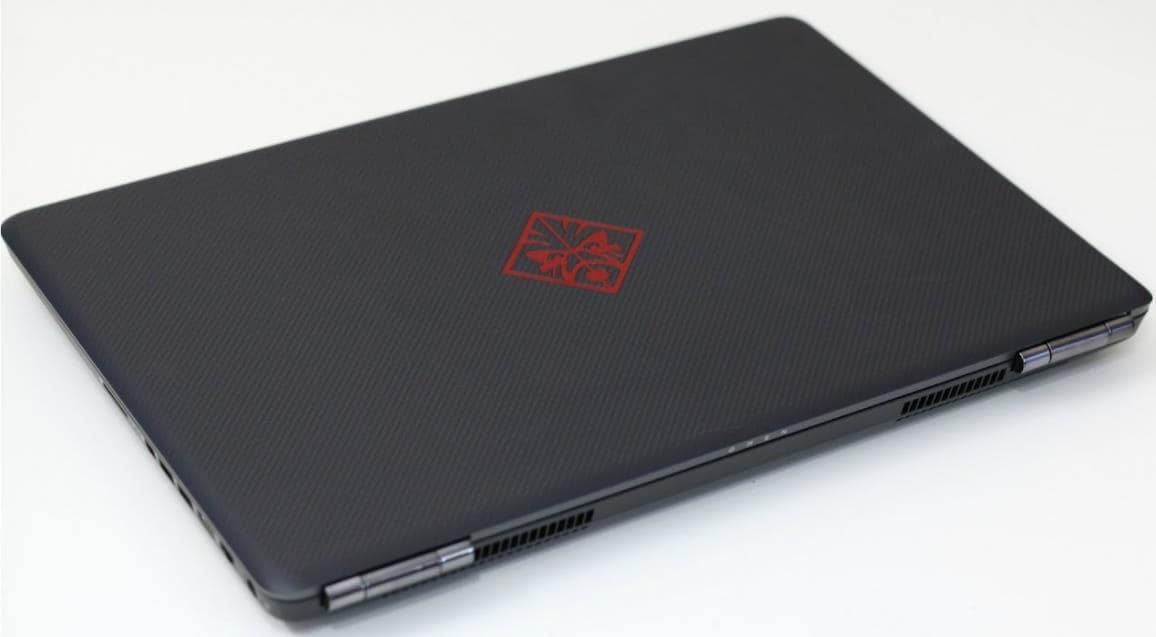 It seems as if HP decided to put together a gamer's wish list in the form of their Omen 17 model. The 17.3-inch G-Sync 4K screen delivers accurate colors and amazingly sharp images that will impress even the biggest skeptics. The 2.6GHz Quad-Core Intel Core i7 6700HQ processor and the VR-enabled Nvidia GeForce 1070 graphics card make the HP Omen 17 a gamer's dream. With 16GB of DDR4 RAM and a 1TB of HDD storage space, the HP's Omen series model is perfectly capable of processing large files and demanding visuals of 4K video games.

The laptop's size may be a concern to gamers who like to be on the move, but the HP Omen 17 doesn't seem to have any serious drawbacks, which makes it an excellent choice for gamers and high-end professionals alike. 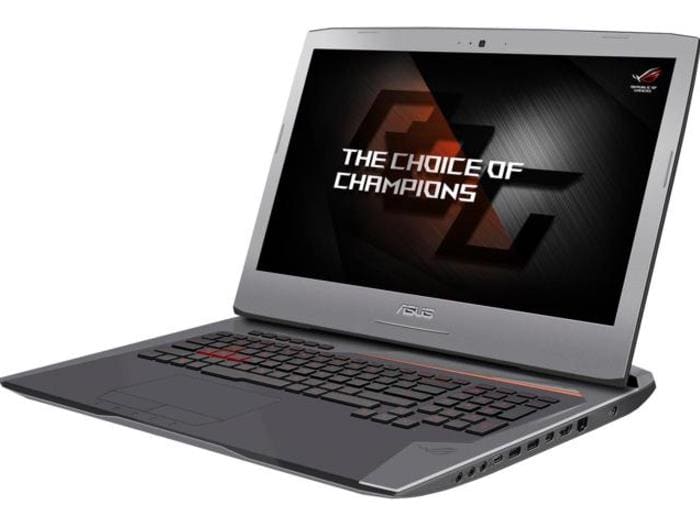 One quick look at the specifications of the Asus' Rog series model makes it clear that this notebook can be easily compared with the best gaming desktops PCs. The G752VS-XB72K is equipped with the Nvidia GTX 1070 graphics card with 8GB of GDDR that makes this gaming notepad a perfect choice for gamers who need high-end performances from their portable gaming stations. The 17.3-inch 1920x1080 screen slightly limits the laptop's visual performance, but its 6th generation Skylake Intel Core i7-6700HQ processor offers a fair compensation.

With a 32GB DDR4 RAM memory that runs at 2400MHZ the Asus' Rog series notepad is among the most capable and versatile laptops on the market in 2017. 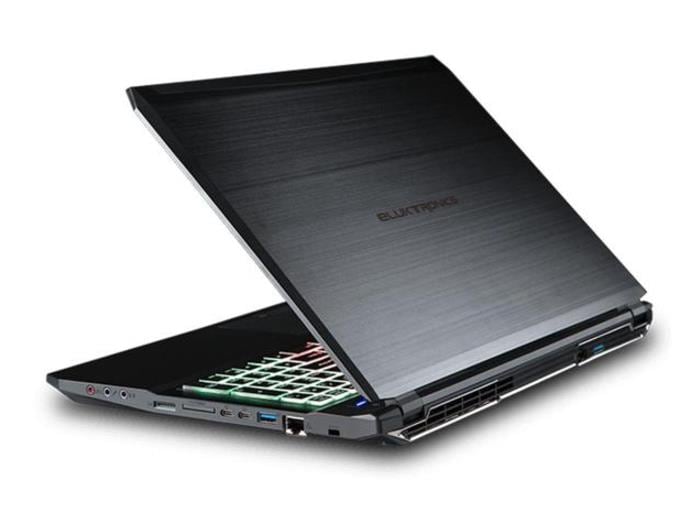 The P650HP6 is powerful and VR-ready gaming station that features impressive components. The Eluktronics' notepad runs on 64-bit Windows 10 operating system, while its Full HD 120Hz 1920X1080 screen delivers vibrant and sharp images. This laptop is empowered with Nvidia's Pascal architecture and it features a 6GB GDDR5 VRAM Nvidia GeForce GTX 1060 graphics card. The P650HP6 has an Intel i7-7700HQ Quad-Core processor and only 8GB of DDR4 RAM memory. However, the additional 4 RAM memory slots allow for the maximum RAM memory of 64GB.

The P650HP6 also features an attractive and a highly responsive backlit keyboard that is perfectly designed for gamers who need to respond quickly to the gameplay. Eluktronics' laptop is portable and very light which enables its users to carry it wherever they go. 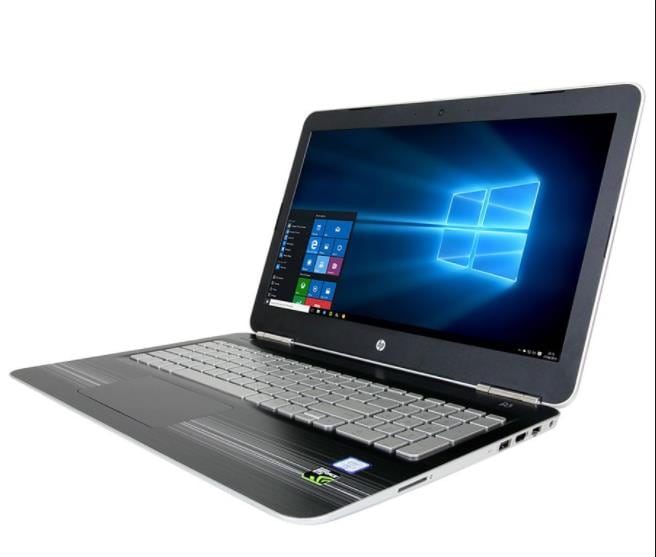 The HP's laptop is characterized by a strong graphics performance that enables it to run smoothly during the gaming sessions. The chalky gray notebook features a 2.6 GHz Quad-Core Intel Core i7-6700HQ processor that is accompanied by Nvidia GeForce GTX 950M and Intel HD Graphics 530 graphics cards. Even though these specifications seem impressive, the HP Pavilion 15 has just 8GB of RAM memory that can be extended to 16GB, which will often cause issues while playing more demanding video games.

The CoolSense technology utilizes the built-in accelerometer to detect the surface on which the laptop is placed in order to adjust the fan speed, and thus reduce the heat generated by the notepad. Despite the overall great performance, the HP Pavilion 15 has a dim 15.6-inch screen that reduces its value. 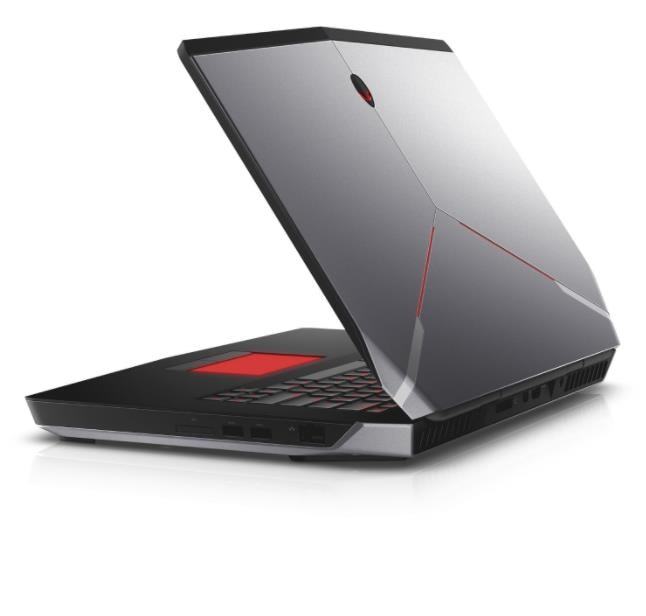 A touchscreen may have its advantages, but true gamers will have very little benefit from the touchscreen option, simply because most games today require a keypad. However, the 15.6-inch 3840X2160 screen with a ten finger multitouch capability is a pure joy for the eyes. The strong visual performance of this monitor is further supported by the Nvidia GeForce GTX 970M graphics card that makes sure that even the most demanding games can run smoothly.

Alienware 15 has a 2.6GHz Intel Core i7-6700HQ processor that features a Turbo Boost technology that extends the clock speed rate up to 3.5GHz. The latest Intel processor, high-end graphics, and a high-quality screen make this notebook an excellent choice for gamers. 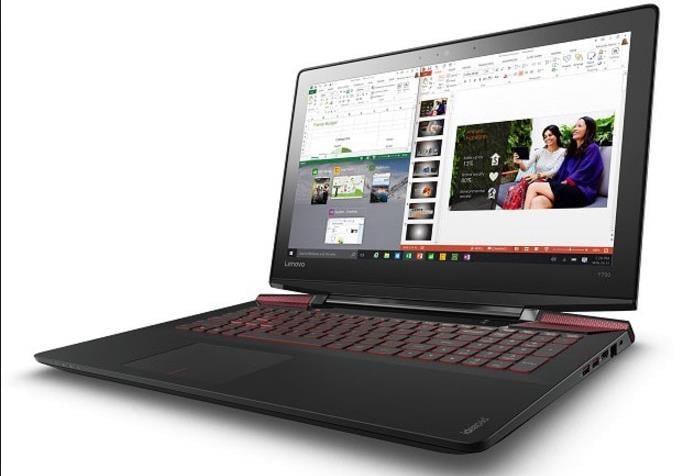 The Lenovo Y700 may not be an obvious choice for gamers who are looking for a mid-range gaming laptop, but its durable battery and good features place it among the very best gaming notebooks on the market in 2017. The 15.6-inch interactive screen provides accurate and vibrant colors that make gaming on this laptop even more enjoyable. The 2.6-GHz Intel Core i7-6700HQ processor and 16 GB of RAM memory guarantee that gamers will not experience any problems during long and demanding gaming sessions.

With the price of just $1,199, and a Nvidia GeForce GTX 960M graphics card the Lenovo Y700 is an affordable option for all gaming enthusiasts in search of a reliable gaming laptop that can enable them to play the latest video games.

Thank you for your comment. We will review it within few days.
You May Also Like
5 Best Graphics Cards for 4K Video Editing and Rendering in 2022

In this article we are going to take you through some of the best graphic cards for 4K video editing and rendering.

We will list down some of the most powerful and affordable 4K video editing laptops you can get in the market.