Download on the App Store
Get it on Google Play
Download
Download
Call us: +1-60-4343-8521
Mon-Fri 6:00 PM to 11:00 AM Pacific Time
International phone rates may be charged by your service provider
Filmora Video Editor
Add metadata to your video easily
Try It Free Try It Free

Metadata is the pieces of information that help viewers understand what a video is about without having to watch it from start to finish. Things like titles, keywords, tags, timestamps, and descriptions are some metadata that should be added to a video before it is published online.

Adding the right metadata to your video is useful for many reasons. It makes it easy for search engines to correctly identify and index your video. This in turn helps viewers find your video when they search Google, iTunes, or video sharing platforms like YouTube and Vimeo.

For more experienced videographers, metadata is useful at every stage of the process of making a video, from production to post-production and publishing. Without the right metadata, professional video production and editing would be a very uphill task.

Filmora is a powerful, easy-to-use multimedia editor released in early 2019. It’s a new and improved version of the classic Filmora video editor, with many features on par with elite video editing software like Adobe Premiere Pro. It can be purchased for roughly $60 though a trial version is available for free.

FEATURES: This software makes video editing easy with lots of extras like built-in audio tracks, sound effects, title presets, transition effects, and more. FilmoraPro lets users add metadata during the export process. Simply click the export button, which is now at the top of the media window. In the pop-up screen, click on the YouTube, Vimeo, or DVD tab, depending on how you want to publish your video, and edit the title, description, tags, category and privacy settings accordingly.

iFlicks is a media conversion and video metadata editor for macOS. In addition to being able to perform a variety of video format conversions, iFlicks supports detailed metadata editing and interacts seamlessly with iTunes. This app is available for a one-time fee or on a subscription basis.

FEATURES: The iFlicks metadata editor is superbly detailed with options for adding season and episode information for TV shows. Also available are fields for tagline, release date, genre, content rating, resolution, artwork, cast, and crew, etc. Some of these metadata will even be fetched automatically based on information available via iTunes. 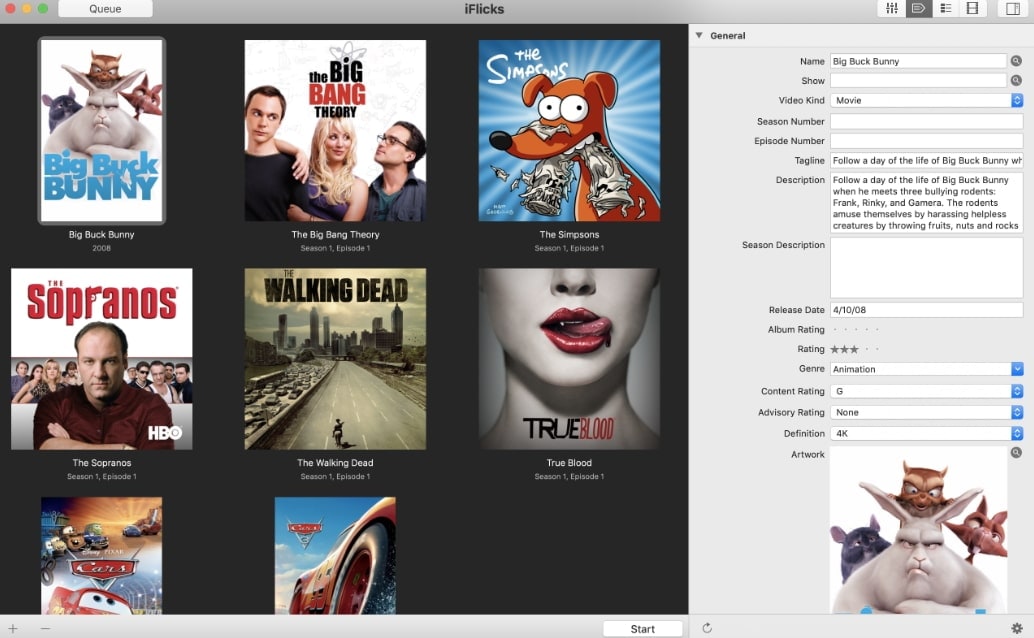 FEATURES: VLC's metadata editor can be found under MEDIA INFORMATION within the TOOLS menu in the top bar. Here, you can add information about the title, artist, album, publisher, and copyright of the video. VLC also lets users add custom metadata in a separate tab. 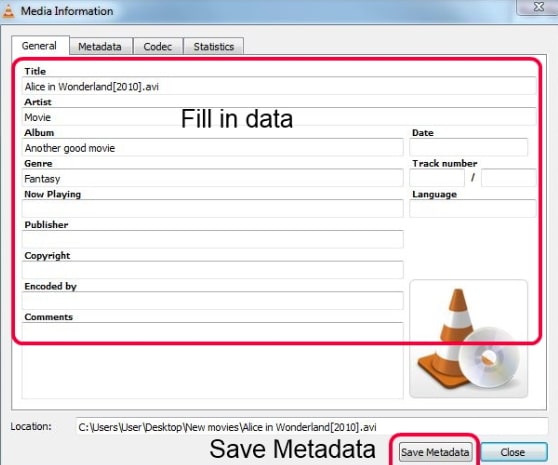 Subler is a free application for editing media metadata in macOS. It’s very barebones and efficient.

FEATURES: Subler actually loads the media file to be edited as separate audio and video files, allowing users to edit information about them individually. To edit metadata for the multimedia file, make sure neither the video nor the audio file is selected and click the metadata tab. Then, click the "+" button in the lower-left corner to see the long list of metadata you can add to the video. 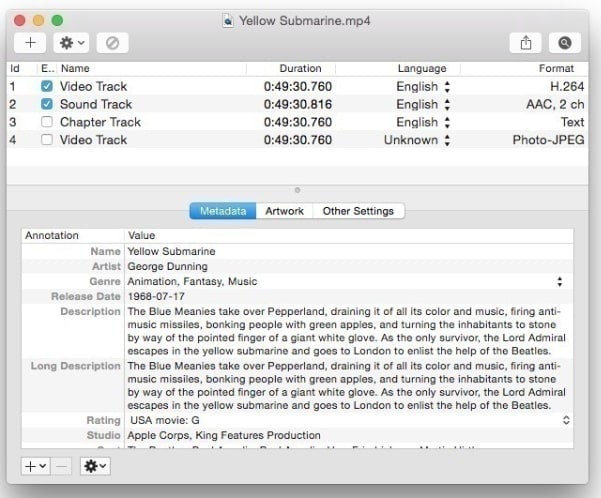 Meta is a macOS software described as an advanced music tag editor. It supports many file formats, including MP4, and is therefore ideal for editing video metadata. Available for just $20, it has many powerful features for organizing and tagging media files.

FEATURES: Meta has a nice user interface that can be customized to taste. It also has a batch editing feature for updating metadata for multiple files simultaneously as well as a tool for editing media artworks. This application is a great option for media pros who often have to juggle and keep track of many media files at once.

MetaZ is an open-source MP4 metadata editor for macOS. It’s the successor app to MetaX and has all the features you need to prepare videos to be added to iTunes.

FEATURES: Once a video file is imported into MetaZ, a number of tabs become active allowing for valuable metadata to be added. Under the video tab, you can set the video type and add information about the actors, directors, producers, and screenwriters. MetaZ also lets users search for information from any websites of their choice and will pair relevant metadata with the media files. 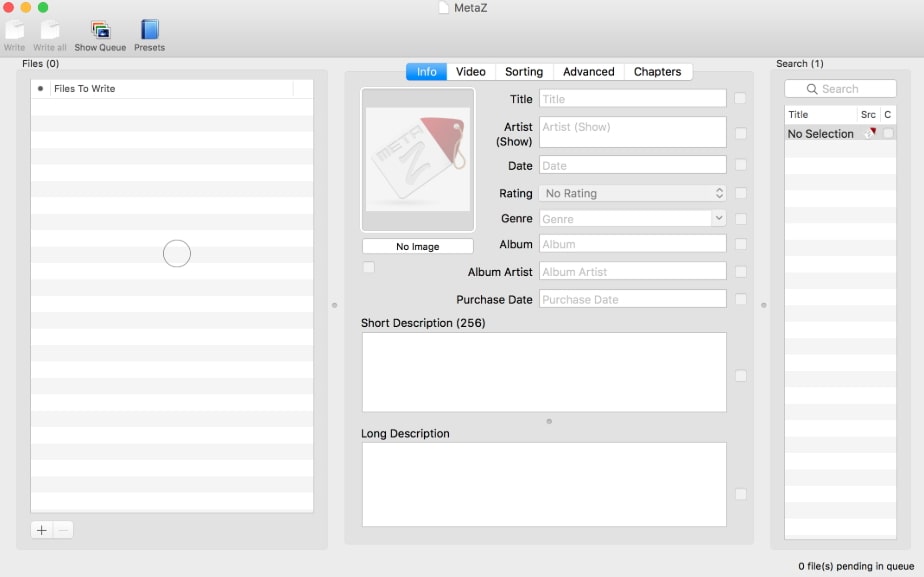 Amvidia is a suite of free audio apps developed for macOS. It includes a Tag Editor that’s great for organizing files and doing batch metadata edits.

FEATURES: Amvidia’s Tag Editor can source for relevant metadata from online sources and handle media files in multiple formats, including MP4. Useful metadata tags built into this app include user-friendly ones like lyrics, album, and year, as well as technical tags like Codec, bitrate, and tempo. 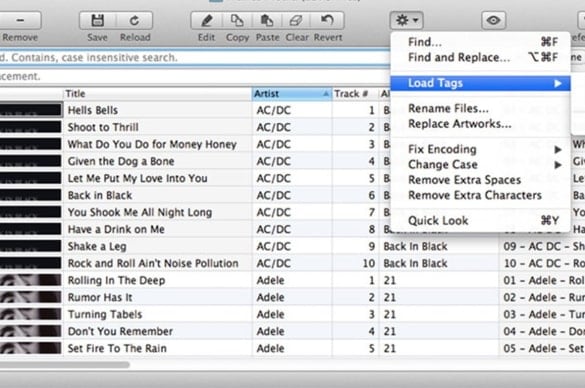 DRmare is a paid DRM removal tool for macOS. It converts M4V videos into alternative video formats like MP4 without losing video quality, allowing users to play them without restrictions.

FEATURES: In addition to converting M4V files into multiple formats, DRmare also lets users convert them for use on multiple devices. As part of the process, this app retrieves iTunes metadata and will let users edit them after the conversion has been completed. 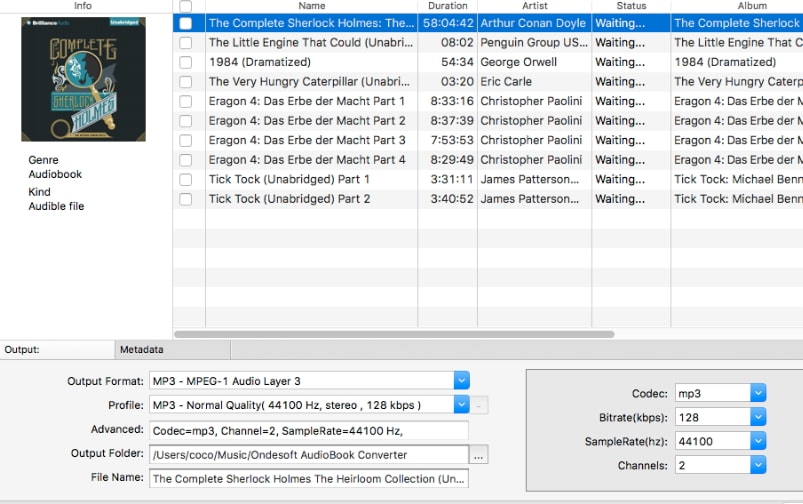 Metadata affects how we find information about videos online and how we organize our ever-growing media libraries. With these macOS video metadata editing applications, you can add detailed metadata to your videos and enable yourself to access, share, and store them painlessly.