Roguelike vs. Roguelite: Debates and History Explained With Game Examples

Game developers and designers have experimented with a variety of video game genres across the years. None, however, have been stretched as far as roguelikes and roguelites. You've probably heard these terms used to describe recent hit games such as Hades, Dead Cells, and Binding of Isaac and have wondered if there's a difference. While both of these game types share a lot of common elements and the lines between them are seemingly blurred, there is a clear distinction between roguelikes and roguelites. 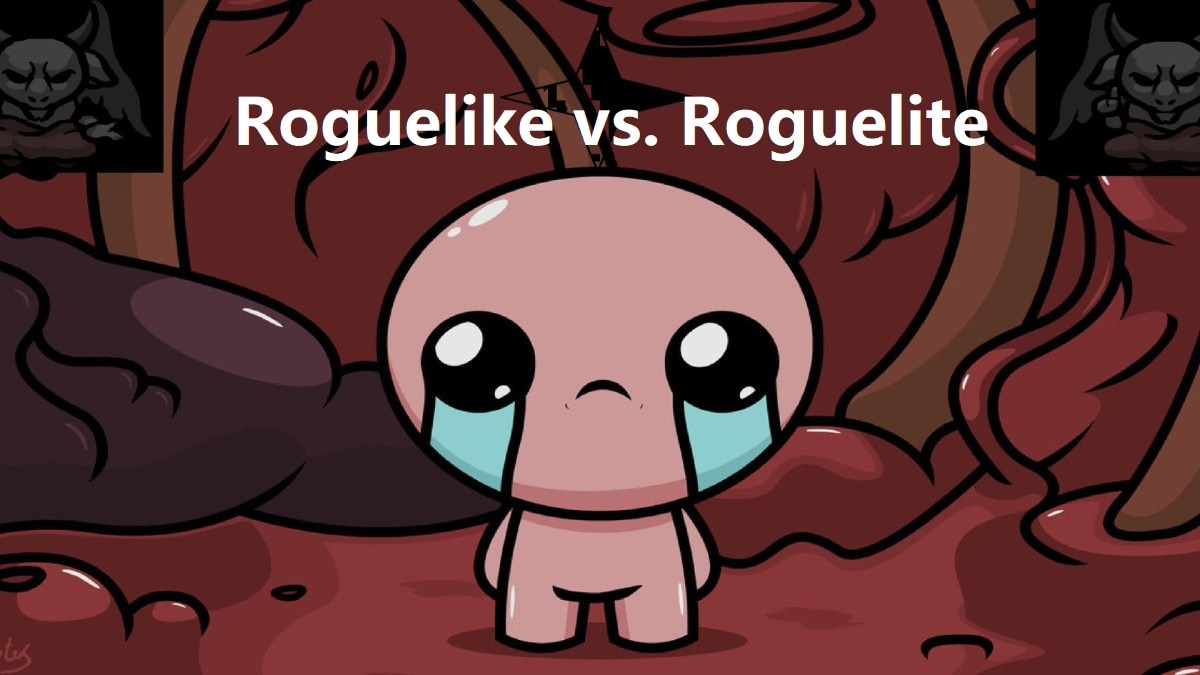 Part 1: What's the Difference Between Roguelikes and Roguelites?

Rogue: Where it all started

In order to best understand these two game genres, we must first analyze the origin of their namesakes. Way back in 1980, game designers Michael Toy and Glenn Wichman released an ASCII art dungeon crawler called Rogue. Inspired by the pen-and-paper RPG Dungeons & Dragons, this turn-based adventure game had players explore dungeons in which they fought monsters and gathered items to help them power up their characters. The game's defining mechanic was permadeath. This meant that once your character died, it was literally the end. You couldn't create a save nor revive your fallen hero in any way. Starting over meant a completely fresh game with a brand new character. What's more is that starting a new game meant the dungeons were completely different, including enemy placement, room location, and item distribution. Every decision could mean either living and carrying on or dying and starting over, making the choices players made meaningful. 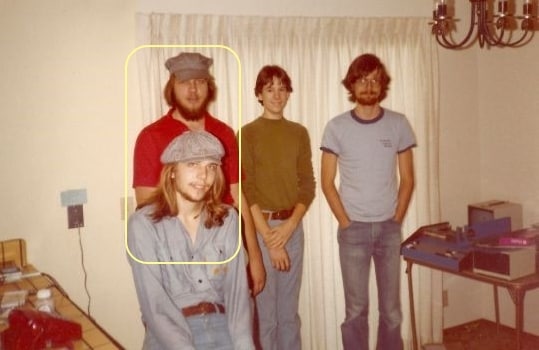 What is a Roguelike Game?

As the name implies, a roguelike - or roguelike - is a game that shares the same mechanics that defined Rogue. They have procedurally generated environments, making every playthrough feel completely fresh and different. Dying in a roguelike means all progress is lost, and you need to start over, no saves, no lives, no ifs nor buts. It's at this juncture where some debate exists as to what truly defines a roguelike. There are fans out there who'll tell you that a roguelike must not only share the mechanics but also the game's layout and combat system. According to them, since Rogue was a top-down third-person turn-based RPG that played on a grid, all true roguelikes should then play and look the same. The other camp sees roguelikes as purely defined by true permadeath with some leniency afforded with regards to less important elements such as player perspective, combat systems, and screen orientation. 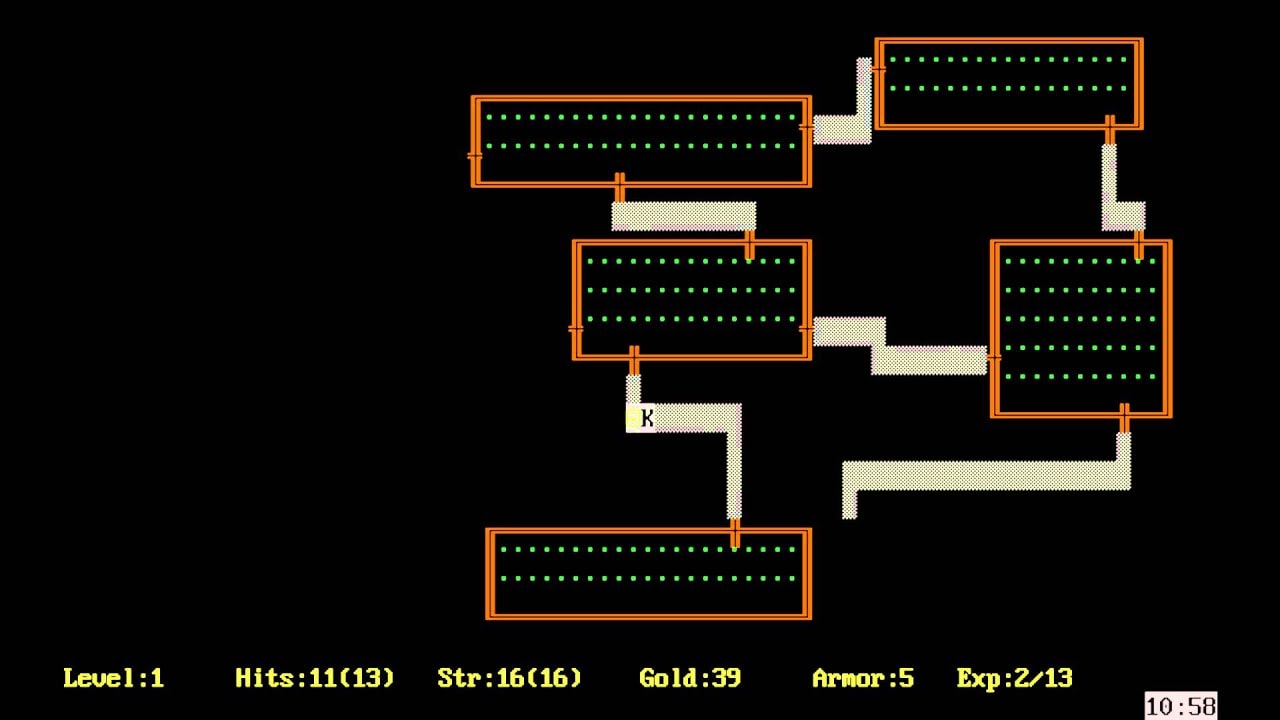 What is a Roguelite Game?

Roguelites - or rogue-lites - in essence, employ a lighter approach to implementing Rogue's key characteristics. For the most part, roguelites still have permadeath. If you die, then you have to start over. However, the key difference is that roguelites allow you to carry over some form of progress from one playthrough to the next. Depending on the game, the way progress is carried over varies. Some games allow you to unlock additional items that can drop in a given run. Others open up access to new areas or provide you with abilities that enable you to traverse towards new locations and expand your area of exploration. 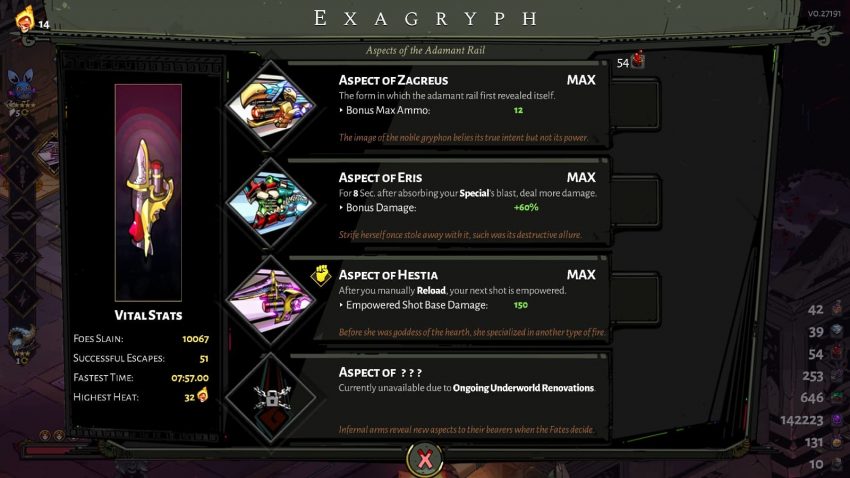 Roguelites also have procedurally generated environments in a lot of cases. There are titles that have completely random level layouts and enemy placements. Others draw from a pre-defined set of layouts that are mixed and matched. Some titles may simply randomize more minute elements such as item placement and the locations of points of interest. Another way roguelites differ in the way they handle procedural generation is through seeded runs. A seed is essentially a run with pre-determined parameters, including enemy types and placements, level layout, and item availability. Seeding is also used to generate special challenge runs as well as enable custom modes. Whatever the case, roguelites have a tendency to reign in the chaos of fully procedurally generated game content.

It's roguelites that are also usually a mix of different genres with Rogue style mechanics. From action RPGs to card games, the roguelite genre's offerings are quite expansive. The leniency they give when it comes to permadeath and randomness affords developers more design space in which they can craft unique experiences.

Regardless of where you stand on what defines a faithful roguelike, the distinction between it and roguelites is quite straightforward. You know you are playing a roguelike when dying means you lose it all. No matter how far into the game you've progressed, one misstep means all of the time and work you put into your progress has come to an end. Roguelites, on the other hand, prefer to give you some sense of progression, making them friendlier for players who don't want to play with the stress of potentially losing everything.

There's an argument to be made that roguelikes give you a truly unique experience each time while roguelites end up becoming grindy and repetitive. When every little decision you make can lead you to lose your character and progress, you become more focused on your run, rather than the game as a whole. You're forced to play your best, scrutinize every possible choice, and make meaningful comparisons between items and gear you come across. The risk is higher when playing roguelikes, but the reward and payoff of making it far in a run are quite big.

If you were to conclude that roguelikes are for the hardest of core gamers and roguelites are more casual in nature, you would be quite close to the mark. A lot of roguelite titles, however, have difficulty settings that can turn them into absolutely brutal experiences, rendering progress and unlocks less important than the player's overall skill.

If you've been meaning to dive into either or both of these genres, we've got a few titles for you to check out.

For this list, we're using the "true" definition of roguelike, meaning games that are almost exactly like Rogue.

Nethack is considered one of the most important roguelikes as it is as close to Rogue as a game can get. Apart from permadeath and procedurally generated environments, it shares a lot of Rogue's core attributes, including the ASCII art style and screen layout. Compared to Rogue, Nethack has a much larger collection of enemies and items, making exploring its world more rewarding. Nethack also includes "conducts" which are special limitations players can choose to impose upon themselves in order to make the game even more challenging.

Straying a bit from Rogue's high fantasy setting, Caves of Qud mixes some science fiction into its world. Just like Rogue, dying means your progress goes caput. Environments, however, are only partially generated randomly, with some elements being pre-defined. The game also includes a robust mutation system to power up your character as well as quests and side-quests which you can choose to follow or ignore. On top of all this, Caves of Qud adds another layer of randomness through its procedurally generated political systems.

Recognized as one of the best roguelikes of all time, Dungeon Crawl Stone Soup is one of the true innovators of its space. Taking all of the core defining elements of Rogue, including its hyper retro art style, DCSS makes a concerted effort towards being more accessible. For starters, it offers a more user-friendly interface that brings all important information to the forefront. The developers also wanted to make its gameplay far easier to understand so that any person can pick it up and play without needing any convoluted prior knowledge of how the game works. 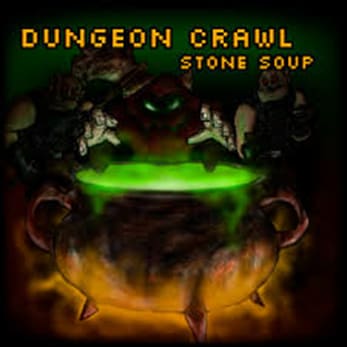 For this genre, we've chosen three games that are completely different to illustrate the wider variety of titles that exists within the roguelite space.

Dead Cells is an exploration-based action platformer (a.k.a. a metroidvania) with roguelite elements. Just like all Rogue-based games, dying in Dead Cells means you start over from the beginning. However, not all progress is lost. As you progress through various biomes of the game, you'll unlock new traversal abilities that allow you to access new biomes and pathways. While some randomness exists in each biome, it feels less like levels are procedurally generated and more like a mixing of pre-determined layout components. You'll also stumble upon blueprints for items which you can then spend Cells you gather to make the items available to drop in future runs. By beating the game's final boss you can unlock progressively harder difficulties, making the game increasingly more brutal. 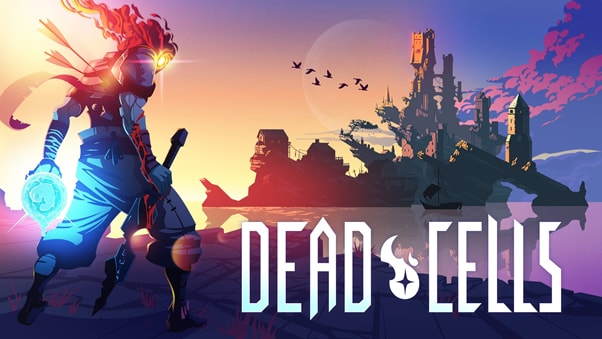 One of the most highly praised indie games, MegaCrit's Slay the Spire is a shining example of a perfect blend of genres. It's a deckbuilding card game where you must climb the titular Spire while defeating enemies and bosses in turn-based card battles, so you can ultimately slay its heart. Each run consists of 3 Acts, each of which gives you choices of pathways that are procedurally generated. While enemy placement is somewhat controlled at first, it becomes more truly random the higher you climb. What makes StS particularly challenging is that it affords very few options to restore health so guarding your HP is vital. While death does mean you'll have to start all the way from the bottom, you can unlock new cards for each of the game's 4 classes as you level them up. The game also offers a wide variety of options for challenges and seeded custom runs.

Nominated for a Game of the Year award, Hades is a beloved title that has converted many gamers to the roguelite genre. Your aim in the game, as the son of Hades, is to escape the Ancient Greek hell and ascend to the top of Olympus with the rest of the pantheon. The gameplay is fast-paced action hack-and-slash but it's in a top-down perspective which makes it feel a lot closer to Rogue than other games in the genre. It also has a lot of elements that are randomized, including the location of helpful shops. Your build will also feel wildly different between runs as even the Gods that appear to power you up are random as well as the abilities they offer you to choose from. 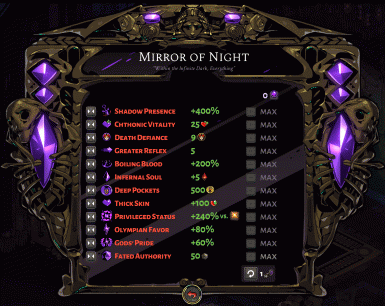 Bonus: With thousand of effects, Filmora X help you record your gameplay and edit it into nice montage.

Thank you for your comment. We will review it within few days.
You May Also Like
Best Way to Record TV from Computer

Recording TV shows are the new normal these days. To learn how to record TV from computer has never been this much easy. Find out about recording TV on computer Windows 10 here:

How to Record Facecam Videos

A Facecam can be described as the recording of one's face in an online video.