The entertainment industry is at its height. For the first time in history, we can choose from thousands of video games and we can broadcast our gaming experiences live. Isn't it exciting?

Most gamers use Twitch, one of the largest streaming services on the Internet to share live streams of video games they play on their computers, gaming consoles, and mobile devices. If you're trying to find out how to stream mobile games on Twitch, you've come to the right place. In this article, we're going to show you a couple of different methods of broadcasting live videos from your Smartphone or tablet. 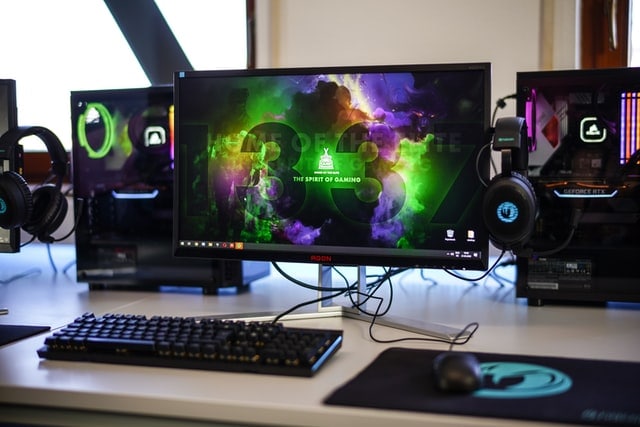 What is Mobile Streaming and How to Start it?

Streaming from computers and gaming consoles like Xbox One or Sony's PS4 will ensure high image quality during broadcasts, but this shouldn't stop you from sharing live streams of mobile games on Twitch. Mobile streaming enables you to share live gameplay videos on this platform directly from your iPhone, iPad, or Android device.

There are two different ways you can broadcast mobile games on Twitch. You can either install an app that is compatible with the operating system on the Smartphone or tablet you're using or you can install computer software that lets you cast the screen of the device you intend to use for streaming to your computer's display.

Besides the Twitch account, and a mobile video game you'll also need to install the live streaming app on your device. If you decide to broadcast your mobile streaming video through a computer, you'll need to have a microphone, a webcam, and the necessary software that enables you to connect your Smartphone or tablet to a computer, as well as a live streaming software.

Let's have a look at the actual steps you'll need to take in order to start your first mobile game stream.

How to Stream Mobile Games on Twitch with Apps?

Probably the easiest way to stream mobile games on Twitch is to install an app. While there are numerous options available for iPhones and Android phones we recommend using StreamLabs or Mobcrush to stream from your mobile device directly to Twitch.

The app is available on Google Play and the App Store, so you can use it on Android and iOS based operating systems. You can download it for free and start your live stream in just a few simple steps. Here's what you'll need to do, after downloading and installing the StreamLabs app.

If you choose to download StreamLabs, you'll be able to share your broadcasts on YouTube, Mixer, or Twitch. To start using the app, you have to log in with your Twitch account, and you can do this by simply tapping on the Log in with the Twitch button, that will appear on the screen once you launch the app.

After logging in, you'll arrive at the app's main window. In the upper right corner of the window, you'll be able to see the Stream icon. Tap on it and wait for a dialog box to appear on the screen. A prompt will notify you that everything displayed on the screen will be recorded, and you just have to tap on the Start now option to start streaming.

Once the stream is active and the app starts capturing the device's screen, you can tap on the three-dot icon and select the Edit stream info option where you can choose a name for your stream and describe what you are doing during a stream. When done, tap OK, and proceed to launch the game you want to play.

Like StreamLabs, Mobcrush can be used to stream mobile games from devices that run iOS and Android operating systems. If you want to start a new live stream from your iPhone, you'll first have to enable the Screen Recording option in the Control Center menu. You'll also need to make sure that the Access Within Apps option is enabled, in order to give permission to Mobcrush or any other live streaming app to record your activities while you're playing your favorite mobile game.

After you install the app on your Smartphone or tablet, you'll be asked to sign in using your Facebook, Mobcrush, or Google account. You'll have to visit the Mobcrush website so you can Sign up because the app only lets you Sign in to your account at the moment. Creating an account on Mobcrush and using it to sign in to the app is probably the best option if you want to stream on Twitch regularly.

The app's main window contains streams of other users, so you can enjoy watching other Mobcrush users playing mobile games. To start a new stream you'll have to tap on the hamburger menu located in the upper left corner of the screen and select the Broadcast option. A new window will open asking you to choose the platform on which you want to share your live stream.

Twitch, YouTube, Facebook, and Mobcrush are the options you'll have at your disposal so, just tap on Twitch to proceed with the setup of your first live stream. If your Twitch account isn't already linked to the app, you'll be asked to sign in to it and make sure that other options are not selected if you only want the stream to be available on Twitch. All broadcasts you make with this app will also be streamed on the Mobcrush platform automatically.

Upon selecting the live streaming platform you can proceed to select the game you will be playing. The app will offer a number of popular games, and if the game you're playing is not available, simply tap the other, and it will still show the viewers the name of the game during a broadcast. When done, you can type in the title of the live stream into the Broadcast Title bar and enable chat messages. Tap on the Save Broadcast Settings button, to complete the process of setting up your live stream.

Now that you've adjusted the broadcast settings you should launch the game you'll be playing. When the game opens swipe up, so you can bring up the Control Center and press the Screen Recording icon when the menu appears on the screen. Select the Mobcrush option and if you want to record audio, tap on the Microphone Audio feature. Hit the Start Broadcast button and your live stream will start in 3 seconds, giving you enough time to head back to the mobile game you want to play. To end the broadcast, simply tap on the red timestamp, and that is it, you can enjoy live streaming your favorite mobile games on Twitch.

Streaming Mobile Games on Twitch Through a Computer

You'll have to install the Reflector 3 app on your iOS or Android-based device and use it to connect the Smartphone or tablet to a computer. The AirDrop feature can be used for this task on iPhones and iPads, while the Cast option lets you connect the two devices on Android phones.

Once you've successfully connected your Smartphone to a computer, you should launch the live streaming software on the computer. Select Twitch as the destination where your live stream will be broadcasted and add media sources to the software so that everything that is cast from your mobile device to the computer can be displayed in OBS or any other live streaming software you may be using. Click on the Start Streaming button after you added all the media sources to your stream you wanted.

Wondershare Filmora is one of the best video editing software helping you trim, edit, and customize any videos according to your needs. You can easily add your commentary and dub for your favorite games. At the same time, using various effects in Filmora will also make your videos look visually striking.

Many of the most popular games on Twitch also have their mobile versions, so you can play popular games such as Hearthstone or Minecraft on your Smartphone and share the achievements in real-time with millions of people across the globe.

What is your favorite method of streaming mobile games on Twitch? Leave a comment and let us know.

Thank you for your comment. We will review it within few days.
You May Also Like
How to Get More Subscribers on Twitch [6 Tips]

Streaming gaming videos on Twitch can be both fun and profitable, but in order to start making money from your broadcasts, you must face a fierce competition and attract a sizeable followership. So he

We've compiled the list of top ten most watched games on Twitch, so you can get an overview of the most popular games on the platform at the moment.

How to Make Twitch Highlights?