Download on the App Store
Get it on Google Play
Download
Download
Call us: +1-60-4343-8521
Mon-Fri 6:00 PM to 11:00 AM Pacific Time
International phone rates may be charged by your service provider
Wondershare Filmora9
The best editor helps you easily edit Periscope video with powerful features.
Try It Free Try It Free

Have you noticed how Periscope videos often appear on your Twitter feed? You may have assumed it is simply due to the popularity of the service. And while that is part of the reason, there is more to the story. There is a Periscope Twitter relationship, which is why you often see Periscope links showing up on your feed. If you want to set up a Twitter live stream, you can use Periscope to get it done.

Do you know the relationship between Twitter and Periscope? Do you know how to live stream on Twitter? In this article, we will help you solve that puzzle.

Yes, Twitter acquired Periscope in January 2015. The acquisition is a major reason why we see so many Periscope videos on Twitter feeds. The company wants to ensure that both services are integrated to the benefit of users who want to broadcast or watch this type of live content. 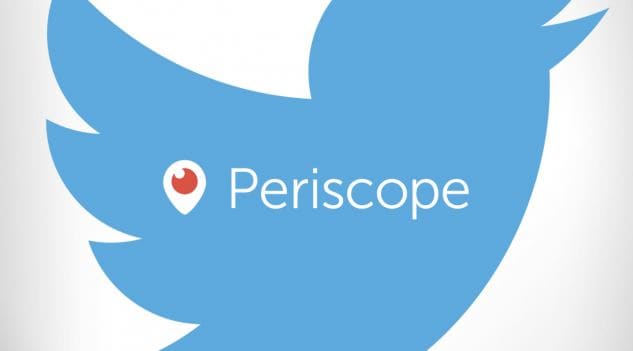 If you are hoping to start a live streaming video broadcast, you can get the process rolling within your Twitter app. On both Android and iOS devices, you may go to the compose tweet button, and then select the icon that looks like a video record notification.

An interesting aspect of the Periscope Twitter integration is that when you start a live video on Twitter, it is accessible on both platforms. People who are on Twitter and wanting to see live videos can search for your video. And the same is true on the Periscope app and website. 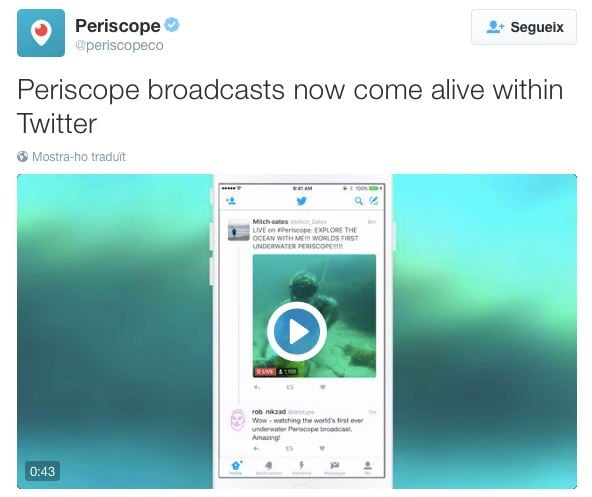 Alternatively, you could start your live video on the Periscope app. It is entirely your choice. But we find that most users would rather do this through Twitter, especially if that is the social media app you are usually accessing for posts or consuming content.

It is possible to share your past broadcasts as a tweet, direct message or by copying the link and sending it to someone’s email address.

You have just started your broadcast through the Twitter app, and you want to share it as a tweet on peoples’ timelines. All you need to do is press the “share live” button, and you are all set. You can send it out as a tweet, direct message or as a link. The same applies to videos that are complete, as they save automatically on the cloud.

Live 360 videos are captured using special devices or cameras, where you get an entire 360 degree view of the stream. If you are using a device that has VR capability, such as Samsung smartphones, you can view the 360 degree video through your Gear VR headset. It is also watchable with Google Cardboard.

If you are using a regular smartphone and you do not have a VR headset, you can simply use your fingers to move around the 360 degree video to access different viewpoints. Creating 360 degree videos is a different matter, as the feature is only available to select partners through Periscope.

If you do not appreciate certain users watching your live videos, or you are unhappy with the comments they are posting, you may block them through the app. Simply click on their comment, go onto their profile, and use the regular means of blocking the person. That user will be unable to watch or comment on your videos, or access anything related to your profile. They cannot see any of your tweets either.

The Twitter live stream feature is designed with users in mind. With the acquisition of Periscope, Twitter had the chance to merge its live videos with an already popular platform. If you are hoping to showcase a live video to the world, or your followers, you can get it started through your Twitter account.