Download on the App Store
Get it on Google Play
Download
Download
Call us: +1-60-4343-8521
Mon-Fri 6:00 PM to 11:00 AM Pacific Time
International phone rates may be charged by your service provider
Filmora Video Editor
Reverse your video/audio files easily
Try It Free Try It Free

How to Reverse Videos with After Effects

“I have taken a video clip from the back of a train, and I want to reverse it, so it looks like it’s going forward when I edit it into the other clips. I’m suing Adobe After effects, how do I reverse a video so that it plays backwards?”

There are many ways that the reverse video technique can be applied; however, one of the best software options for adding these video effects is Adobe After Effects. This software is primarily used for creating motion graphics and visual effects, but it can also be used to animate, edit, and compose media space, including 2D or 3D space, with its variety of built in tools as well as third party plugins.

Adobe After Effects consists of several panels, in which you can import stills, videos, or audio. You can also edit layers and timing using the timeline panel, and these are then displayed in the composition panel. This program is similar to many other Adobe programs, and is therefore reasonably user friendly to those already familiar with adobe editing software. Next, we will examine how to use Adobe after Effects to reverse video.

How to reverse video in Adobe After Effects

Step 1: Install After effects on your computer

Ensure that Adobe After Effects is installed on your home or office computer. It is not freeware (US $20.99/month), you can purchase through Adobe via an online download. It is compatible with both PC and Mac Computers, also.

Open the project containing the clip that you want to reverse the video on. For safety and file backup, save the section that you are adding effects to as a separate file so that, if you do not like the final effect, you have the original footage as a backup.

Drag-n-drop the video clip that you want to apply the reverse video effect to the New Composition icon, and then right click on the clip, which will bring up a drop down menu, in which you select “Time.”

When you do this, it will open a new display window that will allow you to adjust the speed of the clip and make other selections relating to the reverse video effect, such as speed, contrast, and other effects. Make your selections depending on the effect that you are trying to achieve. 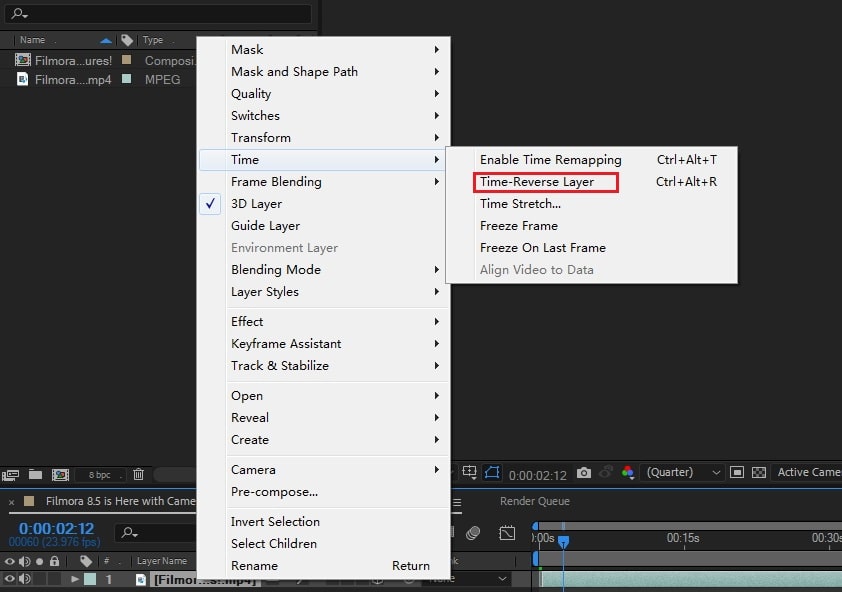 Step 3: RAM Preview and Save

After you have made your reverse video selections, click on the RAM preview to check the result and then save. 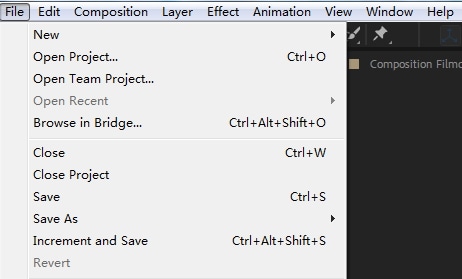 You may also like: How to make a fast motion video in Adobe Premiere Elements

Thank you for your comment. We will review it within few days.
You May Also Like
How to Remove Subtitles from a MKV,MP4,AVI Video

It is not difficult to get out subtitles if you can find the best video editor. This article is a complete guide on how to Remove Soft and Hardcoded Subtitles from a MKV, MPV, AVI Video.

How to Remove Logos from Videos