How to Use Efectum to Make a Slow Motion Video

Founded by Craigpark Limited, Efectum is a free video editing app for smart devices that was first released for the public across the globe on August 10, 2017. The tool can be installed on Android, iPhone, iPod Touch, Mac computers running macOS 11 or later, and Mac with Apple M1 Chip. At the time of this writing, the latest stable version of the program became available on Google Play Store and Apple App Store on December 29, 2021, and January 19, 2022, respectively.

Although Efectum is free to download and use, you must purchase a paid subscription to get access to the exclusive elements and stickers. Furthermore, on Android, the free version of the app exports the edited videos without watermark, however, while using on Apple devices, a paid subscription is required to get rid of such a patch.

Being a full-fledged video editor, Efectum is equipped with a plethora of interesting features including:

Part 1: How to Make a Slow Motion Video with Efectum

As mentioned earlier, Efectum also enables you to manage the playback speed of the videos that you can either record from within the app itself, or import from your phone’s storage.

You can learn how to slow down a clip with Efectum by following the instructions that are given below:

Step 1: Import a Video (Or Record)

After downloading and installing Efectum on your Android or iOS smartphone (Samsung Galaxy Note 10 Plus is used here for illustrations), launch the app, and tap Speed from the main interface. On the next screen, tap to import an existing video from your phone’s storage, or tap Record from the top-right corner (available only on Android devices) to record and import a video to the app. 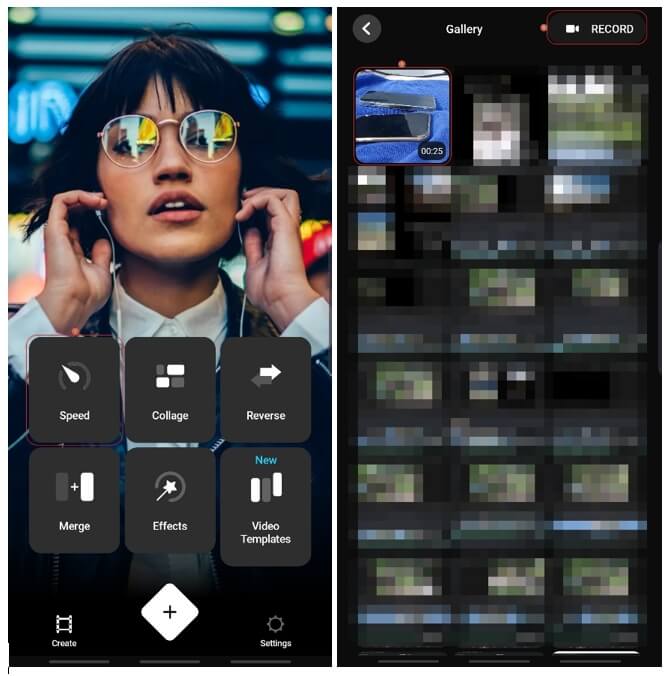 When on the Trim video window, optionally drag the media from the bottom, and tap the playhead once to remove the unwanted section of the clip. Repeat this process as many times as you want to get the exact footage that suits your needs. Tap NEXT from the top-right corner to get to the next screen. 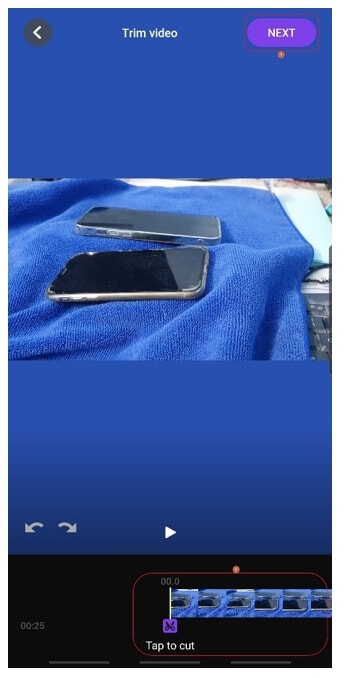 On the Slow/Fast page, tap Slow from the lower-left section, and drag the right handle of the effect on the media to adjust the duration of slow motion. Alternatively, you can double-tap the effect to slow down the entire video. Once done, tap the Play button to preview the modifications, and if found acceptable, tap NEXT from the top-right corner.

Step 4: Export and Save the Video 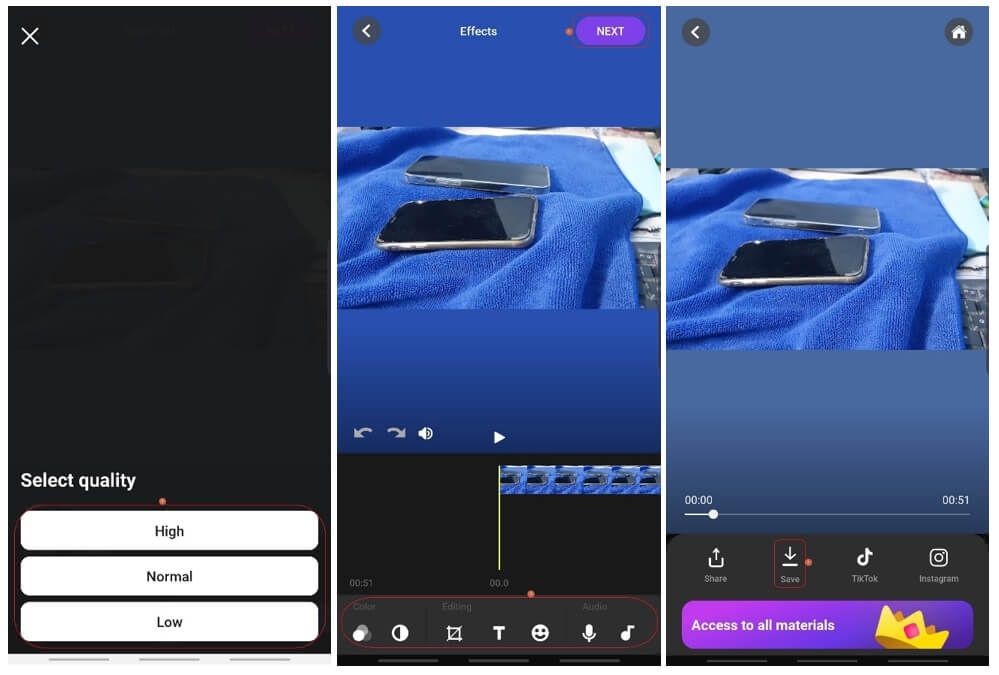 Part 2: How to Use Efectum on Windows and Mac

At the time of this writing, Efectum is not available for Windows PC. However, there is a workaround. You can go to https://www.bluestacks.com/download.html, and download and install BlueStacks on your computer.

Bluestacks is an emulator that gives you an Android environment on your computer so you can install and test the apps from Play Store before using them on your smartphone. The program works as a sandboxing tool to check the integrity of the Android apps so:

After installing BlueStacks on your Windows computer, you can go to Play Store from within the program, install Efectum, and use the method explained in ‘Part 1’ to reduce the playback speed of the video as needed.

As for the Mac computers, Efectum can be downloaded and installed directly on macOS from the App Store. However, there’s no difference in the interface as you get the exact console that the iOS version of the app has. Therefore, the process of using Efectum on Android, iOS, Windows, and Mac devices is almost identical.

If you are not comfortable in using an app on a smartphone due to the small interface or limited features, and you don’t wish to install any third-party simulator merely to work on Efectum either, you can try a much easier way to get the job done. For this, you need a professional post-production program that is both easy to use and can be installed on your computer, regardless of its platform.

One such application that has been appreciated by a majority of users worldwide is Filmora by Wondershare. Wondershare Filmora gives tough competition to many industry-standard video editing tools like Adobe Premiere Pro, Final Cut Pro X, etc. Some of the reasons why Filmora video editor has received a lot of positive reviews include:

Slowing down a video in Filmora is pretty simple. All you need to do is, import the source clip to the program, add it to the Timeline, get to the ‘Speed’ menu, and choose your preferred playback speed. 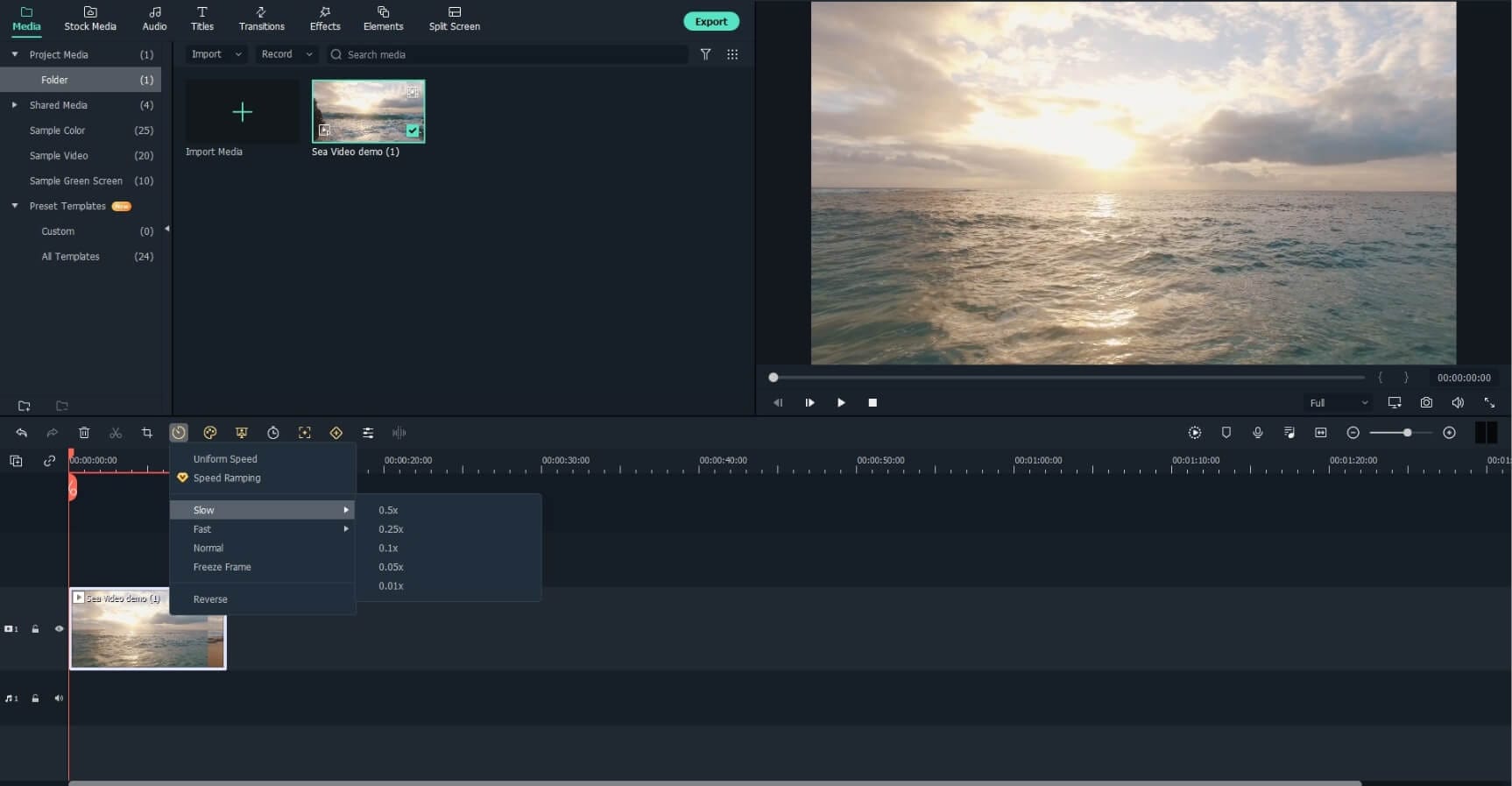 In addition, you can even trim the footage, decorate it with elements and filters, and even add titles to it before exporting so you get a professional and appealing output.

Efectum is a versatile and feature-enriched video editing app for iOS and Android smart devices. The tool can manage the playback speed of the clips, add filters, effects, and annotations to them, and can do much more. However, unfortunately, Efectum is not available for Windows PC, and the Mac version offers the same interface as that of the iOS variant. While BlueStacks, an Android emulator, can be used to work with Efectum on a Windows computer, a much easier solution is to get the job done using an efficient PC-based post-production software such as Wondershare Filmora.