So, you have that 4K TV, now what? It’s only as good as the video that it displays, so as we wait for the world to catch up with 4K content, what is out there now to give you a taste of what the future holds for Ultra HD resolution content. 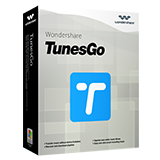 This one is first on my choice of 4K video sample for a couple of reasons, firstly I love the subject matter, and secondly from a technical perspective it is one of the best samples out there.

Filmed using a Red One camera, it displays the vibrancy and detail that we associate with 4K resolution at its best, the color depth of the fish and coral is astounding, and when the shot moves to a passing whale the sense of scale the resolution gives really shows what 4K is capable of, and why it is a step up from anything we have seen before.

2. Trailer for the movie ‘Elysium’

Very little movie production footage is easily available out there in 4K, but this is one of the exceptions. The full theatrical trailer for the movie in glorious Ultra HD, Why does this make the list? Well I think if you are wanting to see the benefits of 4K, then samples like the Ocean Footage one mentioned above really show off the technical prowess, but it is actual movies that most people will be wanting to use 4K kit for, and this gives you a very good indication of how much of an increase in clarity, detail and vibrancy can be gained by switching to 4K. The standard HD version of this trailer is readily available too, so this is something you could make a direct comparison with. The nature of the film, a sci-fi action film, also lends itself to 4K with lots of beautifully rendered CGI scenes in the trailer to look at.

This is the trailer for an interesting project, filmed entirely in 4K and the work of one man, it is purported to be the first 4K film made available for sale. The film itself, and this trailer, is a simple concept, slow-motion and time lapse cinematography of the South West of America, taken as the director, Tom Lowe, travels around in his pickup truck. The concept itself makes for an interesting effect, but this sample is here because of the content. Watching the big expanses of nature flow by in 4K is simply mind blowing, here you really see the almost 3D effect so much resolution and detail bring to the medium, it isn’t like watching a video, it really is like looking out of a window at real life.

There are actually several test videos on this subject, all of them do a good job of displaying 4K but for me it is the this one that focuses on passing boats against an expansive backdrop that is the one to look at. Again it shows the effect of 4K resolution when displaying the wider world around us, this time a harbor vista as the boat passes through it, detail can be seen in the water, the passengers on the boat and the backdrop, and the sense of realism and scale, which for me are the things that set 4K apart, are readily apparent here.

Another rare 4K movie trailer, this one again shows lots of very high quality CGI that really show off the capabilities of 4K at their best. Some great use of the depth of field that 4K emphasizes in a lot of the shots and overall provides a great insight into 4K and what you can expect from it. An interesting video that also manages to tell a little story as well as being a showcase.

Sintel is an animated short created in the blender animation program, here in 4K it represents a fantastic look into what 4K can offer all forms of media, the opening scene, with the snow blowing in the wind, for instance, enables you to see incredible detail that just isn’t visible within the standard HD version. Seeing individual flies as the character searches through the wreckage of a town is another high point in terms of technical prowess.

Another feature of Sintel is its soft focus look that accentuates the high resolution, and makes this video stand out from others in the list. The small dragon is well animated and the main characters features, particularly the hair, are incredibly well realized. A great way to showcase your 4K equipment.

This one is an amalgam of short clips from commercial stock footage that is used a sample of the product. That doesn’t make it any less of a fantastic 4K clip however, with footage chosen specifically to show off the benefits of 4K at its very best (it is a promotional package after all) there is something here for everyone. From the glorious colors of a sunrise to the explosions and the amazing time lapse, with, again, fantastic and vibrant colors, a real showcase for 4K in the true sense of the word.

Back to nature for this one, and the eponymous Honey Bee. Showing not only the color rendition and detail of the surroundings, it also captures the Bees themselves in incredible fidelity, the wing detail, especially on the close-ups, is just way beyond anything we have seen from moving images before, high resolution stills? Certainly, but not video. Another great advert for 4K footage and a lovely film as well.

Can’t say I’m much of a fan of the films, but as a way to see what very fast action looks like in 4K this is a great one. Unlike the other movie trailers, this one isn’t full of CGI, so it shows a different aspect of 4K movies here, the real-life stunts performed by traditional stunt professionals is what this one is all about. And it doesn’t let us down, crashes, explosions and car chases, everything that Bond is about. Except in 4K. Great.

This one is just a lot of fun. Fireworks, in 4K. Color rendition, detail, it has it all. It opens with a magnificent view across the city showing the lights at dusk and beyond, and then into the stunning firework display, it really is quite spectacular and a great look at 4K footage.

That’s our top 10, not all the best technically, but each offers something a little different to give a taste of what 4K is all about, and exactly what your 4K screen is capable of.

There are multiple 4K video converters with powerful functions. However, if video converting is new to you, consider Wondershare UniConverter, which is a powerful but easy-to-use tool for users just starting out. Download the free trial version below.

Thank you for your comment. We will review it within few days.
You May Also Like
Top 10 Best Free 4k Video Converters for Windows and Mac

4K is getting popular these days, while in this article introduces top 10+ free 4k video converters for windows and mac in case that you have limited access to 4K video playing.

How to convert and download 4k video in MP4 Format

Introducing tips on how to convert and download 4k video in MP4 Format or any other video formats like AVI, MOV and WMV.