Download on the App Store
Get it on Google Play
Download
Download
Call us: +1-60-4343-8521
Mon-Fri 6:00 PM to 11:00 AM Pacific Time
International phone rates may be charged by your service provider
Filmora Video Editor
The Best Video Editor to Change the Aspect Ratio of a Video
Try It Free Try It Free

How to Quickly Change the Aspect Ratio of a Video on Mac?

That’s why we have to change the aspect ratio of a video before uploading it on a preferred platform. In this guide, I will let you know the common aspect ratios for various platforms and how to change aspect ratios of videos on a Mac easily.

Part 1: The 5 Most Popular Aspect Ratios for Video

While there are all kinds of aspect ratios for videos, these 5 options are majorly used in media streaming and sharing.

Widescreen (16:9): In this aspect ratio, the width of the screen is almost twice as big as its height. The ratio is mostly used for uploading videos to YouTube or to watch them on a PC’s monitor.

Standard (4:3): This has been the standard aspect ratio for videos for a while now. In this, the width of the video is slightly more than its height and is used to watch videos on television and monitors.

Square (1:1): In this new aspect ratio, both the width and height of the video are of the same dimensions. It is mostly used to upload videos as an Instagram Post.

Vertical (9:16): The aspect ratio of these videos is just the opposite of the widescreen. They are mostly used for streaming videos on a mobile screen without tilting it (like Instagram Reels or Snapshot Stories).

Cinema (21:9): This is a dedicated aspect ratio for watching videos on a cinema-like screen. That’s why it has the width of the video more than twice its height. 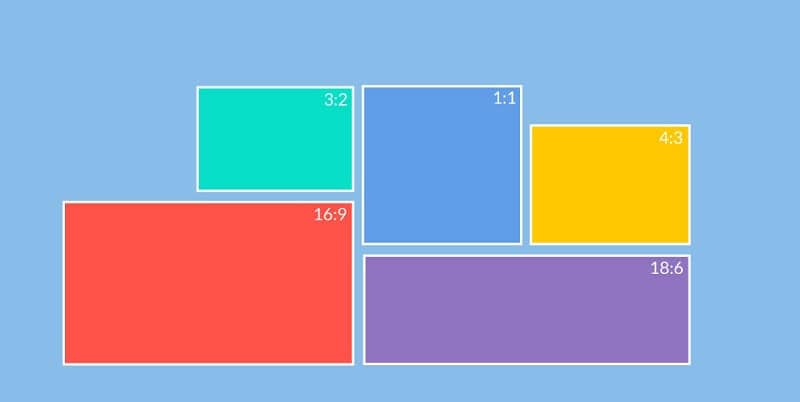 Part 2: How to Choose the Best Aspect Ratio for Your Video?

Before you change the aspect ratio of a video, consider the following things in mind to get the best results:

As you know, the desired aspect ratio for a video to be posted on YouTube would be different from Instagram. Therefore, you should first decide where the video would be posted so that you can get ideal results. Here are the preferred aspect ratio options for various popular social platforms. 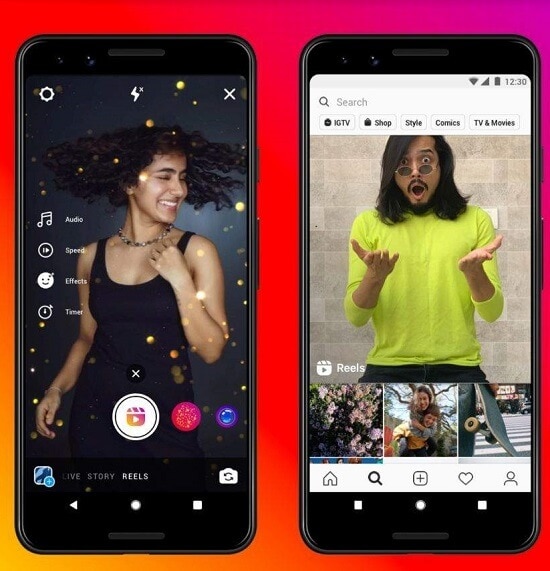 Lastly, check the overall quality and resolution of your video to make sure it won’t be affected while changing its aspect ratio.

Part 3: How to Quickly Change the Aspect Ratio of a Video on Mac?

The best way to change the aspect ratio of a video on Mac is by using a professional Mac video editor like Wondershare Filmora. With the new update for Mac, Filmora has come up with an Auto Reframe option that can instantly alter the overall aspect ratio of your video. While the Auto Reframe is recently added to Filmora for Mac, it will soon be implemented in its Windows version too.

If you want to change the aspect ratio of a video on Mac with Filmora, then just go through these basic steps:

To start with, you can just launch Filmora on your Mac and go to its More Tools to select the “Auto Reframe” option. 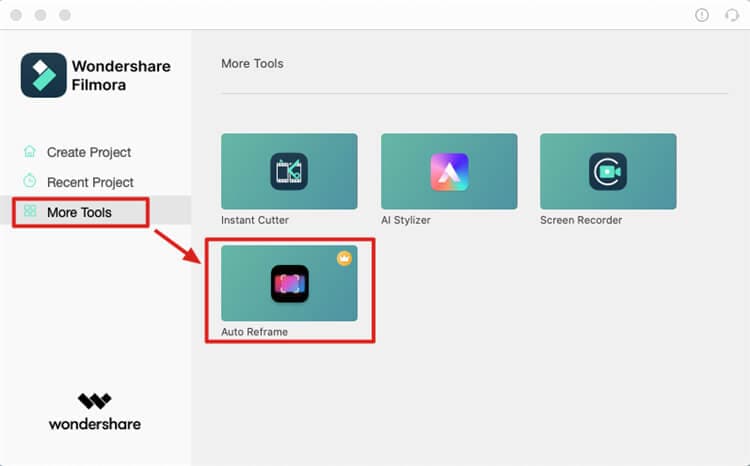 Now, you can click on the “Import” button or drag-and-drop your video that you want to alter. 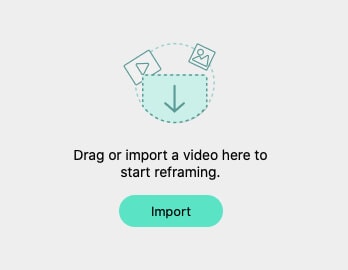 Besides that, you can also create a new project and simply import your video to Filmora. Afterward, you can right-click the video and go to the “Auto Reframe” feature. 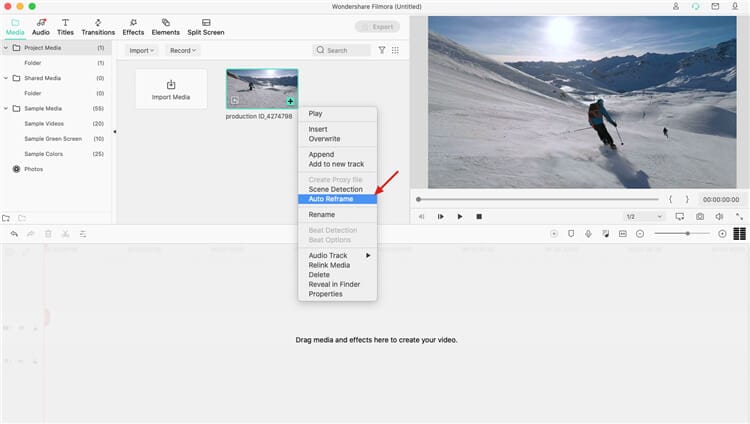 Step 2: Select a Preferred Aspect Ratio and Preview the Video

Once the Auto Reframe window is opened, you can check the video on the right and various aspect ratio options on the sidebar. From here, you can switch between different popular aspect ratios like 1:1 (square), 16:9 (widescreen), 9:16 (vertical), 4:3 (standard), and 21:9 (cinema). 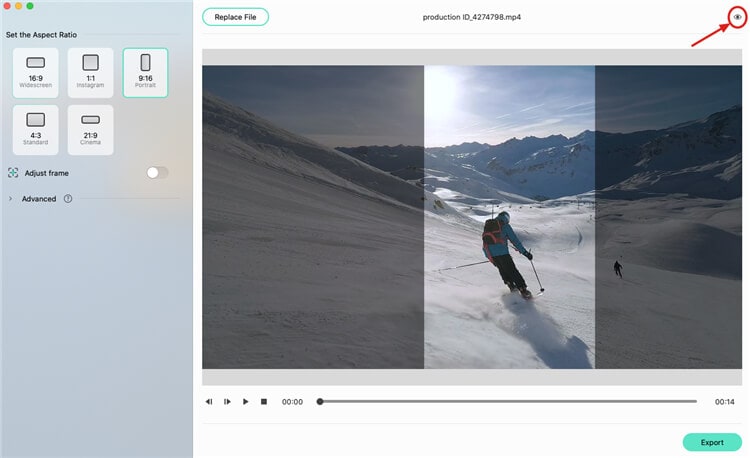 Apart from its automatic option, you can further adjust the frame manually. To do this, just go to the sidebar and toggle on the “Adjust Frame” feature. Now, you can manually move the highlighted box to adjust the desired frame for the video. 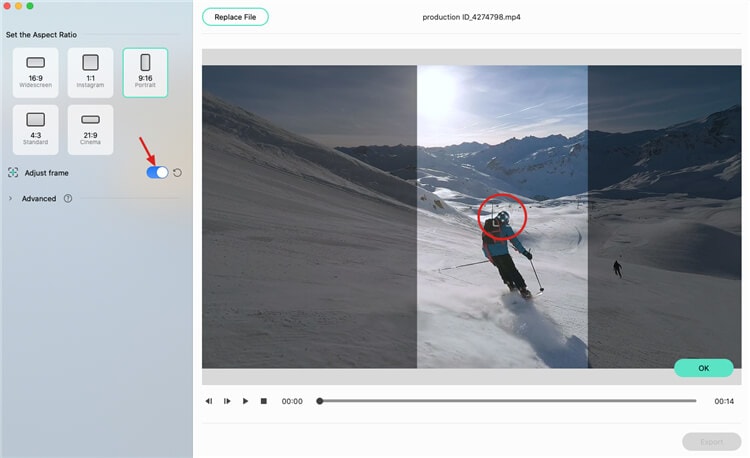 Besides that, you can also change the tracking subject and its speed in the video. To do this, just go to the sidebar and expand the “Advanced” settings for Auto Reframe. 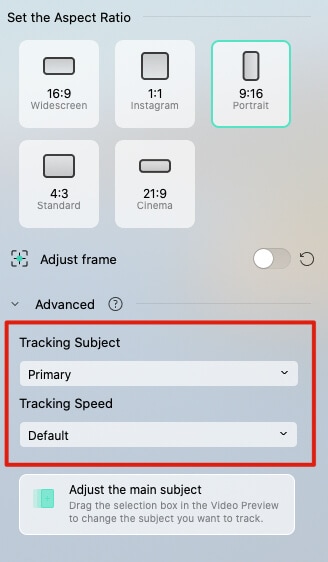 Step 5: Export Your Video to Filmora

That’s it! Once you have changed the aspect ratio of the video, you can click on the “Export” button. This will let you save the edited video to Filmora for further editing. 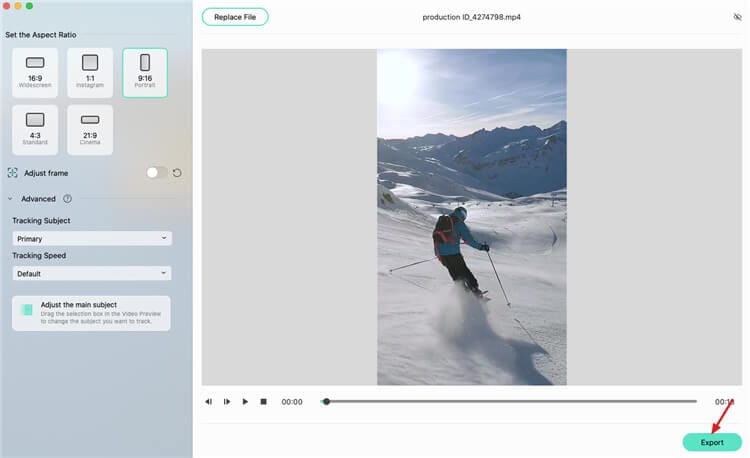 If this failed to solve your problem, try this:

How to Change the Aspect Ratio with FCPX?

Liza Brown
Liza Brown is a writer and a lover of all things video.
Follow @Liza Brown
You May Also Like
Guide to Make Timelapse Video with iMovie

We all know very well that a 1-second-video has several images in a single row. Even with iMovie time-lapse, you can create this! So, without any further ado, let's learn how to make a timelapse in iMovie.

How to Do Time Lapse on Samsung Phones

Want to take stunning time lapse videos with your Samsung phone or tablet? We will illustrate how to capture timelapse on Samsung.

How to Loop Videos on Android Phones

With looping videos, people stay on your site longer, boosting engagement. With video being watched on mobile over 3x more than any other content, it's an essential part of mobile advertising.