Download on the App Store
Get it on Google Play
Download
Download
Call us: +1-60-4343-8521
Mon-Fri 6:00 PM to 11:00 AM Pacific Time
International phone rates may be charged by your service provider
Filmora Video Editor
Best Anime Series of All Time
Try It Free Try It Free

It all started in the 1960s in Japan and until now anime has only changed people’s lives and their thinking with the pseudo content. People these days especially teenagers and university students are watching a lot of anime shows online because they have found it much better than the real world where the anime series online would encourage them to be good friends, socially active, and intelligent.

Recently one of my friends asks me if I could recommend some anime series to her. Then I wrote this article to show the best 10 anime series of all time. And I also list some new anime series in 2020.

You may also like: Best Anime Websites to Watch Anime for Free

Here are the best 10 anime series in my watchlist. They are listed in no particular order: 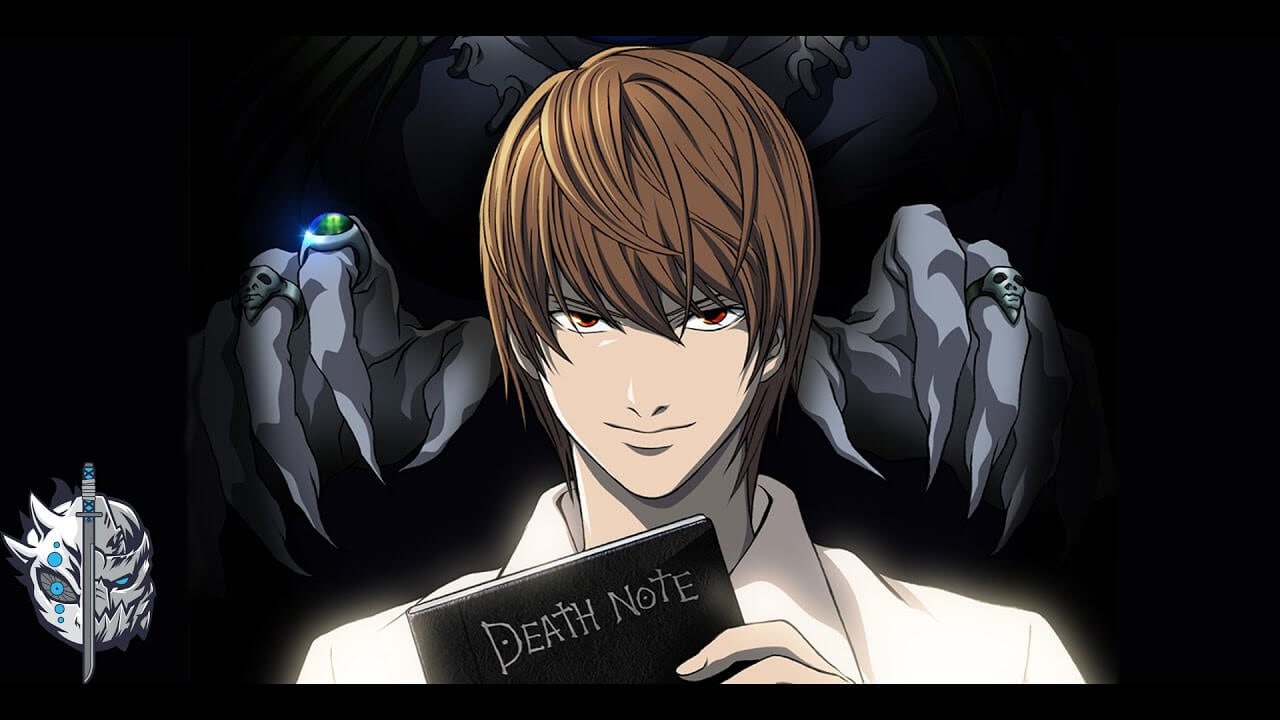 The story revolves around a young school-going guy Light Yagami who mysteriously finds a Death Note notebook that belongs to the Shinigami Ryuk and it’s a supernatural book that could kill anybody if the name is written on the pages of this book. The anime is filled with a lot of thrill and suspense that would give you enough goosebumps to talk after. 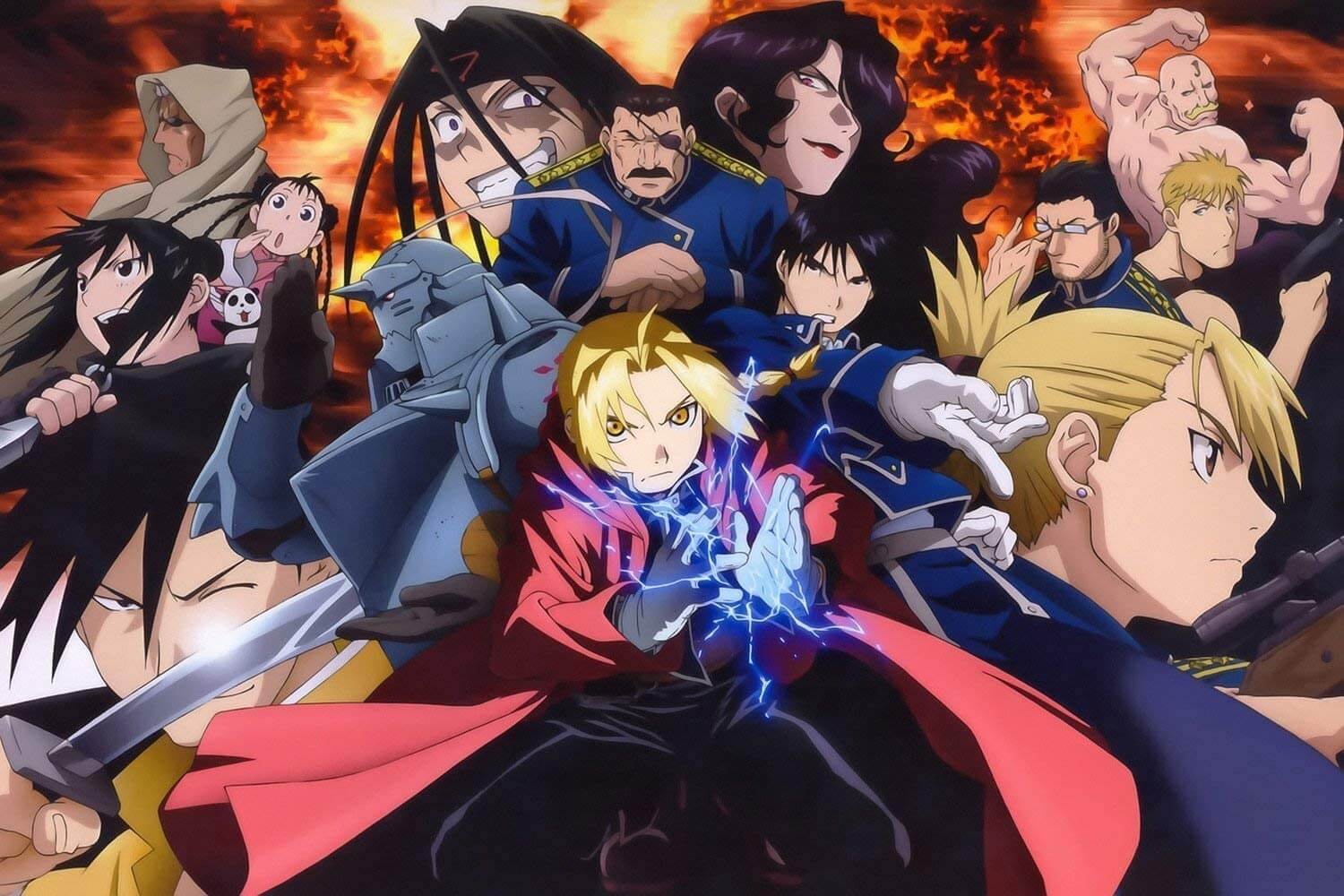 Fullmetal Alchemist is a Japanese anime series that was directed by Yasuhiro Irie and it was written by Hiroshi Onogi. The story revolves around two brothers Edward and Alphonse Elric who are raised by their mother Trisha Elric. After their mother’s death, they traveled the whole world to practice transmutation which failed and they were left with physical ailments. Now, the thrill starts where they both struggle to live their life. 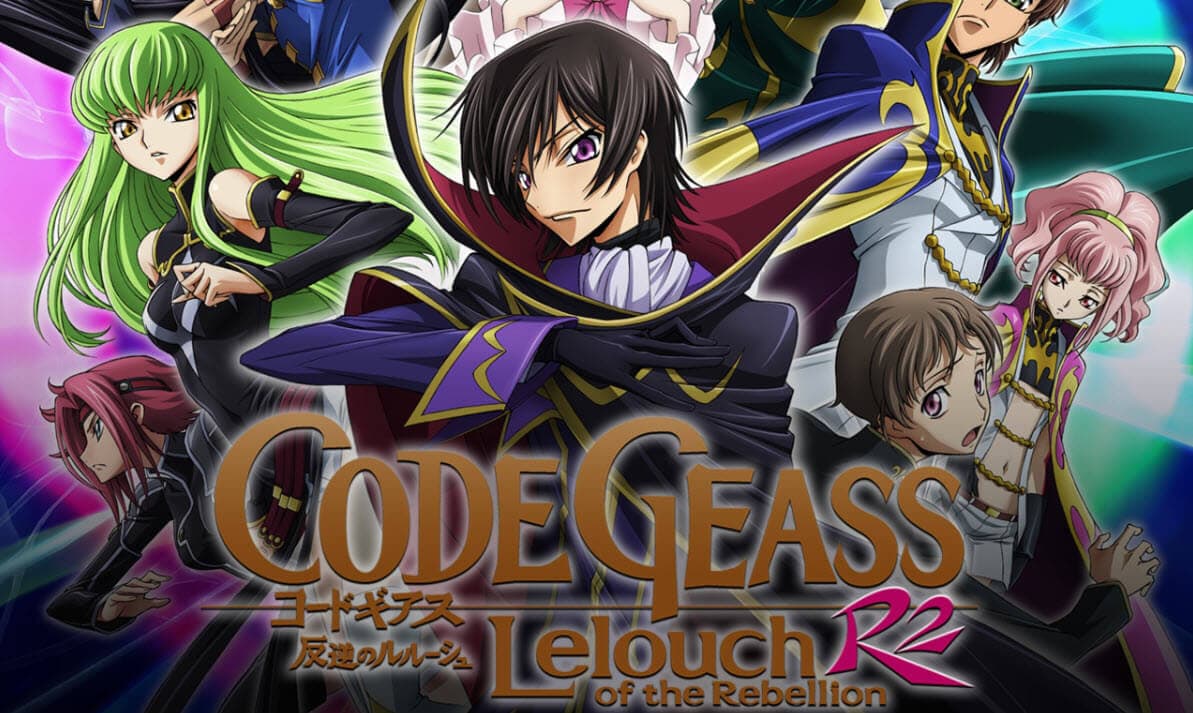 Code Geass is a royal story where Lelouch vi Britannia is an exiled prince and his father Charles Zi Britannia with the royal consort Marianne vi Britannia. Marianne gets murdered and her daughter Nunnally watched the murder happening and that leads her to a traumatized condition where she lost her ability to walk and eye sights. Now, the entire story takes a new turn where both Lelouch and his sister Nunnally are sent to Japan. The story becomes filled with aggression and vengeance that is worth watching.

4. Attack on Titan/Shingeki No Kyojin 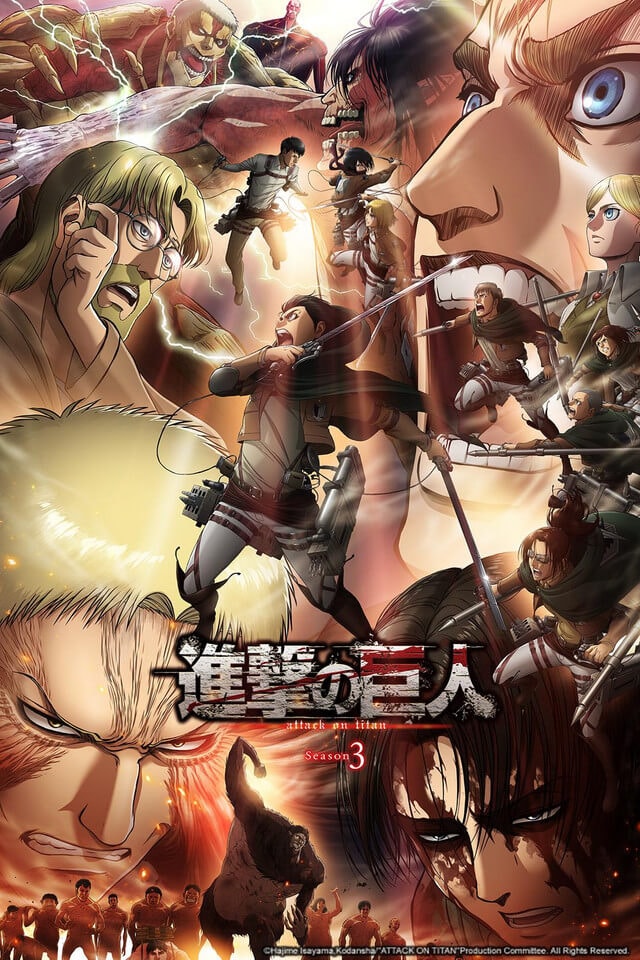 A Japanese manga series that is written by Hajime Isayama where the fantasy world is set to catch your thoughts and draw you into a world of giants where humanity is surviving daily. The series is very childish as there are pseudo giants who eat humans. It’s like the world of fairy tales where the big giant would come and take away the kids and then someone would come to attack those bad men. Overall, it’s a good series and worth watching if you have kids besides you, they will enjoy a lot. 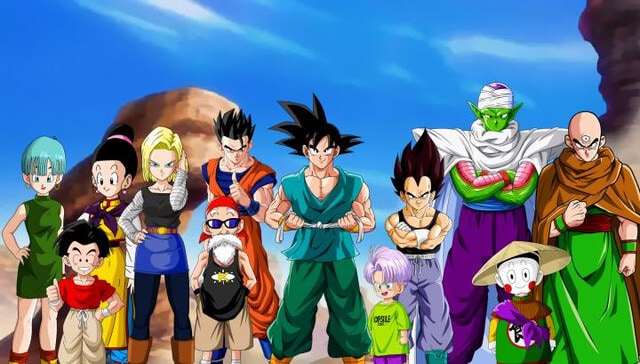 Dragon ball series was launched in 1986 for the very first time and was produced by Toei Animation. After that, there are many series that were launched in the years ahead. This series is said to be one of the most successful anime series of all times as it is still broadcasted in 80+ countries. The story revolves around Goku, a boy with a monkey tail who befriends a girl named Bulma and together they start an adventure trip to find the Dragon balls which possesses the power to summon Shenron, a powerful dragon. The idea to summon him is to get their desire fulfilled as this is something the dragon has proposed. 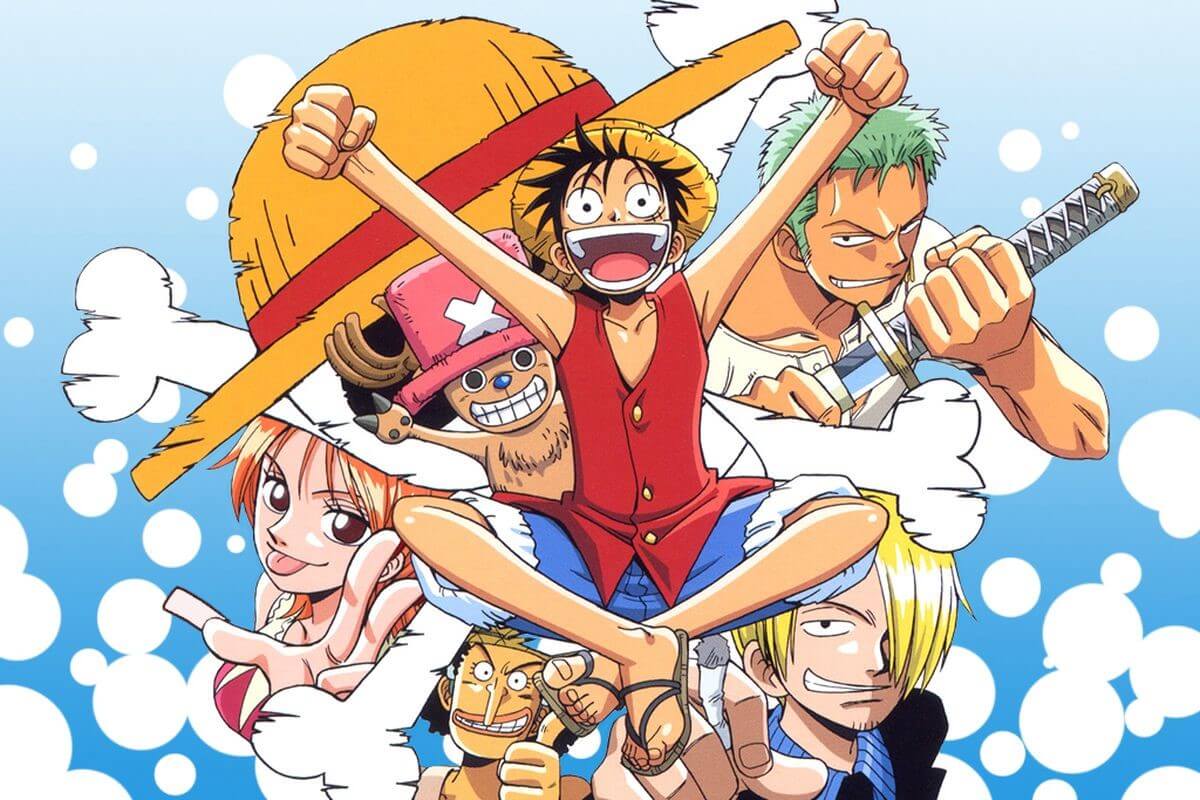 One piece is a Japanese anime series that was written by Junki, Hirohiko, and Shoji, and the music was given by Kohei and Shiro. This adventurous and funny story revolves around a boy who got some powers after eating a devil fruit and his body has now got rubber properties. Now, the boy with his pirate crew started their journey to search the world’s best treasure named “One Piece” and find it to become the richest pirate king of all time. 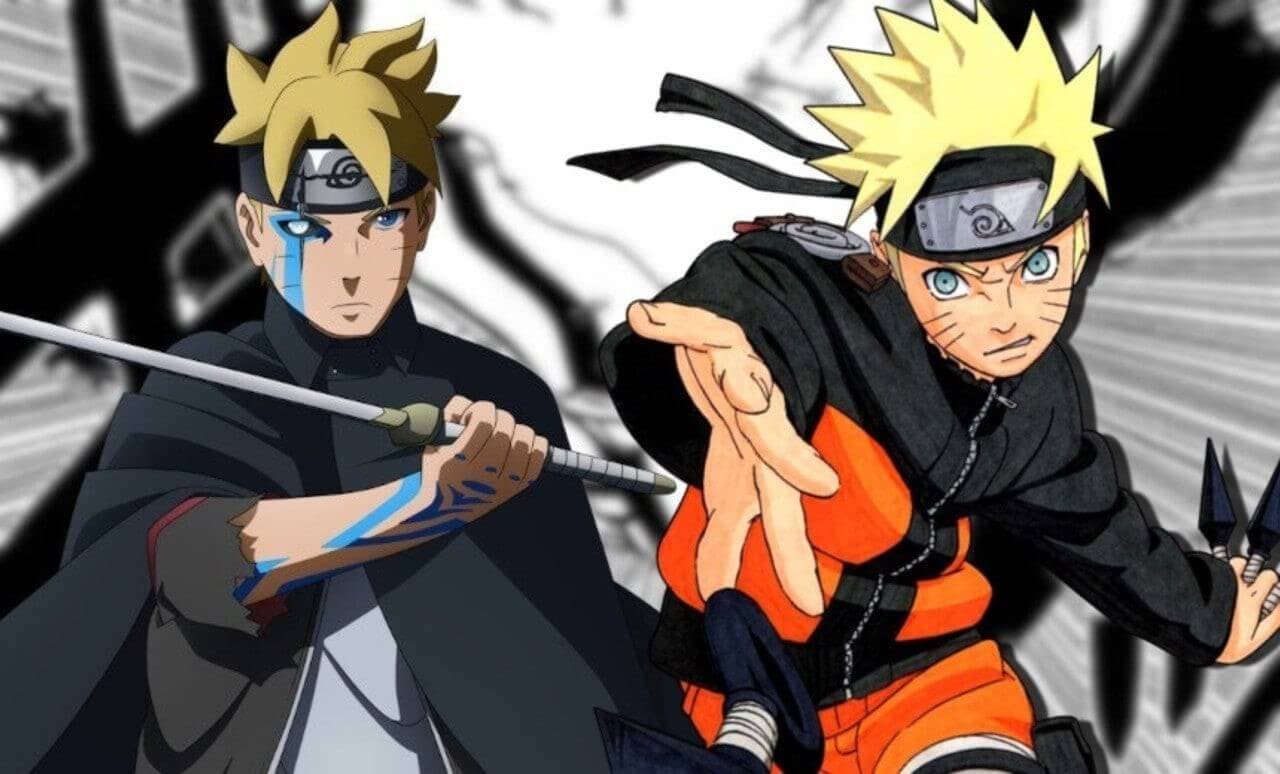 This series is basically for the teenagers who have an interest in combats and fights as this anime has a boy named Naruto who trained hard with his friends and now going back to Konoha to meet the old friends. So, Naruto was threatened by Akatsuki's organization and he is in danger now as he needs to find a way and fight for his life. The story is worth watching when Naruto realized what’s inside him and he fought for his glory. 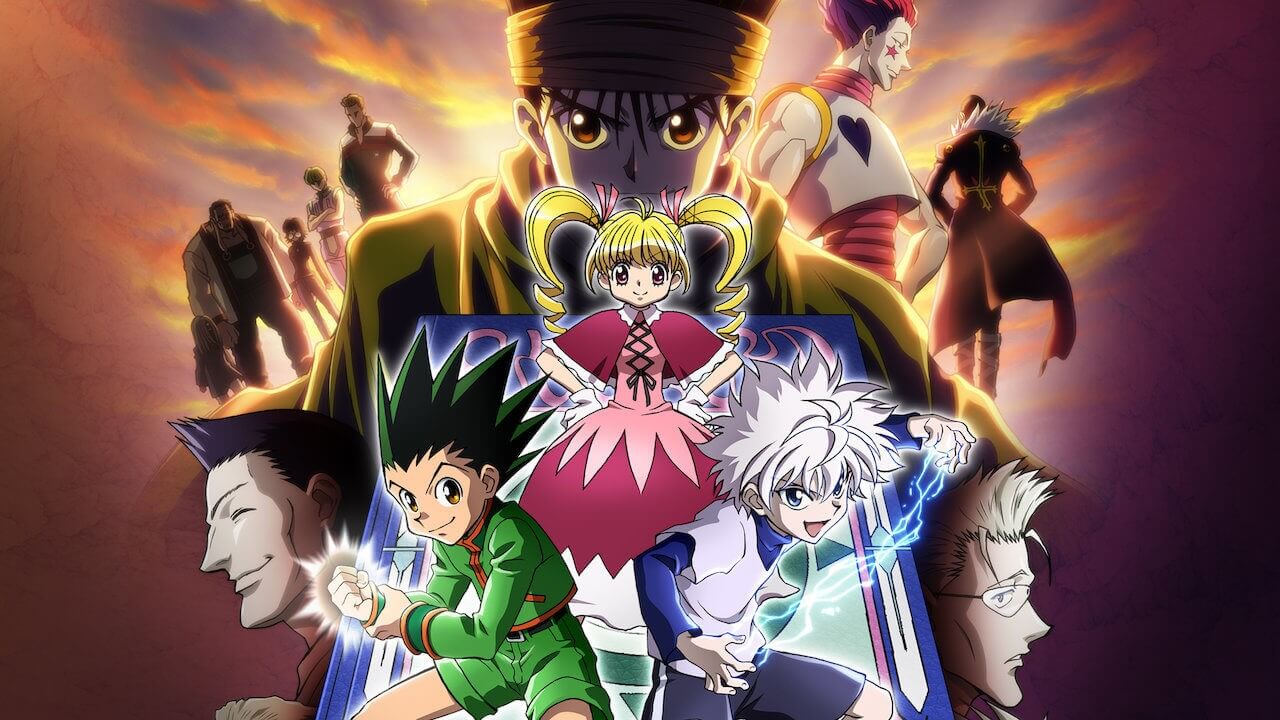 This story is about the hunters who travel the world in search of unique things like creatures, riches, and unexplored places. Gon Freecss is a young boy who gets indulged in the team of these hunters in the hope to find his missing father. In the team, he meets new friends and the story begins when they start their journey. 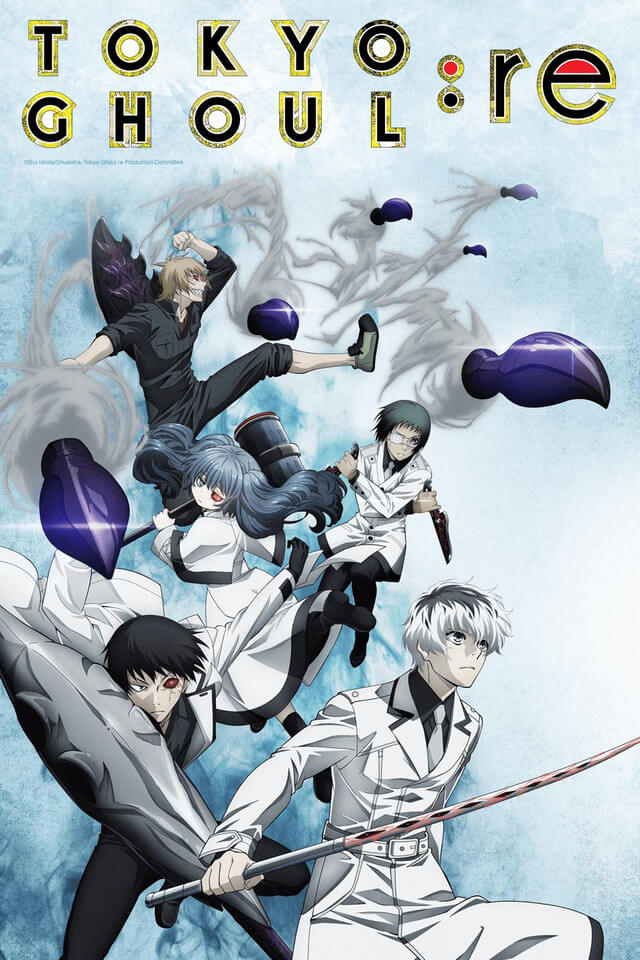 Tokyo Ghoul is a series that was written by Sui Ishida and the story is about a young college student Ken Kaneki who survived a deadly accident as his date was revealed as a Ghoul. After recovering from the injuries he finds that he has become a ghoul himself and now he has to live with the ghoul society and eat human flesh. The story is scary as well as thrilling and worth watching. You can try it! 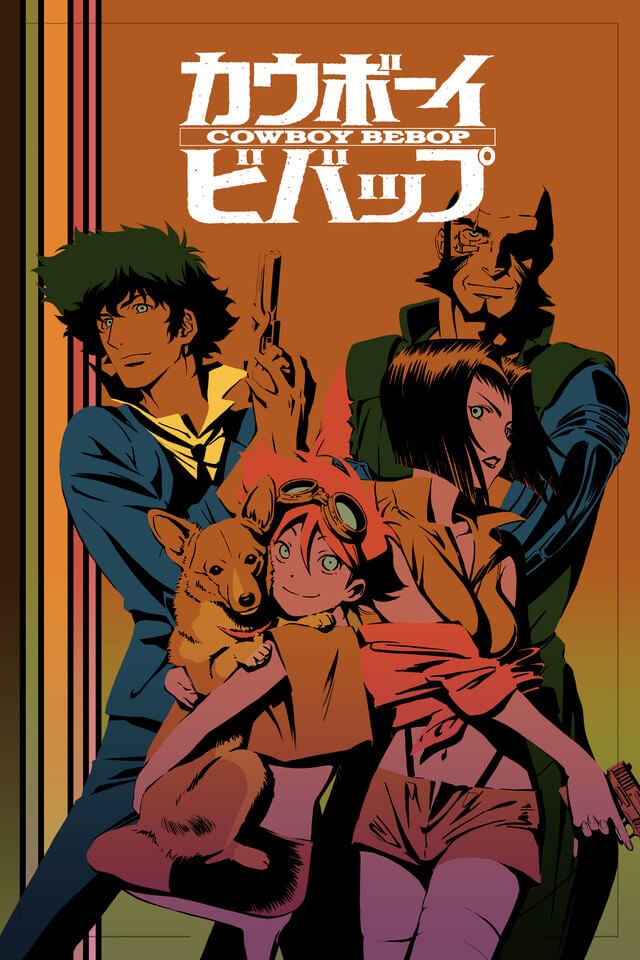 This is a Japanese anime science fiction series directed by Shinichiro Watanabe in which the year is 2071 and few bounty hunters travel in their spaceship called Bebop. The thrilling story is about a former hitman, a girl who knows hacking and an ISSP officer. Their lives change due to several mishaps and they end up getting indulged in different scenarios in their lives. This story is for science enthusiasts who have an interest in the possibilities of being in the virtual world.

After getting a bucket list for the weekend bash, you would be excited to know about the stuff that is yet to come on your list. Here are some amazing anime series that are yet to be launched in the year 2020.

The season 4 of attacks of titan is said to have around 12-15 episodes and there is a rumor that this will be the last season of this series as fans are waiting for it curiously. The trailer itself created a lot of excitement among the fans.

The much-awaited season of this fantastic series is going to be out very soon and the plot is settled in 2045 where orphans like Ray, Norman, and Emma are living in a shelter and they are being taken care by Isabella who is a mother to these kids. The story is worth watching and let’s wait for the launch.

Haikyuu is something great for a youngster who is passionate about sports as the story is about the Hinata Shouyou, a 162 cm volleyball player. This guy wants to follow the footsteps of giants and make a place in the national games. The story is inspiring and let’s wait for the launch date till then.

Fire Force season 2 will be launching soon for the fans who are waiting for it. The story is about the special fire brigades fighting the unnatural human beings. A guy named Shinra Kasukabe also known as “Devil’s footprints” will join the special fire force academy to add some more thrill to the story.

The story of this anime series is about a private institute Rath that aims to enlist the aid of Sword art online survivor Kazuto Kirigaya. He tests the system capabilities of the underworld as he is working there part-time. The story has some cool suspense to unveil the story.

Whether you watch anime online or you are just waiting for the best anime series of all time, this guide has everything that you need to put your guards down and dwell with the story. Youngsters and millennials who are an anime lover and want to find all their mischiefs handled at one place then this is the right place you have stuck upon. This article has all the best anime series that you should not miss in your life as there are some specific genre and stories to make you go crazy and crave for more. This is an absolute truth that after going through this article anime lovers would be feeling crazy because they have got the best stuff for the weekend and also planning for the next month. If you have got your favorite anime spotted here then do let us know in the comment section and share this article with anyone who loves anime.

Thank you for your comment. We will review it within few days.
You May Also Like
What is Anime? [Anime VS Manga VS Cartoon]

this article will show you what anime is and its differences with manga and cartoon.