The video sharing platforms like Twitch or YouTube have made gaming insanely popular. Twitch has over 2 million users, while owners of some of the most profitable YouTube channels are gamers. The live streaming services that these platforms provide have enabled millions of people to watch their favorite games being played in real time.

Producing high-quality live streams is one of the best ways to gather millions of followers in a short period of time, but in order to achieve this goal, you must have the adequate equipment.

If you would like to learn more about capture cards you've come to the right place because in this article we are going to take you through some of the best capture cards you can use for Twitch live streaming.

What is a Capture Card? 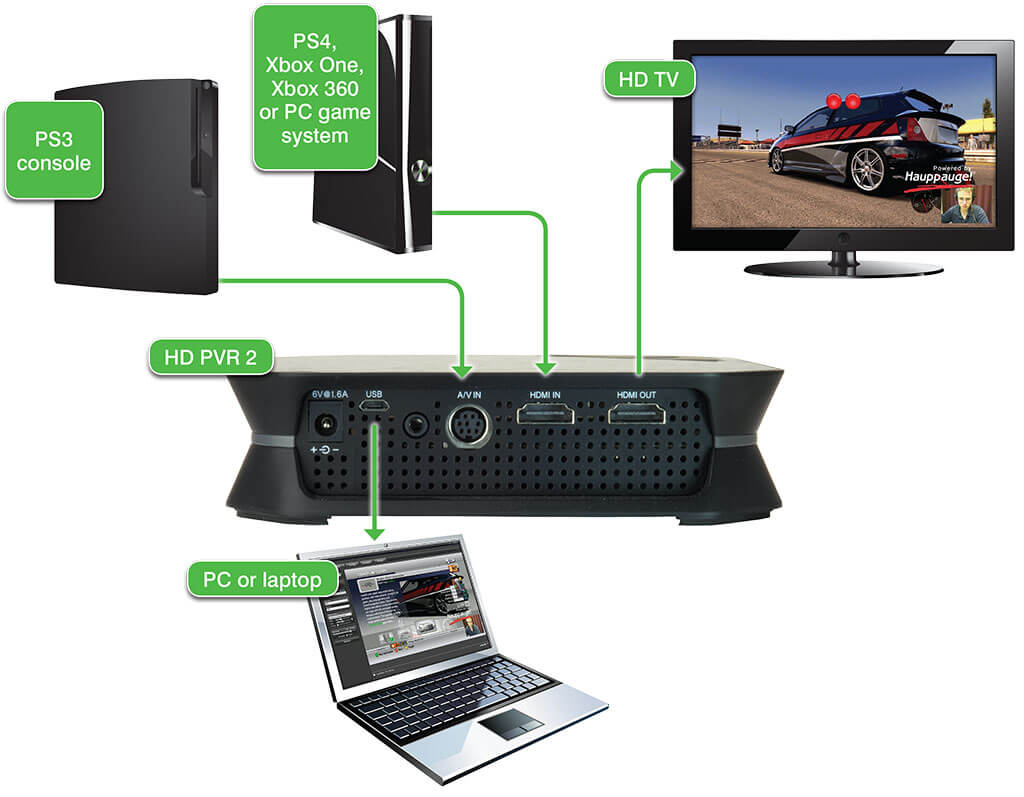 Before we start exploring different models of capture card and their features, let's have a look at what capture cards are.

A capture card is best described as a piece of hardware that enables its users to capture footage from a wide array of devices including PCs or gaming consoles. Gamers frequently use them to record and broadcast the gameplay of a video game to some of the most popular streaming platforms like Twitch or Ustream.

You may also like: What Is Twitch Prime and How to Get It Free >>

Do I Need A Capture Card for Streaming on Twitch?

Whether or not you'll need a capture card to start streaming on Twitch depends on several factors. Desktop and laptop owners can easily start a live stream with a screencasting software that is usually more affordable than a capture card. Still, you may encounter some limitations if your PC's configuration is not powerful enough to support live streaming at large video resolutions.

Gaming consoles like PS4 or Xbox One can only capture up to 15 minutes of footage, and that is often far from enough to create a good live stream on Twitch. Most gaming streams last much longer than 15 minutes, which is why using a capture card is a much better option if you want to broadcast live footage of games compatible with PS4 and Xbox consoles.

Capture cards let you have complete control over the stream's quality, but broadcasting live video in 4K resolution is not possible on Twitch, because the platform still doesn't offer this option. Streaming in 4K on YouTube.

On the other hand, has been available for quite some time, but if you want to use a capture card to record 4K resolution video, you'll need to make sure that the device supports streaming in such a high resolution.

How to Choose a Good Capture Card for Twitch Live streaming?

The highest image quality of a stream supported by the Twitch platform is 1080p at 60 fps, but you can't create a live stream in such a high resolution if your capture card isn't capable of recording HD videos. That's why you need to pay attention to the stream quality a capture card can offer when buying a new device.

Although capture cards that can record footage at 4K are available on the market, they require a powerful PC configuration and a fast bandwidth.

Low latency is a feature that most capture cards have, but it is still a good idea to check if the model you want buy is capable of providing little or no delay at all. Interacting with the audience in real time is much easier if you have a low latency capture card.

Before buying a new card you need to make sure that the device you want to purchase is compatible with the operating system on which you'd like to use it.

Read the system requirements carefully and try to find out if the hardware can be connected to the PC or a gaming console you want to use for streaming. What's more, if the capture card has an HDMI pass-through, you can connect it to a TV set and watch all your recordings on a high-resolution display.

Becoming a video gaming star on Twitch starts by getting the best live streaming equipment on the market. Which capture card you're going to use depends on a number of factors, including the platform on which you want to share your videos. Here are the three best options for live streaming on Twitch.

The Elgato Game Capture HD60 S card is widely accepted as one of the best choices for streaming on any of the popular online destinations. The card lets you stream videos at the maximum bitrate of 40 Mbps and it can record live videos in 1080p resolution at 30 or 60 fps. The Flashback Recording feature enables the card to record a limited amount of footage in the background, even if you are not recording at the moment.

You can add a webcam overlay window to the video you're recording via the Stream Command option if you'd like to interact with the audience and comment on the video. The HD60 S features a video editing software, although the editing options it provides are limited. If you would like to edit the video and audio files after recording the footage, you should use a more professional video editing software.

High image quality and ultra-low latency are the main reasons why the ExtremeCap U3 capture card is so popular among gamers on Twitch. Capturing videos in 1080p resolution at 60 fps second is an option, although you'll need a high-end computer configuration to accomplish this. The AVerMedia's capture card features a built-in RECentral software that lets you choose whether you want to share a live stream to Twitch or YouTube or just record a video.

The software comes bundled with free membership for XSplit Broadcast as well as free plugins for professional video editing software.

The ExtremCap U3 doesn't have an HDMI pass-through, so in order to connect it to a TV set, you'll have to buy an HDMI splitter. The Timeshift recording option can be used to capture videos after you win an epic battle or score a beautiful goal.

This capture card is equipped with a Record button that is mounted on the device, so you can start a new recording session with a simple push of a button. HD PVR 2 Gaming Edition lets you capture videos in 1080p resolution, but only at 30 fps. It also features a built-in AVCHD video encoder and a no delay HDMI pass-through that enables you to watch the footage you record on a TV.

The Facecam feature lets you add webcam footage to the video you're recording which is a great option if you want to record narration. The HD PVR 2 has a built-in audio mixer that is capable of producing crystal clear audio recordings.

The StreamEez application enables you to share your live streams on Twitch and YouTube must be installed before you can start steaming from a computer or a gaming console.

Sharing your gaming experiences on Twitch in real time can be very exciting, but if you want to avoid having any setbacks during the live broadcasting sessions, you should make sure that your capture card is capable of high-end performances. Excellent image quality, low latency or great audio recording options are all factors you'll need to consider before choosing the capture card you'll be using for streaming.

Let us know in the comments below which capture card you like to use the most for Twitch streams.

Thank you for your comment. We will review it within few days.
You May Also Like
A Simple Guide to Becoming a Twitch Affiliate

To make things even better a little over a year ago Twitch has launched the Affiliate Program that makes it much easier for gamers to monetize their live stream videos. So let's have a look at how you

What Is Twitch Prime and How to Get It?