Download on the App Store
Get it on Google Play
Download
Download
Call us: +1-60-4343-8521
Mon-Fri 6:00 PM to 11:00 AM Pacific Time
International phone rates may be charged by your service provider
Filmora Video Editor
The Best Anime Shows on Netflix
Try It Free Try It Free

West cartoons, modern movies, and even fashion designers have all been influenced by Chinese animation. Irrespective of its adult-ish and nerdy standing, anime is still among the most creative genres in modern art. Therefore, if you start with the wrong series, it can be challenging to get in there. The best part is that Netflix is presently offering some of the best anime shows of all time.

Well, we have already researched for you by searching through the web and finding the priceless treasures you will want to enjoy. We have compiled a list of the greatest anime shows on Netflix for April 2021, ranging from classic masterpieces to next-generation Netflix anime quality.

Best 15 Anime Shows on Netflix –You Should Start Now

Large numbers of people isolated at home since 2020, probably more than that craved new and intense to divert us from the pandemic's worries and explored content varying from worldwide dramas to news to recorded versions of plays and musicals.

Meanwhile, anime had a broad reach way before 2020, but its reputation has immensely increased by more than 100 percent after being screened on Netflix. Here are some proves that anime series is one of the most significant trends on Netflix these days!

The Naruto series has nine seasons on Netflix, and it has been a source of joy for so many years. Naruto and his buddies operate as a ninja group, doing everything from low-level jobs to assassinating villains. Naruto's dream was to become a Hokage and famous among his villagers. Naruto's wit, deep plotline, and artfully animated ninja episodes have given it one of the most popular anime series of the last two decades. This series is popular on Netflix since it can draw the attention of those new to anime; each character's rich background and unique abilities will never leave you uninterested. 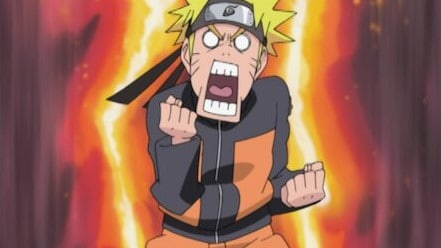 In any uncertainty, let your heroes battle it out. That's how comic artist Yoshihiro Togashi approached his series, and Yu Yu Hakusho, how he came Hunter x Hunter – with impressive results. Hunter x Hunter is the story of a young child who wants to be a hunter like his father, even after his father rejected him. It's worth noting that there are two versions of this series; Netflix offers the newer, 2011 one, which is widely regarded as the best experience. Anime fans love Hunter x Hunter for its incredible storyline and engaging characters. 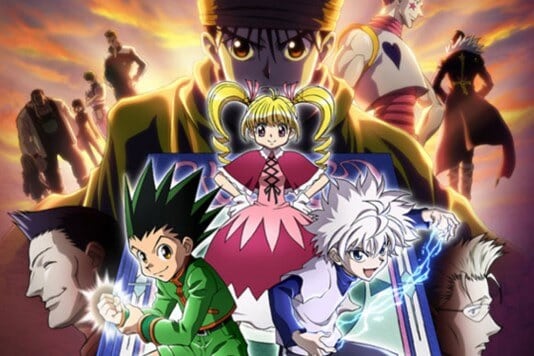 Fullmetal Alchemist is an action anime with five seasons on Netflix; it has been a source of entertainment since 2009. It's a very well-written storyline in which hopeless sickness takes the lives of two brothers' mothers. Further, they used the power of "alchemy" to revive her using forbidden information. Its voice cast and characterization have made it one of the finest anime series on Netflix. Anime fans believe that this series is enveloped in deep emotions they can relate to, making it a must-watch. Through this article, I would like to suggest if you are new to "anime-watch," start with Fullmetal Alchemist: Brotherhood. 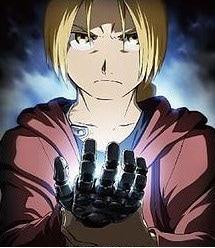 Humans are continuously in the threat of collapse, living behind high walls to avoid giant evil beings known as Titans. Besides all of the security for centuries in the boundaries of their own prison, the Titans decide to cross the walls and attack an external city. With its four defined seasons that tell a tale of shock and awe, Attack on Titan is now celebrating its success on Netflix as well. 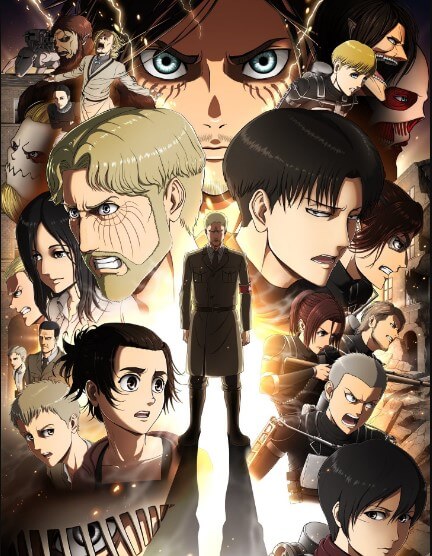 Sword Art Online, a four-season anime series, rotated around games and captured the attraction of half of the youth. Hundreds of gamers see themselves caught in a tale and realistic digital Game set in the year 2022. The story follows Kirito as he attempts to survive by becoming one of the Game's best competitors. This anime series is worthwhile of a look if you've already played an online RPG game. 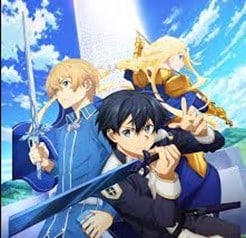 There are so few famous, or indeed fantastic, volleyball series or animated movies as Haikyu!! That makes it an excellent pack of enjoyment just because of its uniqueness. When opposing volleyball players Hinata and Kageyama are forced to compete at the same middle school. They have to put their egos aside and try to build each other's skills to achieve. At the same time, the idea sounds like an after-school special where each character's intense enthusiasm for the sport is gradually revealed throughout each episode. How they "take the team together" makes it a dramatic, mature story for the sporty fans of anime. 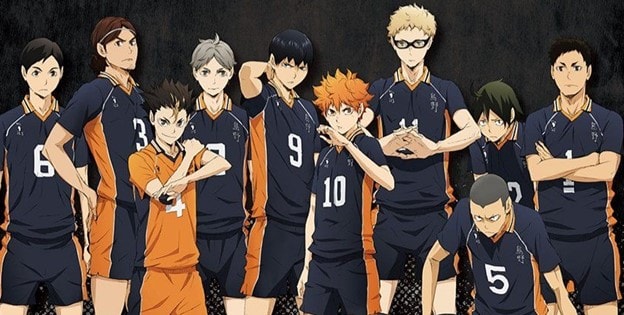 Tokyo Ghoul is a Japanese animated action and drama anime series with 12 episodes. Tokyo Ghoul is stealing the shows since 2014 with a perfect storyline and character specification. A ghoul, a humanoid person that eats raw human meat, attacks a Tokyo college student. He recovers, but as a result of his transformation into a ghoul, he becomes a dangerous criminal. This manga anime, and even live-action series, Tokyo Ghoul, is already one of Japan's most well-known series. The "good" and "bad" sides of the main character of Tokyo Ghoul are a reason behind its ever-increasing popularity among teens. 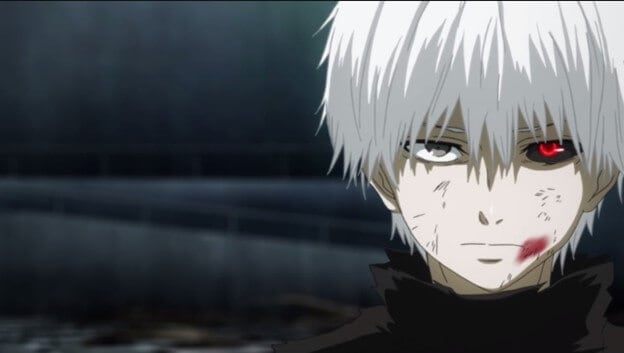 Three impeccable seasons will bring you to the other side of the world, where an intelligent schoolboy became a source of cleansing the evil from this world. A skeptical and bright high school kid gets himself in control of a magical book that has the power to destroy anyone whose names appear in the book. With such ability, he tries to purify the bad from the country. And eliminating those who have committed crimes against humanity. Later this series will reveal the entry of another solid character for ruin his efforts. If you love mind games and forethought, Death note is an excellent choice for you. 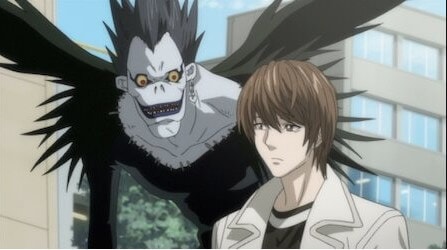 The key to One Punch Man's hilarious, action-packed seasons is the protagonist's quarter-life problem, Saitama, a hero. He can effortlessly beat any competitor but still feels unsatisfied and stray. Where would you go from there when you can defeat any monster with a single punch (a wonderfully basic idea)? This anime series recounts the adventures of Saitama, a hero who confronts terrible for the sheer joy of it. Battling can only be so much fun if you can beat any opponent with a single punch. One-Punch Man is a fascinating series that anime newcomers may appreciate from the outset, with comedy cleverly intertwined with action. One Punch Man features Earth-crushing action sequences and the operations of a group of renowned heroes and currently became a part of Netflix's screens. 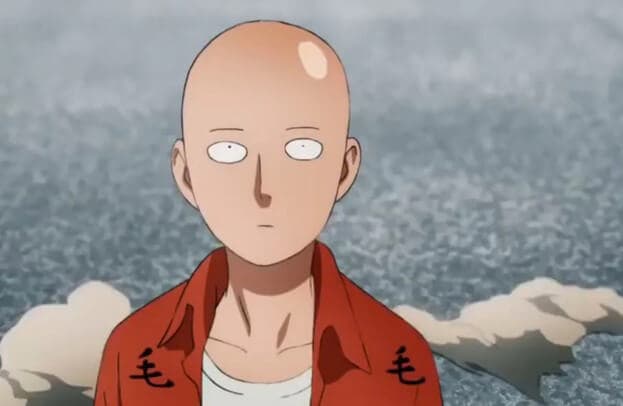 Kisibe Rohan, a self-centered comic artist and side character in JoJo's Bizarre Adventure. Stars in this Anime as a type of Nick Carraway–Esque presenter of strange and horrific self-contained tales drawn from his traveling adventures. Unlike its title, it has nothing to do with Nietzsche; its Japanese Version title translates to "Rohan Kishibe will not change," which is a fair statement. Jojo is one of the strangest and most exciting anime series on Netflix, with a natural emotional base. People often speak about the jokes or the wonderful beginnings or the "Enemy stand!" whenever they talk about JoJo's Bizarre Adventure. Still, there is so much extra to this series' popularity. 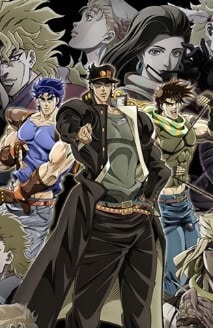 One Piece is not just one of the finest animated series on Netflix, but also one of the best shows ever made. But, if you're searching for anything fantastic with many series, this is the show for you. The plot follows Monkey D. Luffy, a decent and daring youthful pirate, searching for the mythical "One Piece" treasure. That makes it the anime to watch if you want a good experience. 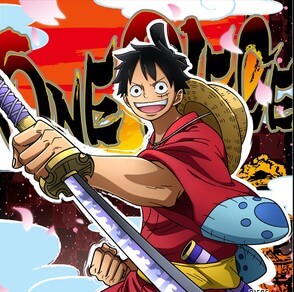 A b creature declares that he would ruin Earth in a year, yet he gives humans hope by becoming a homeroom teacher and teaching his students how to beat him. The assassination classroom is about to begin at Netflix, where you can easily enjoy all of its episodes. This fantastic dark thriller with a heartfelt storyline is our personal favorite. 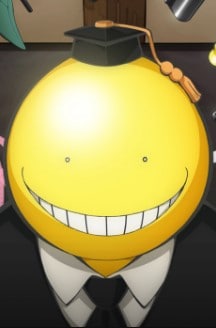 This Japanese anime series consists of 96 episodes, which is an action and adventurous anime series. This anime portrays the battle between the Seven Deadly Sins and the Holy Warriors, according to tradition. The Seven Deadly Sins were warriors operating in the Britannia region that dissolved after allegedly plotting to destroy the Lioness Kingdom. Even though the Holy Knights supposedly defeated them, rumors persisted that they were still breathing. Further, this series unfolds many mysteries, which made it among the best series on Netflix. 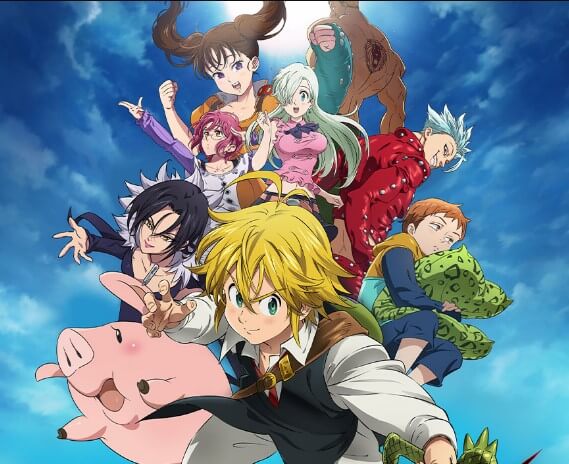 It is a Japanese crime anime series consisting of action and crime. This story illustrates the year 2029, in which Cyborgs are becoming common because of technological advancements. Human brains can also link straight to the internet. Major Motoko Kusanagi is a member of Section 9, a top-secret police unit tasked with special operations such as counter-terrorism and cybercriminals. Netflix is now screening Ghost in the Shell, which youth love for its action-oriented storyline and philosophical scenes relating humans to computers. 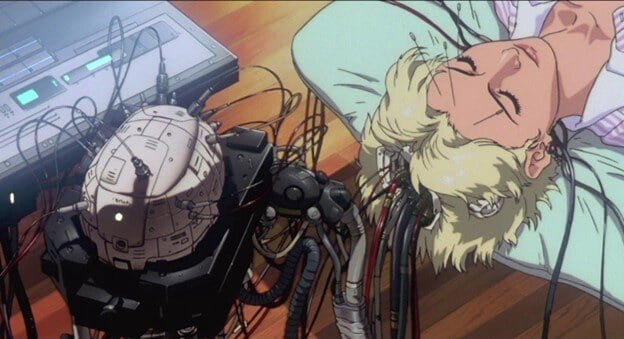 You might get Lelouch vi Britannia if you have ever hit into Game of Thrones, Littlefinger, and The Crow's Eric Draven: an unforgettably great governmental manipulator with mind-control skills on a journey of revenge against his family, which controls the globe. Code Geass has Sci-Fi fighting, disloyal bureaucrats, teenage humor, and a future in which colonialism and class structures hold the populous in check. This Sci-Fi thriller drama has 54 episodes, and you will enjoy this anime if you can connect with a comic character and are intelligent enough to understand the story arc, which might be hard at times. 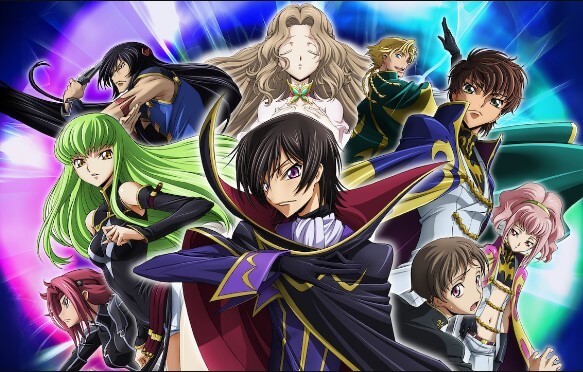 Is Netflix good for Anime?

Once a week, Netflix seems to introduce a new Japanese animation to its vast catalog of content. This appears to be, of course, due to the prominence and quality of the anime series. The network has reportedly put a lot of money into this area of its programming, creating original series and films and acquiring big-ticket licensing deals for world-famous series like Neon Genesis Evangelion, Cardcaptor Sakura, Saint Seiya, and others.

Due to these options, choosing series to watch from Netflix for beginners to know where to begin is easier. Netflix helps this matter by showing its whole library into the "Anime" genre, with ratings that can be quite helpful for beginners. Like real-time TV and films, anime covers a wide range of genres and subgenres and appeals to a diverse range of ethnicities and interests. Anime is unique from animation and artistry worldwide, but it's always been an element of a constructive feedback cycle of cultural impact. Much of the Anime series on Netflix and other streaming services have been inspired or impacted by television globally. Netflix has emerging immensely today, and the prominent reason is anime. So no wonder, Netflix is a good choice for anime series.