The market is swamped with special camera equipment. Many brands will claim to have perfect white balance, have the best zoom features, or be the most stable of all other video cameras. As a new film student or new hobbyist in film, it’s hard to know where to turn. As a beginner, you may get confused of choosing the best entry-level digital camera.

So what are these miraculous cameras? Let’s find out what the best starter film camera is for you. 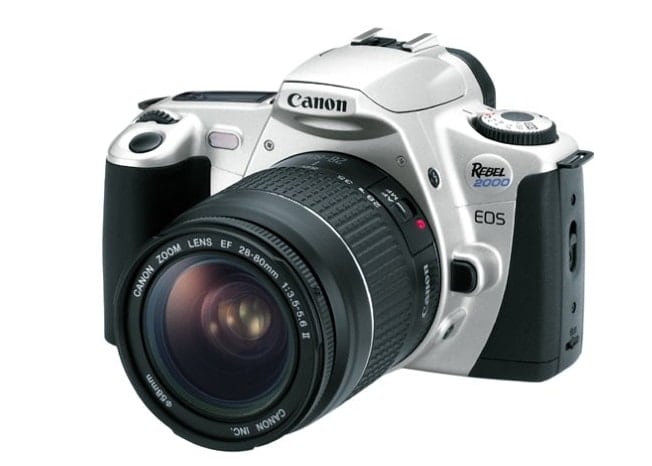 The Canon EOS Rebel 2000 is a 35mm film that makes one of the best film cameras for beginners. It comes with autofocus but full manual controls, should you need it. This touch lets you learn both ways should you want to. It’s also good for those who have a basic film camera knowledge, but that want to advance it.

The Canon is arguably the best 35mm film camera for beginners because it also has a built-in 35-zone exposure system. This leads to less correction of your shot. As a bonus, it comes with 11 shooting modes, 7 stages of autofocus, and high-speed sync modes for faster uploading. All for such a great price, too.

Pros of the Canon Rebel:

Cons of the Canon Rebel: 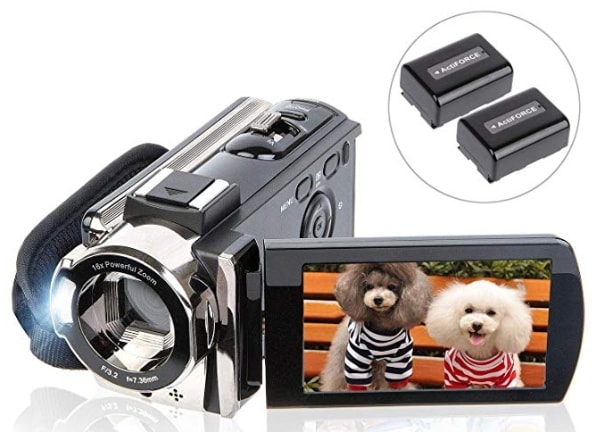 This multifunctional camcorder is more like the handheld film cameras you will have grown up using, or seeing on TV. This is a great point and shoot film camera for beginners since it has easy controls that you will be familiar with from working a TV remote control. It has a fold-out screen which you can rotate towards either yourself or whatever you are filming. You can even use it flipped to record back on yourself – like a selfie!

It’s great for vlogging because it lets you watch yourself. It also incorporates a webcam function, meaning it can upload and live stream on YouTube at once. You can use this as a PC camera by connecting it to your laptop, where you enjoy USB 2.0 connection speeds. If you are a vlogger this is one of the best starter film cameras you can use to transition from your phone. 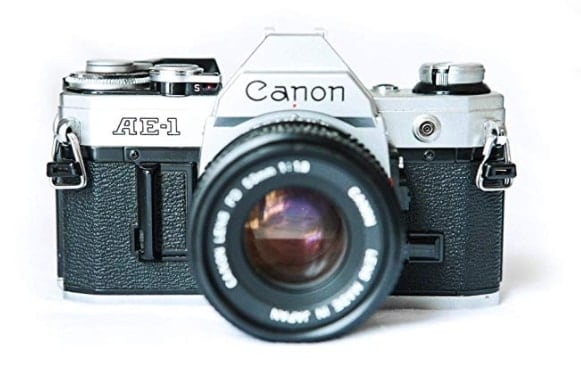 The Canon AE is our next nomination for the best 35mm film camera for beginners' award. This is a Single Lens Reflex camera with auto-exposure monitoring and focal plane shuttering for precision filming. All lenses are compatible with anything in the Canon FD series, it also features coupling to that particular device, so it makes a great companion camera for stills.

It comes with Canon Breech Lock mount and compatibility with Canon FL and R lenses. The camera uses a pentaprism fixed viewer for more than 90% accuracy and reflection of what the picture captures, which is high for any camera. As a bonus feature, it has a stopped-down meter needle and aperture scale for the viewing info. It’s the top class.

Pros of the Canon AE

Cons of the Canon AE 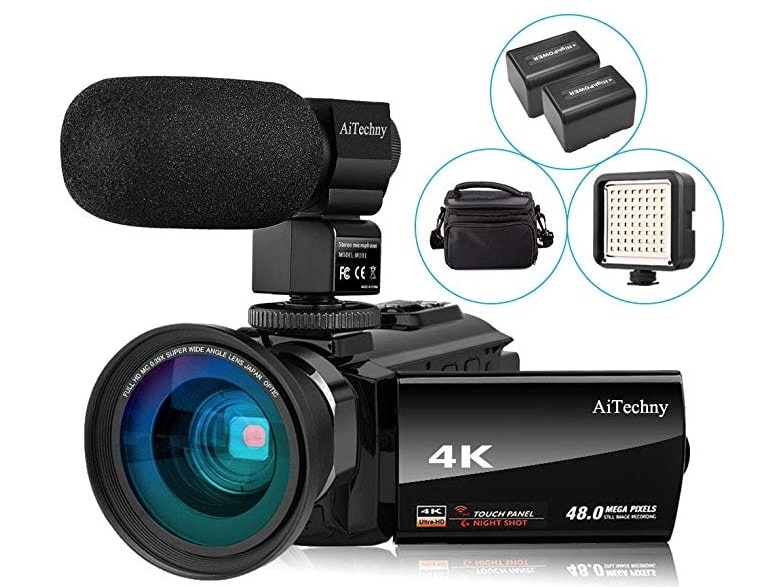 The 4K Camcorder is fourth on our list of the best point and shoot film cameras for beginners. This one might be the best starter film camera because it behaves like an on-set camera. It’s not a handheld as you know it. If you want to record straight to the web for your vlog but are scared of the microphone quality on the YouTube camcorder.

The 4K is one of the best start film cameras because it comes with 48MP clarity. The camera digitally connects to Wi-Fi, uses a wide-angle lens, and even includes Night Vision. This feature doesn’t come as standard. The camera uses an IPS touch screen, comes with X-Y stereo pickup technology, and also has its sound boom.

You may also like: How To Use Jump Cuts in Your Vlog 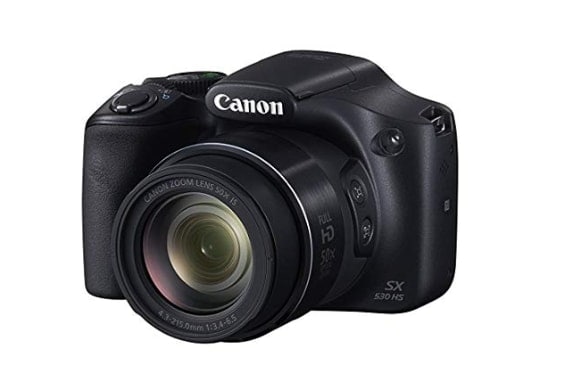 The Power Shot has optical zoom up to 50x, making it one of the best 35mm cameras for beginners on our list. It comes with built-in Wi-Fi connectivity and full compatibility with the Canon lenses and recharging stations as you might expect.

The Power shot has 16.0 megapixels, a high sensitivity sensor, and full HD capacity. It gives very smooth film footage, which is a big plus in the pro-industry and will help any learner improve.

Pros of the PowerShot SX530

Cons of the PowerShot SX530 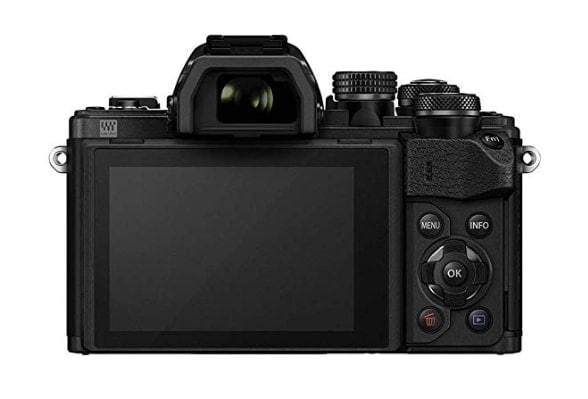 The Olympus has a 5 axis stability system for the best in steady photograph – perfect for the birdwatcher using a digiscope. It comes with a fast-touch autofocus, a high-speed AF imaging system, a 40-150mm lens and 2.3 million dot OLED viewfinder with 0.62 magnification.

Pros of the Olympus OM-D

Cons of the Olympus OM-D 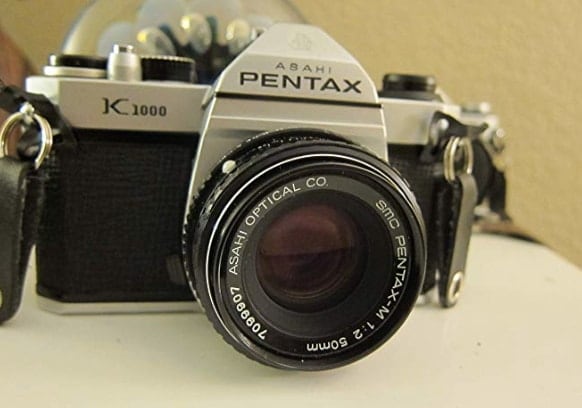 The Pentax is one of the best film cameras for beginners. It uses 35mm film to produce high res photos in K1000 SLR functionality. It is easiest to use off our list, coming with simple controls for shutter speed, aperture, and focus. The Pentax is a simple camera that focuses on picture clarity over features – but the pictures it takes are breath-taking. 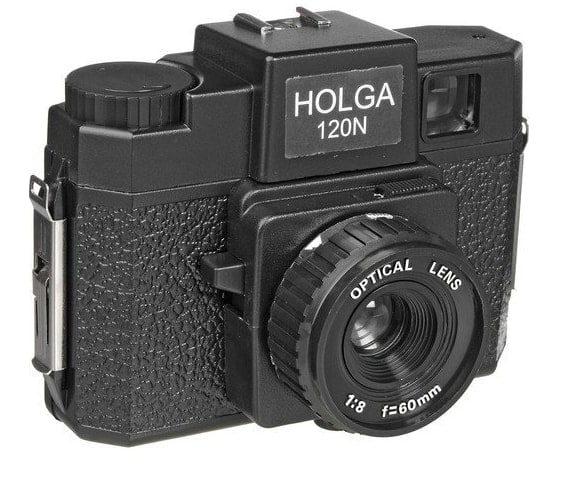 The Holga is the super affordable version of the best 35mm film camera for beginners. It comes with two film masks, two shutter speeds, a Sunny and shaded aperture, a hot shoe adaptor, and a tripod mount for extra stability. It also comes with a lens cap – so don’t forget to take it off before you shoot!

A) The Kodak PixPro Astro Digital Camera is the best of the best. It comes at a great price point for every feature you can think of. It’s a beautiful model that features 16 megapixels and 25 x Optical zoom, among other awesome aspects. The best 35mm camera for beginners. 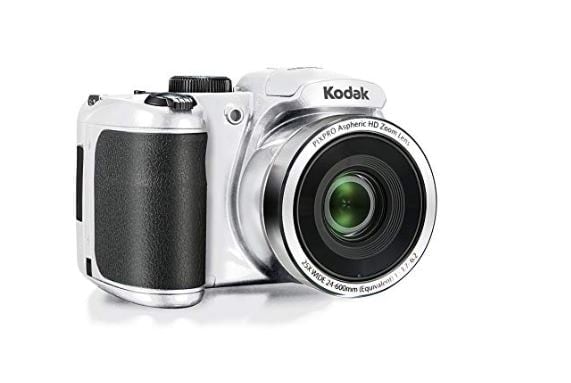 2. Q) What is the best cheap film camera?

A) The best starter film camera for beginners (in our opinion) is the Canon FT B FTb QL 35mm Camera. It is compatible with all of your Canon accessories and has the maximum allowed aperture TTL metering. On top of this, it is a great price that has match-needle exposure adjustments so you can control every aspect of your picture. It even supports stop-down TTL metering for FL lenses, as well as being compatible with other kinds of lens. We can’t recommend it highly enough. 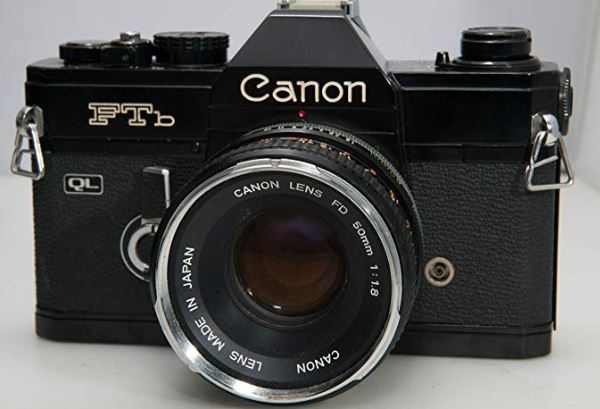 If you have followed our guide, then you should easily find the best point and shoot film camera for beginners. If not? It may be that 35mm film is the one for you. In either case, you could do a lot worse than to take our advice. The perfect piece of footage is only a short shopping trip away!

Thank you for your comment. We will review it within few days.
You May Also Like
Best Cameras for Stop Motion Photography

Here are some of the best cameras for stop motion photography for both amateur and professional photographers.

Here is a review of the best security camera software, and every single one has a free option. Technique questions are answered as well.

In this article, we are going to take a look closer look at some of the best 8k cameras you can find on the market in 2022 and see what they have to offer.