Download on the App Store
Get it on Google Play
Download
Download
Call us: +1-60-4343-8521
Mon-Fri 6:00 PM to 11:00 AM Pacific Time
International phone rates may be charged by your service provider
Filmora Video Editor
The best game recorder for you to capture and edit popular gameplay.
Try It Free Try It Free

Discord Vs. Skype: Which One is Better For You?

What would be a catchy but concise way to describe Discord? A modern voice and text communication app that's free.

It's also wildly popular with gamers, secure with DDoS protection, and compatible with desktops as well as mobiles.

And what if you had to describe Skype in a similar manner? An all-in-one app for voice calls, messaging, video conferencing, and file transfer that allows you to connect with others no matter where you are.

Employees need to rely on VoIP apps like Skype and Discord to maintain communication with their colleagues and clients.

You might be wondering which is the better option among the two? Is Skype better than Discord, given that it's more popular and been around for longer?

Or is Discord more secure than Skype? Both these apps have different backgrounds and target different audiences. While Discord is more popular with gamers, Skype is readily used in offices.

Yet, at the same time, both offer similar sets of features that most users require from VoIP apps. So, let's get into discussing which VoIP app is better: Skype or Discord?

Which Platform Is Better: Discord or Skype?

Our criteria will consider some aspects that are important when discussing communication platforms.

Both Skype and Discord can be classified as VoIP apps because of their similar functionalities. However, there are also many differences in their features and who they cater to.

But when considering privacy, both apps seemed to be lacking.

Unfortunately, there have been reports of data breaches from both apps, with users complaining of having their locations and personal data compromised and leaked.

Neither of these apps promises complete privacy, and our recommendation would be to use them in combination with a reliable VPN service.

On the other hand, Skype was rated poorly for its security but has recently upgraded its measures, hiding user's IP addresses.

Discord differs from Skype in its audio-transmission methods and data usage. Skype works much like a phone connection, transmitting audio data continuously, like a phone call. In contrast, Discord only sends audio data when a user speaks during a call.

Both apps differ in their recommended bandwidth, with Skype having an extensive bandwidth of 100 kbps for voice calls and Discord with only 64 kbps in comparison.

For this reason, we would rank Skype higher than Discord for sound quality and audio transmission.

When comparing the two for group calls, Skype trumps Discord as the better and more widely popular option.

With Skype, users can make group audio and video calls, with as many as 25 people at the same time. On the other hand, Discord limits the number of users who can join a group call to just 10.

Also, Skype allows users to make calls on other phone numbers, including landlines, while Discord only limits calls to other Discord users.

Overall, Skype comes through as a much better choice for group calling.

In this age of remote working, the need for screen-sharing has increased drastically to enhance professional collaboration.

In this regard, both Discord and Skype offer a decent screen-sharing experience.

With Skype, users can share their screens even during audio calls, and it is relatively easy to do so, requiring only a single click to start screen-sharing. Plus, it allows users to take a simple screenshot as well.

In comparison, Discord offers screen-sharing options that are more customizable and thorough, with more features for users to benefit from, such as fragmented sharing for people who don't want to share their full screen.

When comparing the two, Discord offers more customization, while Skype offers simple features but is more dependable and convenient. Therefore, Discord edges Skype out by a slight margin for its customizable features.

Skype has a definitive advantage over Discord in this department, as there is no in-built audio or video recording feature or option in Discord.

Users cannot record calls on Discord, while Skype does grant a call recording option for both video and audio calls.

It must be noted that the call recording feature in Skype is a recent addition, after frequent customer complaints about the lack of any call recording option.

It is also relatively simple to do so on Skype; click on the "+" icon and tap on "Start Recording." This procedure works for both the desktop and mobile versions of Skype.

However, Discord users do not need to despair, as there is a way out for their call recording woes:

They can record calls by installing third-party apps; however, there have been controversies regarding data breaches through third-party apps, so we'd advise treading with caution.

Both Discord and Skype allow their users to share multiple files with unlimited users; however, they seem to differ in the file volume that can be shared.

For Skype users, this limit is restricted to files up to 300MB. If the file volume exceeds this limit, the users will be redirected to OneDrive to share with as many users as they want.

Compared to Skype, Discord's file volume limit varies, depending on free users and Nitro users. The file limit for free users is a rather mediocre 8MB, while Nitro users have an ample limit of 50MB.

The monthly subscription for Nitro costs $4.99, so if you're looking for free options, Skype takes the win here.

When considered objectively, the Discord free version is somewhat limiting, and users will need to move onto Discord Nitro if they wish to post pictures or videos.

However, Discord does offer its users external cloud storage platforms. These storage platforms require bots to create shortcuts when exceeding the sharing limit and can be rather tedious. Overall, Skype seems to take the lead in file sharing.

Both Skype and Discord have different interfaces, with Skype following a minimalistic layout and interface from its inception.

Since then, it has incorporated new updates and additions to account for new features that boost the user experience. 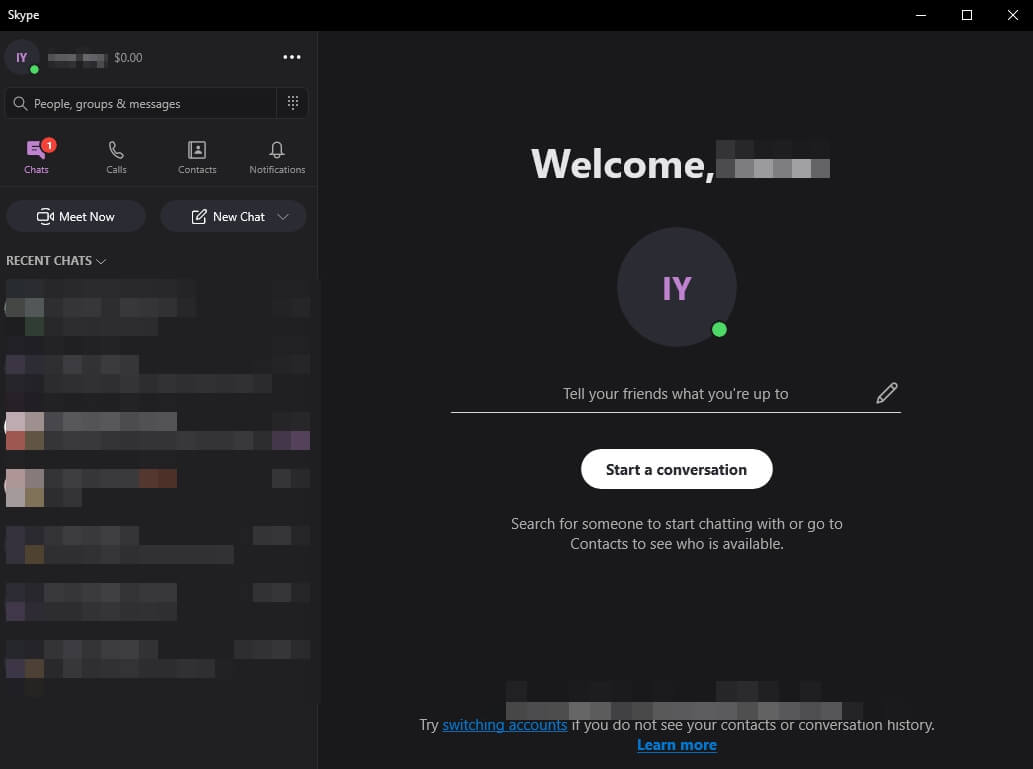 Skype has traditionally been considered a business tool, ideal for making landline and international calls, with perfect compatibility with most business apps.

On the other hand, Discord is not as easy to use as Skype because of its more complex layout.

Discord, unlike Skype, is much more than a VoIP app. The gaming community relies on it to stream gaming sessions; online fan clubs also use it to share content among their communities.

Instead of just an app used to make calls, Discords presents itself as a forum for peers to hang out online. 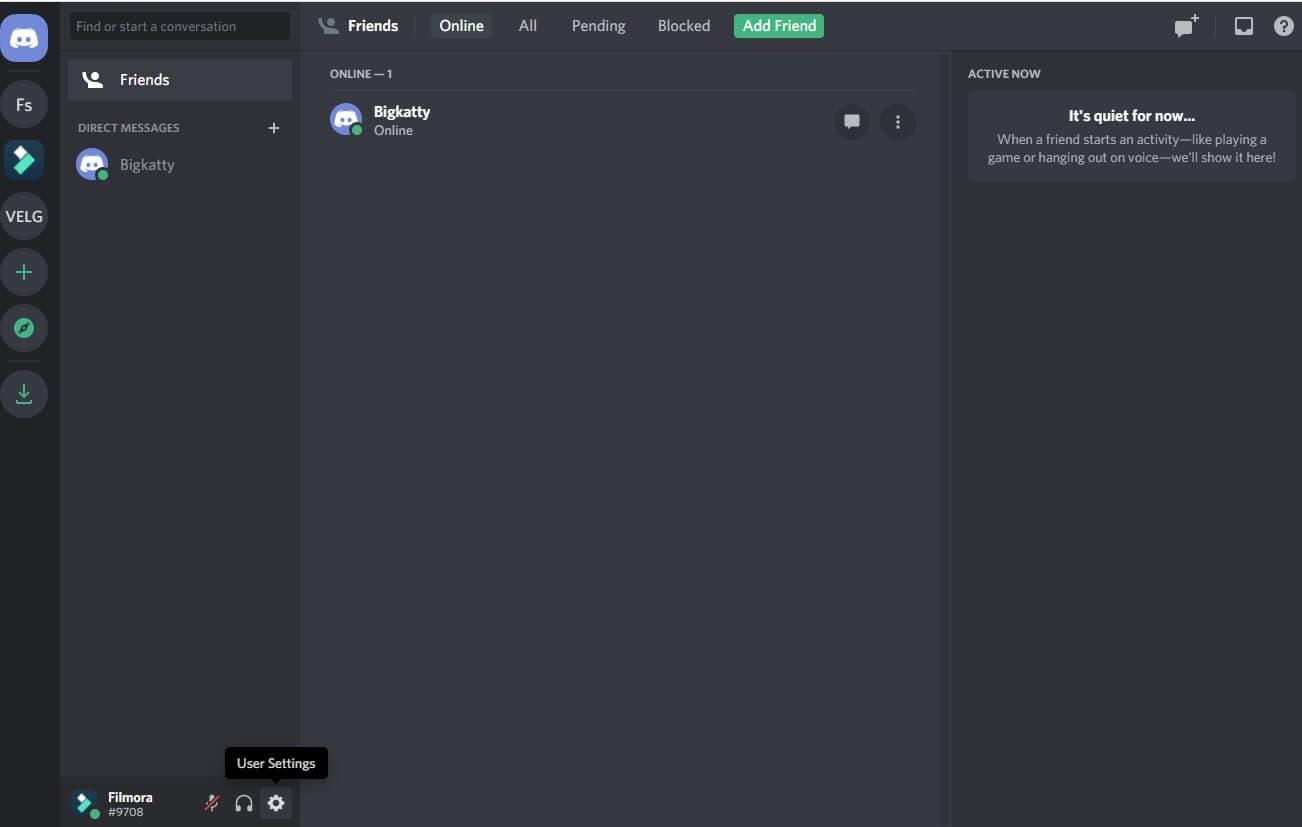 Additionally, due to its tilt towards the gaming community, Discord includes a unique feature, where each time a user makes a call, they are assigned a server. Other users can join this server without the original users having to leave their game.

This way, gamers can display their gaming skills to others in real-time. These calls are called drop-in calls and require no invites, meaning you can chat with anyone without them being your friend inside a server.

Due to its enhanced useability, Discord wins this category!

In this regard, Discord wins over Skype with a considerable lead. Discord allows users to sync with Facebook, Skype, Twitter, Steam, and many other apps, making it easy to find friends and families and connect with them.

It even allows you to check what music your friends are listening to on Spotify!

In contrast, Skype is considerably limited as it only syncs with Facebook. However, its value lies in its compatibility with business apps, notably Docs, Excel, and Powerpoint, as well as polls and whiteboard.

Recently, you will find Skype Business to be included in the Office 365 Suite, costing $8.99 as a whole.

Skype Vs. Discord: Which One Should You Choose?

These apps deliver much of the essential features that users expect from top VoIP apps, yet they cater to different sets of users.

While Skype allows you to make mobile and landline calls by buying credit online, Discord limits itself to only app-to-app communications.

Skype also offers bots that can be found using the search option. These bots include games and music bots, but compared to Discord, they're somewhat limited.

Discord's bots keep in spirit with its gaming audience and include a diverse range of features, including some that allow you to play games, play music or create memes.

In contrast, Skype is considerably business-oriented, allowing you to host large meetings with 250 participants.

All in all, both of these apps offer unique features for their intended audiences.  How useful you find each app depends on the category you belong to.

If you're a gamer who likes to connect with other gamers or stream videos, Discord is the choice for you. However, if you are a business professional looking to host video conferences, Skype is the better option.

In case that you want to record the desktop screen and the audio simultaneously, you should try Wondershare Filmora, which provides both the recording and editing tools.

Thank you for your comment. We will review it within few days.
You May Also Like
How to Put Emojis in Discord Status?

Animated logos engage users than normal logos and give a strong first impression. We start with the article with examples like the instagram animated logo and other social media, then give 5 ways to optimize logo animation.

Discord GIFs: How to Put GIFs on Discord - An Ultimate Guide

One of the easiest ways to create a discord gif is by picking the right GIF Maker tool for you. Find detailed information of gifs for discord with the below article.