Download on the App Store
Get it on Google Play
Download
Download
Call us: +1-60-4343-8521
Mon-Fri 6:00 PM to 11:00 AM Pacific Time
International phone rates may be charged by your service provider
Filmora Screen Recorder
Smoothly and conveniently capture all kinds of game videos without missing frame.
Try It Free Try It Free

Do you want to be the next president of the United States? Politics is considered an art of influencing individuals and mass to gain their attention and vote. Being a politician requires leadership skills, communication skills, persuasive skills, and several others. It is tough to be a politician. If you want to try your luck for the seat of president in the US, then you can do that with Election simulation games. In this world, where everything is available in hands, it has become easy to experience everything without leaving your home premises. Several election simulation games will allow you to participate in the election for the president's seat by initiating your election campaigns, addressing the major issues of the masses, raising funds, and many more activities to increase your chances of being president of US. This article will list down Top 5 election simulation games selected out of hundreds of games to provide you with the best games for the best experience.

The Political Machine is a game that has been in the market for a long time. It has been providing its users with the latest & updated material since its launch. It was launched in 2004 and has covered all elections. Now its latest version is its fifth entry with new characters and material. This game contains real-life politicians such as Donald Trump, Joe Biden, Bernie Sanders, and more. It also allows you to create your unique character. This game will enable you to travel throughout the country to gain votes. To increase your popularity, it is important to set up election campaigns, hiring a team, and spending ideology points to build your party. Almost all of the previous versions of the games predicted the winners correctly, except in some cases. 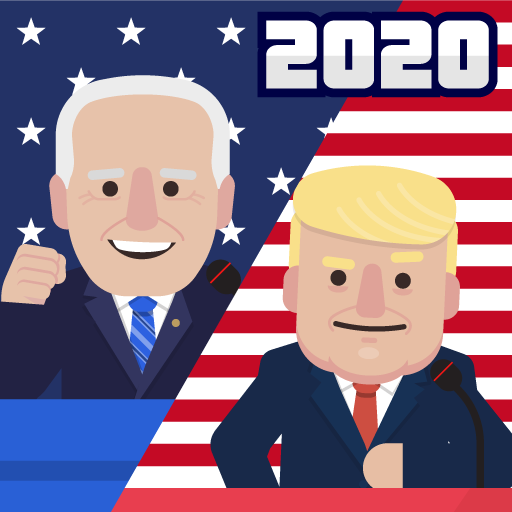 Do you want to start your journey in the presidential election? This election simulation game has gained a lot of attention in the mobile gaming community. This game provides you three days to grab the attention of the audience and win them. Throughout these three days, you have to gain supporters, get your money, and get your votes. Hey! Mr. President allows you to choose any of the real-life candidates. You can create your election campaigns by using various cards given to you in order to gain more supporters and votes. This game has become very famous among Android users. But the only thing that makes it worst is the number of ads. It shows a large number of ads to its players which makes it frustrating sometimes. The game also allows its users to purchase packages that will provide them with unlimited rounds. 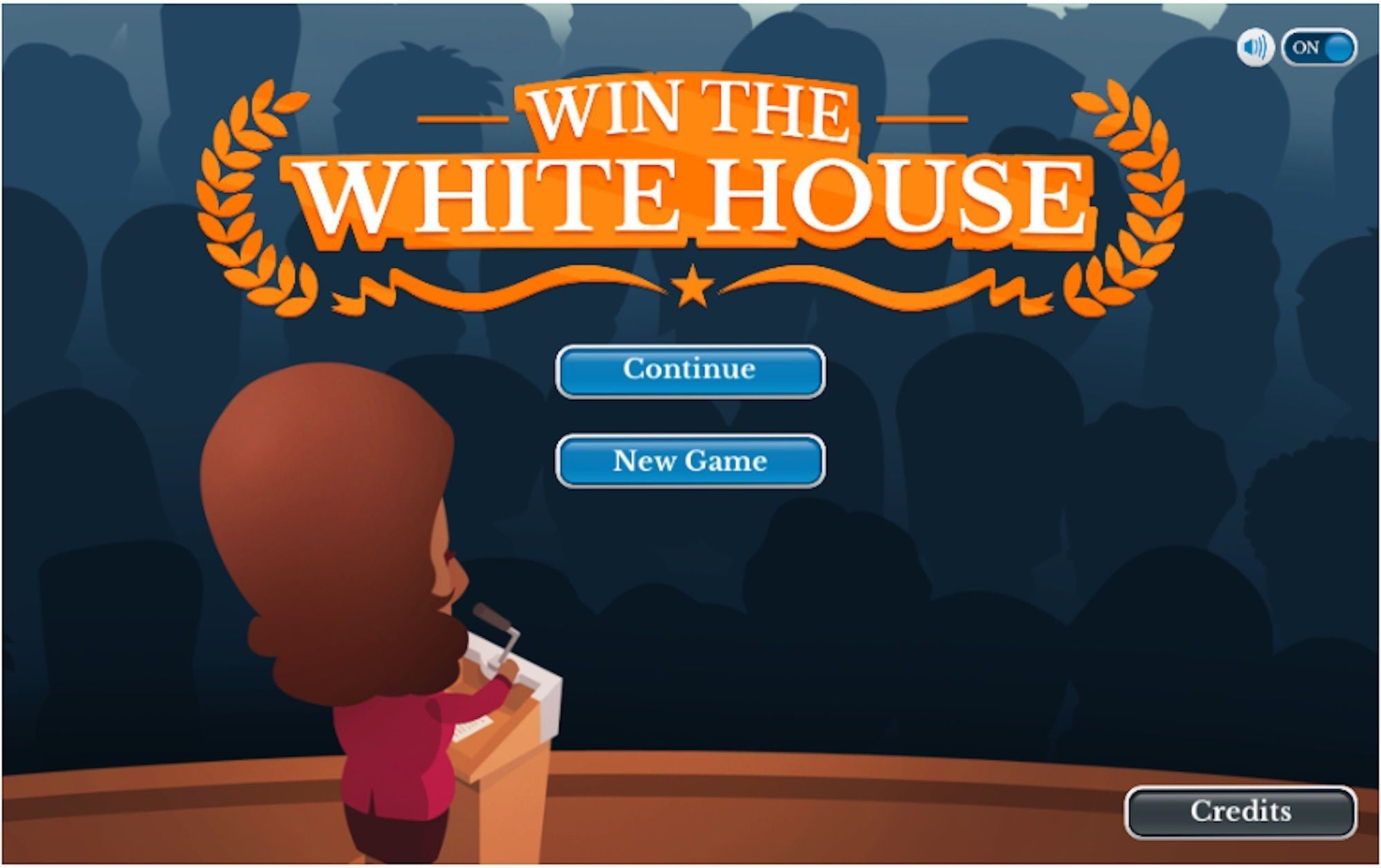 This election simulation game is developed by icivics has been played more than 6 million times. It was started during the 2016 elections and now it has been updated for the 2020 election. Win the White House is among the seven games that were cited for excellence in 2020 by International Serious Play Awards Program. This game allows its users to create their own characters and debate with other candidates in order to win the battle of the presidential election. It also allows you to choose a political platform. It enables the players to understand and utilize everything from polls, campaigns, and fundraising strategies. ICIVICS provides students learn about the election and everything it contains. 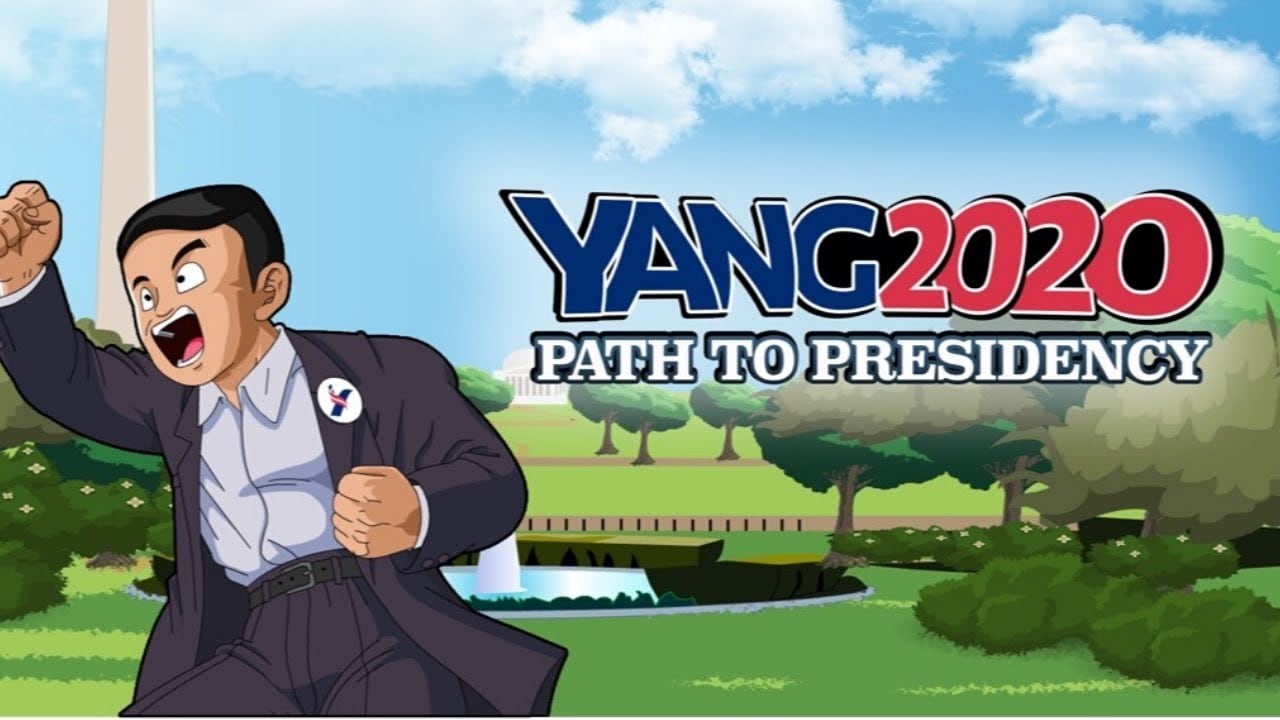 Andrew Yang is a democrat that has participated in the elections of 2020 and he has become the main character of this game. This election simulation game allows you to battle your way toward the presidency. This game is inspired by Street Fighter and Dragon Ball Z with all the real-life characters to choose from. Each politician has a special and unique move to fight against other politicians. For example, Donald Trump has been given the line "Videogames cause violence and so do I". This game contains three battle modes as Player vs Player, Player vs CPU, and CPU vs CPU. Apart from fights and battles, this game also has a story mode just like all other election simulators. This game has gained a lot of positive reviews and provides its users with an amazing experience and adventure.

There are several types of election simulation games. Some require analytical and critical thinking skills, some require creative thinking, and others are based on fun and adventure. Pigeon POOlitics is a fun game based on humor and focuses on the ridiculous side of elections. This game enables you to control a group of pigeons and poop over any candidate you want. Sounds interesting, right! Pooping on the opposite party member can turn them into your chosen political party member. As you proceed in the game, you visit a new state with new characters and different people with each new level. In each state, poops works differently on people. People can also through things at you in order to avoid your poop. If you want to survive, you have to defend yourself from such things. Pigeons are not alone in their mission. Several other birds can join them such as Sparrows and Owls. Apart from fun and adventure, Pigeon POOlitics also provides its players with unbiased and useful information in order to help them decide on the reforms correctly.

All the above election simulation games are from different categories and provide users with a unique experience and adventure of the election. Some of them are only for fun and adventure, while others will help players learn everything about politics, pools, campaigns, fundraising, and more. Depending upon your choice and preference, you can play any of the above simulation games. I bet none of these games will disappoint you.

Thank you for your comment. We will review it within few days.
You May Also Like
Top 5 Time-Lapse Screen Recorder

This article consists of 5 Best Time-Lapse Screen Recorders that you need to put to use in 2022. This list involves tools like Bandicam, Filmora, Debut Video Capture, Camstudio, and more. Check out now!

Dos and Don'ts in Night Portraits

Are you facing challenges in capturing beautiful night portraits? Are you looking for some professional tricks, tips, and dos and don'ts that can offer the desired result? You have arrived at the right place.

This article discusses the Best slow-motion camera phone and how to Shoot and edit Slow Motion Video on iPhone. Also, it discusses what is slow motion and the slow-motion video feature. Check now!