The community of Roblox creators is an impressive lot. Able to come up with some truly magnificent and addicting games, it’s no surprise that they’ve come up with a lot of different FPS games. From clones of popular games to entirely unique experiences, the collection of FPS offerings you can find on Roblox is truly robust. Below we’ve assembled the 12 best Roblox FPS games that you should be playing in 2021. 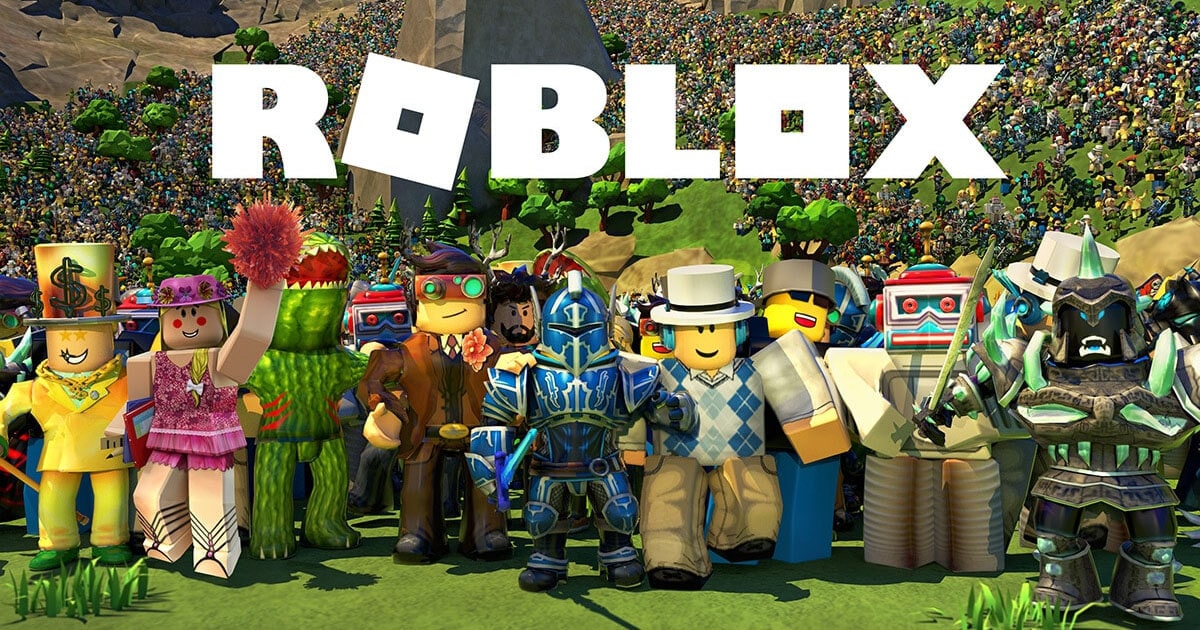 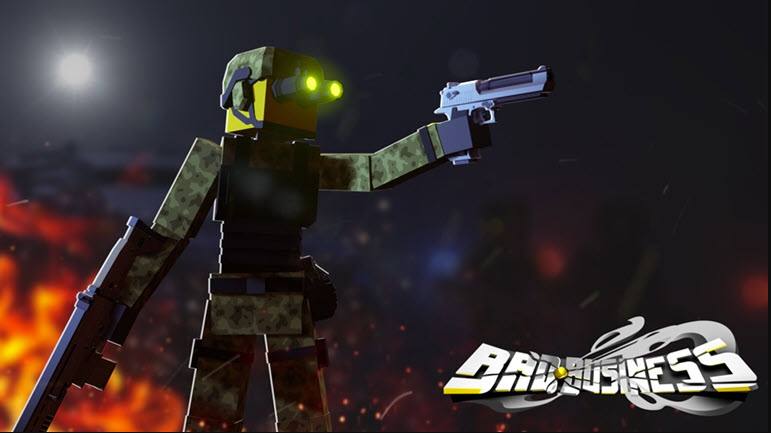 If you’re looking for a polished and well-designed FPS, then Bad Business is your game. With its deep character customization system and gameplay, you’ll forget that this team-based FPS was developed in Roblox. Just don’t get too carried away by all the XP you’ll rack up from kills. 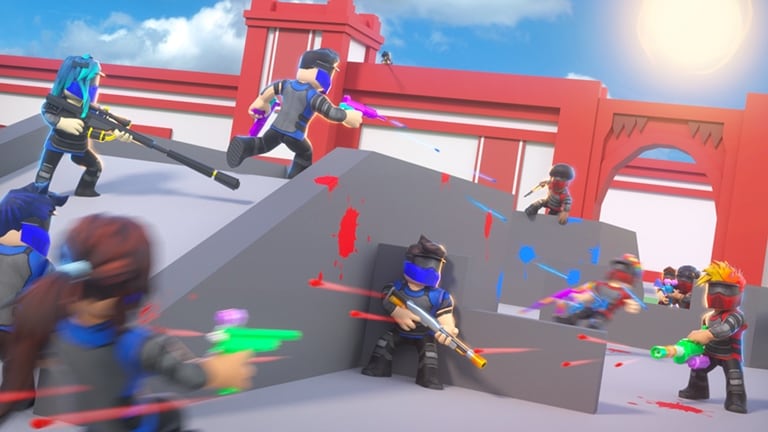 Another highly detailed FPS offering in Roblox, Big Paintball, is a near-faithful recreation of the classic outdoor sport. This colorful and chill game can be enjoyed with both friends and strangers. The bright colors give it a relaxed vibe that’ll have you focusing more on enjoyment rather than l33t skills. 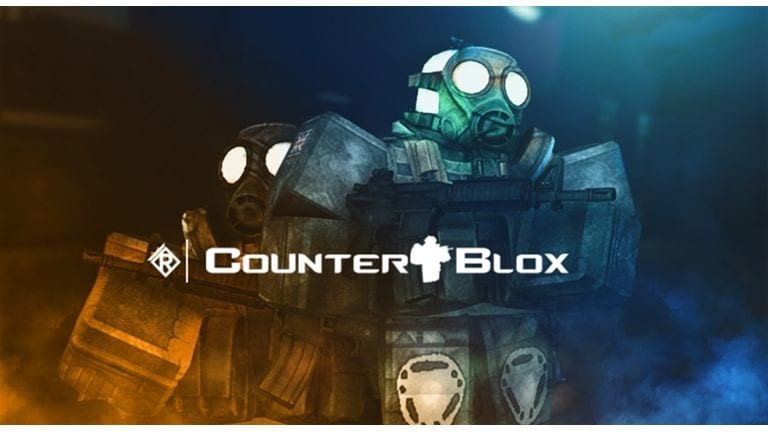 Ever wondered what CS: GO would be like if it were made in Roblox? It turns out it’s pretty much the same. Counter-Blox rocks the same weapons and most popular bomb-defusing and hostage rescue maps from the popular esport that inspired it. If you like showing off your aim skills, then look no further. 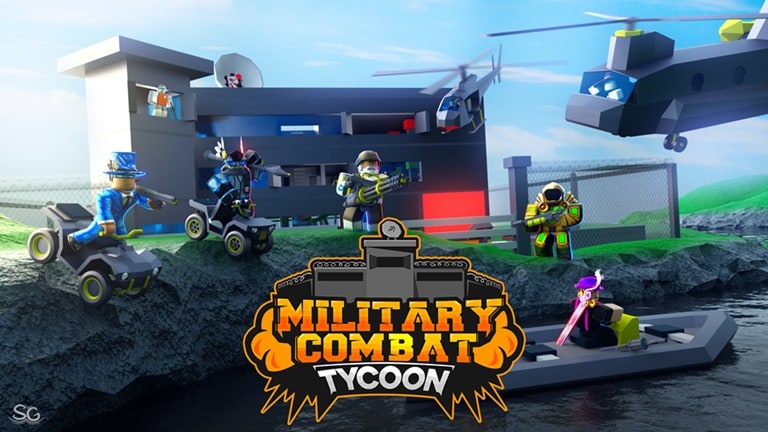 This isn’t your ordinary FPS game. In Military Combat Tycoon, you’re going to have to do a lot more than just kill to win. You aim to build the biggest base and overwhelm your opponents with your massive fleet of awesome military vehicles. 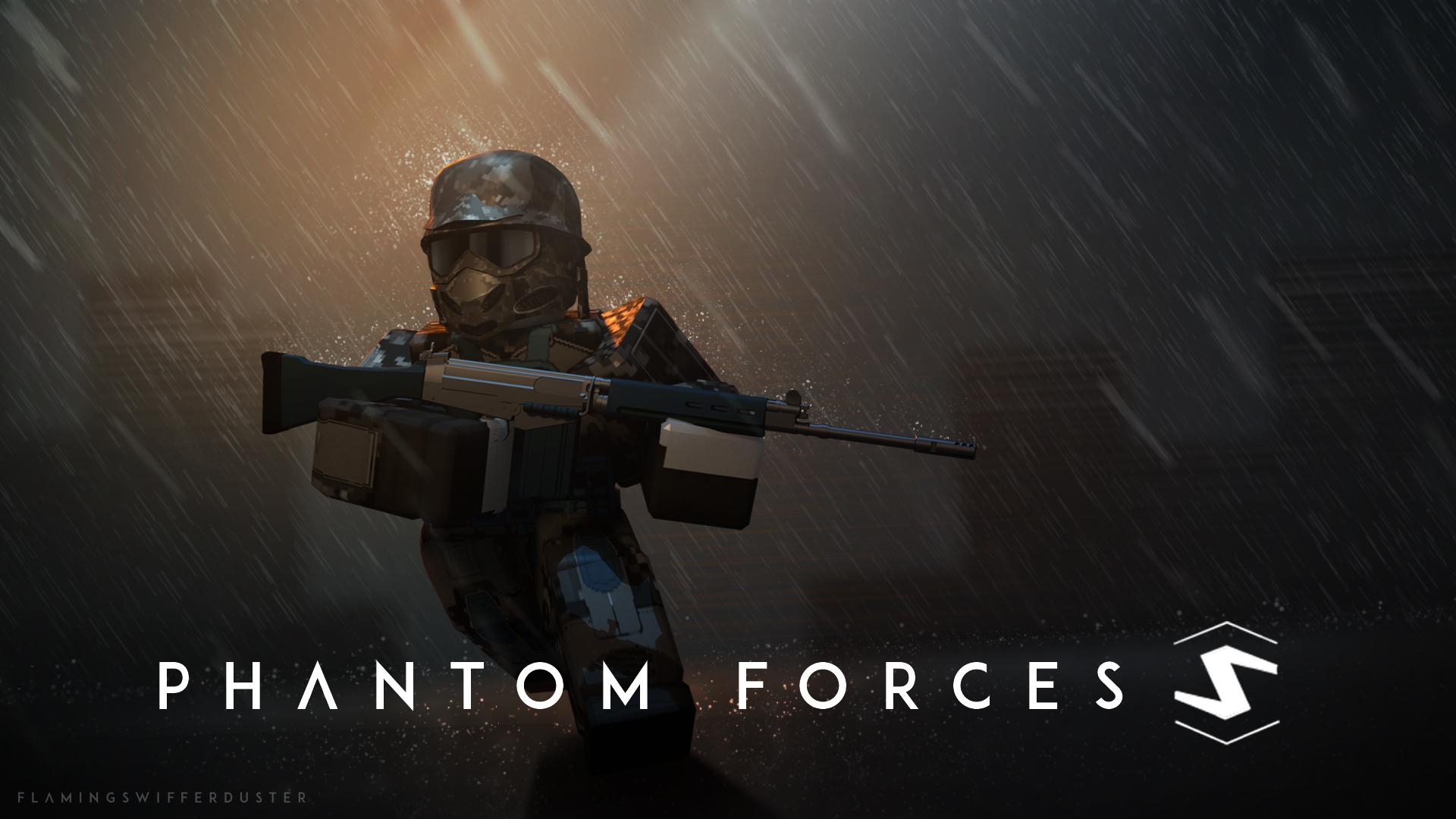 Phantom Forces is one of the most well-known Roblox FPS games, so you’re bound to find lots of players to play with at any given time. It’s got an insanely large number of guns that allows you to create a ridiculous amount of loadouts. On top of that, you can choose a character with a skill set that fits your playstyle. 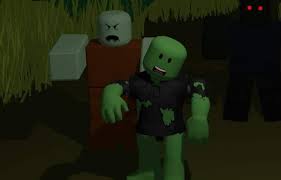 It’s horde mode in Roblox. Zombie Uprising is all about teaming up with up to 4 buddies to take on the undead. The more zombie waves you clear, the tougher the hordes get. Defeat enough of them and you’ll face off against crazy tough bosses that’ll really get your heart going. 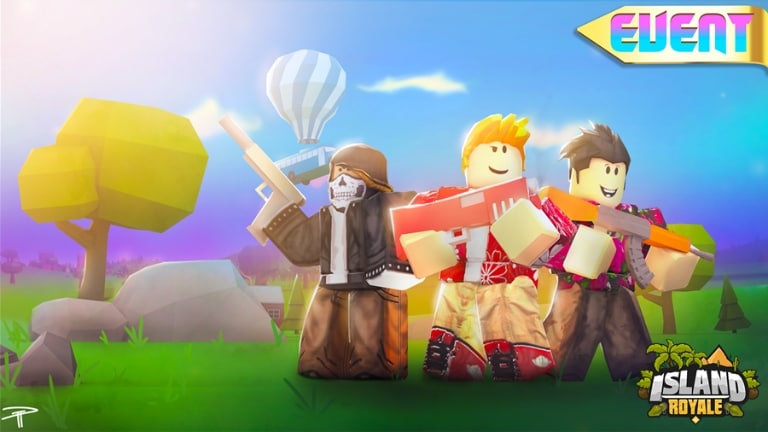 Almost everything has been recreated in Roblox and that includes Fortnite. RBB! Island Royale is almost identical to its source of inspiration as it includes the same open-map scavenging for weapons gameplay as well as similar build mechanics. 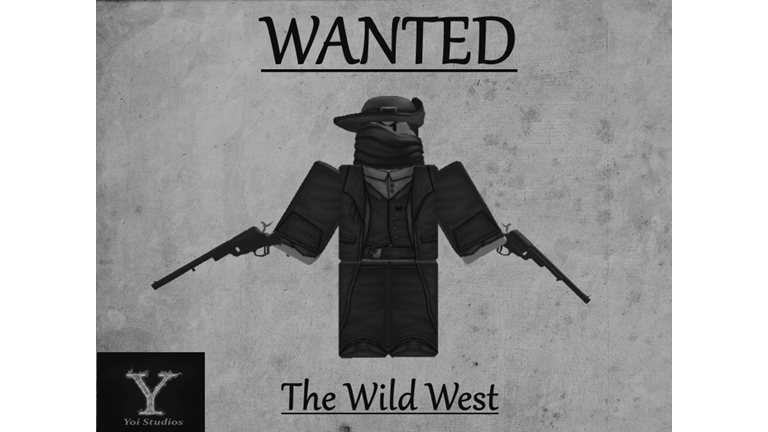 In the mood for something more open-world? Then The Wild West is for you. Saddle up as a cowboy and choose the path you want to walk. Whether you want to live as a bandit or stay on the side of justice, this impressive Roblox game gives you plenty of choices for how you want to play. 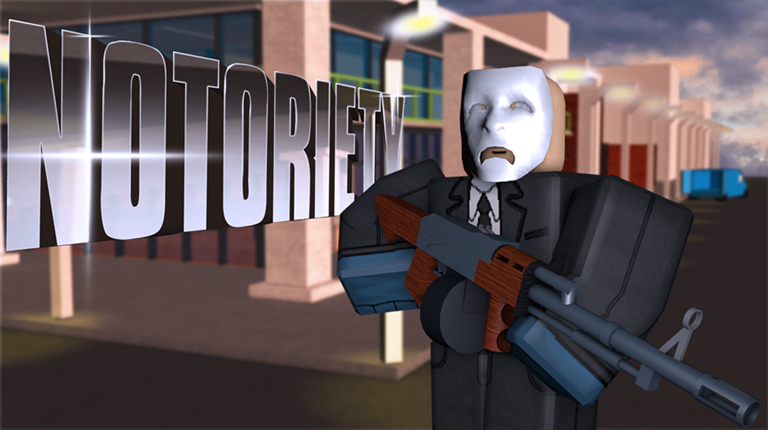 Combining gameplay similar to Payday 2 and horde mode-type games, Notoriety will have you living a life of crime. In this heist-style Roblox FPS, you’ll take on missions where your goal is to steal as much money as possible while pulling off impressive covert operations. 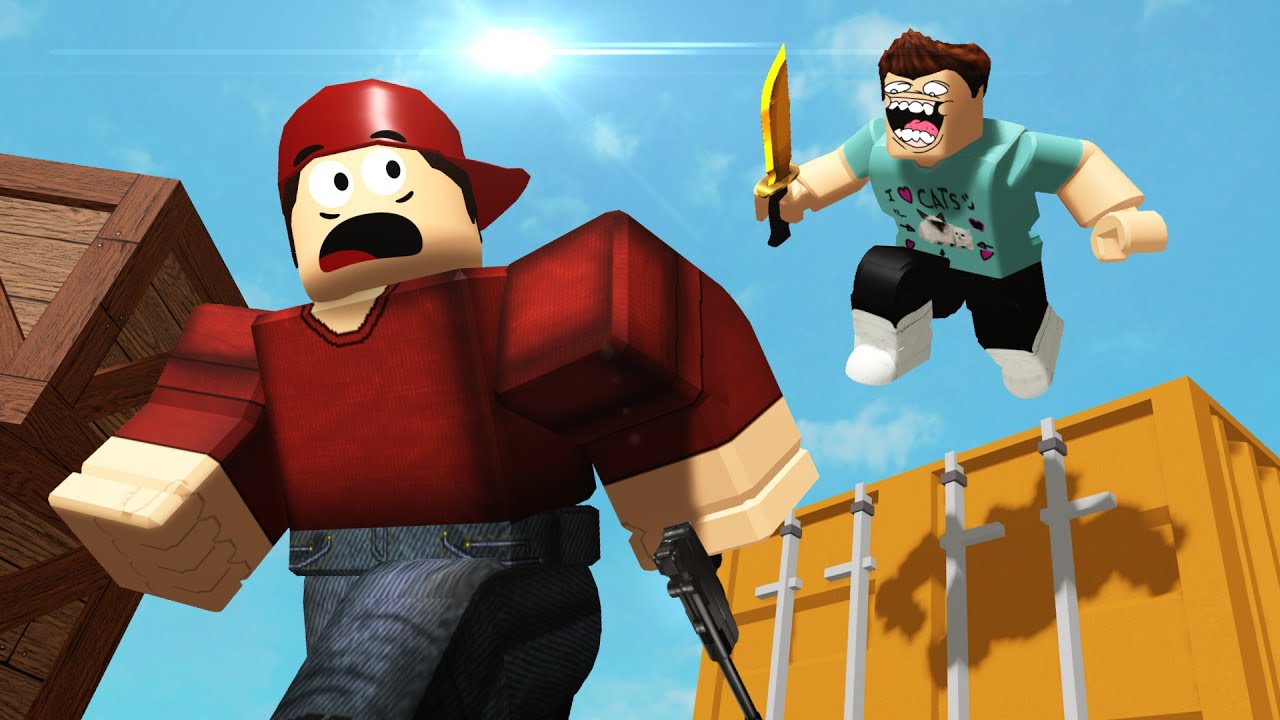 Combining CoD-style arcade shooting and pure silliness, Arsenal is one of the most chill games on this list. Apart from guns, you’ll find various other weapons, including bladed and blunt tools of pain. 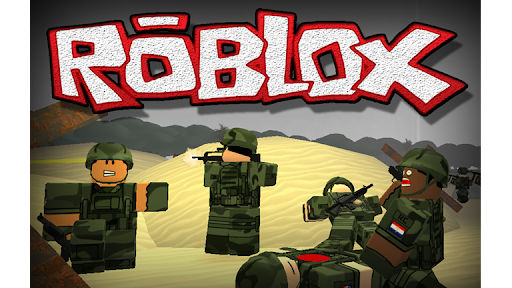 Even though it’s got “Call of” in its title, this Roblox FPS does anything but fully replicate CoD. Primarily a campaign-based game, Call of Roblox has some of the most impressive animations and textures we’ve ever seen in a Roblox game. 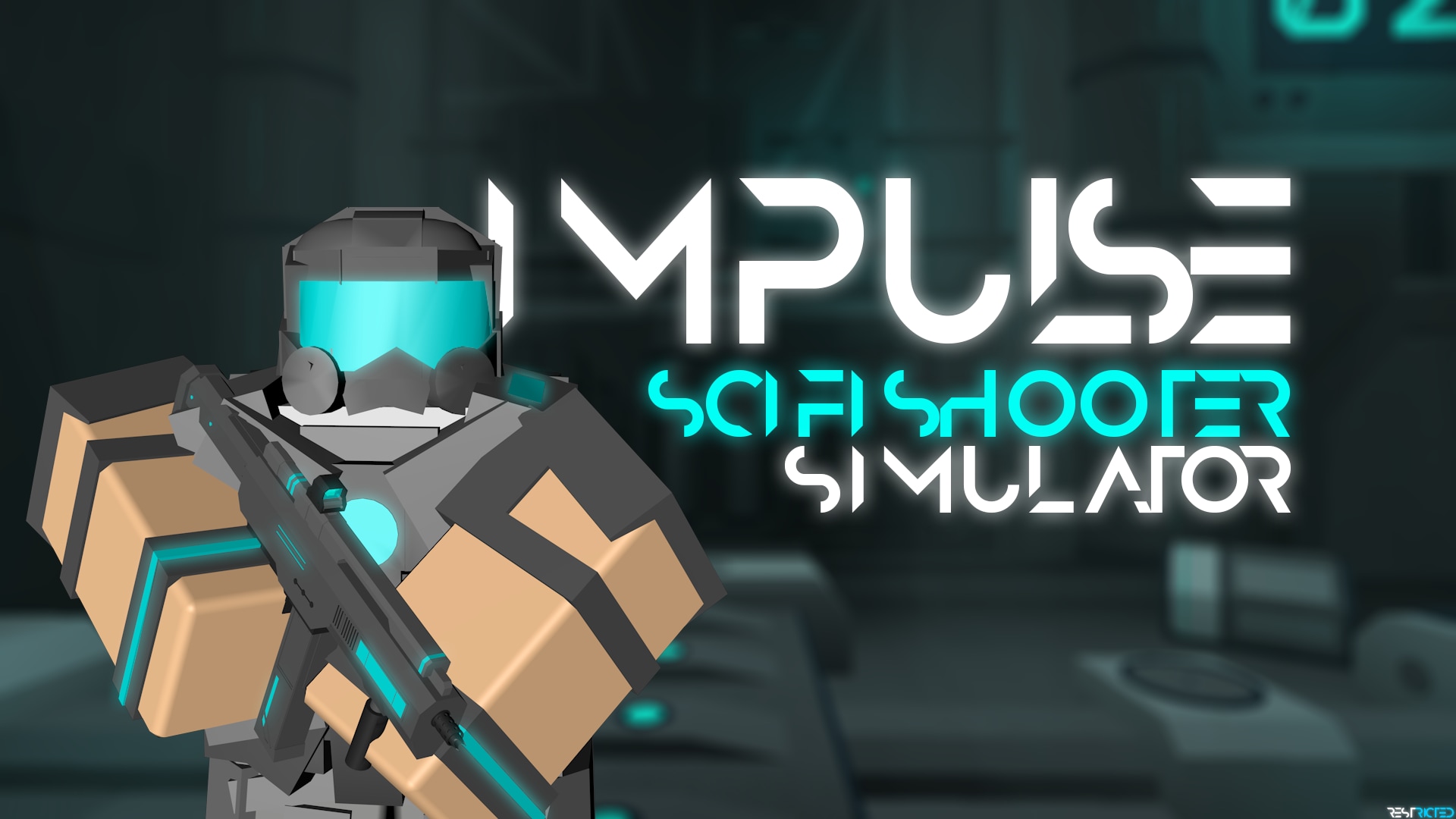 Take your FPS shooting to space in this sci-fi fast-paced shooter. Impulse has some impressive polish to its presentation and animations, making it a highly underrated game that everyone should be playing.

If you want to edit your montage as shown below, why not give it a go on Filmora. Check the below video about how to edit a roblox video with Filmora.

Thank you for your comment. We will review it within few days.
You May Also Like
How to Record Console Gameplay on Computer

How to Record PS3 Gameplay

Looking for a way to record your gameplay on PlayStation 3? Here are all the possible ways on how to record PS3 gameplay easily.

How to Record Sims 4 Gameplay

If you love playing Sims 4 on your PC and you want to record your gameplay, learn how to record Sims 4 gameplay on PC in simple steps.