Download on the App Store
Get it on Google Play
Download
Download
Call us: +1-60-4343-8521
Mon-Fri 6:00 PM to 11:00 AM Pacific Time
International phone rates may be charged by your service provider
Filmora Video Editor
Easier Way to Apply Green Screen Effects to Make Your Video Like a Pro
Try It Free Try It Free

To begin with, many of you might wonder the right way to say the word "sifu." It is pronounced as "sea fool" rather than "sign fool."  By the way, "sifu" means master in Chinese/Cantonese, especially in the martial art field and some craftsmanship field. For example, you can call the teacher who teaches you to make perfect ramen a "sifu."

Is one life enough to have Kung Fu? 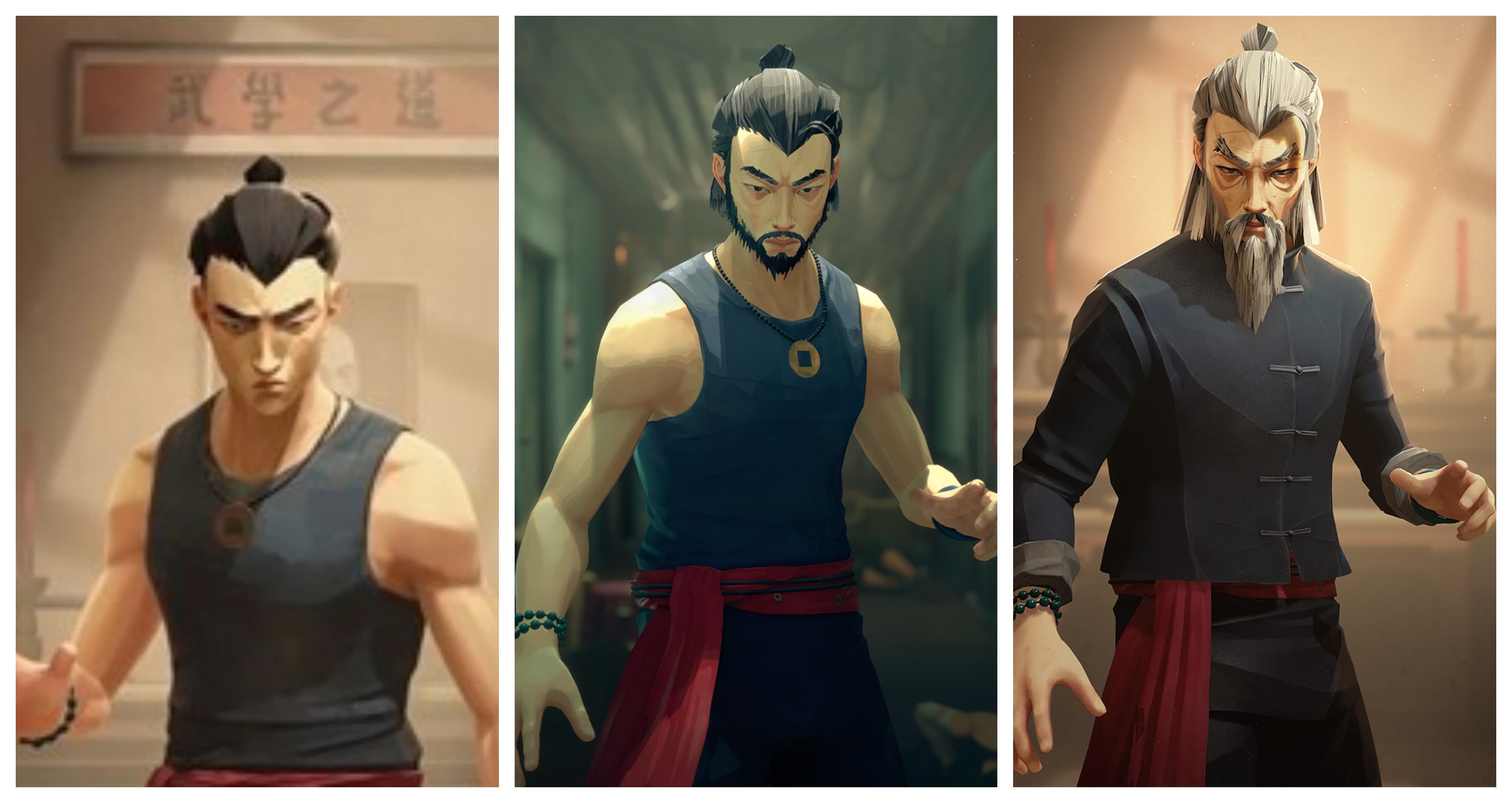 Sifu is a single-player martial arts game. This game is developed by Sloclap, the team of the legendary martial arts game Absolver. Sifu is based on the journey of a young Kungfu student to becoming a Kungfu Master for the vengeance of death of his family from mysterious assassins. The only purpose of his life is to make those assassins pay the price of their cruelty, who are involved in the murder of his family. After preparing for eight years to take vengeance, finally, the day has arrived. He will not stop until he takes down all his rivals, whoever comes in his way toward his revenge. He can overcome death with the help of a magical pendant whenever he dies. But this return from death has a cost to be paid in the form of age. Whenever he comes back to life, he becomes older. Will he be able to take his revenge without getting old enough for a fight? This journey of revenge goes through different phases and locations like hallways, clubs, suburbs, and more. Everything on his way can be used as a tool to fight enemies like objects, weapons, chairs, and tables. As soon as the player gets closer to the victory, he discovers more and more skills and powers.

Can't wait to play sifu? I totally understand that feeling. Here are some of the best kung fu games similar to sifu, which can provide you with a real Martial Arts experience.

Being an Undercover cop and living with criminals is not an easy job. Meet Wei Shen, an undercover cop penetrating the world of criminals in Hong Kong. It is not a simple task to live a life circled by people who can shed your blood for a slight mistake.

Sleeping Dogs is an open-world single-player action and adventure game. Wei Shen is a Chinese-American police officer trying to get into the criminal organization, Sun On Yee Triad. He has to build trust among these criminals to get more information and avoid being killed. Because it is an open-world game, there are no limits, the game is all yours to explore. This game has a blend of Kungfu master fighting styles, with increasing levels, your powers and skills also improve. Which gives you the ability to new moves on opponents. At the initial level, you will be bound to perform specific tasks only. But as you proceed, the world will be open for you to roam around, run, swim, jump over buildings, have street fights, enjoy driving cars, bikes, and boats, explore new places, and more.

Absolver is a single and Multiplayer action game based on the Martial-arts, developed by Sloclap, by the same developers of sifu. Both games are based upon becoming a kungfu Master by acquiring new skills and combat styles throughout the journey. There are three types of modes to choose from: single, cooperative, and competitive. You will be fighting with other players as well as computer-controlled characters. There is a lot to explore in this game. The character controlled by you is called a prospect who travels in Adal's fictional land and fights with other players to prove his worthiness to become a part of Absolver Peacekeepers. You will face so many rivals throughout this journey. As soon as you knock them out, you will unlock more skills, weapons, armor, and equipment. This game contains several modes, you can fight alongside other players, against them, and one versus one matches. There are four fighting stances for a player, with each stance there are different move sets assigned. The player can add and remove cards, which can be obtained with the passage of time, into their combat deck to customize their strategies and make them unprecedented and unpredictable.

If you like Hardcore Brawlers like me, give 9 Monkeys of Shaolin a try. It will not disappoint you. Discover the story of Wei Cheng, a simple fisher, becoming the Master of Shaolin Martial Arts for the vengeance of the death of his friends and family. Throughout his vengeance journey, Wei discovers new perks and combat styles that help him become the Kungfu Master. There are more than 25 levels to be completed by competing and defending yourself through Chinese village fights, ancient ruins fights, street fights, and more. This game has three main fighting styles, fighting on earth, fighting with mysterious magic, and fighting in the air. Use all these three styles to give a tough time to the enemies. Several pole weapons can be used for fighting. Discover all the unique and powerful traits of 10 Chinese and Japanese polearms to defeat all enemies. There are five clans of enemies including The Green, Red, White, Yellow, and Black Clan. All these clans contain different enemies with different abilities and skills like Barefoot pirates, Professional Barefoot Pirates, Shimazu Samurai, Mystical Ninjas, and Monks of Enryaku-ji respectively. This variation of enemies makes this game an unpredictable and obstinate game to be played. So, collect all your powers and combat styles to have an Astonishing fight with your enemies.

To stop the invasion of Mongols, Jin Sakai joined other samurai led by Lord Shimura. But all the samurai were killed, Jin Sakai was the only one left alive, and Lord Shimura got captured, who was also uncle to Jin Sakai. Now Jin Sakai is determined to protect his people and save his uncle from the Mongol General, Khotun Khan, on his own. Jin is left with two choices, either to keep following the tradition of his ancestors by fighting a battle which he can't win or stray from the path of samurai to protect his land and people in it.

Ghost of Tsushima is an action-adventure game with an open world to explore on the horseback without any guidance and waypoints. The game contains side quests as well to be performed apart from the main story. During this journey of saving Jin Sakai's uncle, the player will face so many enemies and he has to kill them by using a weapon named Tachi. Apart from direct combat, the player can use stealth to sneak into the enemies silently by using different tools like firecrackers and smoke bombs. Mongols are unpredictable and hard to fight with, to defeat the enemy you must learn and adapt every skill and fighting technique of Jin. There is also a mode named legends that allows multiplayer gameplay of up to 4 players. In which players have to face a wave of enemies. There is a whole open world waiting to be explored, find new landmarks and explore the beauty of Tsushima.

The Japan of 1500s, an era of bloodsheds and combats. A Shinobi who wants to protect his lord from a samurai clan has to face so many monsters like enemies to get to his lord.

It is a single-player action-adventure hardcore game. With its focus on Monster-like Bosses, this game is more difficult to play than all the above games. But they can be defeated with only two to three moves when performed correctly. This game is about Shinobi(ninja) known as Wolf, who is fighting to take vengeance on a samurai clan who invaded and captured his lord. This is game is based on combats and exploration in a fictional place in Japan. In this game, instead of using huge and powerful weapons on enemies to kill them, it is more based on postures and techniques while attacking the enemy using Katana which allows you to kill the biggest monsters in one shoot, by making an accurate move. The game also contains a Stealth feature, which allows you to kill the enemy quickly if you can get into the range without being noticed. Several tools will help you in this journey to explore the world and defeat the enemies. When the player dies, he can be revived on the spot with the power of the resurrection that can be obtained by killing enemies.

Conclusion：This article's game is not only the top 5 games that are the best matching with sifu but also the best kung fu games in general. Please enjoy them, at the same time, if you want to record your gameplay and edit them, you can try out Filmora.

Wondershare's Filmora is a multipurpose video software tool with a built-in webcam recorder that allows you to easily capture with your webcam. Audio recording is also made easy, perfect for game players who want to showcase their favorite games with their followers. It offers built-in converters and a video editor supporting converting and editing many different video formats shot either with your camcorder or iPhone or Android. Wondershare Filmora is different from some of the others on the market as it not only allows screen recording but also provides a handful of video editing, video uploading choices, and it works with multiple devices. This program has a high-speed processor and lots of varied settings, and a simple and user-friendly interface, along with exceptional video editing tools to make your recording fun and easy.