How to Do Live Streaming with Periscope

Periscope is basically a live streaming app for Android and iOS devices, which got acquired by Twitter in 2015. It added new features to Twitter by allowing people to do live streaming in Twitter. Apart from live streaming, you can also do broadcasting using Periscope. Your viewers can interact with you live, and leave comments and hearts for you.

Through this article we are going to explain you the process of Periscope live streaming.

Part 1: How to do Live Streaming on Periscope

In this guide, we are going to mention the detail process for Periscope live video streaming, so that you won’t find any difficulty while doing it on your own. Make sure you have your mobile phone’s battery fully charged and updated it with the latest software.

Step 1 – First of all ensure to install the latest version of Periscope app on your mobile, according to your device OS. Then, launch the app to create your account, and login using the same credentials.

Step 2 – After that open the broadcast preview by –

Note: You can manage your broadcast by defining ‘Location settings’, ‘Limit your chat’, and ‘Tweet your live stream’.

Step 4 – Click on the ‘Stop Broadcast’ option after swiping the screen down, to end the broadcast. 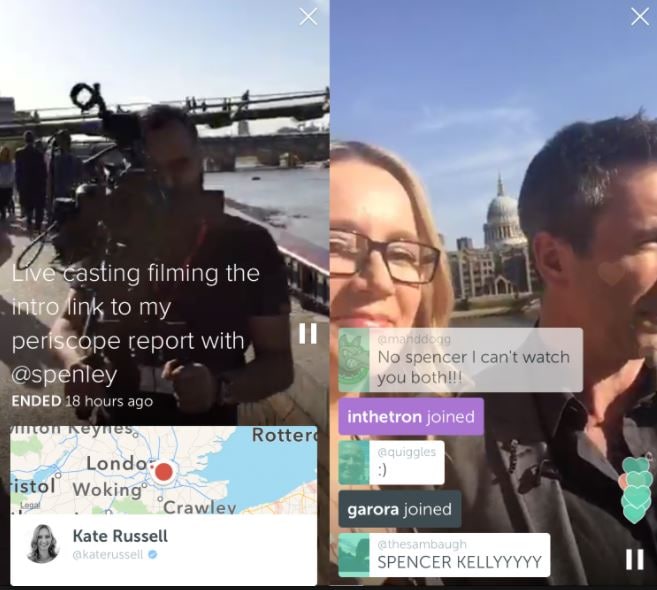 Now that you have understood the steps for Periscope live streaming. Aren’t you curious to learn something more about it? Well! Then, here we have some most effective points on Periscope, let’s explore –

1. What is the secret of developing Periscope audience?

You can tweet your Periscope broadcast using the following method –

Step 1 – In your Periscope app, click the ‘Twitter icon’ before initiating a public broadcast. Make sure to keep the title of your broadcast short and crisp, as it consumes the Twitter character count.

Step 2 – Now, the URL of your broadcast will get tweeted on your Twitter account. Viewers can tap that link and get re-directed to the Periscope broadcasting. 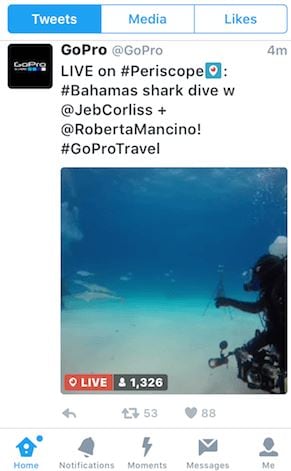 Step 1 –Turning on the ‘Location’ option for Periscope will allow the specific Periscope live streaming to get discoverable over the global map. Viewers from your location can easily find your broadcast, if they search for your location and the same genre of content.

Step 2 – To share your location, go to the ‘Broadcast’ tab and then tap the ‘Compass icon’ to toggle it on.

For Periscope live streaming, you can undoubtedly go for a selfie stick, as it can solve your numerous shooting woes. Imagine you are broadcasting a live interview and the crowd around you makes it impossible to prevent the shaky shots. A selfie stick stabilizes the mobile camera and helps you capture a flawless video at high angle.

Interact with your audience

To have the best Periscope live video streaming experience, you need to be very interactive with your audience. When you win their attention, they bring in more viewers by word of mouth. When they get the opportunity to take part in your broadcasts by commenting, asking questions, being answered, it positively impacts your purpose.

There are ways to gain their confidence; either by a Q & A session after the broadcast or a live chat window alongside your broadcast to engage the audience. Create the curiosity to let them come back for the next live video streaming. 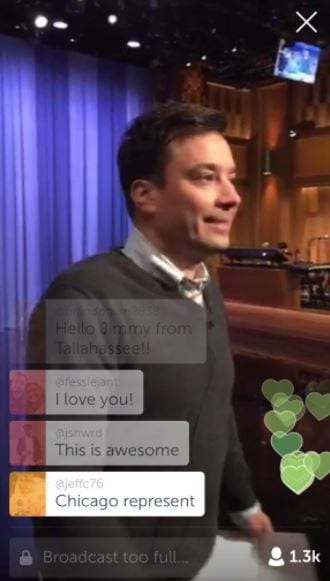 Like everything else, set a goal while planning a broadcast in Periscope. Invest sometime in getting to know the location before you start broadcasting, so that you can capture the things at the best angle while filming. Internet connectivity should be at its best to allow you uninterrupted live streaming. It’s better if you have a backup.

Ensure that you have spread the word and scheduled the broadcasting ahead, so that your viewers know how and when to wait for it. Extensively promote it through social media and other online marketing channels. Let them find you easily and be a part of your online broadcast.

Periscope broadcasting is extremely useful at times when you wish to build your brand and reach your audience, collect their feedback straightaway by going live or you can simply gain more views or likes or comments on your story. And after having this long discussion on how to do Periscope live video streaming and broadcasting you must give it a try to explore the plethora of advantages it can offer you.

Images come from the Internet

Thank you for your comment. We will review it within few days.
You May Also Like
Tips of Recording Time Lapse Video on iPhone

Time lapse video is incredible. The good news is you can do it just with iPhone. In this article, I will walk you through the tips.

How to Zoom in and Zoom out Video on iPhone Easily

Zoom in/out can help you solve the problem of having small article when you are shooting a person or building that's far away from you.

How to Make and Convert Slow Motion Videos on iPhone

You may not know your iPhone can make slow motion videos. It is very powerful. Check this article to find more.