20+ Cool Metaverse Memes and How to Make Your Own Memes

Metaverse has been an exciting issue of discussion recently, with Facebook and Microsoft both marking claims. Metaverse is the next level of social interaction along with metaverse meme coins.

Different improvements have made mileposts on the way toward an open metaverse, a web-based virtual world which fuses augmented reality, 3D holographic symbols, video, and other communication methods. As the Metaverse grows, it will offer a hyper-real elective world for you to connect in.

Assuming you have been anyplace on the web as of late, you would have seen the metaverse story, the new Facebook name.

However, you may not know how to use an image or a video image to make explicit Facebook metaverse memes.

So, let us explore an excellent meme maker and the top metaverse memes to motivate you.

Facebook's Mark Zuckerberg declared the web-based media was rebranding and had another name. It is currently going to be called Metaverse or Meta for short. This declaration started to talk all around the web, and the jokes before long followed. Not exclusively did the jokes follow, yet so did the Facebook metaverse memes.

Note: the following memes are all from the internet. 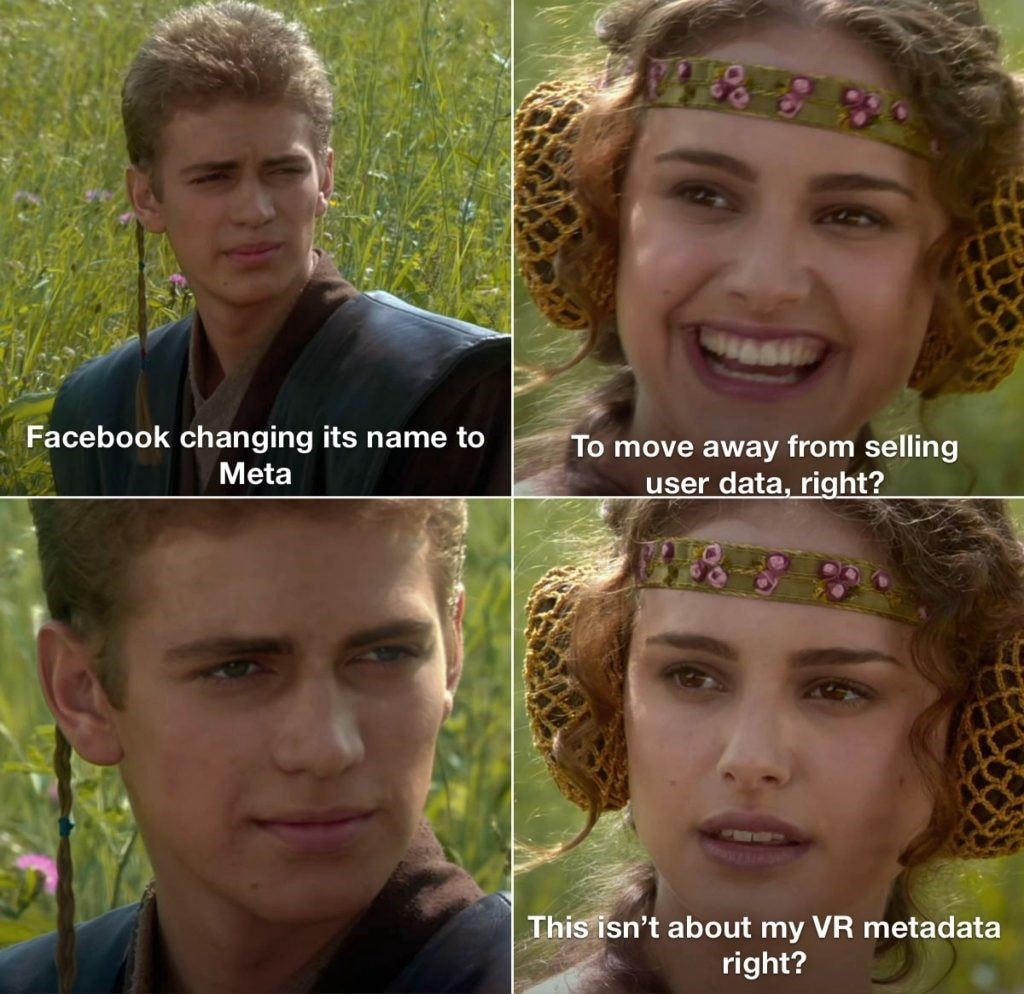 When Mark Zuckerberg announced the name change, people thought it was for escaping from selling user data. Later, they realized it was all for the VR metadata project. 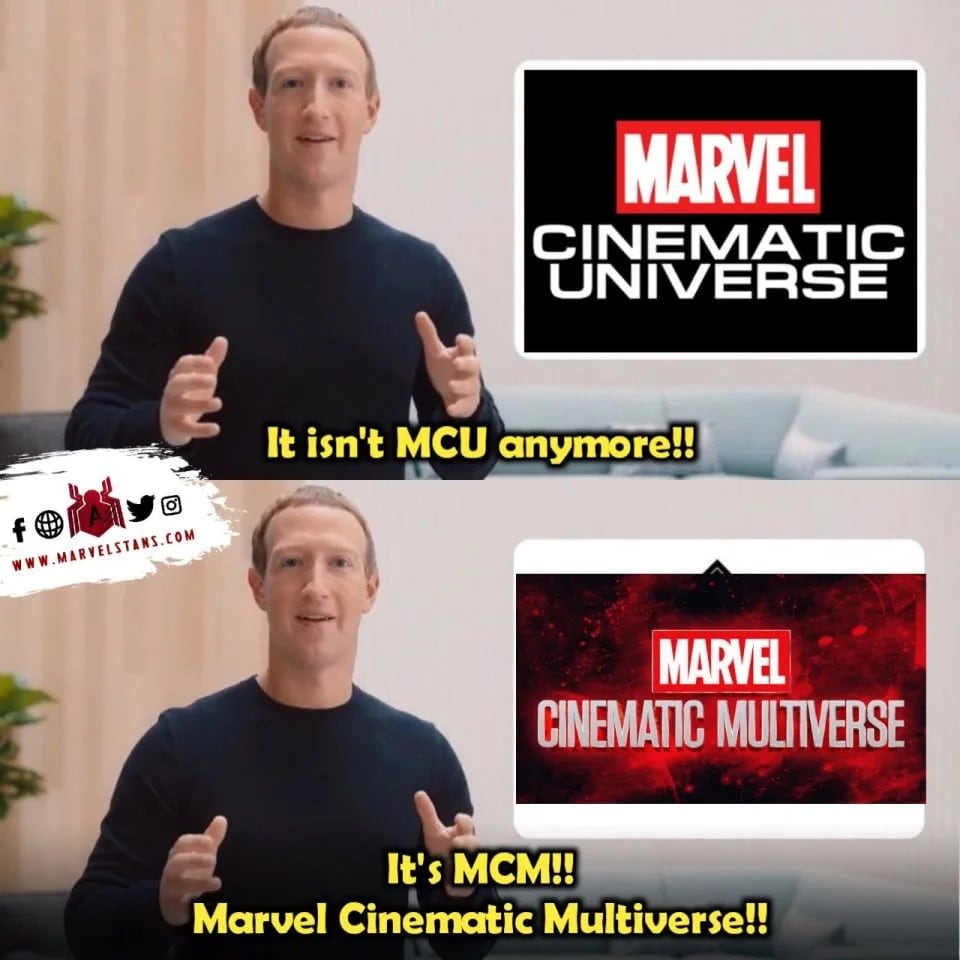 MCM will not be about the Universe; it will be all about the Metaverse. The new Universe is created by digital technology. 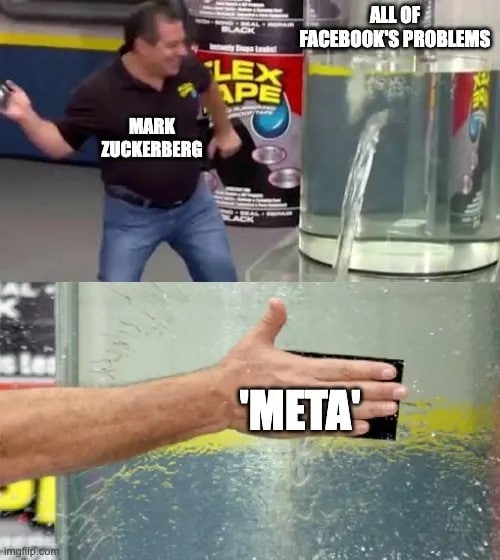 Some say Mark Zuckerberg changed the name to Meta to avoid Facebook's problem by selling user data and violating privacy laws. And to make people forget about the issues Facebook has created. 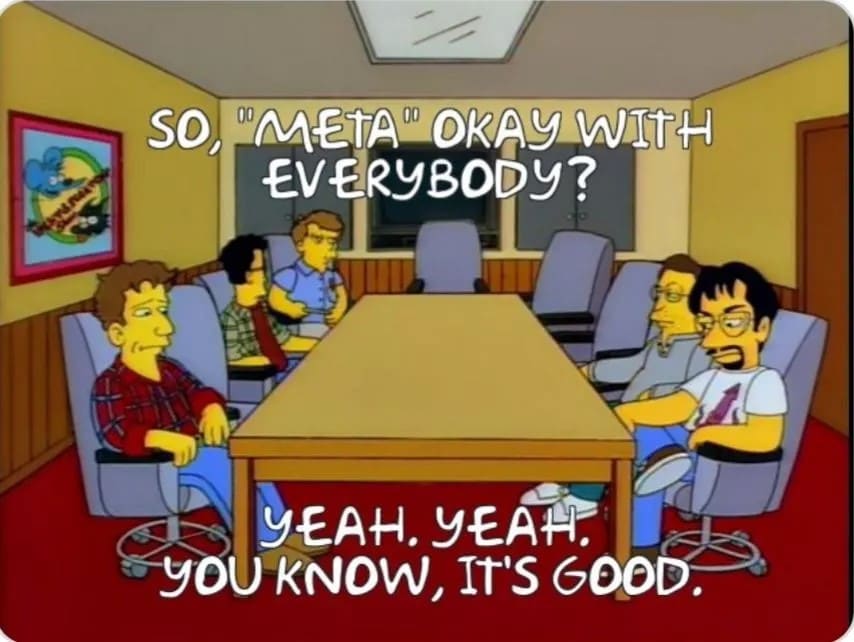 This scenario must be when the company leaders were planning for a name change and finally decided to be meta the metaverse. 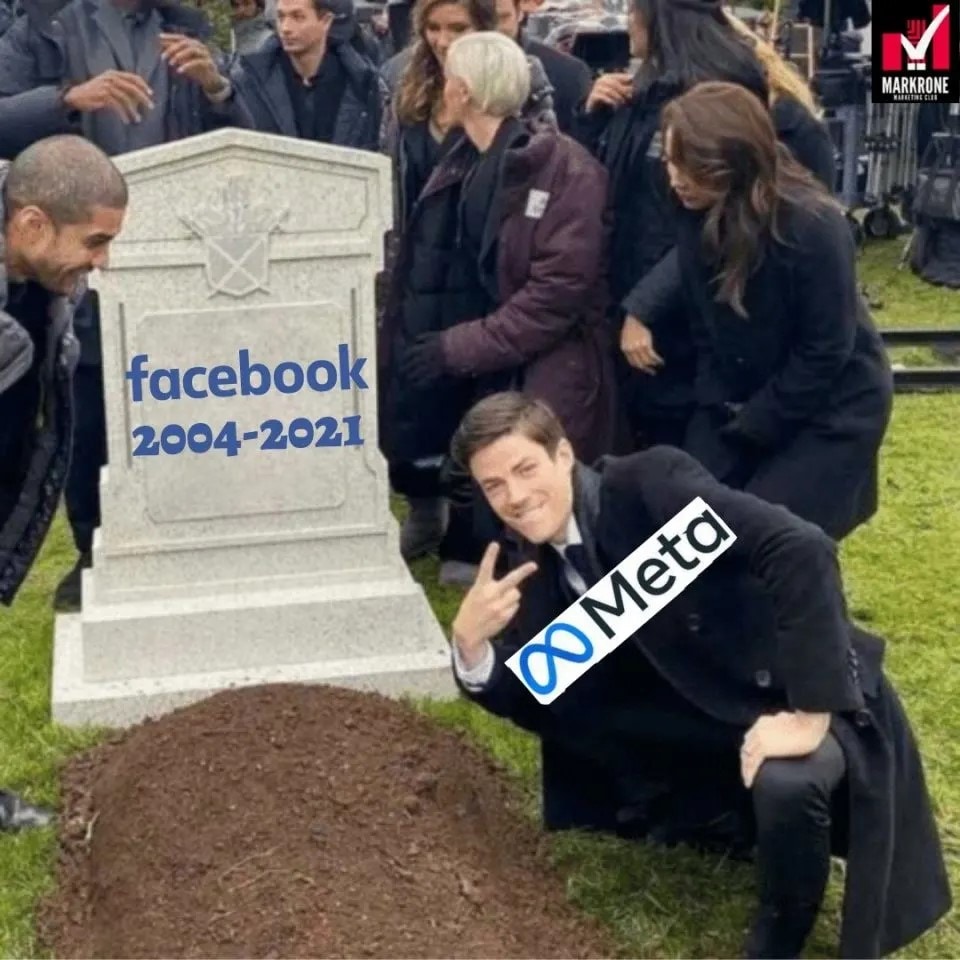 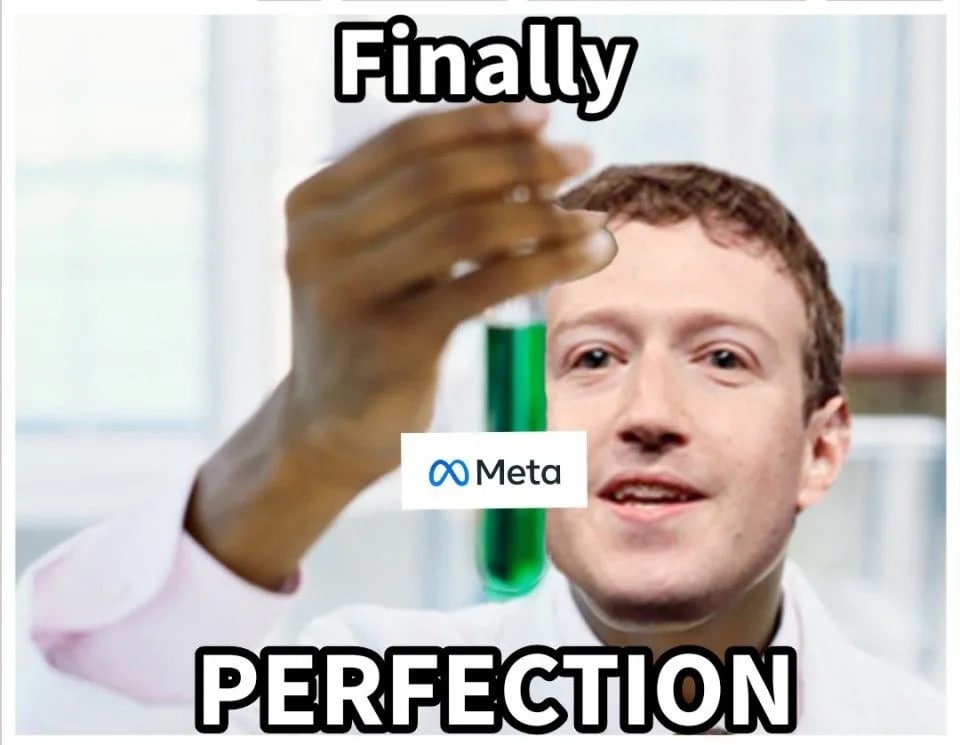 This is Mark Zuckerberg creating Meta to be the future of this world with all the VR and AR elements included in the chemical solution. 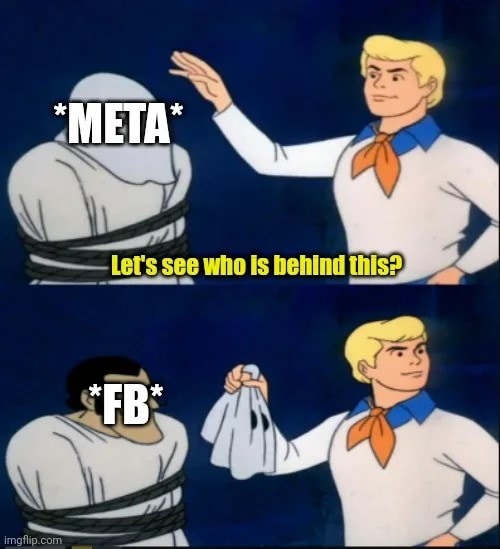 Meta is the front face of Facebook, where nothing behind the company has changed. It was to hide the problems Facebook has created. 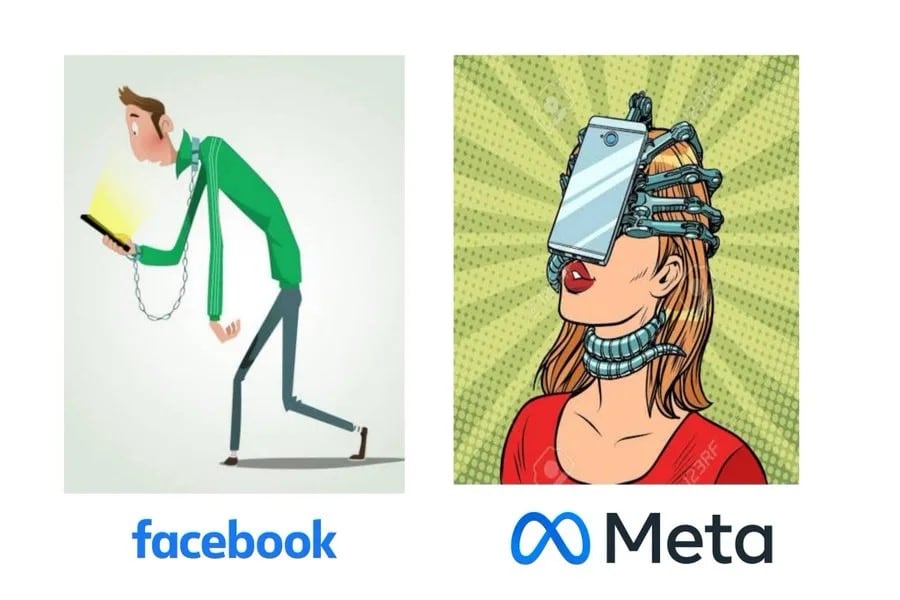 People were addicted to Facebook by seeing onto the mobile screen, in meta, it will be or VR and AR technologies in which people will be wearing glasses and always into an illusion world. 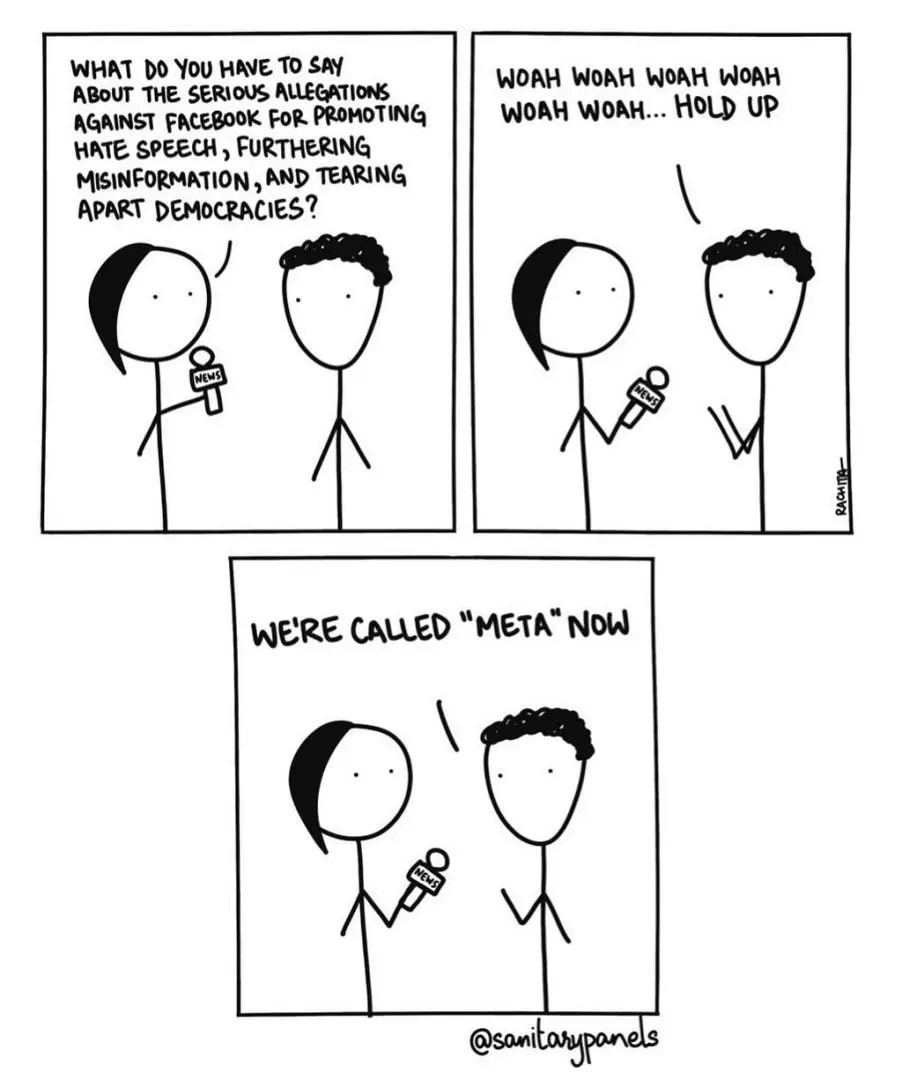 Facebook has changed its name to Meta after being questioned for promoting hate speech, spreading misinformation, and tearing apart democracies. 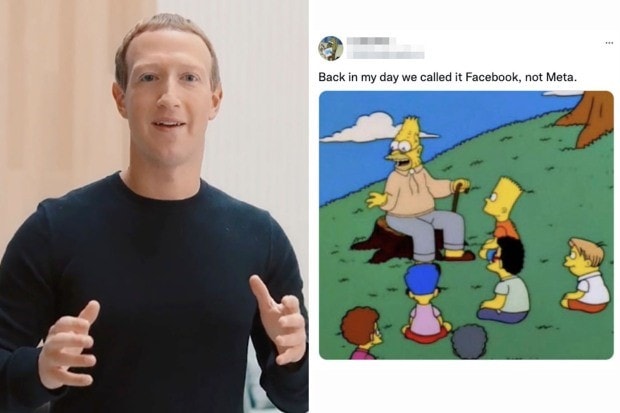 The image shows us teaching the next generation after 10 or 20 years, teaching them it is called Facebook, not Meta. 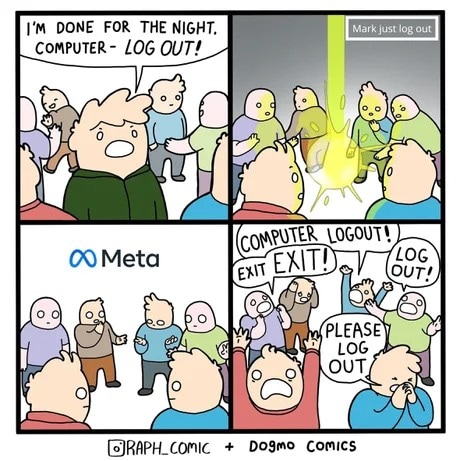 The Meta says one can be virtually present in any location and log out to leave the office. 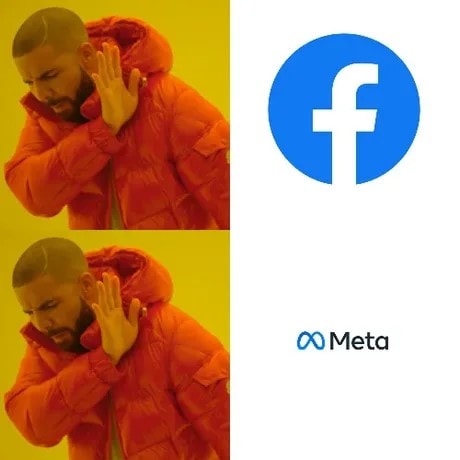 Say no to Facebook and be ready to welcome Meta to the world with many more technologies. 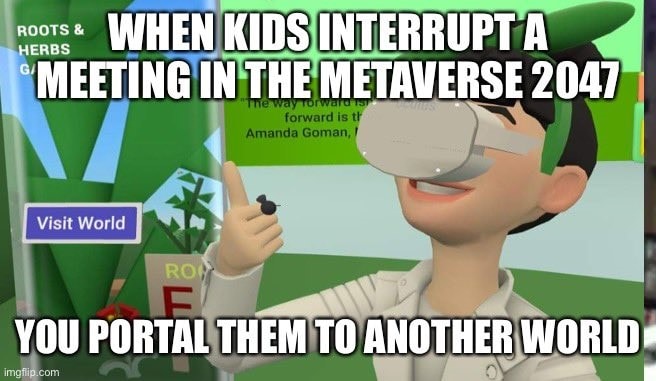 There will say a situation in 2047 where students attend classes through meta. The teacher can punish them by sending them to other worlds. 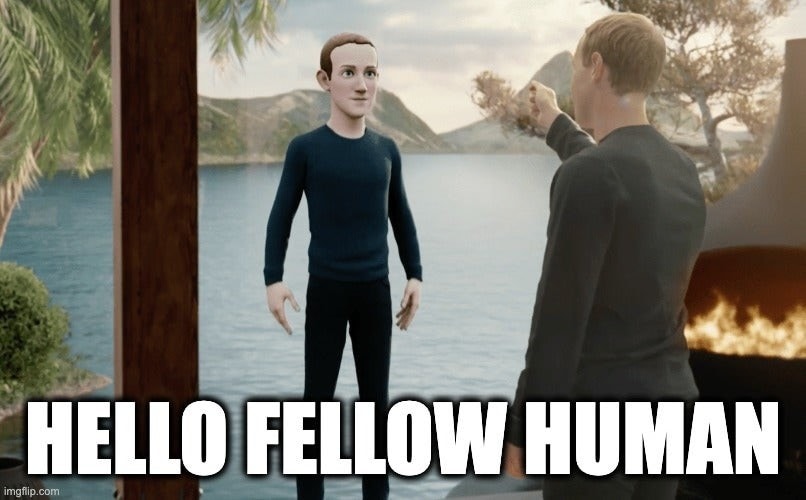 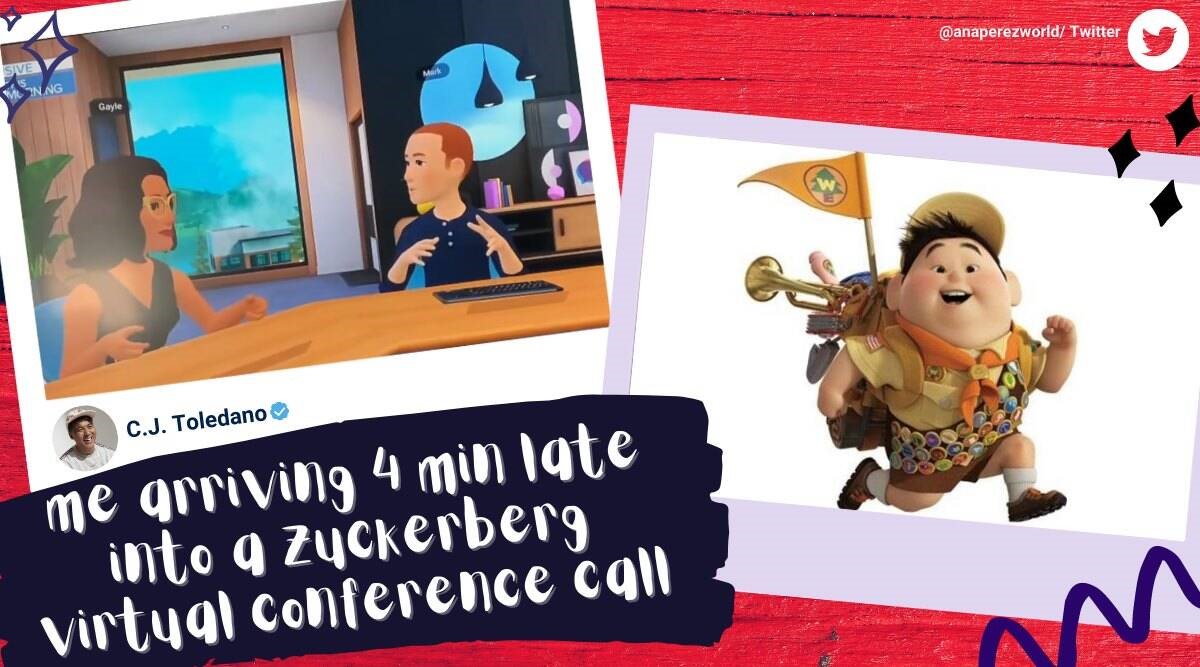 It's funny when you imagine attending a virtual conference call through metaverse as an avatar. People will not be physically present, but their avatars will. 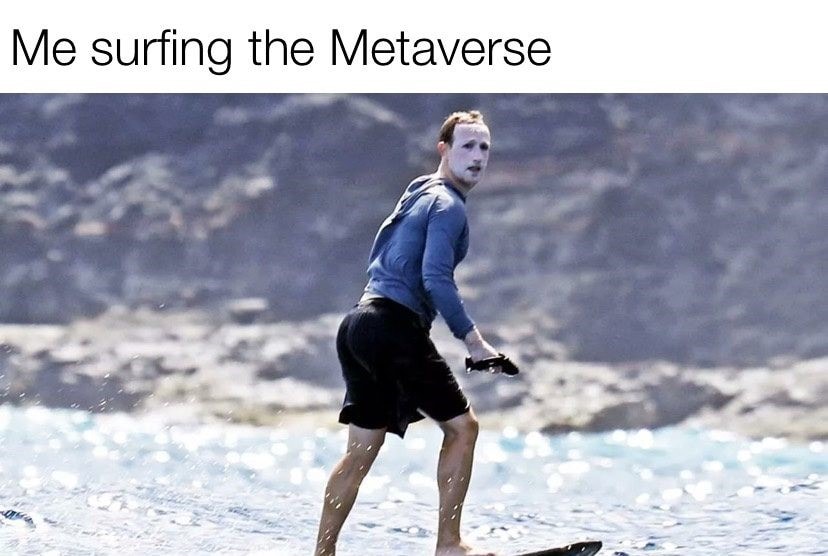 Now we search in google for different places, later in the metaverse, we can experience the places using VR and AR technologies as easy as surfing the Internet. 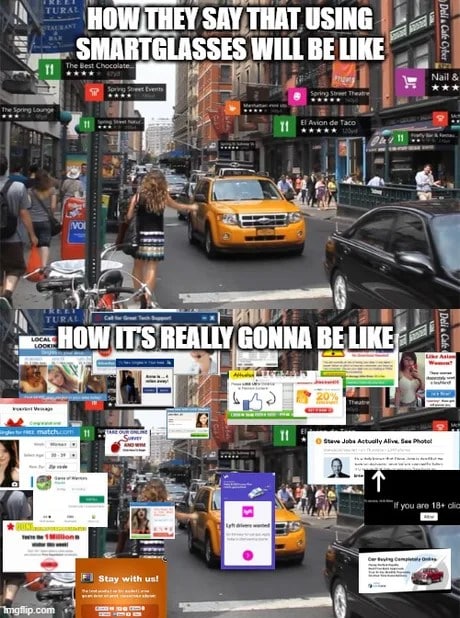 Smart Glasses will display images themselves as an illusion in front of any background. 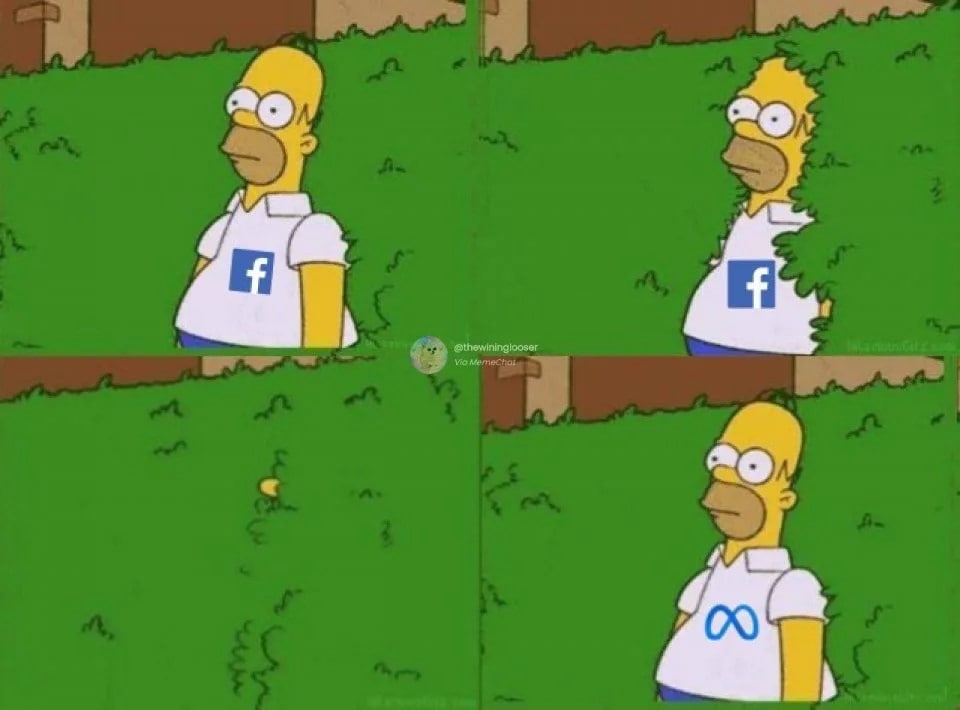 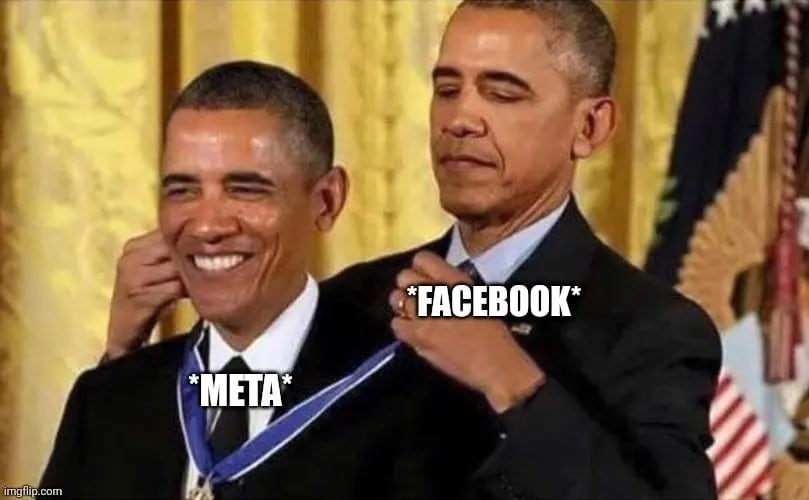 A symbolic way of saying both Facebook and Meta are the same, just the logo and the name are changed. 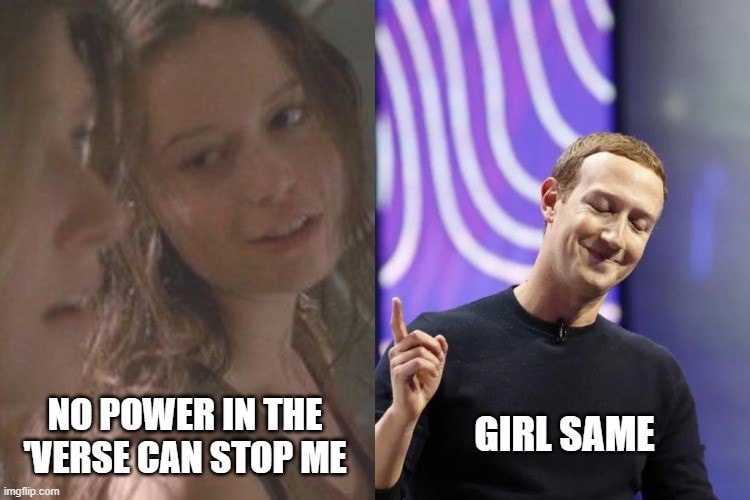 Mark Zuckerberg will be more powerful than ever if the Metaverse succeeds in the world. There cannot be any more technology development as high as this all international companies would experience a downfall.

Part 2: How to Make Your Metaverse Meme

I know you must have got ideas seeing all these funny Facebook metaverse memes to make one. Filmore meme maker will help create a meme more merely.

This online-based tool allows you to create pictures, animated GIFs, and video images without having to spend lots of time. In addition, you don't need to sign up to create your videos. One of the most intuitive projects that require no monotonous interaction, yet straightforward simplified and snap activities for bringing in GIF, picture, and video. In addition, you can add text inside or outside the text, GIF, or video, depending on how much you would like to. Modifying the text tone and size is additionally conceivable with Filmora.

Browse for filmora meme maker and tap on “Drop files or Click here to upload” it can be a picture, videos, or GIF. Filmora enhances to even select youtube videos or any other websites just by pasting the URL of the destination. 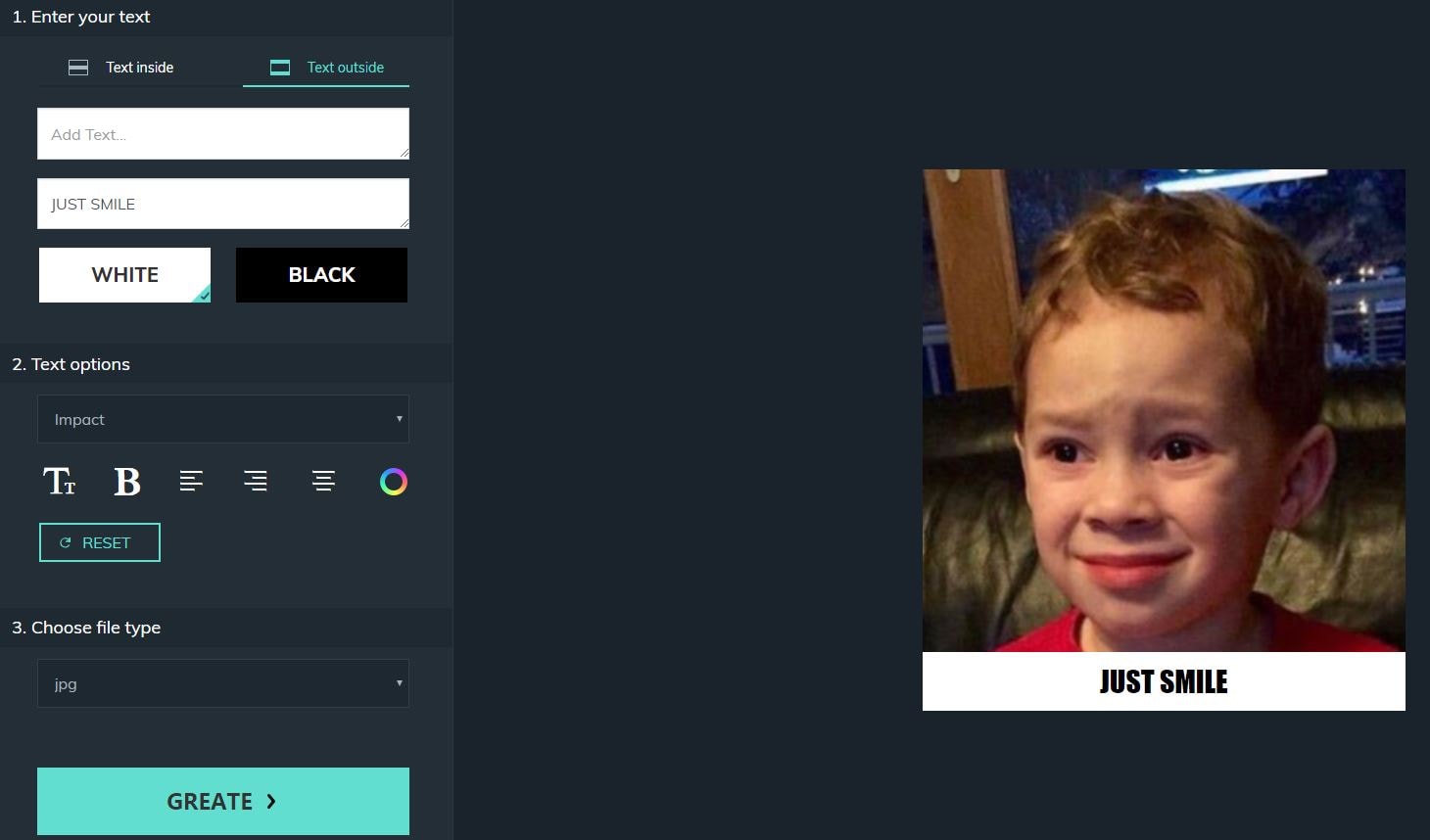 After choosing the video/GIF/picture you explore to the meme page, you can alter your image by tapping the tools on the left pane. The preview window present will show the progressions you are doing to the imported image/video. Play with the text tone and size in the image and keep what suits you the most. Likewise, you can conclude whether you wish to include text inside or outside the record from this editor page.

Once you are okay with all the edits, you can export them by clicking "Create." Allow some time for the image to frame to combine all the chosen aspects incorporated into the picture. Save it by clicking on the "Download" button. Now that you have the final meme share the image on social media pages like Reddit, Facebook, or Instagram.

From the day Mark Zuckerberg announced the change in name from Facebook to meta for creating a new virtual world, Facebook metaverse memes have become very popular.

Furthermore, I hope you have no questions in selecting Filmora as an online image creator as it will doubtlessly assist you with acquiring prevalence over the web. So, get on your PC and create trendy metaverse memes with Filmora right away.