The contents of TikTok are active and continually evolving. So, it might be frustrating to have to keep up with the latest patterns on the app. It's been a crazy year on TikTok, filled with social trends, events, and popular videos that will have your mind swirling. The tikTok application that Gen Z enjoyed is becoming a substantial cultural power, propelling performers including Charli D'Amelio and Addison Rae to celebrities' status and producing music like Doja Cat's "Say so" be Billboard chart successes.

Memes, they're never going to end. Meme style videos and text-based likable content are probably the most famous medium on the site, which won't disappear anytime shortly.

While we've been trapped indoors for almost a year, the memes have just been more popular and more endearing. Unfortunately, we can't ask anyone to seriously stop memeing, particularly given the dwindling life span of how lengthy memes stay amusing, so we're willing to keep up with this fast pace loop for convenient content.

We've compiled together the most popular, funniest, and craziest meme collection. Here are the best ten memes of TikTok in 2020: 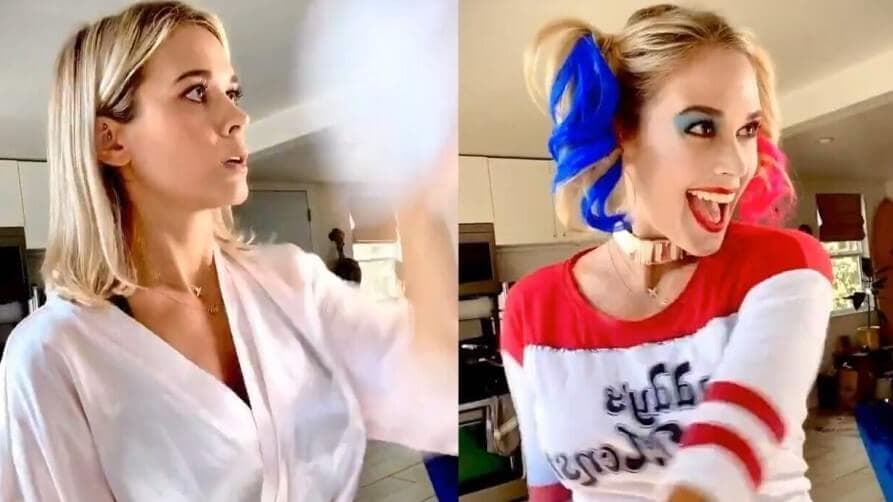 The meme had its beginning on April 26, as per Vulture, as TikTok star Romina Gafur shared a TikTok in which she wiped her mirror from Roddy Ricch's "The Box," which momentarily appeared in TikTok.

Among TikTok's biggest challenge memes this 2020 was the "Wipe It Down," in which users recorded themselves in a mirror, changing their appearance as they cleaned the mirror from BMW Kenny's "Wipe It Down."

It became an overnight trend when YouTuber Liane V launched a version of BMW Kenny's music and pledged $1,000 to anybody who followed them both on Instagram and then created their own "#WipeChallenge" Tiktok too. It transformed into one of TikTok's best memes of 2020. 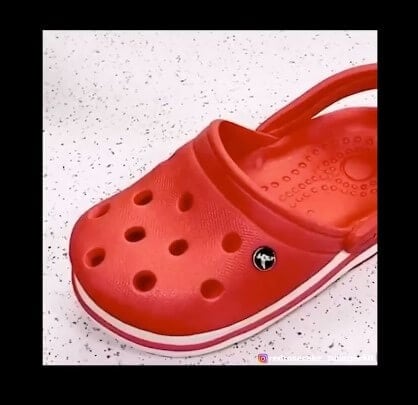 Few things were sure in this disturbing year—and then we unexpectedly had to deal with the awareness that delightful cakes could lurk somewhere we least expected them. The immense, universal confusion emerged from a video published by Turkish baker Tuba Geçkìl that went viral via Buzzfeed's Tasty Twitter account, featuring a ton of daily household items that looked perfectly normal before they were cut through with a knife and exposed to be realistic cakes. 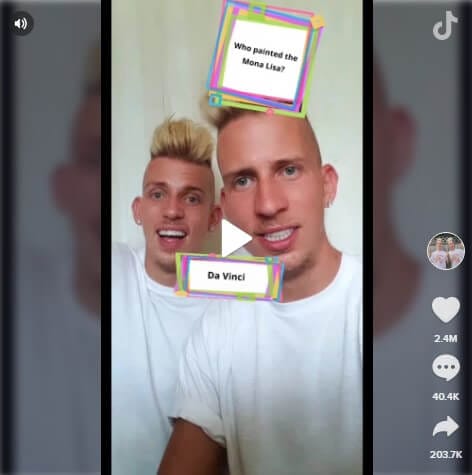 In September, the 27-year-old Hungarian-Canadian twins Chris and Patrick Vörös created TikTok responding to the riddle, "Who painted the Mona Lisa?  "As "da Vinci" appears on the screen, the two yelled in perfect harmony: "Da Vinky?!" It was funny. The video racketeered over 2.4 million views of TikTok, and it doesn't even start counting all the users who have used the Audio, all of the moments it was viewed on Twitter, and then all the memes it spawned. 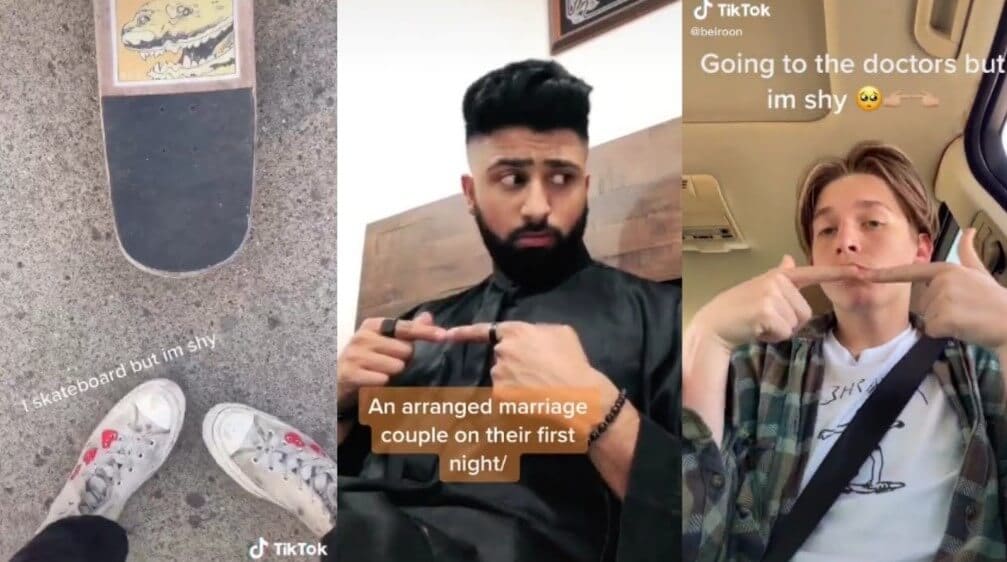 "[Doing anything] but I'm shy" We can't help but chuckle at the tinkling music and the real-life perspective on a timid anime character's posture with their toes turning inward index fingers brushing the cosplayers coopted. 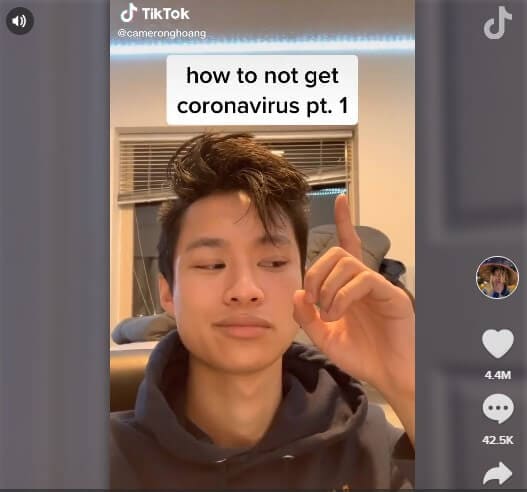 TikTok is a weird, quirky place, so it creates all the reason in the physical world that its makers will figure out a way to transform a global pandemic into a meme. The outcome is someone shouting "it's corona time… hey, it's corona time right now" again and again over the club track "Don't Stop the Rock" by Freestyle from 1985. 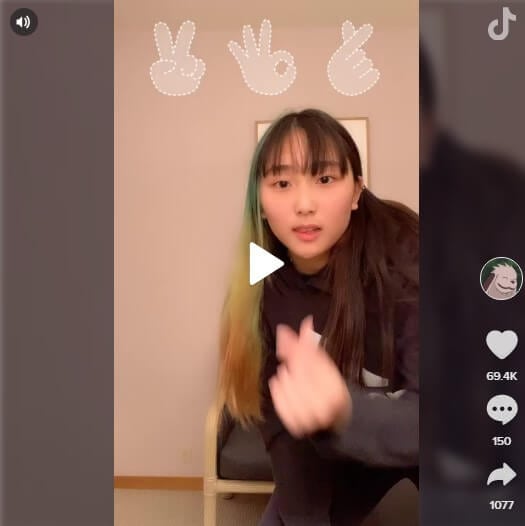 TikTok is at the very front of the social networking team when it happens to immersive special effects and filters. This series of three hand signals serving as a camera timer has been visible for even more than a year but has risen in prominence at the end of 2019/early 2020. Almost all of the time, users fail to get the filter to fit, which would be half the point of seeing this, but the last three pictures, which appear to be somebody who punches or chokes himself, are typically worth the time effort. 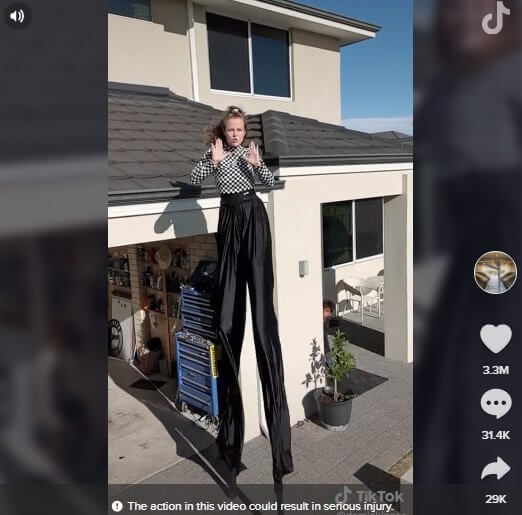 There have been quite some exciting TikTok dances that have seized over the video streaming app last year, but the best popular one was the "Say So" dance, produced by user Haley Sharpe and performed on Doja Cat's hit song from her latest album.

The explanation about how this dance helped the song get famous, and conversely, is interesting, and even if you're not up to experiencing the nuances of internet success, this move is simple enough to learn. 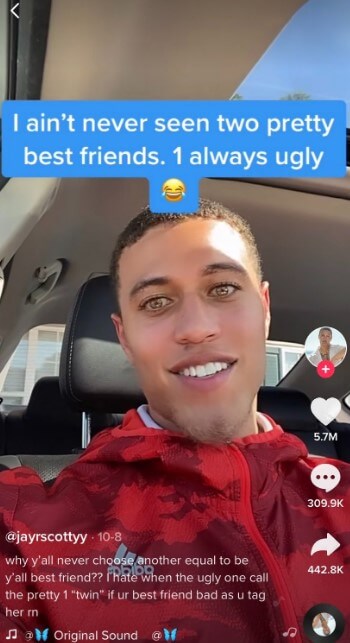 On October 8, one sentence swept over from TikTok: "I ain’t never seen two pretty best friends. It's always one of them gotta be ugly," stated a 24-year-old student and model Jordan Scott. This Audio has essentially been the 2020 equivalent of a rickroll, showing up in such TikTok that you'd never imagine it. 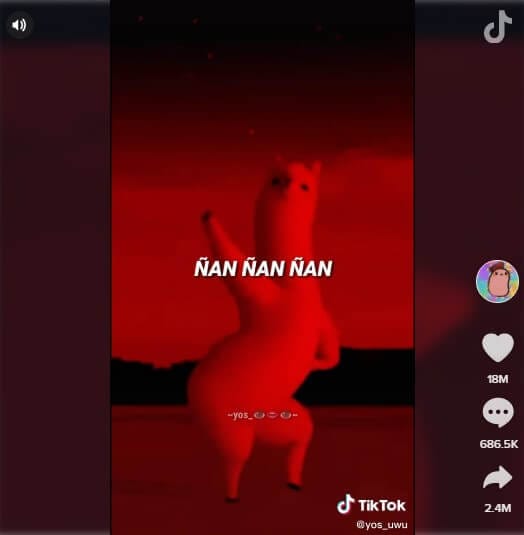 The roots of the viral, apparently non-sensical "Mi Pan" video is perhaps as mysterious as the track itself. When a Tiktok of a spinning red llama with mysteriously more than a million likes began gaining popularity, people grabbed up the sound. They reused it for their various crazy videos, but many were only puzzled, asking where the music came from.

For a bit, Spanish Tiktok has also taken a set of videos featuring all sorts of bread—as "mi pan" translates into "my bread." in Spanish. As it points out, it's merely a cover for a Russian cereal advertisement jingle, just with misinterpreted lyrics. I hope we should all agree, however, that mi pan su su su su is enjoyable. 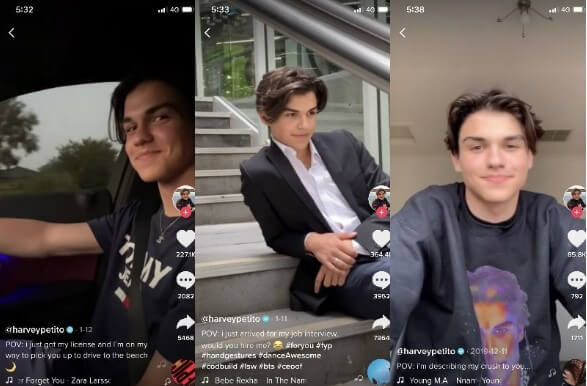 Point-of-view or POV videos are TikTok's shapeshifter genre, allowing the maker's space to show themselves, and giving TikTok freedom to grow into its own.

The typical TikTok POV is taken from a first-person viewpoint, trying to make the audience the video's main character. That's where new ways of behaving come into play, types that overtake more and more people. Acting as performers is a recent leisure activity for an increasing number of TikTok-goers who prefer dramatic monologues and very tiny scripts that play a role, mostly with pro-dramatic consequences.

We hope we've shown you here the best list of "Top 10 TikTok memes of 2020" that you'd be pleased to hear about all of these TikTok Stars. If you are looking to edit your TikTok videos to jump on the bandwagon, Filmora X has you covered!! Filmora X is an easy-to-use video editing application with a user-friendly interface, a wide variety of editing options, and many video effects created to enable you to get more leverage over your videos.

TikTokers with the Most Fans in 2020