Download on the App Store
Get it on Google Play
Download
Download
Call us: +1-60-4343-8521
Mon-Fri 6:00 PM to 11:00 AM Pacific Time
International phone rates may be charged by your service provider
Filmora Video Editor
Top 10 Tumblr Alternatives for You
Try It Free Try It Free

Get Tired of Tumblr? Here Are Top 10 Tumblr Alternatives for You!

The most famous platform for blogging right now is Tumblr. There isn’t a more straightforward way to convey your emotions or thoughts than blogging. Tumblr lets its users post pictures, text posts, messages, and share videos. But as time has passed, this medium for blogging has become overused, and the information being shared has become repetitive. Using a different platform such as Tumblr alternatives can prove to be beneficial as well.

So, what if you want to try new platforms? Then you made the right choice to come here to figure this out! We have listed down some sites alternative to Tumblr that you can try out and have the same experience as that of using Tumblr.

Best 10 Tumblr Alternatives You Can Try

The Internet in this era has several different websites similar to Tumblr, but not every one of them can prove to be worth using. Following are the best Tumblr alternatives for you to try: 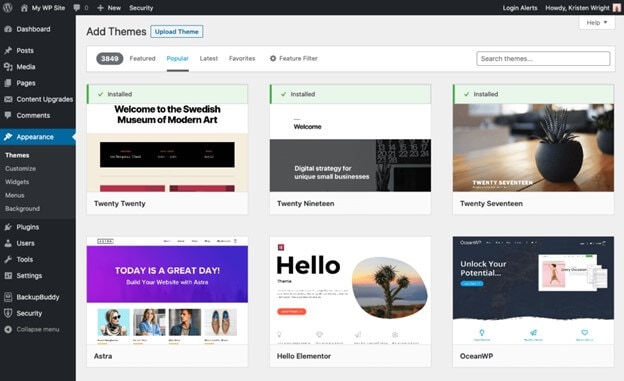 After Tumblr, WordPress is the second most popular platform for blogging and making websites. It is also a great Tumblr alternative. Its layout is easy to get used to, especially for beginners. And it also works best for high-level use like making websites and such. With its design and users, its targeted audience seems to be the age group 20-35. However, the site is often used by people 25+ for making complex websites and blogs.

This platform got the fame relatively quickly as compared to the other blogging platforms. It could be because it was founded by the previous chairman of Twitter and rose to its notoriety in less than four years of its release. It is one of the Tumblr alternatives that is widely used because of its highly intuitive layout.

It is unique from other platforms because it majors in holding quality content compared to other platforms that focus on showing content that others frequently see regardless of their interests. Its targeted audience is of the age group 18-34. 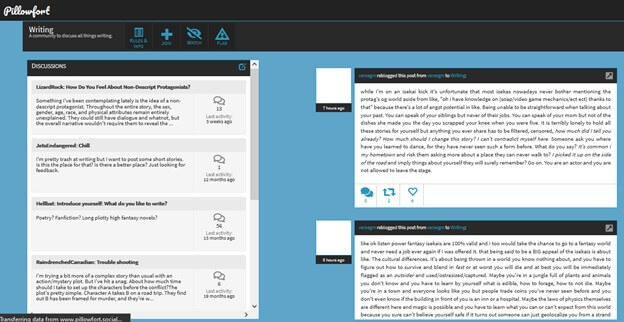 Pillowfort is one of the alternative to Tumblr that is the most similar. It provides the user with a friendly interface and allows them to share their work without having to list them as NSFW or not.

Its layout is straightforward and convenient for both beginners and professionals. Its targeted audience ranges from age groups of 18-28. It is still in its beta form because it was recently released, and it charges a fee of five dollars for registration. However, it is said to change after they release its original condition. 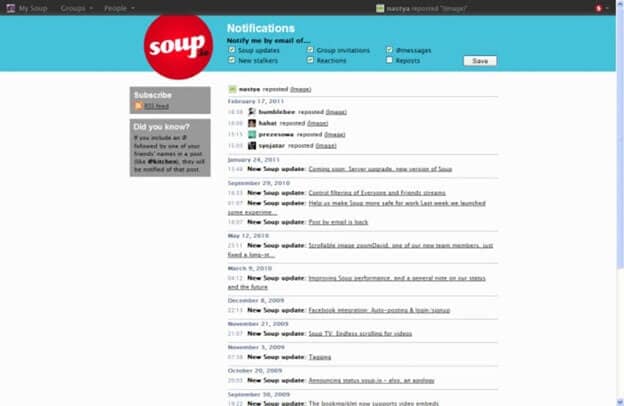 Out of the many Tumblr alternatives, Soup is one of the few microblogging platforms that shows many similarities between the two platforms. If you are looking for a split image of Tumblr, then Soup is the one for you. Its layout is very similar to Tumblr. It targets the audience of the age group 18-25. 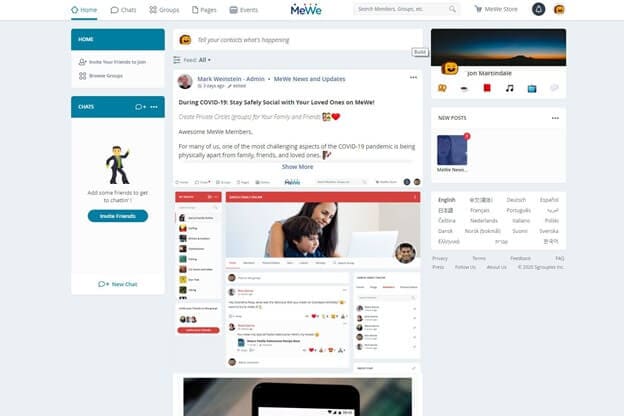 Another Tumblr alternative is, MeWe. It is a private social networking platform that is highly unique among the other options. While the other platforms work publicly, this is highly restricted to its private networking system.

Its layout, like the rest, is user-friendly and works best for groups. It is the best platform for people with big friend groups. Its targeted audience is people ranging from 25-40 years of age. With its super easy layout, groups can easily interact. 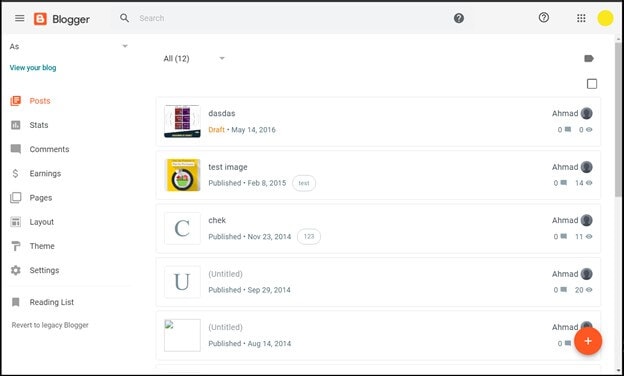 Made by Google, this is one of the best Tumblr alternatives one could ask for blogging. It has a very easy-to-use interface, just like any other platform by Google. It has a great audience ranging from 18-40 years and has high-quality content.

Furthermore, it is one of the best platforms for beginners. It has another cool feature for monetization so the bloggers could get paid by Google AdSense. At this amazing alternative to Tumblr, you can enjoy quick feedback, which is received just as fast as the blog is posted. 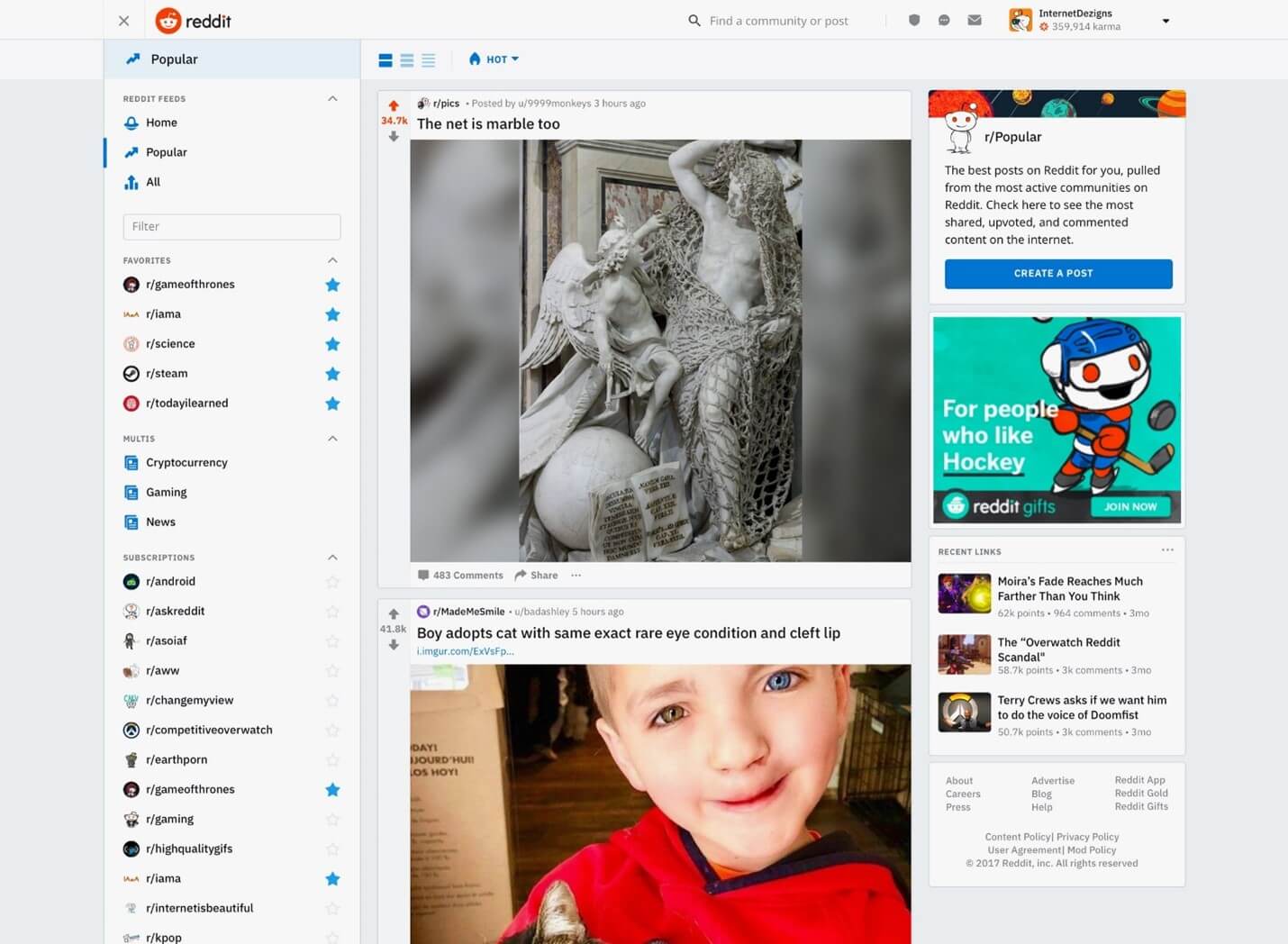 Reddit is one of the most famous Tumblr alternatives with a great audience. Among the alternatives to Tumblr, Reddit is the only platform that has its uniqueness. It is not exactly a blogging platform, but it has all the attributes that can be found on Tumblr as well.

Its layout is very compact and convenient. It has subreddits that one can get involved in, with its great audience, and its target is 15-50 years. There are more than a million subreddits about different topics. 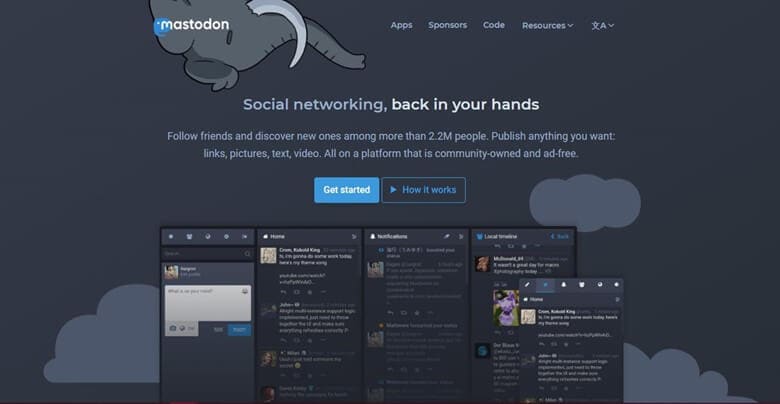 Another very similar alternative to Tumblr is Mastodon. It has several different features identical to Tumblr, like following people, making posts, sharing stuff with friends, etc. Its targeted audience ranges from 18-35. With its very prominent feature of making comments, the platform is very lively.

It has a vast audience using it and with a vast audience comes liveliness as well. People are always making posts or commenting, making this platform even more popular with time. 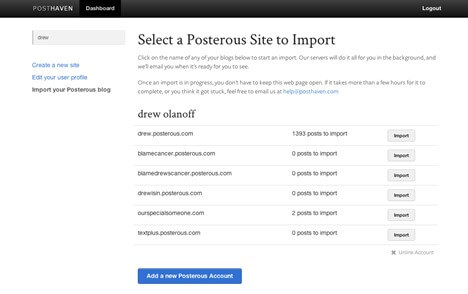 Among the different alternatives to Tumblr, Posthaven makes an appearance. It is a user-friendly platform that requires you to pay a registration fee of five dollars to get registered. But it holds many special and unique features that will prove to be beneficial for the user. Its targeted audience is 25-35. It even provides the user with password-protected blogs for reliability. The layout is simple yet attractive and intuitive at the same time.

Among the Tumblr alternatives, Pinterest is probably the only one that does not have as many features as the others. It only allows the user to post, save pins, and comment. It is solely based on posting stuff. But it has the potential to grow within the targeted audience. It targets people ranging from 18-25. Its interface is compact and convenient even for beginners.

Find the Right Tumblr Alternative for Yourself

Hopefully, this article helps you in finding the best alternative to Tumblr that suits you the best. However, some of the narrowed-down platforms would be Reddit and WordPress. Both are reliable and have good privacy options, which help in publishing the blog. A forum with a vast audience would be recommended to opt for blogging since it helps get feedback and improve this work medium.

So, if you would like to enjoy the ease and convenience of blogging at Tumblr, you can try your hand at one of the Tumblr alternatives mentioned above. Just take your pick, and start enjoying.

Thank you for your comment. We will review it within few days.
You May Also Like
What is Tumblr and How to Use Tumblr

What is Tumblr and is it still relevant in 2021? Read this guide to find out! We will also reveal everything you need to know about the Tumblr app and how to use Tumblr.