Have you ever seen visual effects in videos that automatically make them shaky or wiggly? Well, that is exactly what the “shake effect” can do to your videos. It would automatically make it look as if the camera is shaking while taking the video. In this way, you can easily add effects for events like an earthquake, accident, or any other calamity.

To help you add the shake effect to your videos, I will provide tutorials for three hot editors – Wondershare Filmora X, Adobe Premiere, and After Effects. For your convenience, I have included tools for beginner, intermediate, and professional levels that would meet the requirements of every video editor. Let’s begin!

Make your Videos Shake with Filmora X [for Beginners]

Filmora, popular with both beginners and professionals, offers the simplest way to make shake effects. Don’t worry about the complicated settings or even video footage, it’s all covered in one stop! Now let’s see how easy and fast can it be to add shake effects to your footage.

Always the first step—pick your footage and import them into Filmora.

Quick Tip: Clicking Import or directly dragging your footage into the Import Zone.

For those who are ready to perform their editing skills but find no suitable footage, Filmora offers a huge amount of various resources to choose from. Add wonderful pictures, hot gifs, and trending videos from Giphy, Pixabay, and Unsplash to your clips! 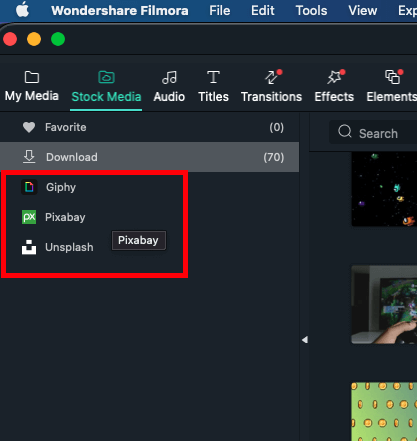 Now let’s add some cool stuff to your video footage.

Quick Tip: Open Transition in the upper options, where you can find all the stunning transition effects, including 3D, speed blur, fractal noise, and so on.

As shown in the example video, you can see Wormhole1, Flip Roll2, Cross Roll2, Fisheye Roll1, Fisheye Roll3, and so on. With Filmora, you can still bring more shakes.

Select the effect you want and drag it into the upper track of the timeline, then the effect will apply to your footage.

What’s more, don’t forget to add filters to your footage, and it’s another simple magic, just as adding an effect.

Quick Tip: Select Effect>LUT>Sunny day, and drag it into the upper track of the timeline.

Here we go! By this single step, you created an amazing video with a shaking effect.

With Filmora, you can share your works with your friends by archiving projects. It’s also a fast way to replace your materials for teamwork. Your friends can open the projects you send and see the same projects as on your computer.

Quick Tip: Hold Option/Alt, drag the new material into the timeline to overlay the material you don’t want.

Isn’t it convenient? Download the example project to have a try! 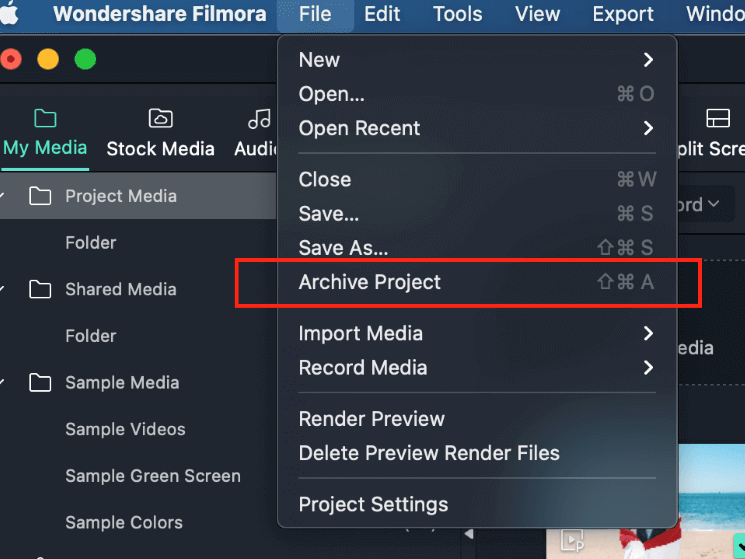 If you are into video editing, then you might be familiar with Adobe Premiere. It provides a wide range of editing options with tons of presets that you can use to meet your editing needs. Though, compared to Filmora X, using Adobe Premiere can be a bit complicated.

Step1Create a Sequence and Duplicate your Footage

To start with, just launch Adobe Premiere and load the video footage that you want to edit. Once the video has been added to the timeline, you can come up with its sequence.

Once you have duplicated the video, you can find the place where the shake effect has to be added and trim it with the razor tool. Afterward, you can just go to the Effects section from the sidebar, search for the “Transform” effect, and add it to the sequence.

Great! After adding the effect, you can go to the “Transfer Motion” feature from the effects section. Here, you can adjust the position, click on the stopwatch, and start the animation. You can also edit the zooming and scaling features to customize the shake effect results in Adobe Premiere. 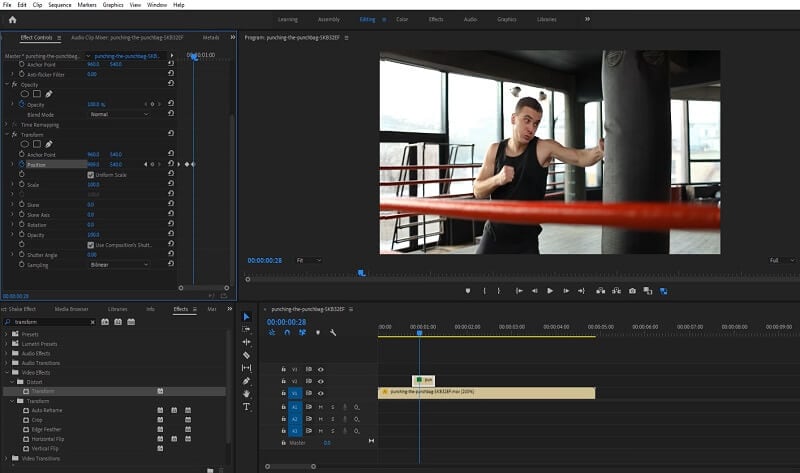 Following the same approach, you can apply a keyframe just before and after the action where the shake effect has to be implemented. Try to move the footage over the position manually.

You can go to the Effects section to add the “Cross Dissolve” effect that would let you apply motion blur seamlessly. Move forward a few keyframes, reset the parameters, and uncheck the “Use Composition Shutter Angle” feature to get better results. 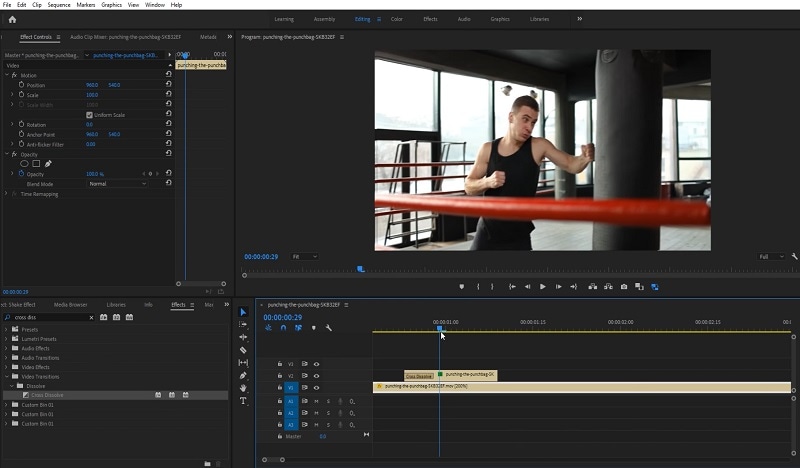 What is Wiggle in After Effects?

In nutshell, Wiggle is an inbuilt JavaScript utility in After Effects that can be used to scale, rotate, move, or adjust any layer in a random fashion. The complete syntax for using the wiggle command is as follows:

Though, in most cases, we only deal with the frequency and amplitude of the object that makes the syntax as follows:

Here, the frequency would be the number of times you want an object to be moved while its amplitude would denote how much it can move up and down in the frame.

Examples of Wiggle in After Effects

Furthermore, if we change the amplitude of the value in the Wiggle command, then it can make the object move accordingly.

Now, let’s use both the frequency and amplitude parameters together. Let’s say you have entered the wiggle (5,10) command. It will have the following effect and would make the object move randomly.

How to Implement the Wiggle Command in AE?

At first, you can just place different layers at the timeline in After Effects. Select any layer to edit and press the P key to view its position parameters.

Now, go to the Position parameters and press ALT (on Windows) or Options (on Mac) to get a stopwatch. Click on the Stopwatch icon to get the transform position feature on the side.

Lastly, just go to the “transform. position” parameters and replace it with wiggle (x,y) where x and y would signify the values for its frequency and amplitude. This would let you customize the shake effect results in After Effects.

There you go! By now, you would know that it is quite easy to implement the shake effect in leading video editors like Filmora X, Adobe Premiere, and After Effects. Out of them, Wondershare Filmora X has to be the most user-friendly and professional video editor that is equipped with tons of features.

As you can, you can add shake effect to your video by simple drag and drop actions in Filmora X. Apart from that, the video editor provides hundreds of other stunning effects, transitions, captions, and more. In this way, Filmora X would meet all your editing and post-production needs without undergoing any unwanted hassle.