Adobe have recently released their new multi-platform video editing tool named Adobe Rush. It promises to be the first of its type in the world, allowing hassle video editing and publishing to a multitude of platforms. 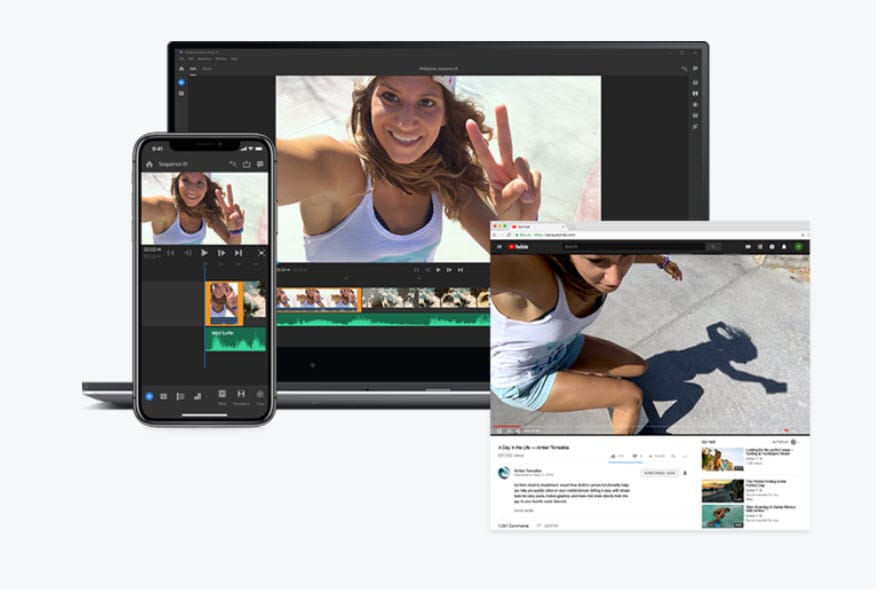 Dubbed the video editing tool for the YouTube generation, having been designed from the ground up for online video creators. Editing is simple via its suite of audio and visual tools, including title screens, transition effects and color adjustment tools. Export is optimized for all social platforms available, including Vimeo, Facebook, Twitter and Snapchat.

Despite the promise of the perfect video editing tool, it's not been entirely warmly received. Some complain that the editing tools are just too basic, others that the price is uncompetitive. Other issues have been raised with slow rendering capabilities and general instability of the platform, causing crashes that can set projects back by hours.

We're going to take a look at some of the alternatives to Adobe Rush out there, which may be more capable of getting the job done.

Windows users will need to be upgraded to the latest version of the operating system, at least version 1709 as a minimum. You'll also need at least 8GB of RAM if you want to avoid the system crashing every time you use it.

Despite having computers that meet the required spec, numerous users have complained that Adobe Rush is buggy and repeatedly crashes. Some say that the laggy performance makes it almost impossible to use.

An alternative is to use Rush on your iPhone, but for this you'll need to own at least an iPhone 7, preferably something newer. In testing, we found it to be very slow, even on an iPhone X. If you're an Android user, you'll need to wait to experience the 'Rush', because this software is not available for your handset yet. Adobe have said they are working on it and how to have it ready at some point in 2019.

As a video editing tool, it's fairly competent, but for anything more than the basics, it's somewhat lacking. Many of the most basic video editing tools are missing, and the platform supports only three transitions, so if you're into making longer or more complex videos, its just not going to work.

In terms of rendering, we found it incredibly slow in comparison to some of the alternatives to Adobe Rush. The background music choices are pretty limited too, and most of it is not what you want accompanying your cutting-edge videos.

What really broke the deal for us was the inability to specify the output of your video files. This means that although social sharing could be OK, you're going to be stuck if you want to share it in other locations. It's great to see a video editing app on iPhone, but overall, it's really nothing special.

If you already subscribe to the Adobe Create Cloud (CC) suite, then Rush will be included in your subscription. However, if you want to subscribe to it as a standalone app, the price is $9.99 a month for individuals. This is not particularly competitive with the alternatives to Premier Rush, and could be prohibitively expensive for the hobbyist, which is, after all, the market Adobe are aiming at.

Alternatives to Adobe Rush for All Platforms

While Adobe are marketing Rush as a 'cross platform' video editor, there are alternatives to Premier Rush which do the job just as well, if not better, and often for a lot less.

We love Wondershare Filmora as an alternative to Adobe Rush for Windows. Unlike Rush, you can pick and choose your video output format, as Filmora is compatible with all major video file types including mp4, FLV, MKV, AVI, MOV and more. Instead of being limited to a handful of basic effects, Filmora supports more than 300 high performance effects and filters to perfect your visual appeal.

As well as being a video editor, Filmora is a working audio editor too, featuring a full mixer and equalizer to bring your music and speech to life. There're no transitional limitations, and you can even use green-screen technology, tilt-shift and jump cut features to make your videos pop. 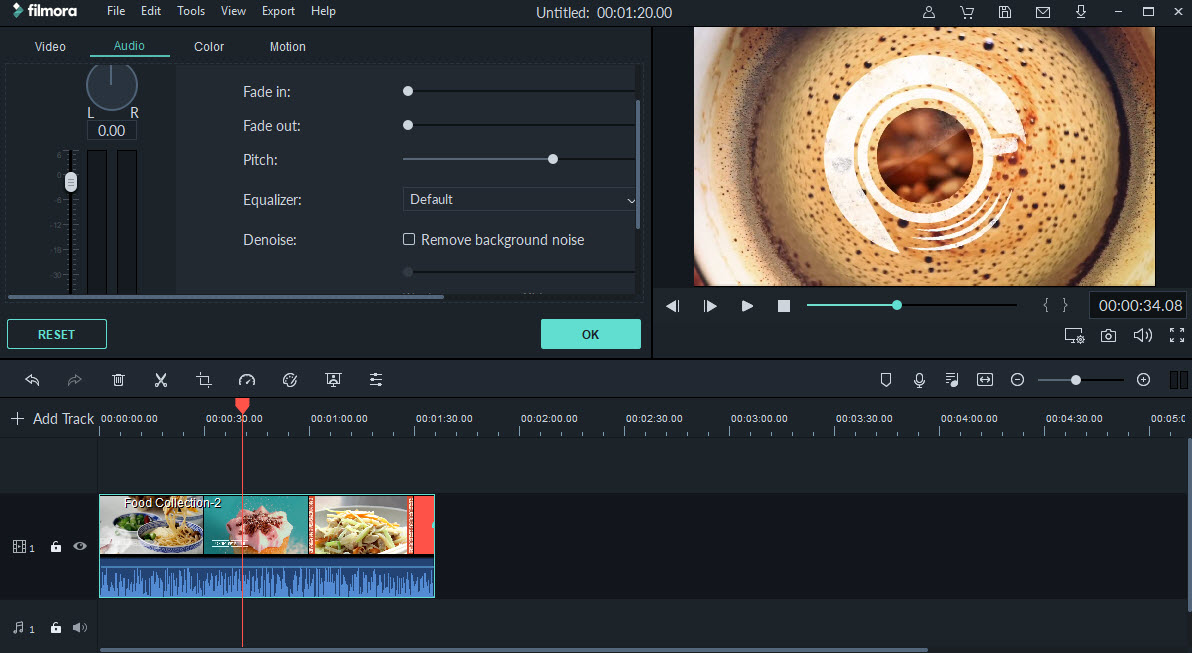 Each video can use up to 99 timelines to make it easier to edit and customize your work. Finally, and a big plus for many of us, you don't need to have the latest and best PC in order to use this software. Wondershare Filmora works on Windows 7, 8 and 10, and requires only 3GB of RAM. If you want to work in HD or 4K quality, however, you will need 8GB RAM.

iMovie is a powerful editing tool designed for iOS and perfect to use on a Mac. Using your own photos and videos, you can create polished movies complete with titles and even a credits roll. It's great for turning memories into beautiful keepsakes, which can then be shared with family and friends via social media or direct from your Apple device. 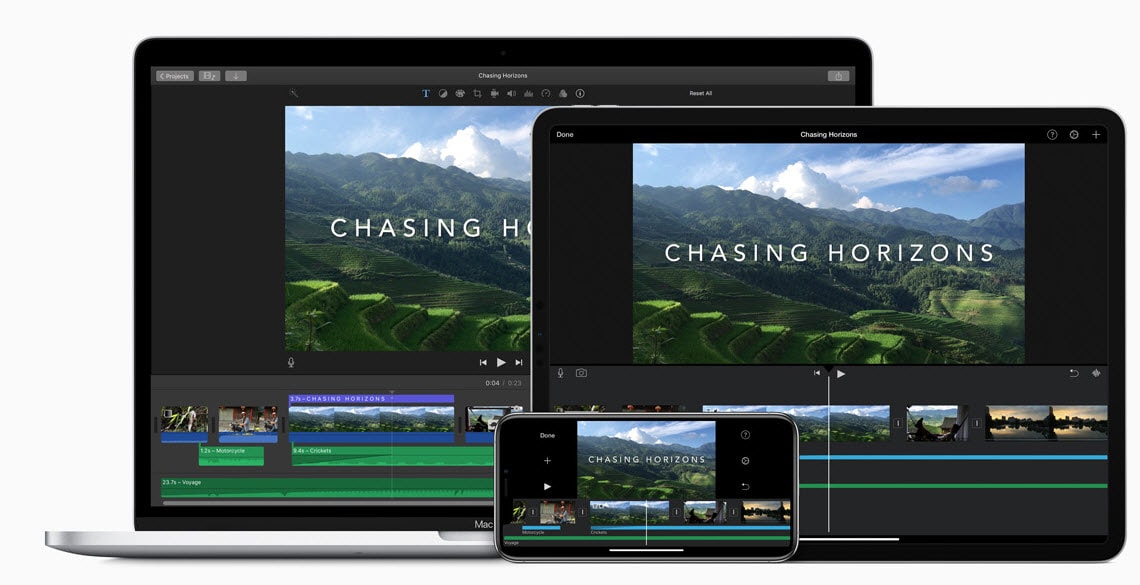 The user-friendly interface makes it possible for even the most novice of users to harness the power of digital video editing. Complete with templates and easy to use tools, even beginners can make high quality trailers, logos and cinema like productions.

iMovie lets users access a number of special effects and enhancements, as well as ten filters to improve the images. Music can be chosen from their own library, and narrative voice overs are possible too. We think iMovie is one of the best alternatives to Adobe Rush available for Mac.

As Rush is not yet available for the Android platform, users must look for alternatives to Premier Rush if they want to go ahead and start making movies. FilmoraGo is a great solution, as powerful as most of the desktop editors you'll come across and with all the features you need to get started.

Clips can be selected from your own device, or from Facebook or Google, and then added into your project folder to be created into a movie. They can then be arranged into a handy timeline, using simple drag and drop functionality which is easy for even beginners to master. There are even in-built themes which you can try out to turn your home movies into something special.

For switching between stills or video clips, there are a raft of fun transitions available to make it a more cohesive production. You can adjust colors, brightness, speed and more, as well as adding in subtitles and editing in music. One of the best features of this software is the picture-in-picture function, where you can add another video or still over the main one. It's free and amazing fun, and we think one of the best alternatives to Adobe Rush for Android.

LumaFusion is a powerful multi track video editor which has been built for the mobile marketplace. It's widely used by professional filmmakers and journalists, which is why we've picked it as one of the best alternatives to Premier Rush for iOS users. 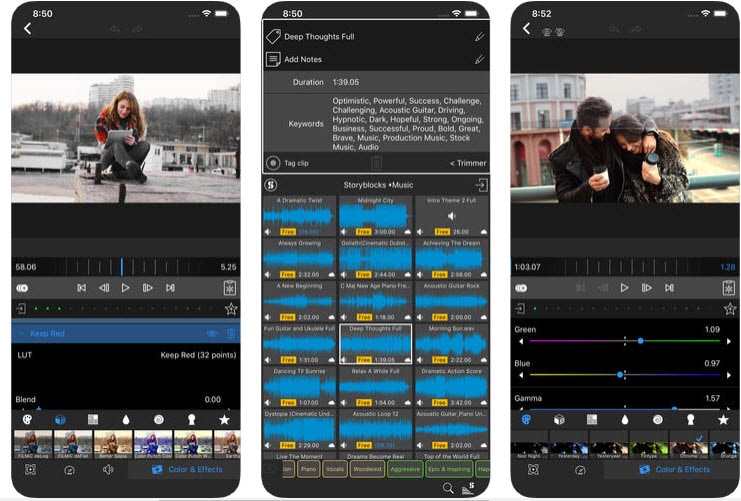 It's not the easiest app to get started with, but the creators have made a ton of tutorial videos to help you get to grips with it. Capability wise, it's amazing, with up to three tracks for photos, videos, graphic and titles as well as an additional three audio tracks for narration, music and sound effects.

Video editing includes a wealth of special effects, from color correction tools to transitions, as well as an audio track mixer which can be adjusted on the fly. Title pages can be created, as well as adapting the speed and ratio of playback. Sharing the finished project can be done via social media, cloud storage, disk storage and more.

It's great to see more software like Adobe Rush coming onto the market; however, it's important to realize that, despite the hype, there may still be drawbacks to some of these systems. For us, Adobe Rush was exactly that something for editing videos in a rush. If you're serious about making awesome clips though, investigating some of these alternatives to Adobe Rush.

Before you shell out the high subscription price for Adobe products, it's worth considering what you really want from your software. Having some goals in mind will allow you to compare the different alternatives to Premier Rush to see where the best value for money lies.