Increasing sales and demand for the Nintendo Switch are due to its versatility. Due to the hybrid nature of Switch, it offers much greater flexibility while gaming on the go. Nintendo Switch is a noteworthy gaming console since it is portable, in contrast to Xbox and Sony.

You can play the Switch directly on the TV, or you can connect it to your smart TV for playing on the big screen. In comparison to other gaming consoles, Switch has a competitive edge because it is portable and dockable. Each month, a new Switch game is released, keeping you occupied with various gaming genres.

Below we have compiled a list of some best Nintendo Switch Fighting Games. Choose a game based on your preferences and enjoy it. 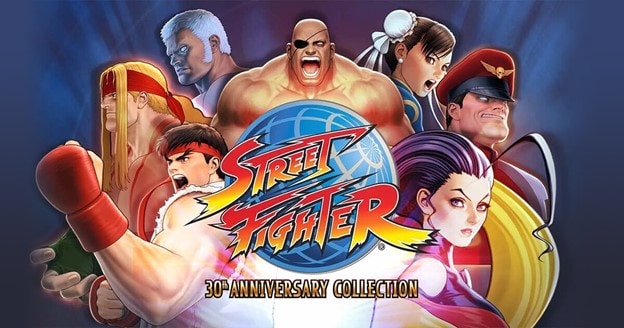 • Fans will find a variety of bonus materials

• A great choice for competitive play 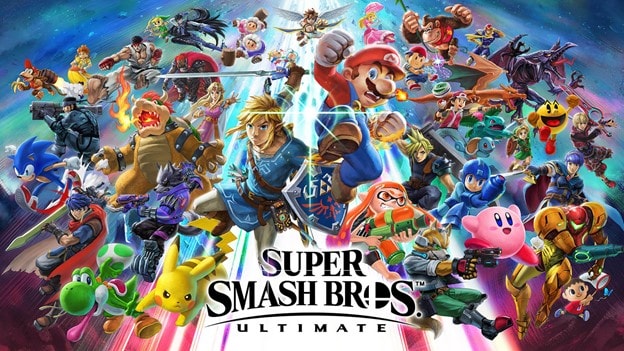 Super Smash Bros. was released in 2018. Featuring over 80 playable characters, Super Smash Bros. Ultimate is the latest entry in the series and the largest crossover yet. It may have been polarizing to some Smash fans, causing them to stick with Melee, but Smash Ultimate has both a gargantuan amount of content and a finely tuned platform fighter gameplay that makes it appealing to both casual and competitive players alike.

• This is an excellent party game

• Easy to learn and play 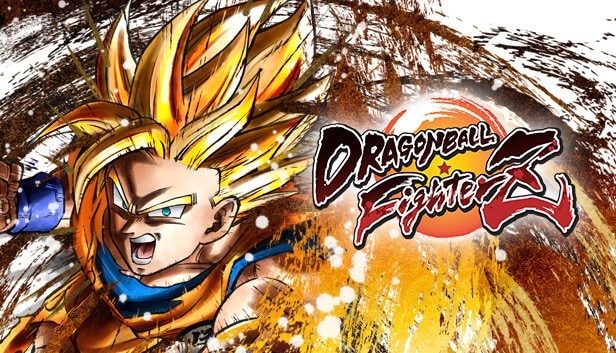 As a result of the anime show's popularity, Nintendo has known that new fans might try out fighting games for the first time as a result. While this Dragon Ball title might be a good introduction to the genre, veterans can also enjoy it. As in the comics and on-screen side of this universe, this title's visual style perfectly fits the fans' expectations. This game has recognizable moves, an extensive roster of warriors, and a pace that matches the speed these lethal soldiers should possess in battle.

• The visuals are stunning

• It's fast and fun to play tag team

• Overall a great game to enjoy 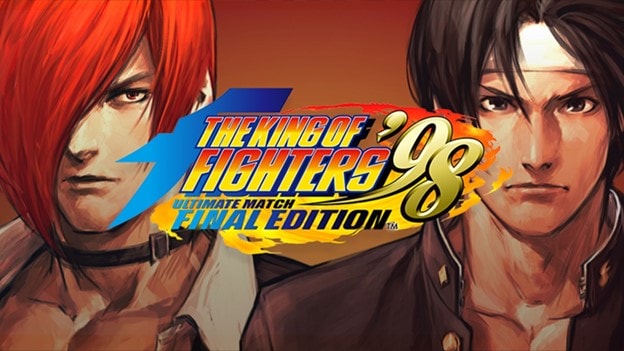 King of Fighters is a fighting game franchise developed by a legendary game developer, SNK, with more than fifteen entries spanning nearly thirty years. Nearly every King of Fighters entry is currently available as a footsies-focused fighter that lets players create teams of characters. A notable exception is King of Fighters '98, which many have praised as the best entry in the series because it is incredibly polished and refined.

• A lot of versatile characters available to choose from

• Despite being released more than two decades ago, the game still presents the same level of excitement and thrill 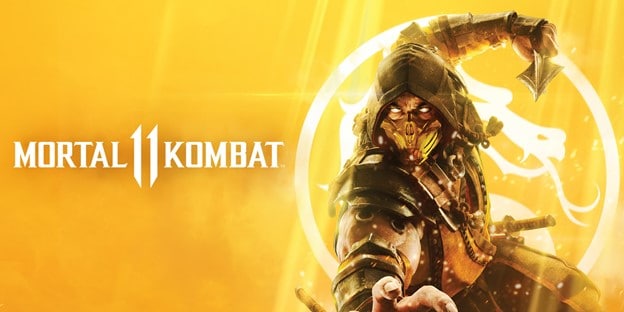 In recent years, the Mortal Kombat series has grown in stature, and with HBO's movie reboot coming soon, Mortal Kombat 11 on Nintendo Switch might be a good time to revisit it. The game uses the Switch platform well, even though it is not exclusive to the console.

The narrative in this game, along with its diverse roster and some of its surprises, has been praised. Even those with the Switch have access to this incredible game. This game may be the measuring stick for every other game in its genre.

• The game presents the best cinematics

• The decent character rooster makes it even more interesting

6.Power Rangers: Battle For The Grid 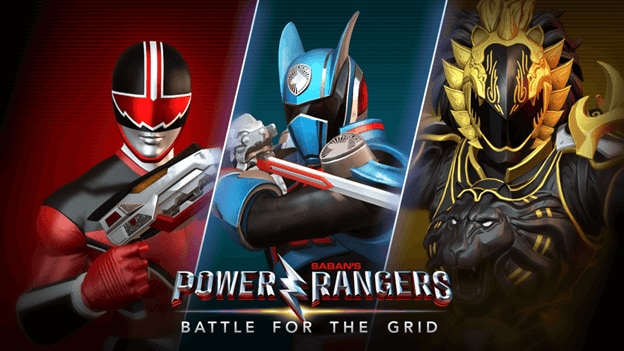 Bringing the two Japanese icons Nintendo & Power Rangers, together is a feat to be celebrated. Fans are praising the game's range of heroes from the beloved franchise, with its fast-paced gameplay working well on handheld devices.

Even though the game uses a tag-team mechanic that few others use, its gameplay is just as captivating as the show, despite the occasional shaky sound design. In terms of the use of complicated maneuvers, there are both simple and complex aspects to learn, but fans of the genre and brand should be interested in this game. 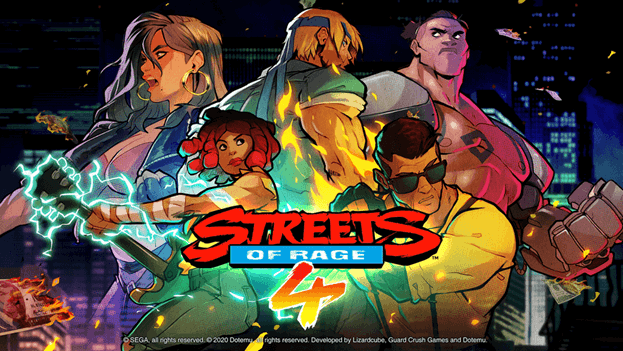 Although the game is available on Xbox, PC, and PlayStation as well, the Switch manages to give players a more immersive experience than those platforms. In this new generation of games, a franchise more than two decades old is brought back to its roots with updated graphics.

Although the mechanics are similar in a way, this is more like a return to a side-scrolling era, while many other titles utilize an arena matchup style of gameplay. Whether it's the intense gameplay itself or the energetic campaign, players will continue to come back to the game.

• Better gameplay experience as compared to other consoles

• One of the best fighting games to play on Switch 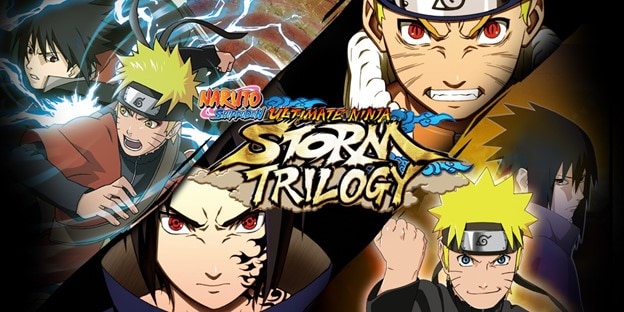 The fan response to Naruto titles has been varied, and yet this new three-pack delivers all three games to the Nintendo Switch with updated graphics and all of the downloadable content. In the end, you'll have a title that satisfies every fan of the franchise.

More so, the 3D style of gameplay develops in the series, which is quite refreshing in comparison to some of the 2D scroller games. A gripping story and a few unique combos make this a great game for those players who enjoy ongoing campaigns.

• Extra-Ordinary graphics make it worth playing 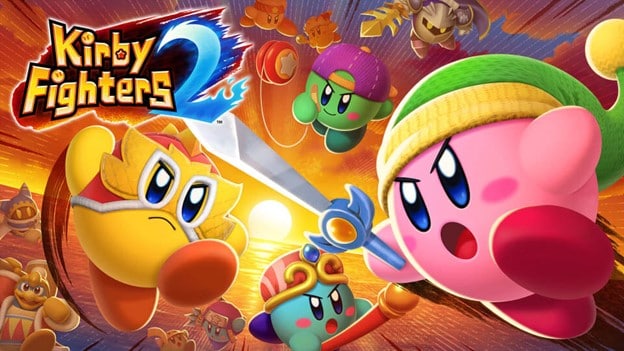 While Kirby is likely to appear in Super Smash Bros, why is one enough when there are nearly two dozen? Kirby comes in all kinds of styles, including one called Wrestler and one named Bell. Their gameplay is all different.

A simple title like Kirby Fighters 2 can be enjoyed by families. As well as featuring iconic Nintendo locations and Meta Knight, the game features some other well-known characters from the Kirby franchise. Nintendo Switch is lucky to have this classic title, which really celebrates the company and genre.

• Best game to be played by families

• Although it may seem simple, the gameplay is intense

•A lot of characters to choose from 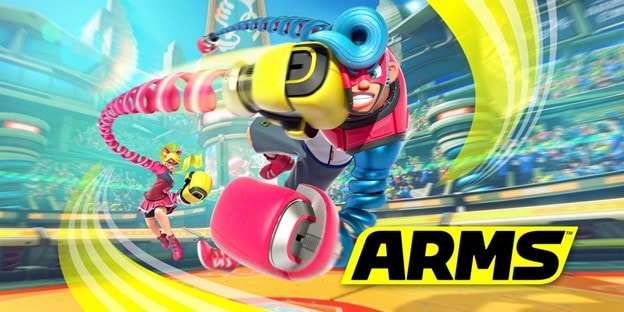 With this exclusive title from Nintendo, you'll get both a boxing game and a party game. This is an incredibly wacky game in every imaginable sense, with its colorful visuals giving a hint of the fun to be had.

Despite its chaos, it's relatively easy to participate. Fighting arenas in these games are characterized by their enormous boxing gloves and stretching arms, with players facing off in a wide variety of locations, yet somewhat uninspired. As for the balance, other games in the genre suffer from the same frustrations as this one does.

• It plays easily with little effort

• Younger gamers will enjoy this game because it isn't violent

In this article, we shared a list of some best Nintendo switch fighting games with you. All these games are pretty fun to play and offer a different gaming experience. This list of fighting games on Nintendo Switch should be of interest to anyone looking for some good games to play. All the games on the above list were chosen after careful consideration of gamers' needs.

People in different sectors are using ZD Soft screen recorder. The article presents an overview of its features while covering the tutorial of its workability.

Screen recording from Windows PC has been a really important tool for many nowadays. But which tool to use and how to do it? We have come up with just that! Here are the Best Screen Recorder For Windows 10.