Games that can keep you entertained without taxing your PC are included in our list of the Best Free Multiplayer Games for Low End PCs. This list of the greatest free multiplayer games should work on just about every device.

We talk about the best games for low end pc(best low spec pc games.) These are the following: 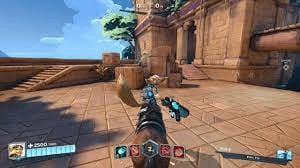 Paladins is one of the best low spec pc games. Free-to-play fantasy shooter Paladins has become a hit. Customize your primary powers to suit your play style as a renowned Champion of the Realm and use weaponry and magic to your advantage.

With a cast that includes everything from mech-riding goblins to magical elves to jetpack-clad dragons, Paladins takes place in a vivid fantasy universe. In Paladins, a new Champion is constantly introduced, ensuring that the game will always be fresh and interesting.

Warface is one of the best low end pc games. Modern first-person shooter Warface has millions of gamers across the globe. With five distinct classes and a wide range of weapons to choose from, you may engage in furious PvP action as well as rewarding PvE missions and raids.

There are over a dozen multiplayer modes and maps to choose from, including tried-and-true shooter classics as well as innovative new ideas. There's also a comprehensive ranking system with special awards for the game's heroes. 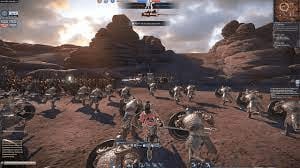 Blood of Steel is among the best low spec pc games or low-end pc games. In Blood of Steel, players go head-to-head in an online arena. From Joan to Caesar to Alexander, the globe has produced many historical figures. On the battlefield, lead them & your thousands of men to victory.

How can you use a chilly weapon to your advantage in a medieval-era battle? To win this game, you'll need to know each Hero, employ their unique abilities, and make the most of the terrain to your advantage. The most significant aspects of war are the creation of troops, the selection of units, and the planning of battle tactics.

4.The Lord of the Rings Online 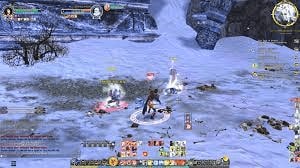 Lord of the Rings is among the best low end pc games. The Lord of the Rings OnlineTM is an award-winning online recreation of J. R. R. Tolkien's iconic Middle-earth, where you may join the world's biggest fellowship of gamers. To see Middle-earth like never before, visit Weathertop and Lothlórien and witness it in all its glory and grandeur. Spend some time in the Shire's green pastures, explore Moria's eerie Mines of Moria, and toast your adventures with a pint at the Prancing Pony in Bree! 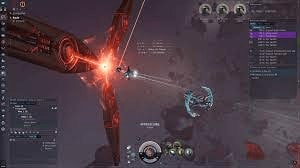 EVE Online is among the best low spec pc games(low end pc games). Become a part of an ever-expanding sandbox of space exploration, massive PvP and PvE conflicts, mining, industry, as well as a flourishing player economy. You may play EVE Online as a free-to-play spaceship MMO, picking your own route from a multitude of alternatives.

It's free to play as an Alpha Clone in this massive spacecraft MMO, and you'll be able to pilot any ship from any group. It is also possible to upgrade to Omega Clone for unrestricted Ship access and quadruple training speed for Capsuleers who are more ambitious than others.

The greatest multiplayer games for low end pc(best low spec pc games) provide for a terrific self-guided adventure since players have full choice over what they do and when. I hope this list of the best low end pc games is helpful if you're seeking games that can run on low-end PCs.