Compare Metaverse vs. Omniverse: An Ultimate Guide in 2023

The world of technology is growing so fast that today virtual life appears to be the reality. The two most common words coined under artificial intelligence(AI), augmented reality or virtual realities, are Metaverse and Omniverse. Both the terms roam around the same space but carry some differences also. With Facebook changing its name to Metaverse, this has indicated the future that will live in the space alongside the physical life. Omniverse, however, is the connection of metaverses for industrial operations. Augmented reality and virtual reality, alongside sensors, displays artificial intelligence, digital twins, and now the enabling technologies.

The road towards the emergence of the new Cyberspace Metaverse vs. Omniverse is still long. Still, they are already preparing people on the ground to precisely make these cyber realities like the ones used in video games. Do you want to gain verse knowledge on this new cyberspace trend? Then you are in the right place! We’ll be helping you gain an understanding of Metaverse vs. Omniverse and what it tends to be in the future. 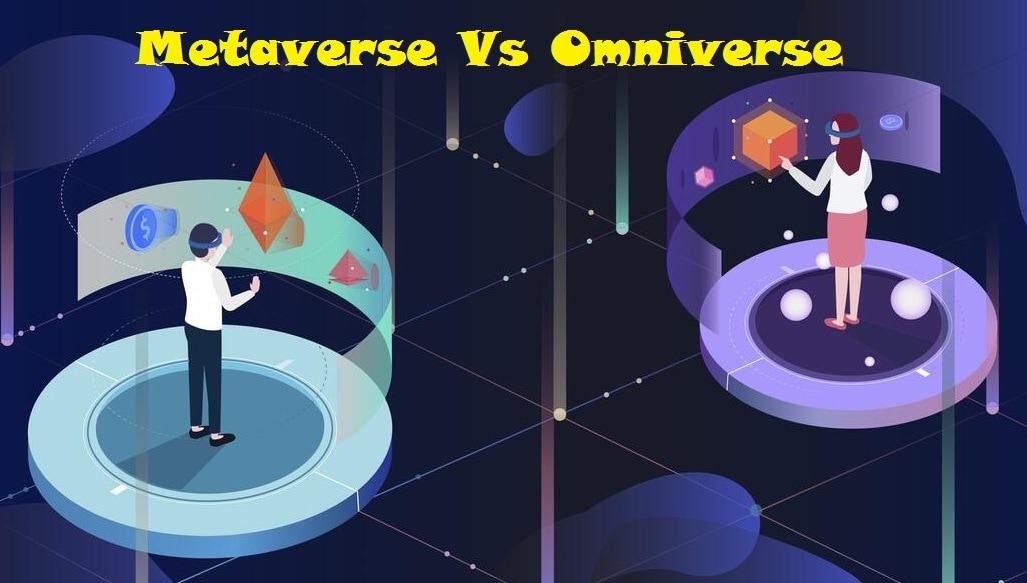 Part 1: What Is Metaverse and What Is Omniverse?

To give a clear understanding of the distinction between Metaverse Vs. Omniverse, we'll define the concepts.

The Metaverse is an internet idea that combines real and virtual worlds by utilizing cutting-edge technologies such as virtual and augmented reality. There has been much discussion around the potential of the Metaverse to revolutionize how we socialize, work, and learn, with Facebook renaming itself Meta to focus on this area and other significant technology businesses such as Microsoft joining in.

The Metaverse is a shared virtual world or interactive, collaborative, and immersive world. Like the physical universe, the Metaverse can be a connection of worlds. Many online social games and video games have reflected what a metaverse represents. Video conferencing tools that link colleagues together amidst the global pandemic are another indication of what’s to come. And just as virtual places will be persistent, so will the identities of those moving through them, allowing goods and identities to move from one virtual world to another and even into our natural world with argumentative reality or virtual reality.

Omniverse is a verse that contains everything that exists, besides other things that go out of existence. Omniverse is a platform that connects Metaverse into a shared virtual universe. This platform is among a growing number of industries for projects such as design collaborations and creating digital twins simulations of real-world buildings and factories. And only this is a combination of every single universe, multiverse, Metaverse, and more. It may only include our universe if it’s only one that exists, but it will also have them all if there are more.

Part 2: Compare Metaverse and Omniverse in a Comprehensive Way

The term Metaverse has permeated every conversation about the future of VR, AR, virtual communities, and 3D graphics. However, a key promise in most virtual world pitches is universal interoperability with other platforms and tools. Omniverse can be a tool to speed up creative work on the PC side. Perhaps it will also be the backbone of the next wave of AR and VR innovative applications.

Omniverse is a virtual tool that allows different areas to collaborate, such as engineers, corporate, etc., inspired by the sci-fi concept of virtual worlds where the universes are all interconnected. Omniverse is a platform that connects the Metaverse to a shared virtual universe.

Part 3: What Is the Future of Metaverse?

The 21st century is known for creating and expanding the virtual world. With the new trend of the Metaverse vs. Omniverse, which promises to be more interactive, communicated, collaborative, and immersive than what we know the internet has accomplished so far, we can see that It is the next big thing. Despite top entrepreneurs' high ambitions and promises to venture into this space, it has been clear that blockchain technology will overtake the Metaverse and help create a more sustainable ecosystem for all players with the aid of digital currency rewards. 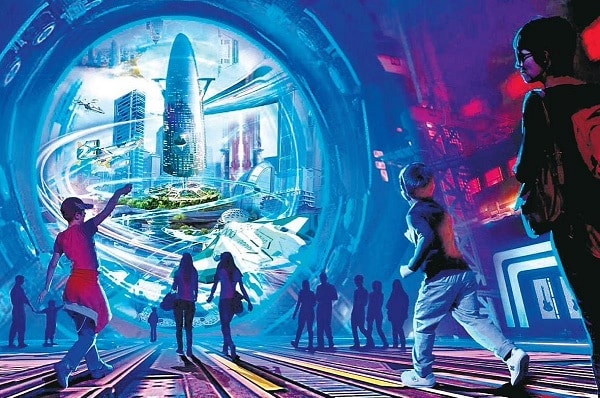 So, having gained knowledge on the difference between Metaverse vs. Omniverse, you can now see that it could be the new future as Omniverse could be used not only by industries but also by students and professionals to enter into the manufacturing space. To exploit this new virtual world, you can now focus your interest on exploring more on how you could successfully gain immensely from its existence.